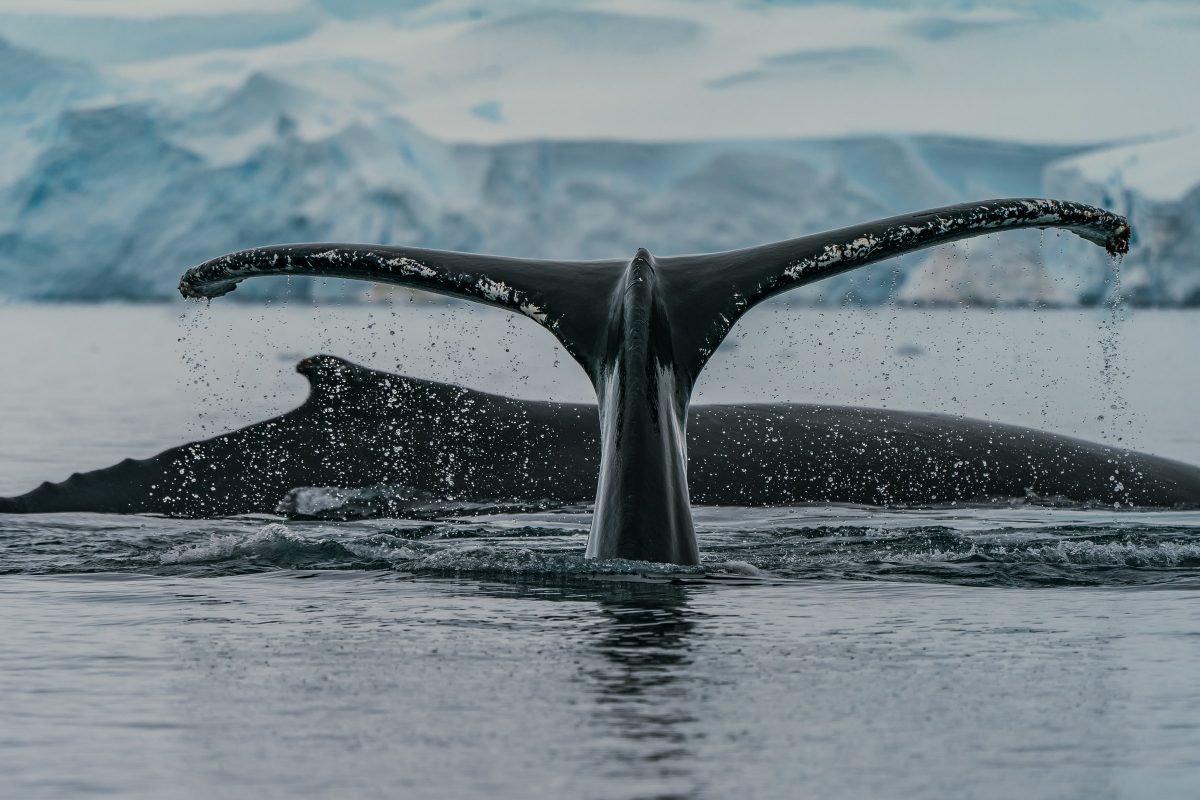 Bitcoin’s price hit an ATH of $18000 on November 18, 2020. Few hours prior to the price rally, open interest on top derivatives exchanges hit a new ATH of $6.4 Billion based on data from Skew. 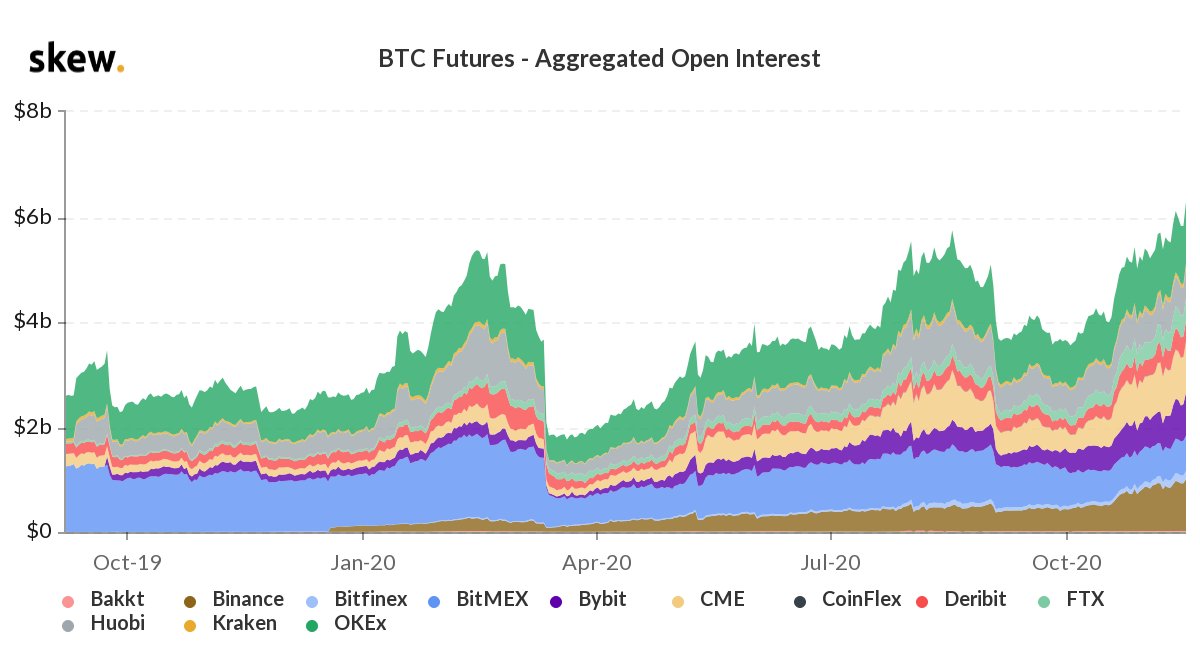 Bitcoin futures have hit new highs previously, however interestingly every ATH has been closely followed by a drop. So do we expect a drop this time around? Will the patter be followed, or broken?

The pattern may be broken as the current price rally has broken records of 2017. The historic 2017 Bullrun saw a rapid rise to the ATH of $19000 and a subsequent 65% drop in Bitcoin’s price in less than 30 days.  However, the current price rally is more sustained and the momentum in price trend has built up since July 2020, 3 months post the third halving. Moreover, institutions, including banks are increasingly making bullish predictions and commentary on Bitcoin’s price, the latest remarks by Citibank’s analyst was case in point. 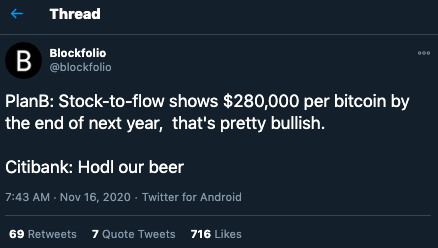 Why a bank’s prediction for Bitcoin’s price would be more bullish than @100TrillionUSD is unclear, however, the current market indicates extreme greed on the fear and greed index. Onchain analysts would agree that the asset is overbought and a correction is due. Bitcoin is trading at nearly twice its fair value. Though this may be institutional enthusiasm and FOMO, the new demand is generated consistently on spot exchanges and this is evident from the rise in Tether’s market capitalization. Tether being the entry point for rookies in the crypto space, seasoned traders are also known to HODL and transfer their crypto assets by converting them to Tether first.

The current map of unspent Bitcoins for Whales shows the biggest bubbles of HODLing and accumulation above $12k. This does not come as a surprise when read alongside the open interest chart, as most derivatives exchanges derive their trade volume and open interest from institutional and HNI clients.

At the current price, 99% of Bitcoin wallets, HODLers are profitable. This number has grown from 86% in October 2020 to 99%, and the HODLing continues. More Bitcoins are being pulled out of exchanges as the price rallies and the new ATH in open interest may be another cog in the “finite supply narrative” machine.

If the price continues its upward climb without much resistance, there may be no subsequent drop this time around.