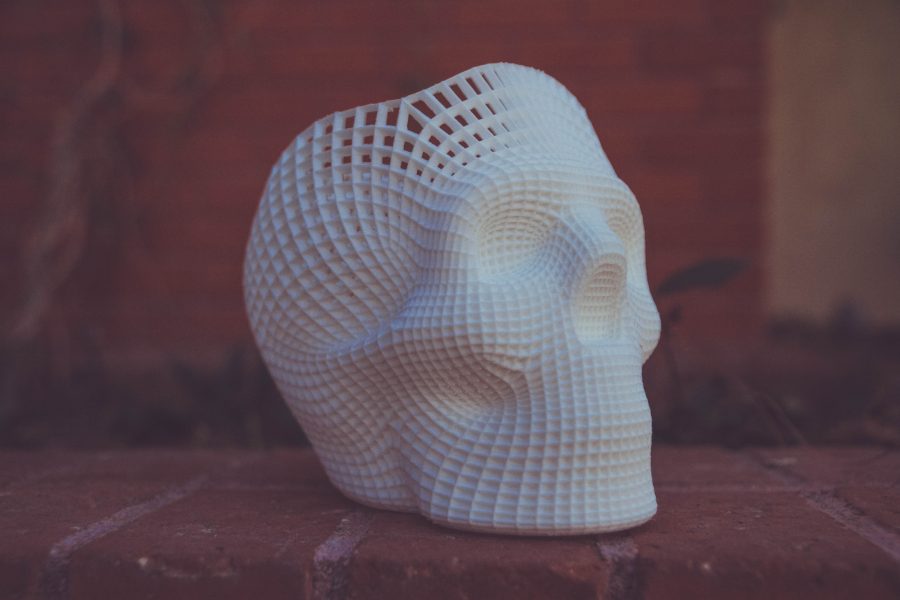 No, Bitcoin is not dead and that’s the end of it.

A 20% drop in 48 hours on September 25 caused Bitcoin liquidations worth ~$700 million on BitMEX, coincidentally, it was the official launch of Bakkt. Some people understand how Bitcoin works and for them, this drop is nothing to be worried about. However, to people like Peter Schiff who is a gold bug and doesn’t believe in Bitcoin, it might be dying or is bound to die out in the future.

Then, there are people like “MrRenev,” who are sure that Bitcoin will go down to zero, providing technical charts to back their claims.

Additionally, the mainstream media is still skeptical about Bitcoin and thinks of it as a bubble that will eventually pop and BTC will be worth zero. They compare it to Tulip Mania, housing bubbles, and any bubble for that matter. Further, empirical statistics from Google Trends and Twitter volumes enforce these tin foil hat conspiracy theories.

Although not directly relatable to Bitcoin’s health, its Twitter mentions volume has reached an all-time low. More than that, it is collapsing rapidly.

Also, the Google Trends for Bitcoin search volume has not recovered since hitting an all-time high in 2017 and is on a descent. Moreover, the same can be said for altcoins, most of which never really took off after the 2017 bull run.

Altcoins can be broadly classified into two types; those that are legit and were built to solve a specific problem, and those that were purpose-built to profit and are scams. To an outsider looking in on the price of these coins would allow them to infer that these altcoins are scams. Additionally, this connotation gets translated to Bitcoin.

When factoring the above and every time Bitcoin’s price has seen a rapid descent, it would seem like a perfect set-up for assuming Bitcoin is dying.

Skepticism or criticism isn’t necessarily a bad thing, every good idea/invention needs it. However, blatantly disregarding the concept or the idea is rather foolish. Bitcoin has changed how millennials perceive economics; it has paved way for other cryptocurrencies to flourish and challenge sovereign currencies around the world. It has also allowed people to question the standard, that is fiat money. Perhaps, Nic Carter put it best when he referred to Bitcoin as the “most post peaceful revolution.”

Setting aside emotions, fundamentals of Bitcoin look stronger than ever. Hash rate, which is the lifeline of Bitcoin network, has been relentlessly climbing, registering new all-time highs. At press time, the hash rate was 102 EH/s; this shows massive network effect that has snowballed into Bitcoin. 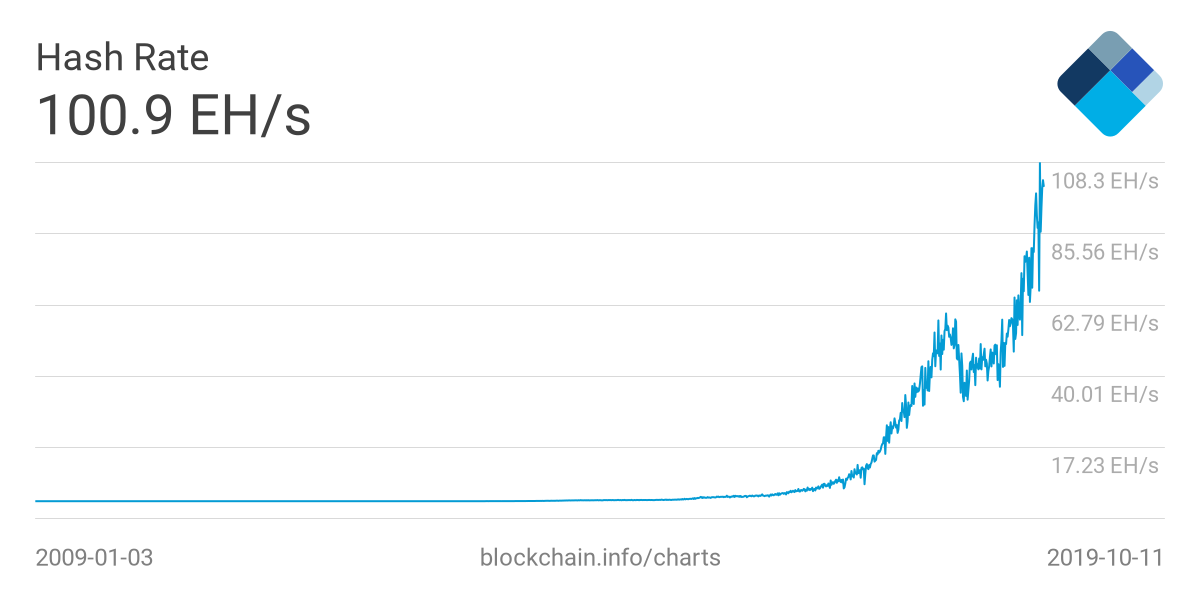 The main problem that Bitcoin as a blockchain has is scalability, which means that it cannot facilitate more transactions with higher speeds, especially in comparison to other blockchains that achieve this. During the 2017 bull run, total transactions also hit a peak of ~490,000. At press time, it was ~360,000, only a few hundred thousand transactions away from reaching an all-time high, yet the fees are subsequently lower.

The current state of the Bitcoin network is, in a way, handling the same amount of transactions as it did in June 2018, but with a radical decrease in fees. This shows that the network has matured over time. Additionally, SegWit adoption has started to grow, which explains why on-chain fees have reduced.

Ever since September 01, SegWit adoption has climbed, and it continues to rise higher. SegWit or Segregated Witness was proposed for implementation on Bitcoin mainchain in BIP141. SegWit as an alternative to increasing the block size and fixing transaction malleability, a bug that was present in Bitcoin’s code that allowed changing small details of the transaction.

“Segwit adoption is good for the network but generally requires additional effort on the part of the programmers. We can only assume that the recent adoption is coming from merchants and wallet providers who want to see Bitcoin running more smoothly.” 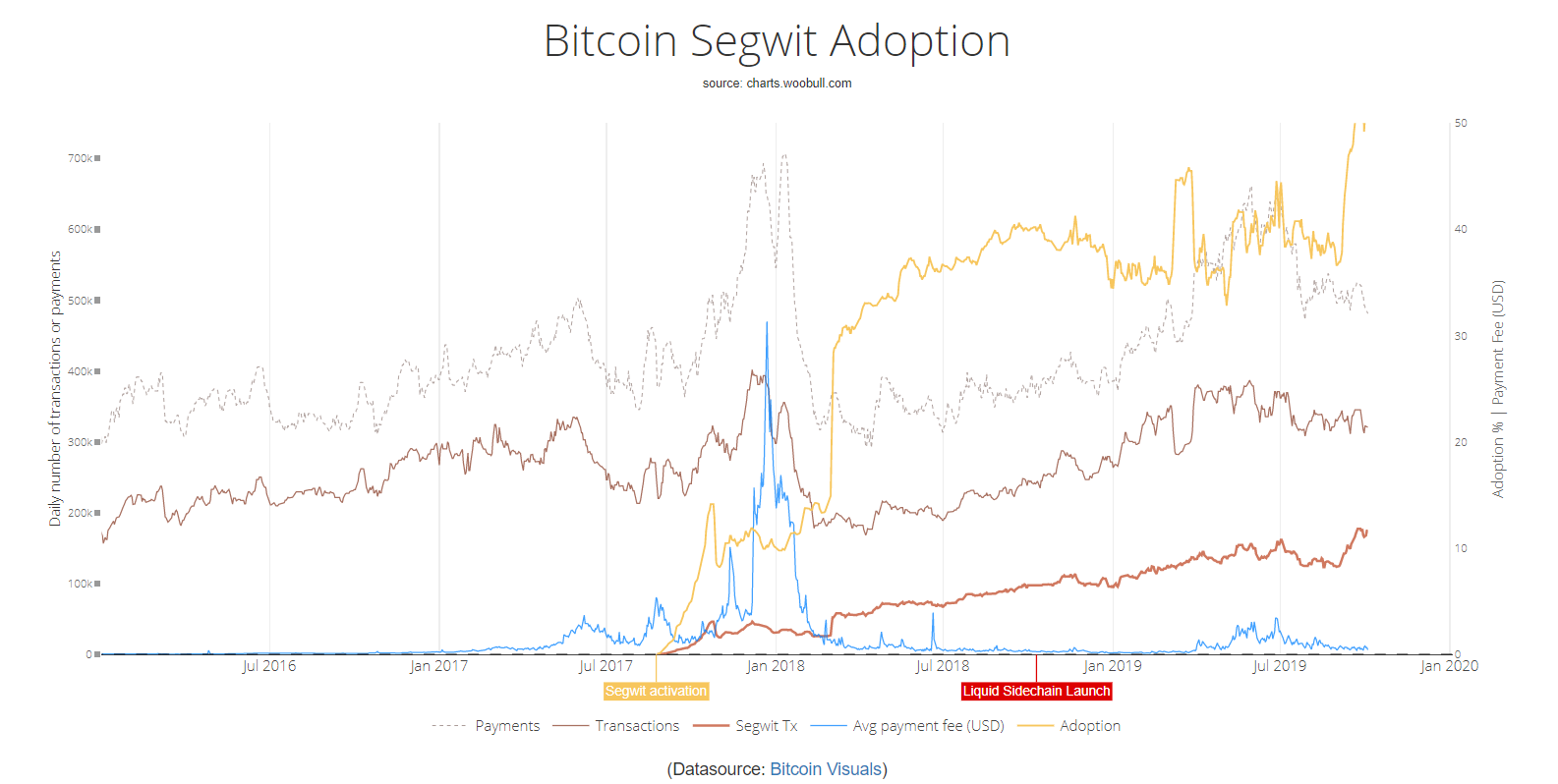 For people wise and comfortable enough to understand how Bitcoin works and why it is thriving a decade after it was launched, the sudden drops seem undaunting. However, people who aren’t, might fall victim to propaganda, about how it is a bubble, a Ponzi Scheme, and destined to go to zero.

Mainstream media or traditional financial sectors have been cynical of Bitcoin and hence, have prematurely pronounced it dead not once, but more than 350 times. Despite everything, Bitcoin seems to be alive and kicking as it goes through another bust cycle, prepping for a higher high in the imminent future.

“Over the years, many people have attempted to declare bitcoin’s death but as we can see the world’s first cryptocurrency, ten years later, is stronger than ever.”

Maybe there needs to be another “Thanksgiving dinner table discussion,” as it did right around the 2017 pump. Although there’s a lot of talk about how Bitcoin’s pump in 2017 was partly fueled by the ICO boom, the same will not be the case for next bull run. The next bull run will be fueled by Bitcoin’s adoption. Bakkt is one such example, which will be a gateway for institutional investors to get their hands on Bitcoin.

The last bull run gave Bitcoin the exposure it needed. However, the imminent bull run is supposed to be more spectacular than the last as there are predictions of BTC hitting $1 million. Perhaps, the most well-known prediction was by antivirus genius and computer scientist, John McAfee, who predicted that Bitcoin will hit $1 million by 2020.

If all these predictions by industry’s reputed personalities suggest something, it’s that Bitcoin is not heading towards its doom. In fact, it is doing the exact opposite; it is on its way to become the currency that will someday challenge fiat. Although scalability is still an issue, it will change over time as Bitcoin sees more adoption.

So, the next time Bitcoin drops by 20% or more, remind yourself and others about the course Bitcoin is on, the path towards a better financial future free from the clutches of a nosy government.