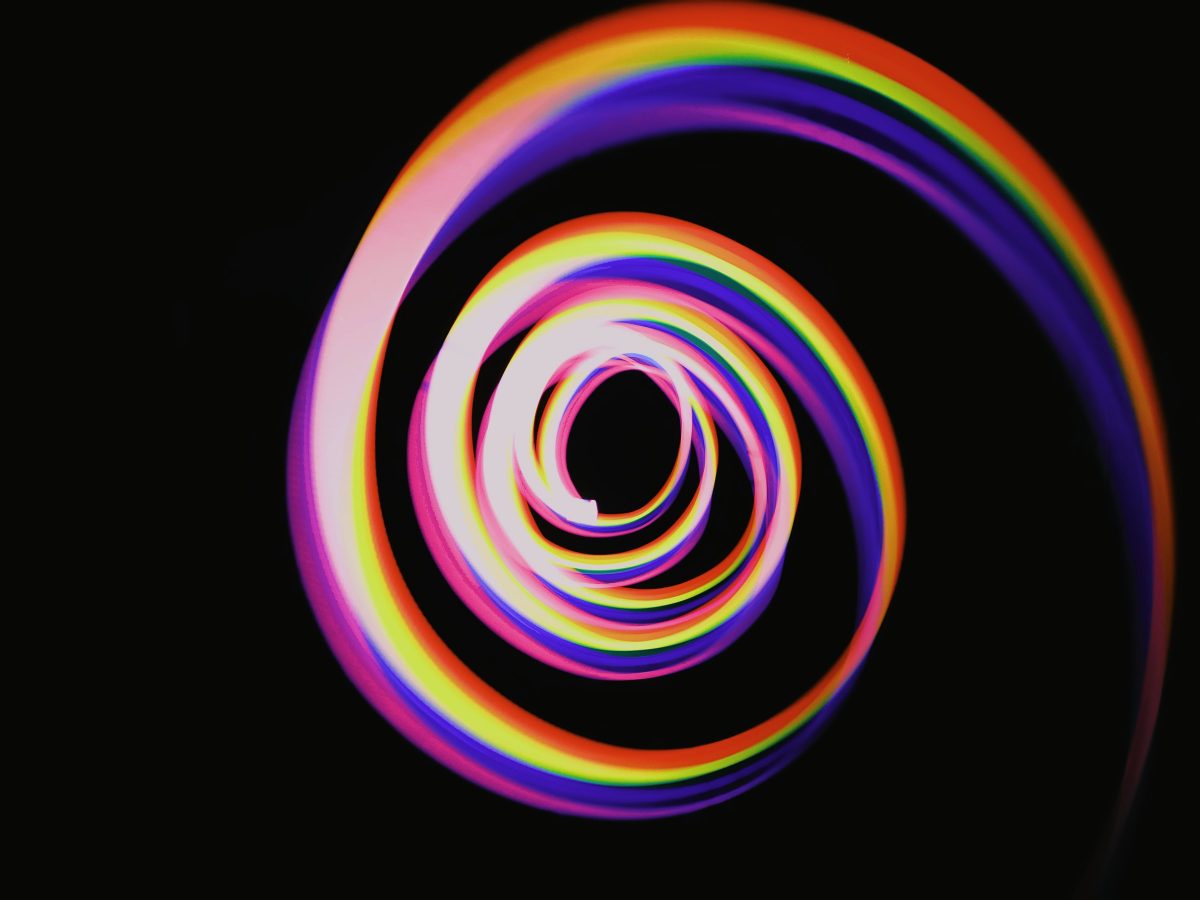 Another weekend for Bitcoin’s price action has passed quietly. The entire week, as Bitcoin’s price hit new ATH, there was the anticipation of the price crossing $20000. There was an increase in percent active supply and the increasing liquidity by whales was balanced by retail and institutional buying. In the past week, the price increased by over 4.4%. Based on data from CoinMarketCap, the trade volume on weekends on spot exchanges is nearly half of the weekday volume. 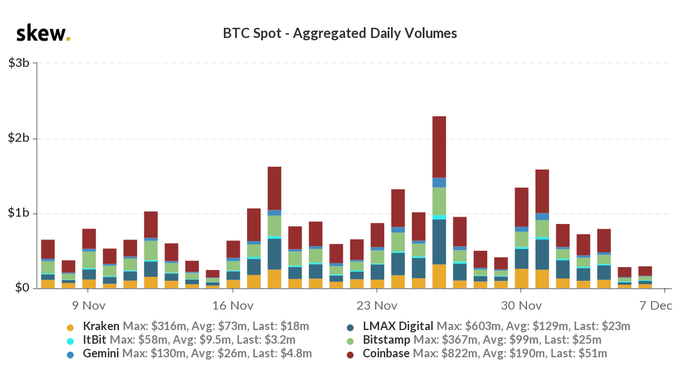 GrayScale and MicroStrategy have been buying rapidly, however, miner’s supply to exchanges was being absorbed by whales. Due to increasing sell pressure, whales are selling and weekends have less activity unless institutional movement is observed on charts. Has institutional participation become entirely critical? If retail demand and buying have dropped to the low rungs, how long can the price rally sustain?

This weekend is no different than the previous few. Though Bitcoin’s price recorded the highest weekly close, the impact on retail trader’s sentiment is minimal. Exchange trading volumes suggest that traders took the highest weekly close with a pinch of salt. Similarly, Open Interest on derivatives exchanges is down 4.2%, and Hedge funds net short have hit a new all-time high, based on data from Unfolded. Relying entirely on institutions for a sustained price rally suggests that the volatility may be skewed by merely a few institutions.

The following chart lists institutions that now hold 842,000 Bitcoin, worth over $16 Billion. Though this institutionalization is entirely bullish in the long-run, in the short-run retail traders may suffer several bull-traps, and price discovery may continue to remain a challenge. 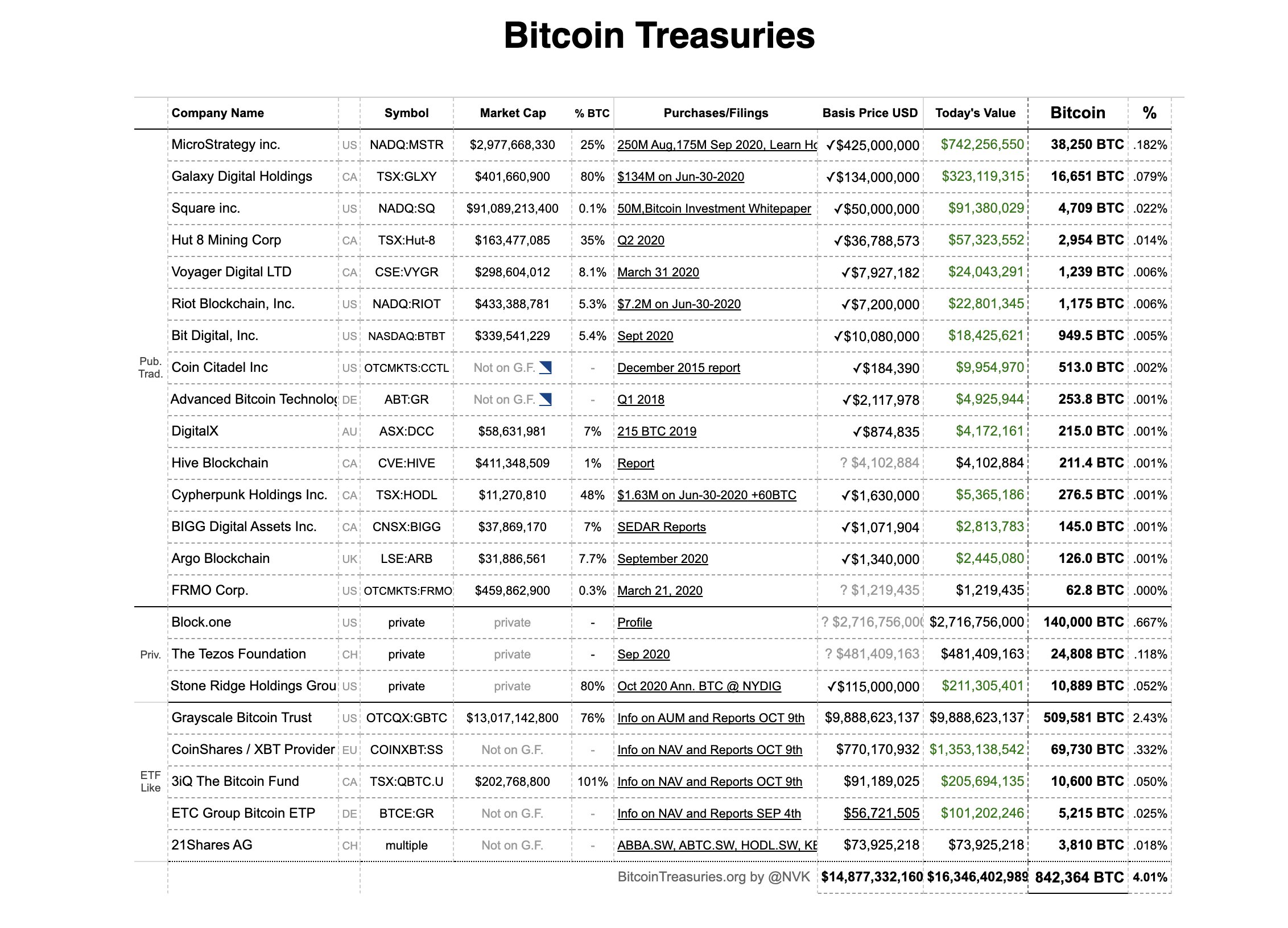 The primary driver of Bitcoin’s rapid adoption is its decentralization and utility. But rapid institutionalization is entirely capable of dropping volatility and momentum in Bitcoin’s price rally. Just as Hegde Funds are plagued by lack of volatility and a resulting drop in ROI in their portfolios, there is a possibility that Bitcoin may suffer from a similar fate if weak hands keep selling. The participation of institutions is bullish for the price in the long-run.