While most of 2020 meant uncertainty and consolidation for Bitcoin, the past few weeks saw the cryptocurrency in good stead from a trading price point of view. Not only did Bitcoin’s price manage to stay above the crucial $15k-price level, but it also briefly breached the $16k-mark, before falling again.

While there has been a lot of debate and speculation regarding whether or not a re-run of its 2017 conquest is likely to take place this year, key indicators like the whales behind BTC, institutional investors, and the miner demographic seem to be showing promising signs for BTC. 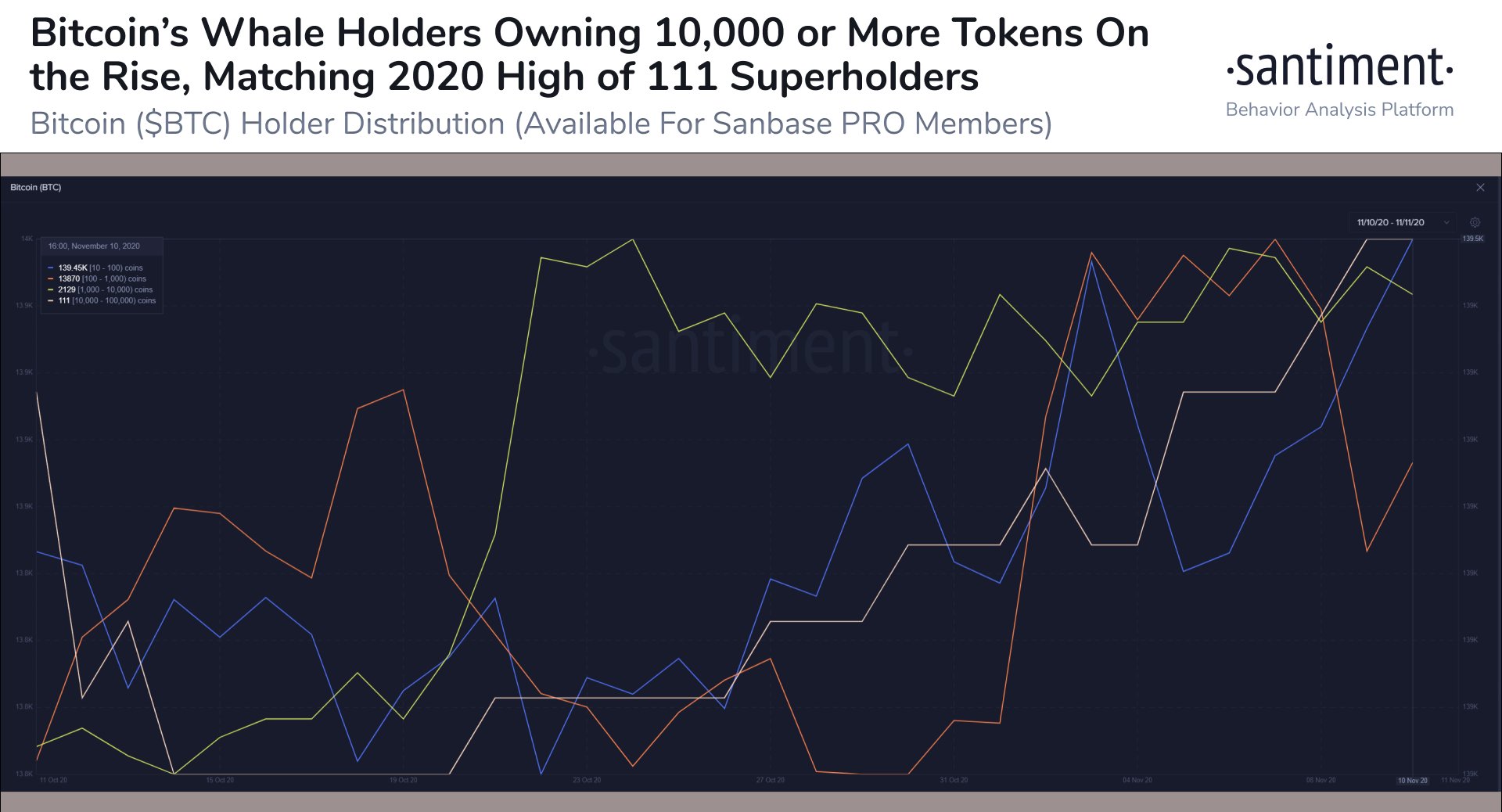 According to market data provider Santiment, the number of Bitcoin whale accounts is steadily increasing and these whales are likely to sustain the current bullish sentiment that Bitcoin is enjoying. The number of addresses holding at least 10,000 BTC has matched a 2020 high of 111. Further, the number of accounts that have 1,000-9,999 BTC is just 6 below the ATH of 2,135 addresses.

Taking a look at Whalemap’s illustration of Unspent Bitcoins for whale accounts one can see that a lot of Bitcoin has been accumulated approximately around the $14k to $15.5k price level. Such accumulation is likely to offer the coin’s price support in the event of a correction. The fact that these supports have held strong for so long illustrates how crucial these accounts are for the crypto’s future aspirations.

While 2020 has not fulfilled many of the price trajectories many analysts were predicting, Bitcoin has delivered on the institutional investment front. On the back of a steady rally over the past few months, economic conditions are providing big institutions with an incentive to make huge investments in Bitcoin.

In fact, according to JP Morgan, Bitcoin does have tremendous value as a long-term asset, with one of its reports elaborating on how Bitcoin’s potential long-term upside is “considerable.” This general change in sentiment by many in traditional finance can be evidenced by the following, 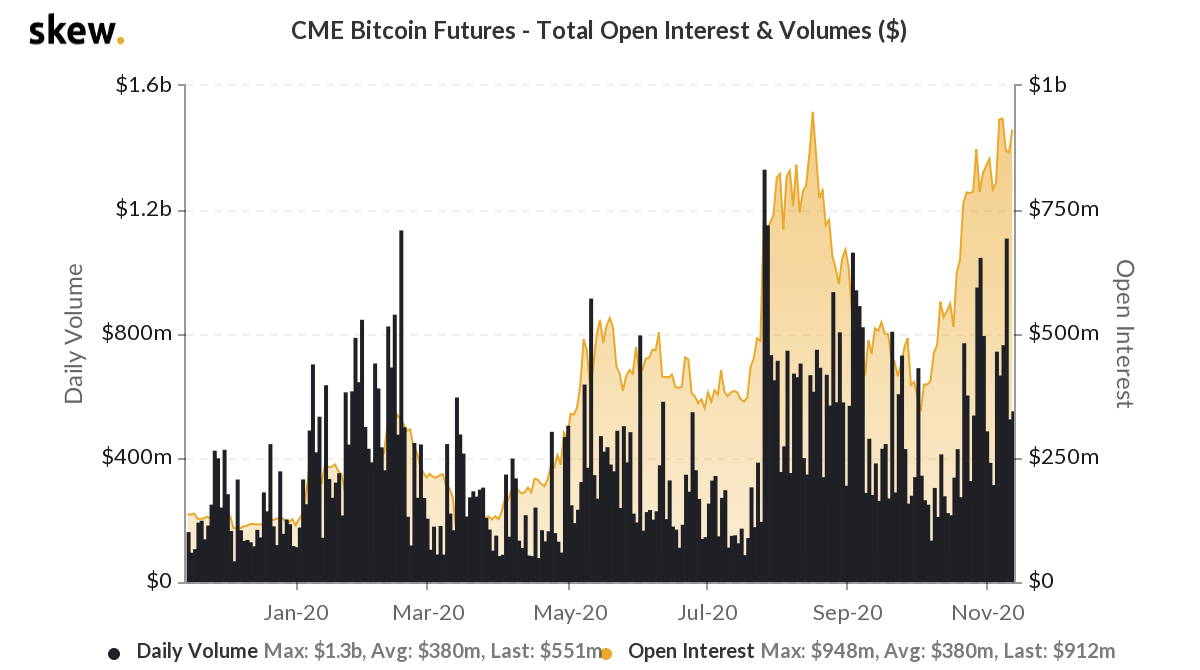 Skew’s data highlighted a significant hike in Bitcoin Futures’ OI and volume on the CME. At press time, the total Open Interest amounted to around $912 million. Such a high OI has been seen only on one other occasion this year.

Interestingly, echoing a similar positive sentiment, yet another key Bitcoin demographic seemed to be solidly backing the present bull run. Bitcoin’s miner community had a fairly challenging year. The reduction of Bitcoin’s block rewards and the subsequent period of sideways movement for the cryptocurrency did threaten many miners. Additionally, the end of the wet season in Sichuan province could have also been responsible for dwindling Bitcoin balances on miner wallets.

An important metric to observe as #Bitcoin's price battles ~15.9k resistance, a big milestone for heading towards new ATHs.

However, according to recent network data provided by Glassnode, Bitcoin balances on miner wallets are now stabilizing. A sign that miners no longer need to sell the Bitcoin they mine to remain operational and sustainable.

The fact that BTC’s trading price has been able to stay close to the $16k price level may have been the tipping point that has helped sustain the hodling sentiment within the miner demographic. Coupled with the confidence of the crypto’s whales and institutional investors, Bitcoin’s 2017 rerun is not a matter of ‘if,’ but ‘when.’

Related Topics:Bitcoin whalesfeatured
Up Next