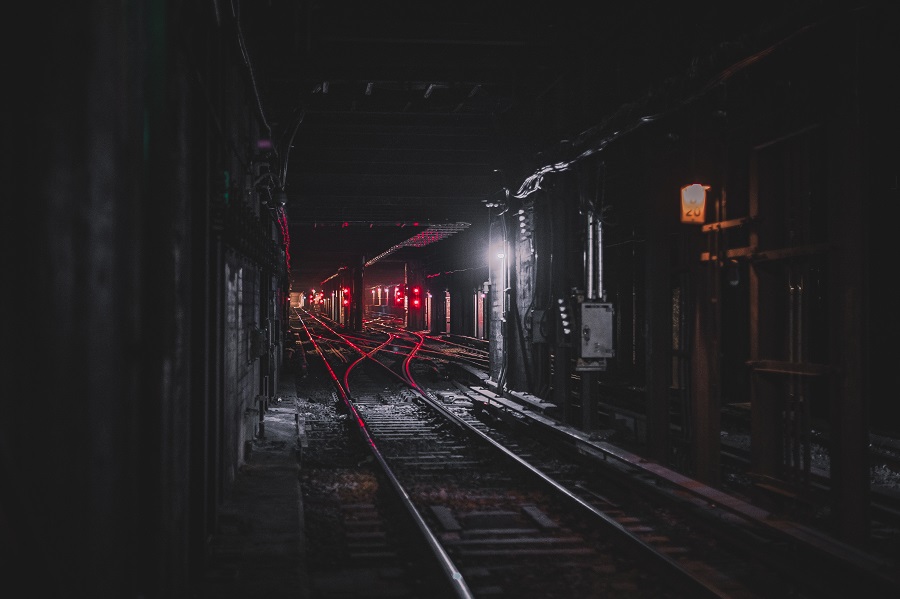 Bitcoin’s drop resumed after a brief pause, the price breached previous lows to create a new low of $7,714. The market cap of Bitcoin has come down from $231 billion to a mere $140 billion. This drop might have come as a shock to a lot of people in the space who are in search of the bottom. 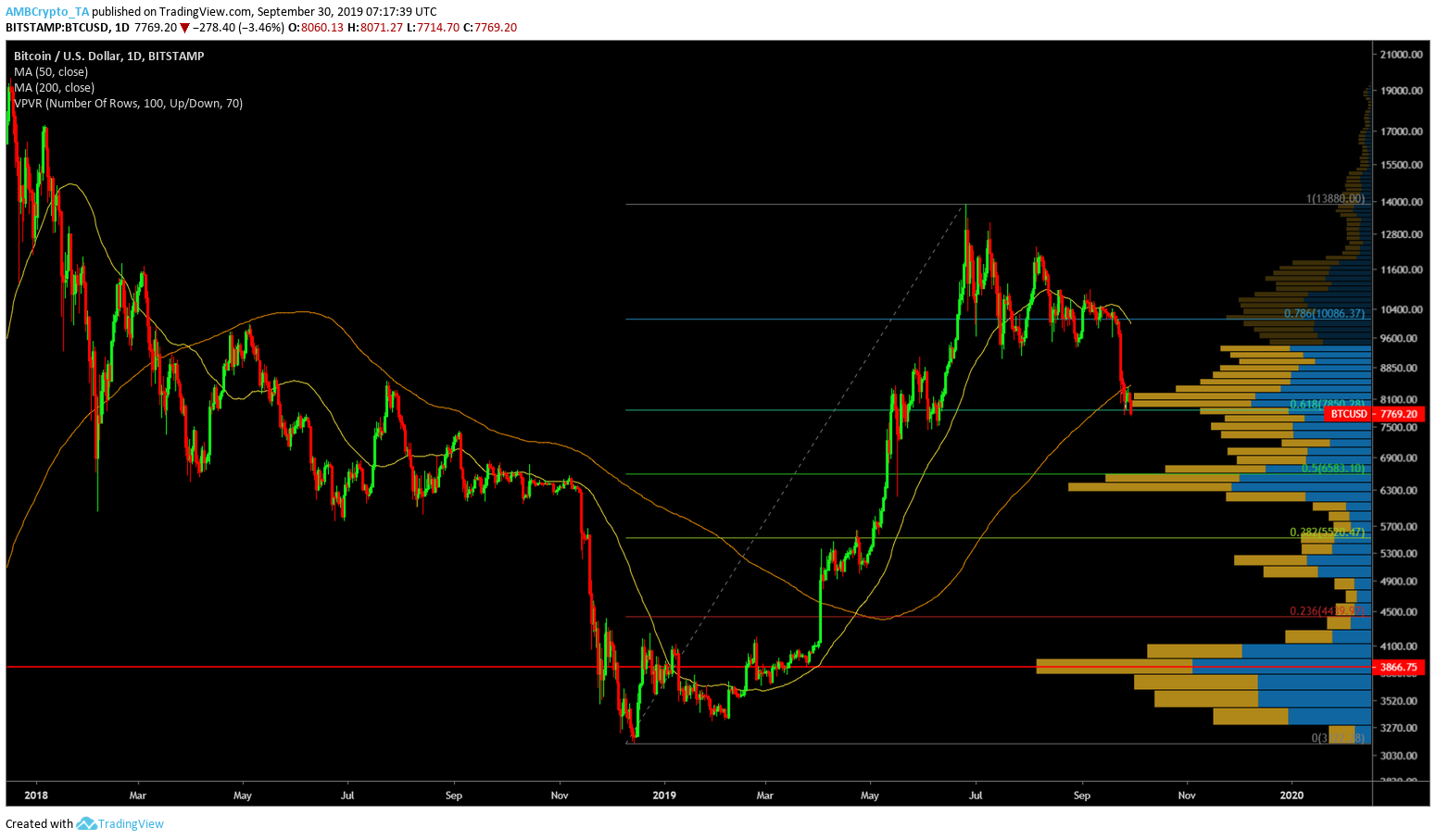 The daily chart shows that the drop for BTC found support at the 0.618-fib level i.e., $7,850. The price has been testing this since September 22 and judging by the looks of it, it will be breached in the first week of October. This will leave Bitcoin open to massive price drops, combining Fibonacci retracement tool with the volume profile indicator [aka VPVR] would provide considerate ranges of where the price might find support. VPVR indicator, for this chart, considers price action from 2018 to present.

The most imminent level for Bitcoin to reach in the next few days, if the bearish momentum holds, is $6,700 to $6,300; here, the bulls might take over and it could see a potential reversal. However, another important thing that might occur if the bulls fail to takeover is – Death Cross. 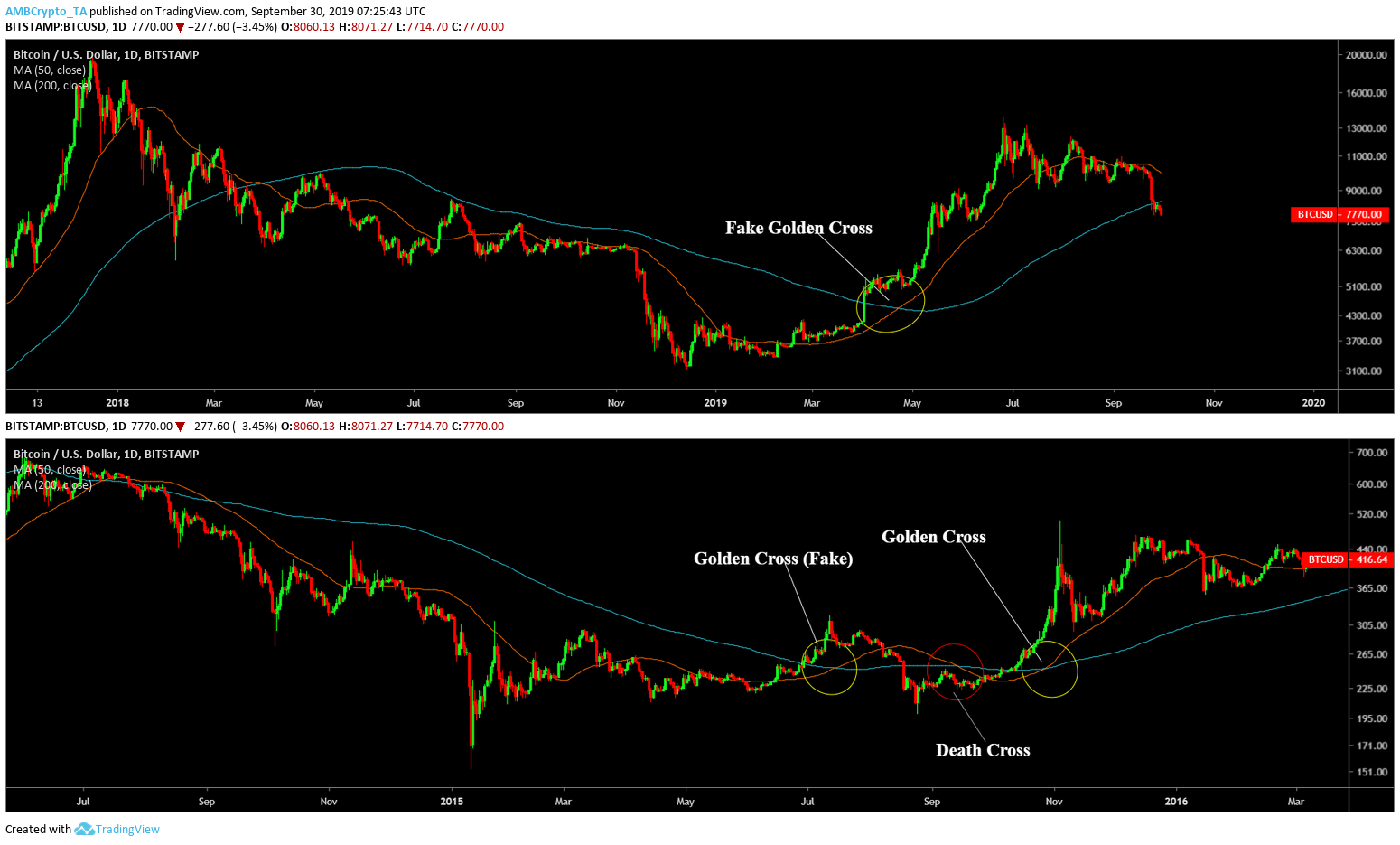 The death cross is usually considered a bearish sign. The bull run usually tends to take place after a Golden Cross, which took place on April 23. Contrary to popular belief, this Golden Cross was a fakeout, which was seen back in 2015. The first golden cross was followed by a massive spike in the price of BTC causing euphoria; however, the truth always seems to find a way to triumph over lies that people believed. The death cross was finally witnessed in October of 2015; an eerie coincidence that October 2019 will be the month that BTC might undergo a death cross?

This death cross could provide a window of opportunity for prices to revisit the $3,000-levels, anything below this seems less likely, at least for the sane mind. However, there are a couple of traders who have been calling sub-$3,000 levels for Bitcoin.