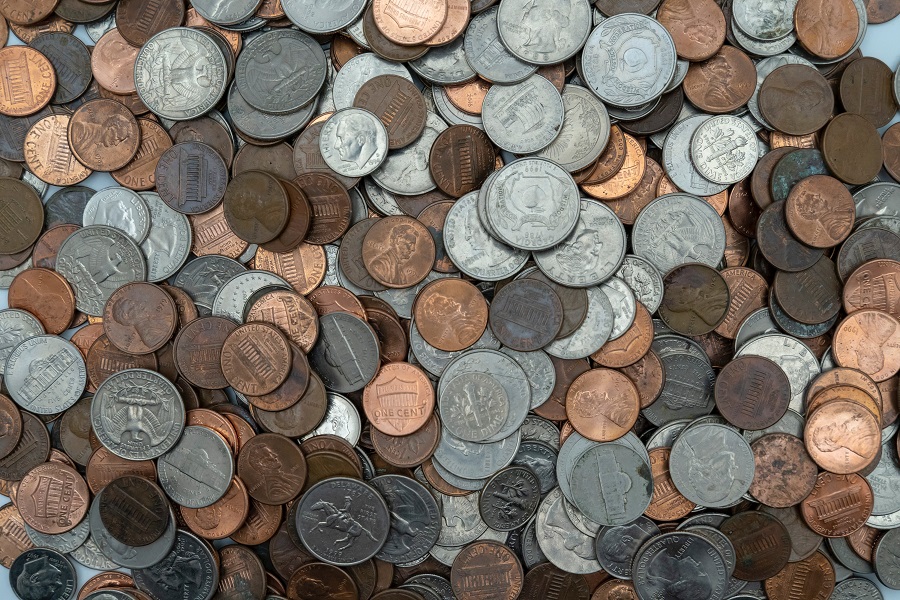 Would you rather Dollar Cost Average Bitcoin? Or trade it? Perhaps you could just buy the dip? Or maybe it is too risky, confusing, and emotionally taxing to know when to invest in Bitcoin.

This article attempts to determine profitable time frames for investing in Bitcoin.

Investment, although a fairly recent human construct, has been inherent across species as well. Consider this – squirrels hoard nuts in preparation for a rainy day. However, humans have come a long way from hoarding food supplies. Investing in the 21st century relates to one thing and one thing alone – financial investment.

Success is measured by the amount of wealth one owns. George Soros, Bill Gates, Warren Buffett, Mukesh Ambani, etc., are revered for the vast wealth they’ve amassed over their lifetimes. History books talk about the Tulip mania, the Gold, and the Oil rush, the DotCom bubble, and other periods of investment that would have made investors rich in just a short span of time.

With Bitcoin, the story takes another path. Perhaps it is Bitcoin’s quick and hyperbole rallies that attract millions to it. Or it could be the nature of Bitcoin, one that disrupts the status quo, be it governments or their sovereign currencies which are stuck in a cycle of inflation/deflation and recession. But one thing is certain, Bitcoin has garnered enough praise to attract billions in investment. 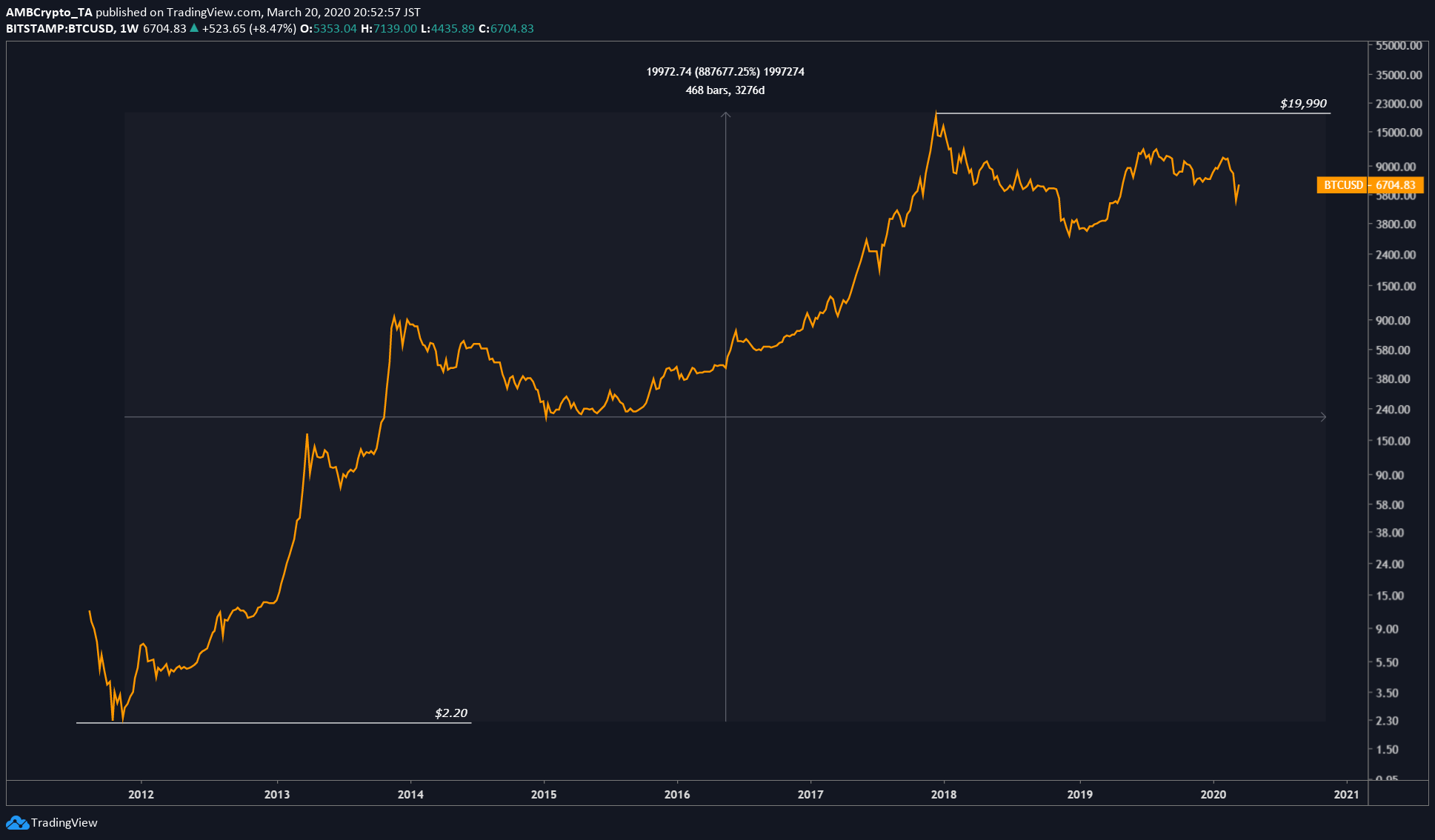 A broader look at Bitcoin’s chart shows its ability to hold value over time and why investing in it makes sense. A whopping 887,000% increase in value over 11 years; unlike fiat, which is constantly being stimulated and inflated.

The Fed has been cutting interest rates since 2019, some of which were planned while others were a necessity. Due to the Coronavirus pandemic, the Fed cut interest rates twice in 2020 and the rate is now effectively zero. 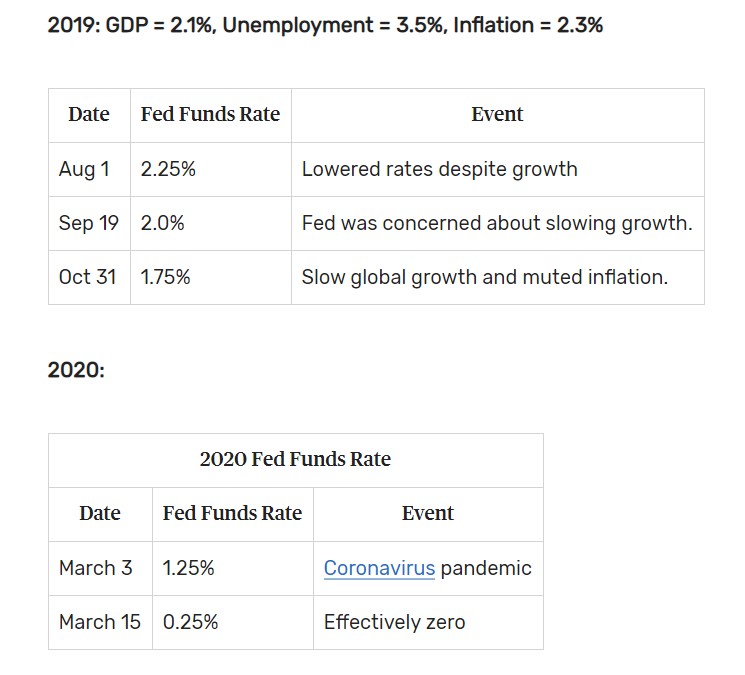 Additionally, the Fed also announced in March that it would offer $1 trillion in overnight repo operations, every day, to large banks for the rest of the month [Yes, these are repo operations where the Fed buys assets in order to inject liquidity into the markets, esp, credit markets]. Due to the pandemic, most businesses are failing and hence, to prevent important ones from failing too, the Fed is going forward with fiscal stimulus, quantitative easing, etc. This is effectively inflating the U.S. dollar and every person who holds it.

Bitcoin, unlike most fiat currencies, is hard money with only 21 million BTC that will ever be minted. Due to its properties, investing in an asset like Bitcoin would prevent loss of wealth.

On a higher time frame, Bitcoin’s returns have consistently stayed positive in Q2 since inception [except 2018]. The rest of the quarters vary depending on how the price varies. We can infer from this that investing in Q2 would be a bad idea and that taking profits would be the appropriate thing to do in Q2.

Investing in Q1 would be the most efficient time frame since Q1 has the highest negative returns. Q1 of 2018 saw a massive drop in BTC’s price since the previous peak was seen in December 2017. Similarly, December 2015 also witnessed a peak, which was followed by a weak Q1 for 2016.

The daily time frame is where things get tricky since investment in this time frame would suggest consistent investing once a week and on one particular day. This is risky due to two reasons – high volatility of Bitcoin and the emotional challenges accruing to the need to invest regardless of the price levels.

Based on Bitcoin data collected from 2012 to 2020, the daily average price of BTC was calculated and its deviation from this average. Hence, the attached chart shows the best days to invest in Bitcoin. 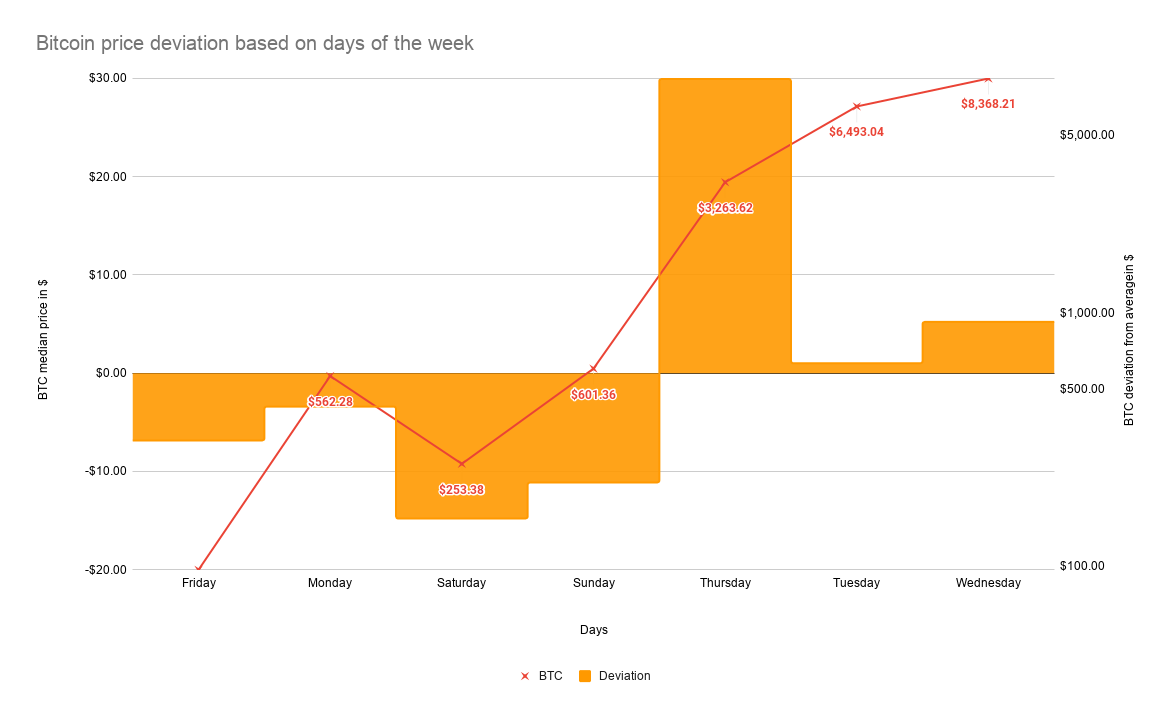 Clearly, Saturdays would have been the best day to invest since the average price was lower than the actual price of Bitcoin. The second best day would be Sunday, followed by Friday. The worst possible day to invest would have been Thursday since the price of Bitcoin was higher than the average daily price. When the price of BTC in terms of USD is higher, purchasing BTC with a fixed USD denomination would accrue small amounts of BTC.

“River Financial clients are setting up a recurring buy order on the platform of a smaller amount to ensure that they are continuously increasing their Bitcoin position. This provides the investor with a varied cost basis. The most common interval for recurring buy orders is weekly but we’ve also seen an increasing number of clients set up recurring buys on a daily interval.”

Either way, the profits were more or less the same on a daily time frame; however, an interesting observation would be that for Q1, there is usually a dip in BTC’s price. Hence, investing deep in Q2 would allow one to obtain more BTC for less investment and selling in Q2 would allow one to obtain the most profit. Similarly, selling on Thursdays would have garnered the most profit.

Even though the Coronavirus has caused stocks to stop rallying and plunge instead, the correlation with Bitcoin has caused it to collapse as well. Hence, the negative average returns prophecy in Q1 was fulfilled. Due to the recent panic, the price of Bitcoin fell as low as $3,850. Since then, the price has managed to more than double. The last time Bitcoin went into the $3,000 level was in December 2018, hence, people who bought this dip would have been more profitable than people who would have bought every day on a specific week.

Trying to time bottom and tops is a very risky process, which is why it’s called ‘catching a falling knife‘. This would not be a great investment strategy due to obvious reasons; however, dollar-cost averaging or investing daily, weekly, bi-annually, or quarterly, is a far safer bet than trying to time the bottom.