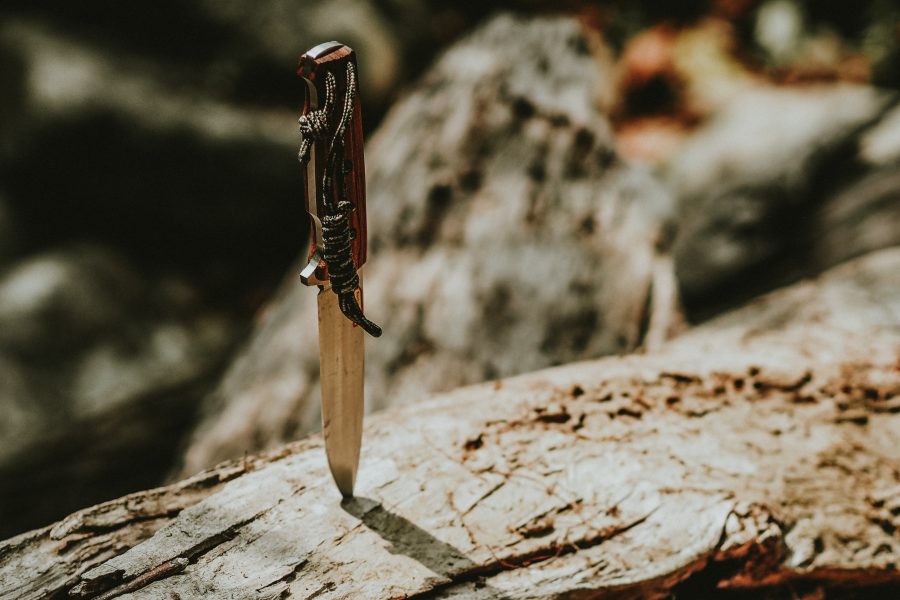 When I first discovered cryptocurrencies, the technology behind it, and the ethos, it made me feel part of something big. After doing meager research and knowing that I could only invest what I was willing to lose, I tested my luck in trading, a wildly volatile asset class, that could either give you massive gains or gut-wrenching losses.

I put up my first trade and I could see profits sizing up right before my eyes.

I was printing money!

It was a fuel that fired my instant-gratification-seeking mind. I loved it. I wanted more of it, even after I suffered my first loss and liquidation, I was hooked.

Little did I know that it was going to be a journey of losses and continuously staring at the screen waiting for BTC to tick higher, away from my liquidation point. Before I knew it, I was addicted. Yes, trading and the rush that came with it.

This is perhaps, the ultimate reason why most newcomers fail to trade profitably and quit. Trading is more than just luck, it is a combination of exercising willpower and discipline. Usually, 97% of all the traders fail or quit, while a small number of them make it.

Very few of those who make it try to do an impossible task – predicting the top or bottom. Others steer clear of it.

The colloquial term for trying to predict bottoms of a rapidly descending asset is called catching the ‘falling knife’ and as obvious as it sounds, trying to predict the bottom could spell disaster due to numerous reasons. Yet, some try and go for it. The profits, if one gets it right, are huge, however, for a novice trader, this could mean loss of capital. Although risky, a more seasoned trader could easily prevent losses by using stop-losses.

Every bull run is typically followed by a bearish market, and this when people try to predict how low the market might dip or how long it can last. With countless factors and continuously changing outcomes, people still try to predict the future. Some have a stroke of luck, while others, not so much.

Traders’ Perspective on the figurative knife

Almost all traders AMBCrypto spoke with said that they stayed away from trying to predict the top or bottom. Trading has got more to do with risk management and discipline than gambling. The traders said that this was the mantra that most of them adhered to and without this, most people who get into trading would eventually fail.

A trader, who goes by the screen name, Satoshi Wolf said,

“It is not something I even attempt to do. The closer you are to the top or bottom the higher the risk.”

He added that he would “prefer to wait for the trend to define itself before entering” and that his entry would be a calculated trade with “defined entry, stop-loss and exit”.

So, what is it about trading and catching the falling knife that allures most traders but escapes them nonetheless?

Cryptocurrencies differ from the traditional stocks by a major factor, volatility. Wildly volatile unexpected surges/dumps make a lot of profit-mongering traders salivate to predict the tops/bottoms.

Bitcoin, the largest cryptocurrency, has had its fair share of sudden surges and dumps, even pumps and dumps; some span from a massive 50% dump to 30+% surges.

The statistics of some of these surges/dumps are seen in the table below.

November 14, 2018, the day before the Bitcoin Cash hard fork was when a huge chunk of Bitcoin’s hash power went away, causing the price of BTC to dip from $6,000 range to below $3,500. The total dump was more than 50% which spanned over a month, however, 35% dump was witnessed in less than a week. Similar dumps and surges are alluring yet risky nonetheless.

“My suggestion would be to buy and sell partially and never try to catch a falling knife. Because the terms peak and bottom are too complicated to determine. The best thing to do when finding a bottom or top is to use every tool available such as fibonacci sequences, formations, indicators and ofcourse always pay attention to the psychology of the market.”

Another major dump was witnessed quite recently on one of Binance’s IEO tokens, Matic. The token plunged by a massive 74% in over a day, causing widespread panic among holders and the project’s team. As uncertain and unexpected as 74% dump sounds, some traders managed to predict this.

One such trader is Kripto Dayi, who tweeted the incoming dump two days before it happened.

“Many traders believed Matic would do ATH, and Market Maker took advantage of that psychology. It was a huge plot twist and a great example of ‘Buy the rumor, sell the news’.”

Another trader, MacnBTC did more than just predict, he even shorted Matic hours before the dump initiated.

I would like to thank the guy in the comments who said “another leg soon” – made me marketshort. pic.twitter.com/4tHIBfXhcM

Matic’s dump caused ripples across Binance’s IEO tokens, that plunged with it, Harmony One token slumped by 41%, Celer, Elrond and Wink followed suit with 24%, 26%, and 17% dump respectively.

With regard to Launchpad token’sd dump, Satoshi Wolf said that it was due to a “strong correlation” and “a number of factors mainly due to people panicking for various reasons. Especially all being on Binance.”

Dayi added that only the strong IEO tokens would survive and the weak ones would disappear in time.

More often than not, a sudden dump of this extent is followed by a sudden surge to at least half of the dump. Thinking along the same lines, @whaleteamm, said that he bought Matic tokens worth 30 BTC at 290 sats. However, the token did not pump, causing the trader to sell his holds at around 200 sats.

When asked why he didn’t hold on to his tokens a little longer, the trader added,

Perhaps, the best and the most accurate top prediction was from the creator of Litecoin, Charlie Lee. Lee explained that he sold all of his LTC holdings in three separate batches, although he does not disclose the amount.

Not only that, but Lee also predicted the bottom of LTC after the 2017 bull run accurately.

Trading is not just ‘buy low and sell high’. There are multiple factors that play a crucial role in deciding if one should enter the trade or wait. It also depends on what type of trade is being executed: if it’s a swing trade, scalp trade, day trade, position trade, etc. Moreover, different traders explained their opportune moment and how they define it.

“My approach tends to rely on the volume profile indicator and volume to give me a clear picture of when and at what price volume has been traded. With this I look for the clear trend and attempt to trade within the trend.”

While Kripto Dayi kept said that a breakout trade with massive volume would be the opportune moment. Regardless of their trading techniques and opportune moment, what most of them agreed was that catching a falling knife was a no-go.

“The phrase hits the nail on the head. In my opinion it is pure gambling as is throwing a knife in the air and trying to catch the handle. I think it is important that you try to steer clear of this approach. I have been through this approach before and it was one of the quickest ways for me to chop up my accounts.”

At press time, another dump followed by a massive surge was witnessed on BTC as it dipped to $6,400 and pumped back up to $7,200. If it’s any indication, it is that trading is more than just luck, it goes beyond trying to solve the market, it is a combination of clearly calculated risks, entry & exit positions. Understanding the market, knowing when to be a contrarian, and most of all, it is about having patience. It is about waiting for the trades to develop into fruition rather than closing positions at the first sign of dip.

Trading has got more to do with the brain, neurochemistry, and the chemicals released. Falling prey to the serotonin release, instant gratification, and diminishing self-control would cause more harm than good. As for catching a falling knife, it goes against the untold rules of trading; it is a risky thing to do unless one wants his trading capital to be stabbed and skewered, it is better to steer clear of this risky yet attractive move.

Binance in 2019: we saw it BUIDL and face scrutiny

Next Bitcoin halving may have bearish implication