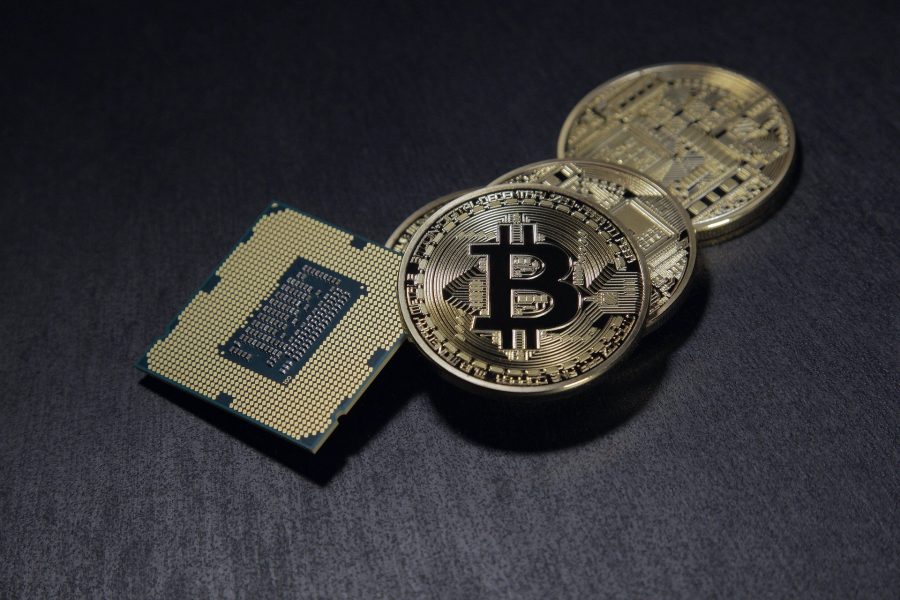 Bitcoin has been historically volatile. The king coin sustained massive volatility in the latter part of 2019. From the crucial $10k-mark, Bitcoin dropped to a low of $7.48k in September.

While the coin did manage to breach $9k, the upward trend did not last long. In December, the price of the coin further declined to $6.6k. During the same time, Bitcoin to US Dollar volume also plummeted when compared to the November figures.

While 70% of the total Bitcoin trading into fiat was made up of the US Dollar, the latest report from CryptoCompare noted, 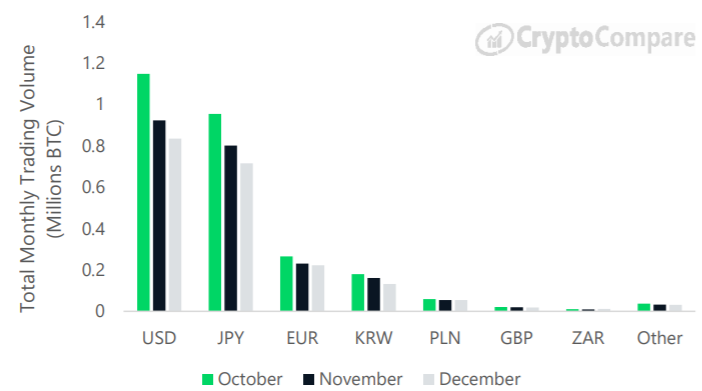 The Bitcoin derivatives market, however, continued to remain positive. While the figures declined in December, regulated Bitcoin derivatives product volumes are still dominated by CME. The total trading volumes in the last month of 2019 declined by 6.2% since November at $3.96 billion. 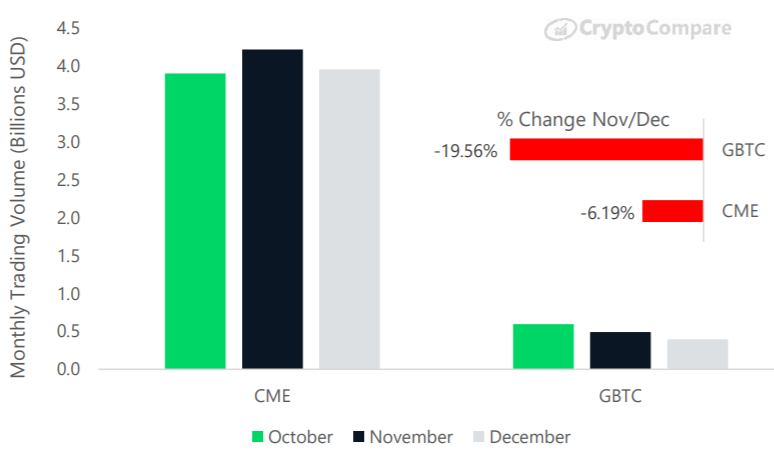 Litecoin creator claims lightning atomic swaps could be a game-changer