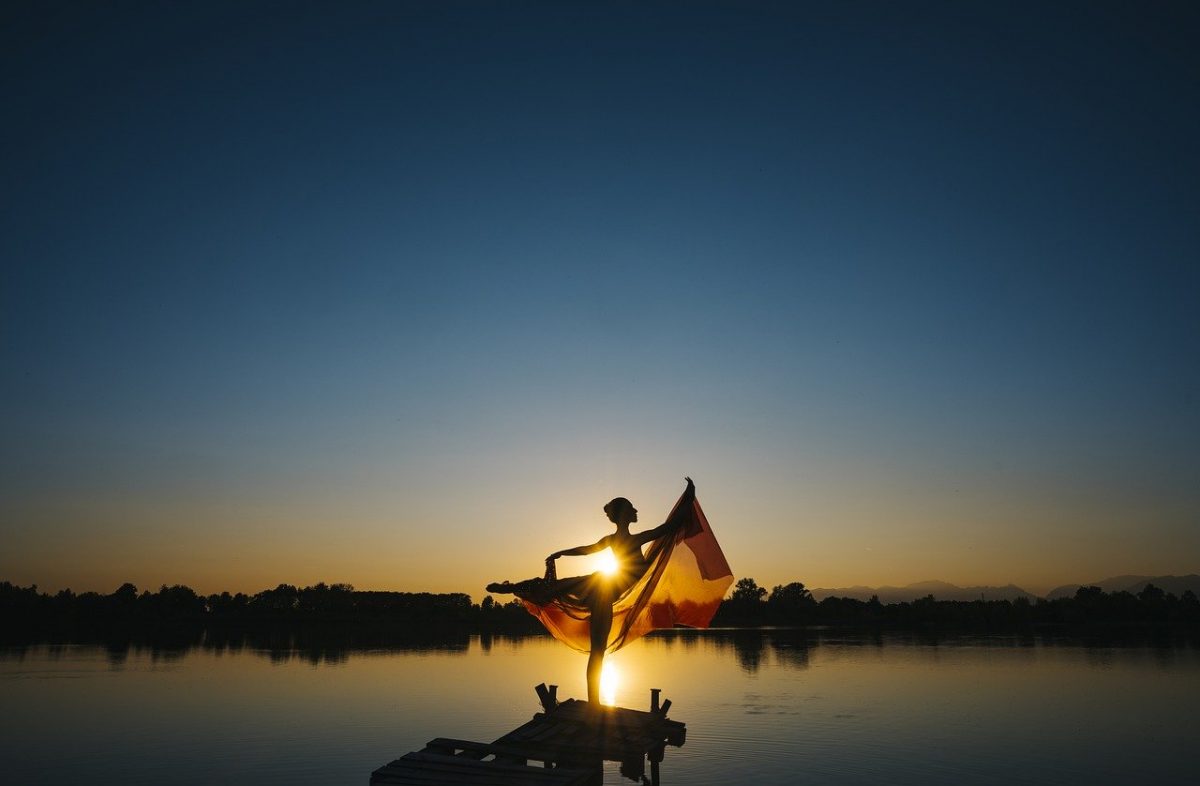 While derivatives have been the talk of the town for quite some time now, the spot volumes were the ones that stole the show in March 2020. This month was marked by high volatility across the financial realm as COVID-19 brought the world to its knees. Heralded as an uncorrelated asset, the effect of this global chaos was, nevertheless, felt across the Bitcoin universe, and by extension, the cryptocurrency realm.

And the promising derivatives sector also sustained losses while spot trading shined. This was observed by the latest CryptoCompare report which stated,

Since late March, there has been a steady rise in the price of Bitcoin after its price was supported at the $6,000-mark, and this was primarily led by increasing spot volume and demand. Derivatives, on the other hand, failed to show any impressive record. 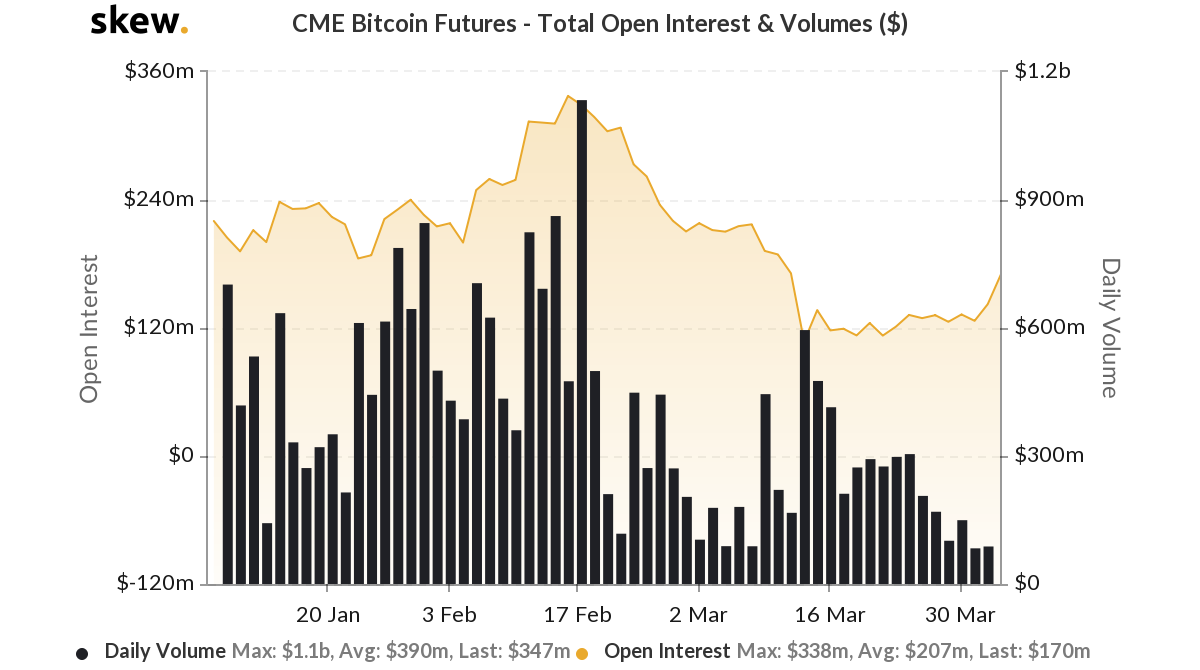 As noted by the Skew charts, the Open Interest and volume for Bitcoin Futures on CME declined soon after the flash crash. With respect to the volume, the figures on CME failed to climb the $400 million-level and the OI was below $160 million, a trend that has continued since 16 March.

A similar underwhelming trend was also noted in BTC Futures volume, as well as OI, on Bakkt’s derivatives platform. 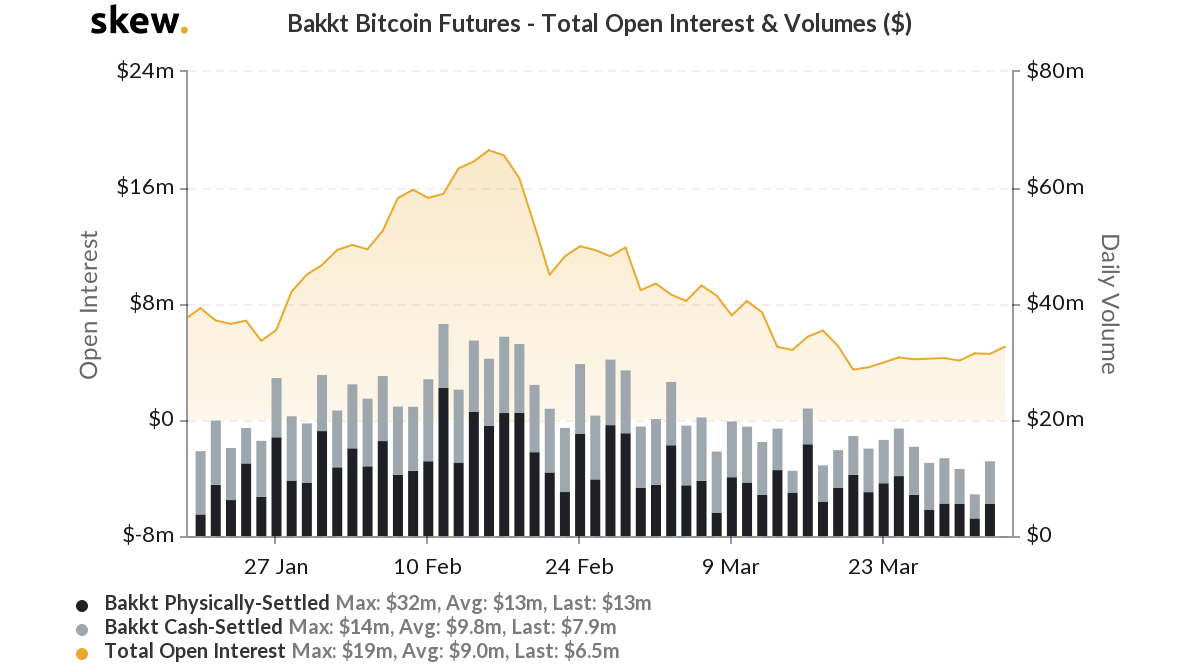 In line with increasing retail investors flocking into the crypto-space, Coinbase had recently revealed that customers on its retail brokerage were buyers during the drop and that Bitcoin was the most favored crypto, amidst all this chaos.

According to Coinbase, typically customers on its platform purchase 60% more than they sell. However, during the great fall in the second week of March, this figure jumped to 67%, “taking advantage of market troughs and representing strong demand for crypto assets even during extreme volatility.”

In terms of the spot volume on crypto-exchanges, CryptoCompare found that these figures surged in Q1 of 2020. The majority of these figures came from Lower Tier exchanges which accounted for $54.3 billion of the volume, while volume from Top Tier exchanges totaled about $21.6 billion.

Additionally, Binance was the largest Top Tier exchange by volume in March, trading $63.6 billion and up by 19.2%, followed by OKEx trading $47.7 billion and Coinbase trading $13.3 billion. Binance and OKEx led the spot volumes market, but their dominance wasn’t limited, however. The two platforms outperformed the long-standing leader, BitMEX, in terms of BTC Futures exchange volume figures.

The report also revealed that exchanges that charge traditional taker fees constituted 80.4% of the total exchange volume in March, while those that implement trans-fee mining [TFM] represent less than 20%.