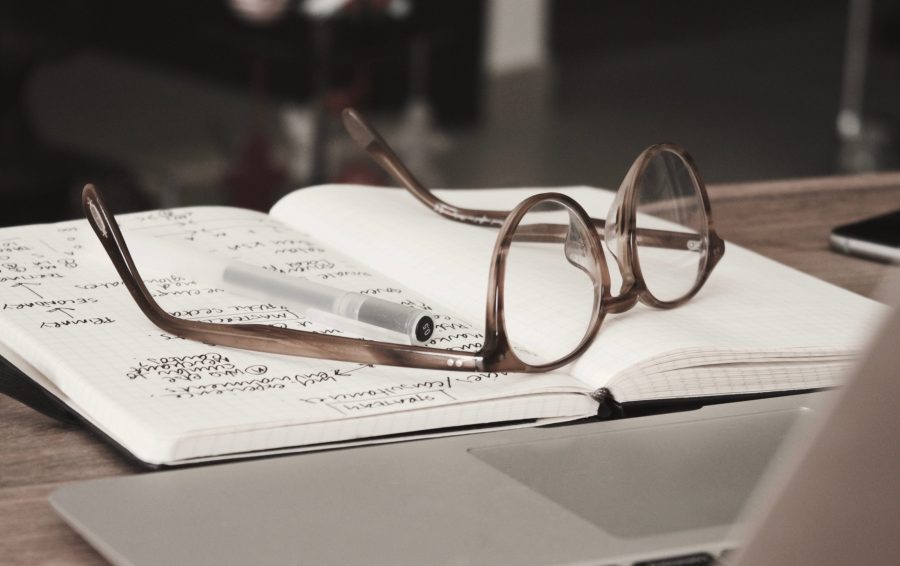 Stablecoins do not associate themselves with the wild volatility that cryptocurrencies possess and have therefore, become popular in the digital currency industry. The fact that interest in stablecoins in the second quarter of 2019 noted an uptick as large corporations eyed the rollout of their own stable digital currencies is a testament to the same. 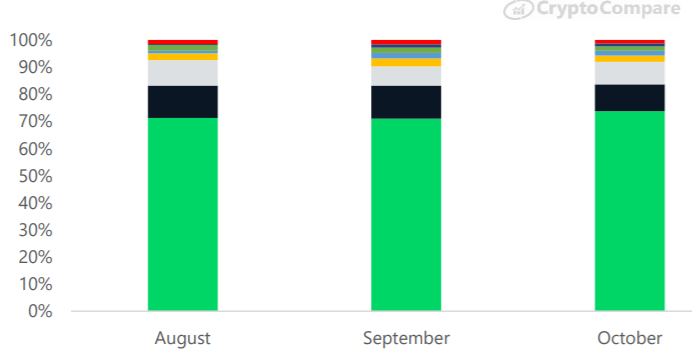 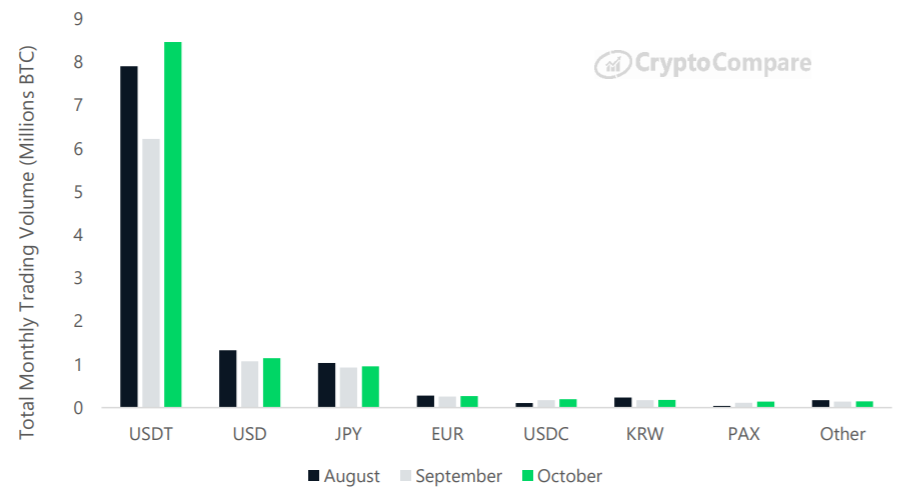 USDT, the most popular stablecoin in the market for trading with Bitcoin, was followed by USDC, PAX, and TUSD. Interestingly, this coincided with Bitcoin’s price which exhibited a brief upward momentum in the last week of October, before it fell below $7,500. 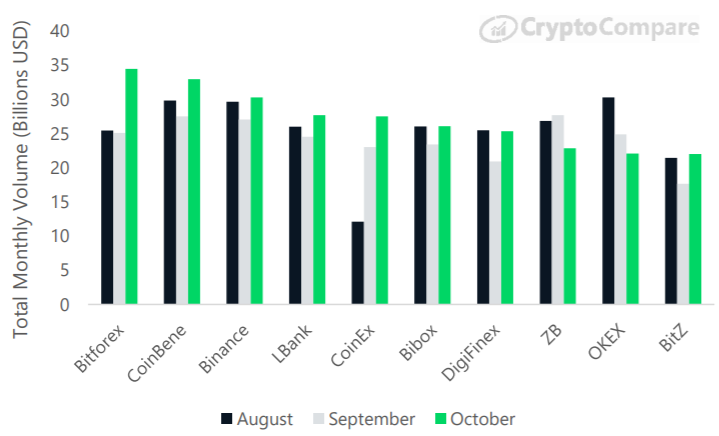 Not all fiat to crypto exchanges, however, witnessed an increase in trade volume. Leading cryptocurrency exchanges Coinbase and Huobi Korea also recorded a drop in trading volume since September. Additionally, Bithumb’s volume dropped by 63.65% in October. On the upside, P2PB2B was the top fiat exchange by total volume in October, registering a volume of $24.26 billion. This was followed by Coinsbit which stood at $6.44 billion and was up by 5.87% since September.