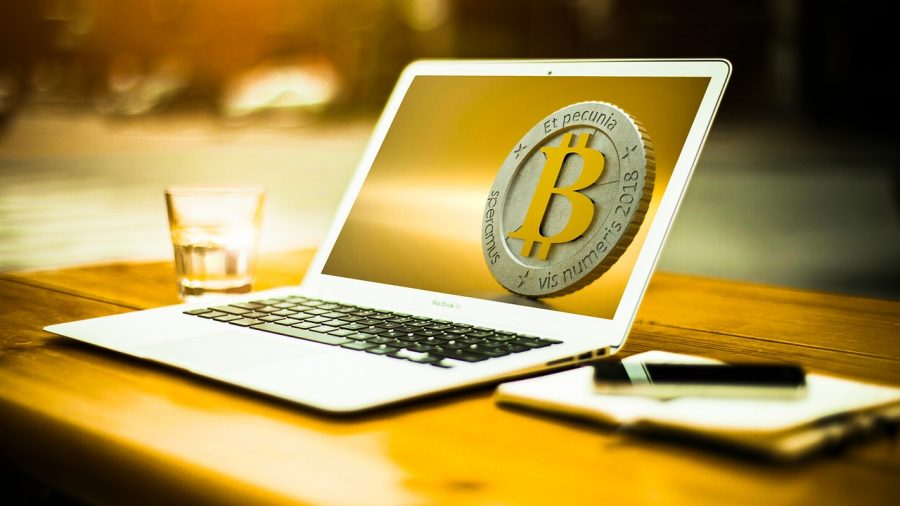 The new year has brought in increased demand for Bitcoin Futures, with the Chicago Mercantile Exchange [CME] reflecting increasing open interest. According to a recent report by Arcane, CME continued to stay more bullish than other platforms, with June premiums looking strong. 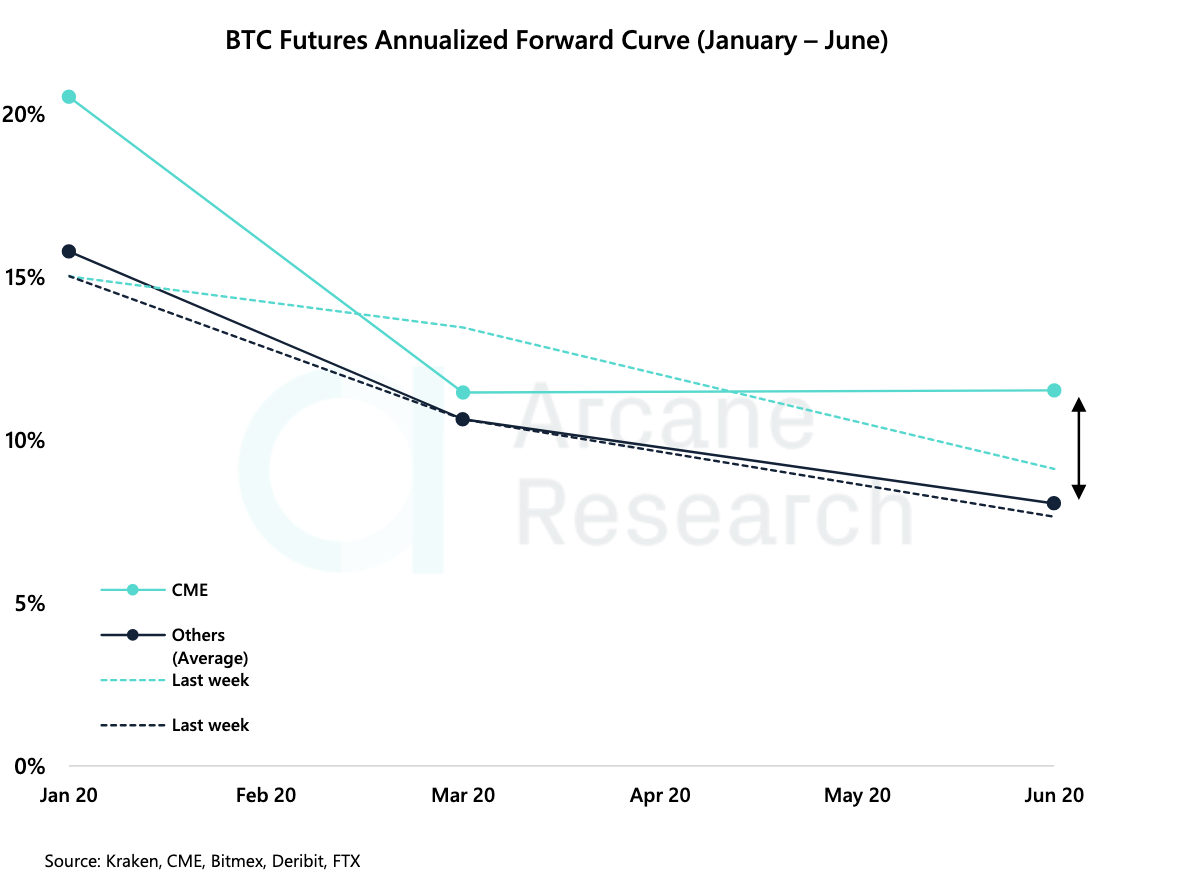 While the premium on March contracts appeared to align between the platforms this week, the gap in June contracts is increasing. The report added that the annualized premium rates on CME were equal for both March and June contracts. 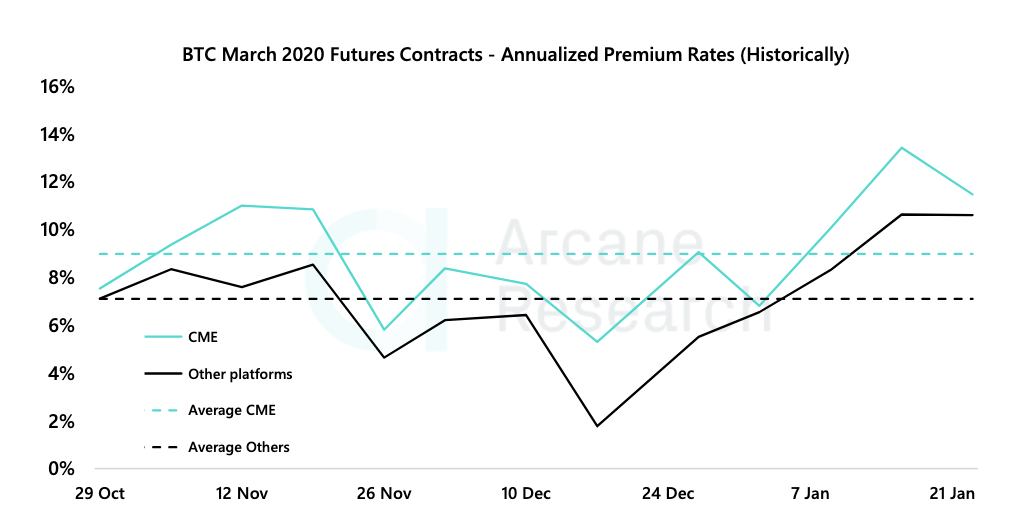 According to data provider, Skew markets, Bitcoin options on CME doubled its trade volume within the first week of going live. 610 Bitcoin Options were traded on 17 January, amounting to $5.27 million. Skew had tweeted,

“Market on aggregate has already filled the gap from the December expiry
Growing!” 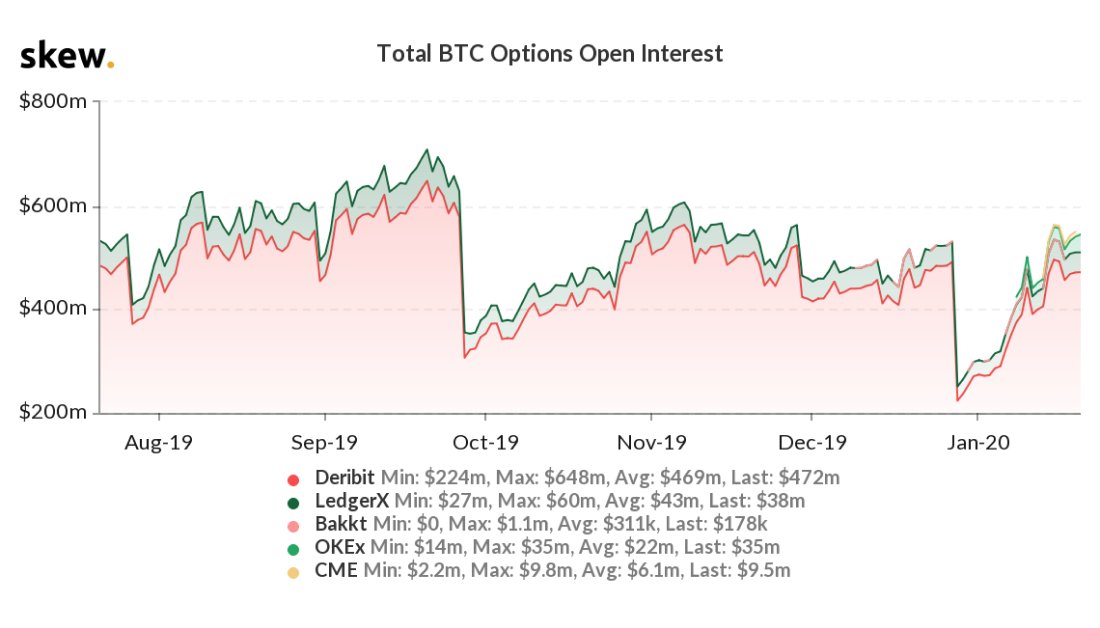 The Open interest for BTC Futures on CME reported a 101% rise between 1 and 20 January, according to Skew.

Bakkt, a Bitcoin derivatives platform, also recorded a rise in BTC Futures’ open interest. It recorded an interest of $3.8 million on 1 January and this figure spiked to $7.8 million on 20 January.

Apart from the derivatives market, Bitcoin’s performance has been more closely associated with gold, than S&P. The digital asset has managed growth of 14.41% in 22 days and was trading at $8,314.76, at press time. With an increased correlation between ETH and BTC, the price of ETH has also been following Bitcoin’s momentary spurts and was valued at $161.34.

Related Topics:BakktChicago Mercantile Exchange
Up Next

Bitcoin premiums on the rise as CME’s dominance continues