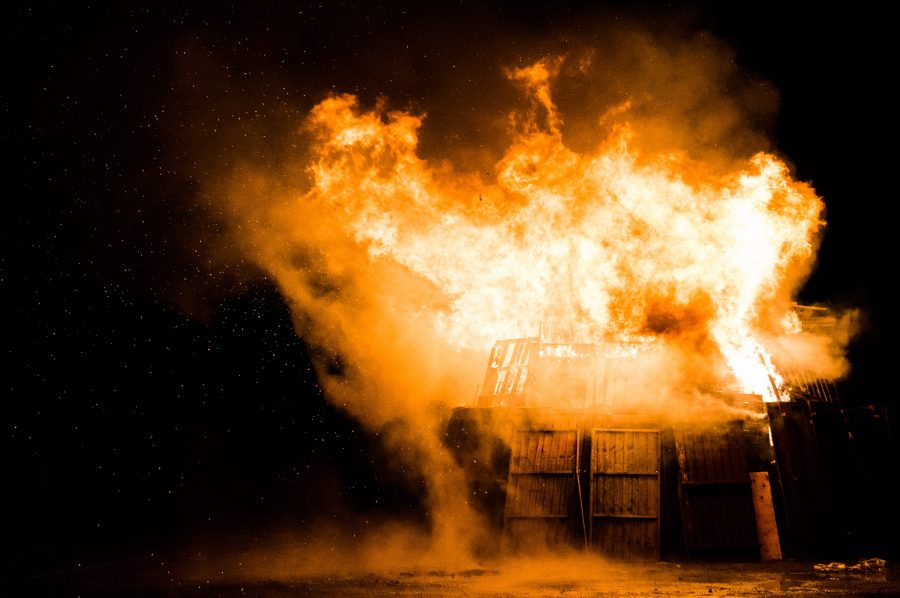 It was no surprise that Bitcoin was birthed in the aftermath of the collapse of the traditional financial market. Corruption in banks and governments positioned the cryptocurrency, untethered from both realms, to make its mark on public minds and thereby become a beacon for financial freedom.

More than a decade later, Bitcoin is seen more as a tradeable asset, rather than as a revolutionary tool. What is needed for it to revert back to its claim of being the universal currency of the world, one that cannot be controlled by a single entity? Well, some suggest the same event that birthed it – the collapse of the global economy.

This does paint a grim outlook and presents Bitcoin’s objective as zero-sum. However, to many, that’s how it was always supposed to be.

Since the end of World War II, the United States has been the global leader of the world and since President Nixon abandoned the Gold Standard, the U.S dollar has been the reserve currency of the world. Now, for the first time in over 70 years, the USD’s reserve status is being threatened by the likes of the Chinese renminbi, in absolute terms, and more importantly, in digital terms, with the People’s Bank of China [PBoC] looking to digitize the fiat currency.

Bitcoin is still far from threatening the U.S dollar’s reserve status; China’s digital renminbi is the obvious front runner, but for the overtake to happen, a trigger is required. Going back to the grim zero-sum [reality] this trigger would be in the form of a catastrophe, according to Messari Co-founder Ryan Selkis.

History is painted by several catastrophes that have brought the United States closer to armed conflict. Quds Force commander Qasem Soleimani’s death at the hands of a U.S-ordered strike, one which Iran referred to as an “act of international terrorism,” is as close to a trigger for WWIII in recent memory than any, stated Selkis.

Focusing less on the actual notion and more on the aftermath, in most cases, war has been succeeded by major inflationary events, a development that is a catalyst to “hyperbitcoinization.” Following the same train of thought, if the US is involved in such a conflict, it would result in an economic push-and-pull, causing the U.S Dollar to fall off its perch, allowing another dominant fiat or a cryptocurrency to take over, he stated,

“A change in reserve currency – to a new fiat currency or crypto-currency – will likely come only after millions have died in some global conflict or a major nuclear superpower disintegrates. Not ideal. “

Coming back to reality, the destabilizing effect of economic and political turmoil in the east and west would cause Bitcoin to move up. Bitcoin, being a “risk asset,” would be “among the first to get market sold in the event of an uptick in global economic and regulatory uncertainty,” stated Selkis.

FUD or not, Iran’s use of Bitcoin to evade sanctions has been covered widely, something which could push regulators to come for the cryptocurrency industry, causing a sell-off among investors. Selkis articulated these thoughts by stating,

“I’m terrified to think about what sort of executive orders and legislation we’d have to ward off if it came to light that crypto usage in Iran was spiking.”

Not everyone is considering political uncertainty as a direct catalyst, however, as some think gold is the middleman. Peter Schiff, CEO of Euro Pacific Capital and gold bug, is of the opinion that gold is seen as a safe haven, while Bitcoin is seen as the speculation against “safe haven” claims. He tweeted,

Related Topics:ChinaIranUnited States
Up Next

Bitcoin Cash’s adoption metrics for Australia accused of being fabricated