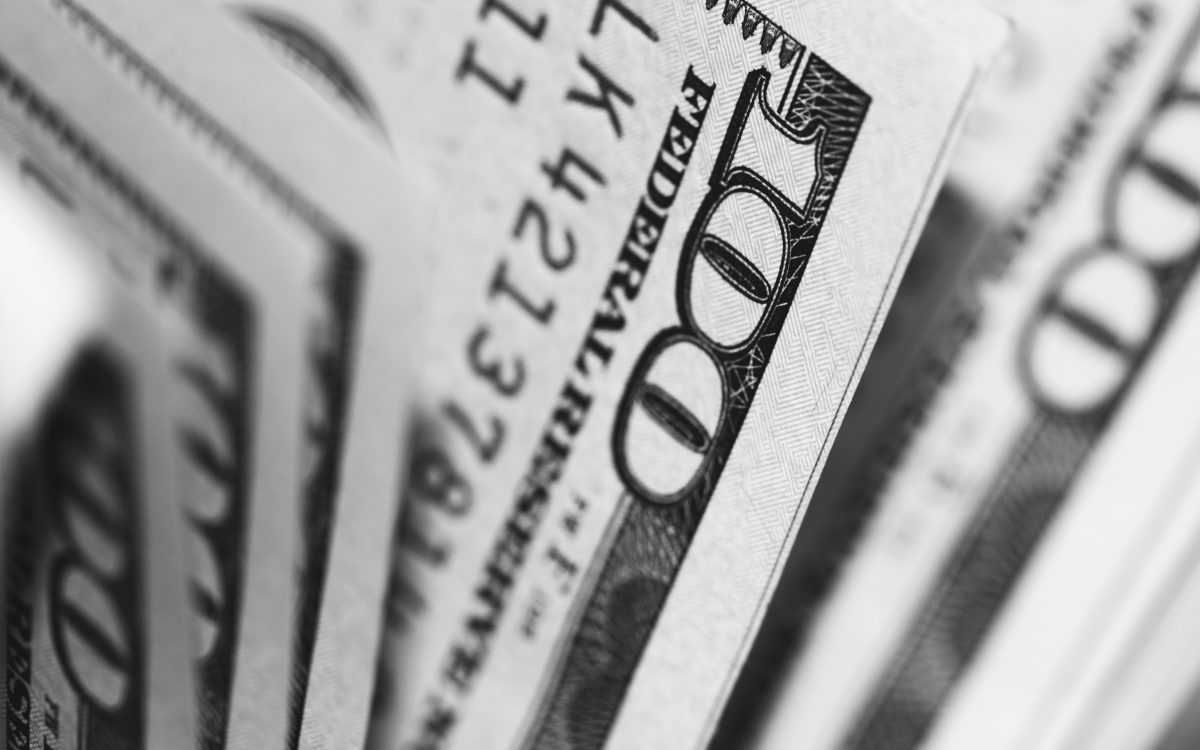 One of Bitcoin’s most popular narratives is it being a viable long-term store of value. The limited supply and its growing user base indicate that in the years to come, Bitcoin is likely to provide a substantial return on investment. This has also led to new demographics on-boarding the world’s largest cryptocurrency and boosting its adoption rates.

With the stock to flock model indicating that Bitcoin is likely to go past the $100k mark in the next few years, investors are looking to be a part of this booming narrative.

On the latest episode of the Filppening podcast, Kraken’s Pete Rizzo spoke about how Bitcoin is well-positioned to be the asset that is going to see a lot of wealth pouring into it in the years to come. He highlighted how the ‘Great Wealth Transfer’ is going to take place in the coming years and how it may be a boon for Bitcoin. He said,

“Around $68 trillion worth of wealth is going to change hands simply over time. As the baby boomer generation begins to transfer wealth to younger generations.”

According to Rizzo, cryptocurrencies such as Bitcoin are seeing increased interest and high adoption rates among the younger demographic, with the Kraken exec noting, “So you can see the data suggests that a disproportionate amount of millennials and Gen X investors continue to be a driving force in buying and selling a cryptocurrency.”

The fact that millennials do believe in Bitcoin and the fact that a lot of wealth is going to be transferred into their custody may prove to be a huge driver for Bitcoin in terms of its adoption and price. Rizzo highlighted that such choices by an emerging generation in a bid to capitalize on crypto may fuel one of the largest adoption drives for Bitcoin.

“If they [Millennials] make the consumer decision to say, I have inherited wealth and instead of putting that wealth into equities or treasuries or the stock market, or under my mattress, I’m going to choose to put some of that into Bitcoin and extrapolates what the benefits to the network might be from a monetary perspective.” 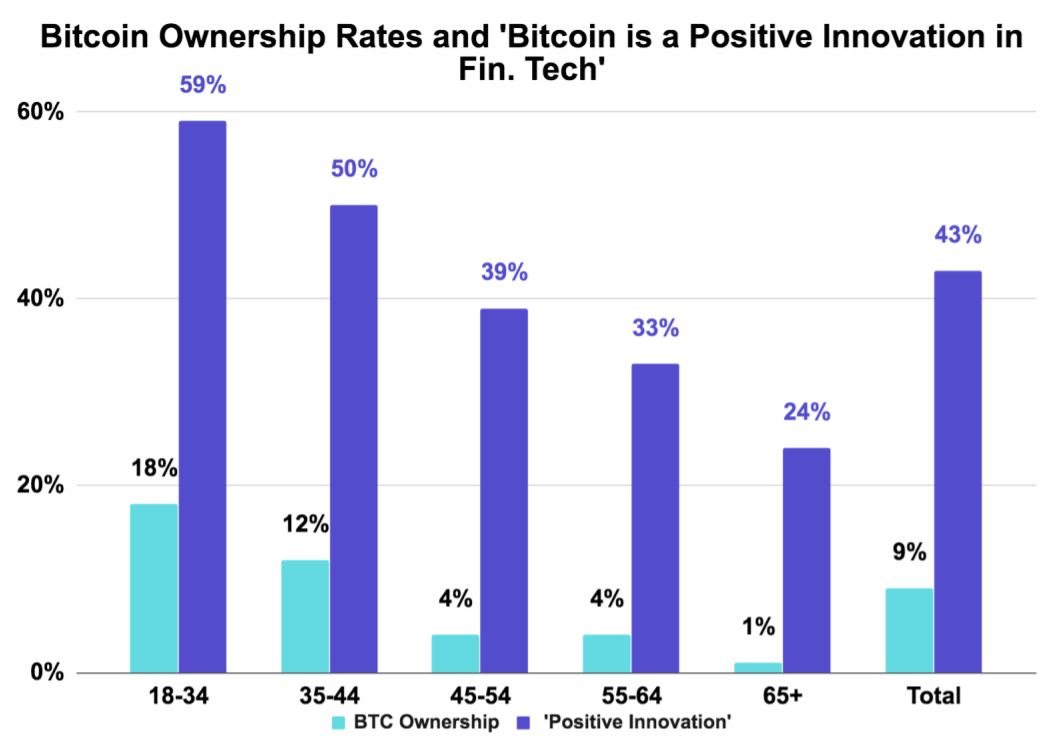 In fact, a recent report by Kraken has also underscored the growing confidence in cryptocurrencies, most notably in Bitcoin, and an increased interest in acquiring them as a form of investment, in opposition to traditional investment vehicles. It stated,

“42% of respondents between 18-34 said it was “very” or “somewhat” likely that they’ll purchase bitcoin in the next 5 years, a figure that grew meaningfully in less than two years’ time.” 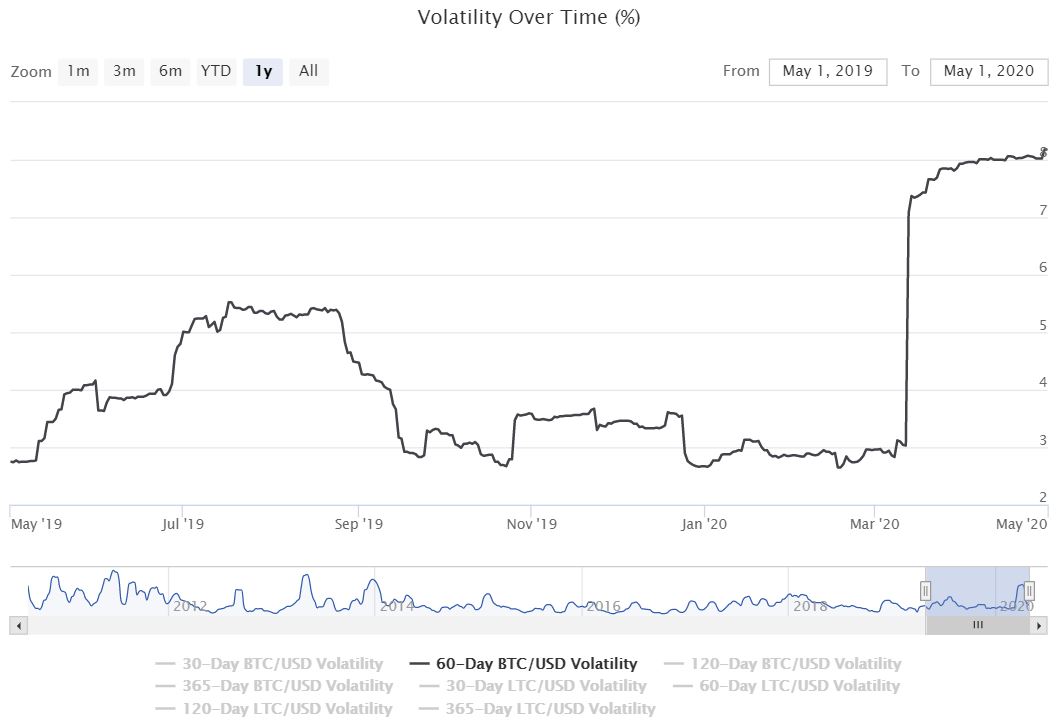 However, taking a look at Bitcoin’s 60-day volatility chart shows a significant increase in the unpredictability of the coin, something that may deter some investors who might prefer a more ‘stable’ long-term investment. However, despite such concerns, models such as the stock to flow model continue to make young investors believe the risk is a fair trade-off.

Related Topics:Bitcoin adoptionKraken
Up Next

Are stablecoins like Tether at risk owing to the emergence of CBDCs?