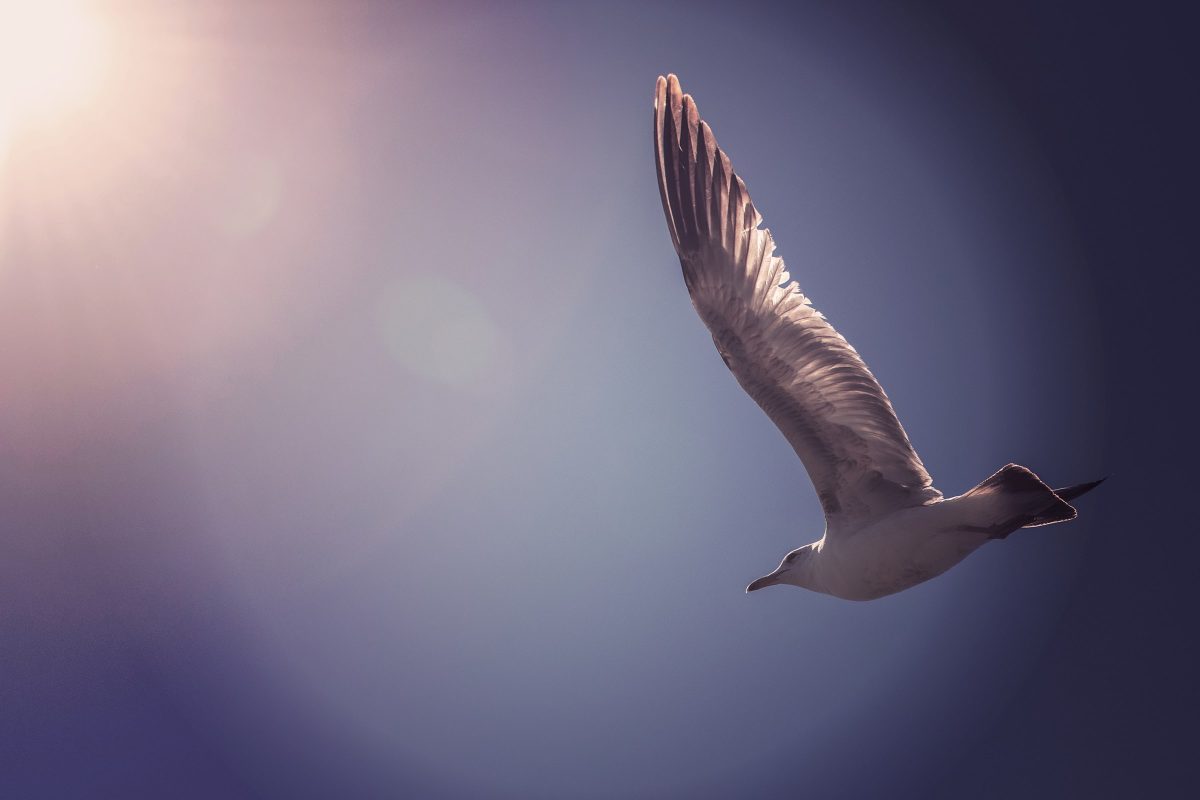 Bitcoin’s search results on Google are one of the hottest topics in the correlation narrative. You have for long read stories of Bitcoin’s correlation with gold, with the S&P 500, or specific tech stocks in particular – like Apple. However, this one is different because when you zoom out, it all starts blending in.

In fact, one might argue that Bitcoin’s correlation with the Google Trend Index has been steadier than the former. Its adoption, price on spot and derivatives exchanges, and trade volume stem from users and the demand created by them. A closer look at Bitcoin’s widening network effect can unravel associations between these factors.

Based on Xangle’s latest research report, interest in Bitcoin dropped by 27% in September and corresponding to that, Bitcoin’s price also fell by 10%. Something similar happened in the case of Ethereum as DeFi, regarded as the ‘latest fad’ in the market, lost a lot of fans. In fact, interest in Ethereum fell sharply by 64%, and corresponding to that, the price dropped by 25%. 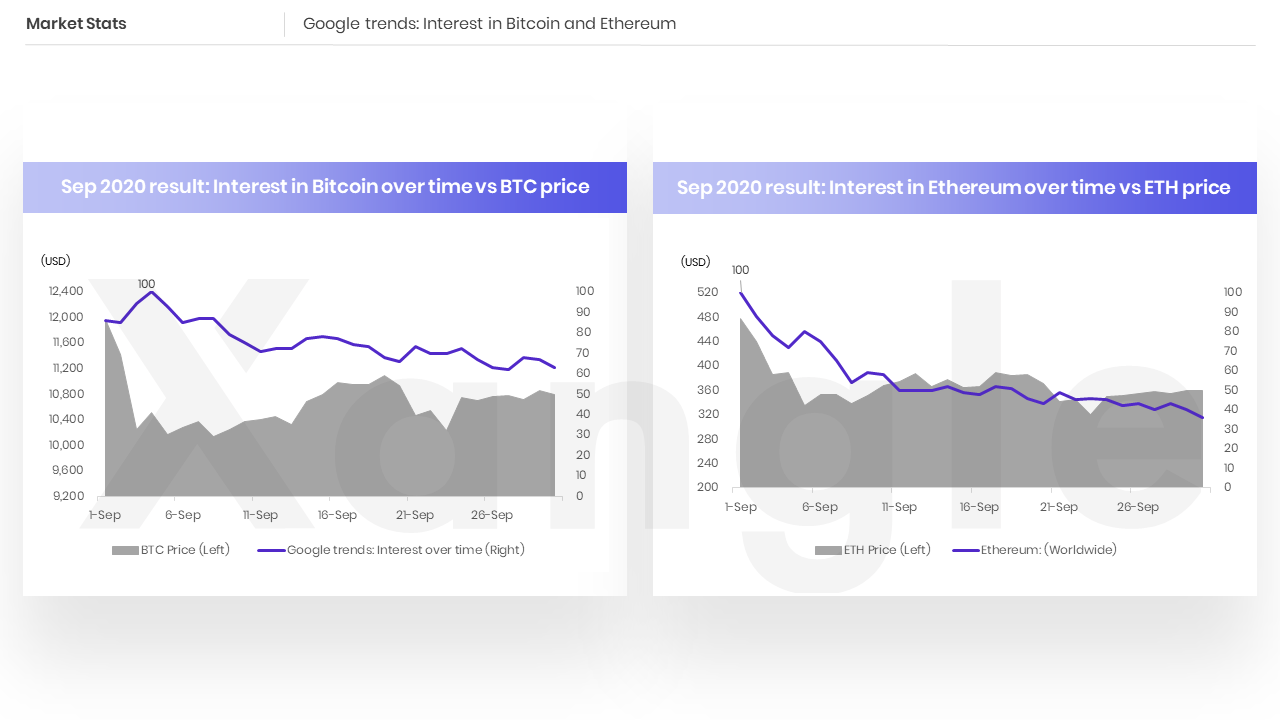 However, more than Google Search trends, related topics or the associations that users form in their minds have an impact on their trading decisions and consequently, the price. Price is driven by speculation, to a certain extent, and beyond that, it’s just predictions and forecast. Based on this argument, in 2020, users searched for more meaningful and trading-related technical terms like Halving, CME group, and Tesla, all queries that related Bitcoin to tech stocks or a regulated derivatives exchange like the CME. Simply put, search queries of late have been more purposeful than anything. 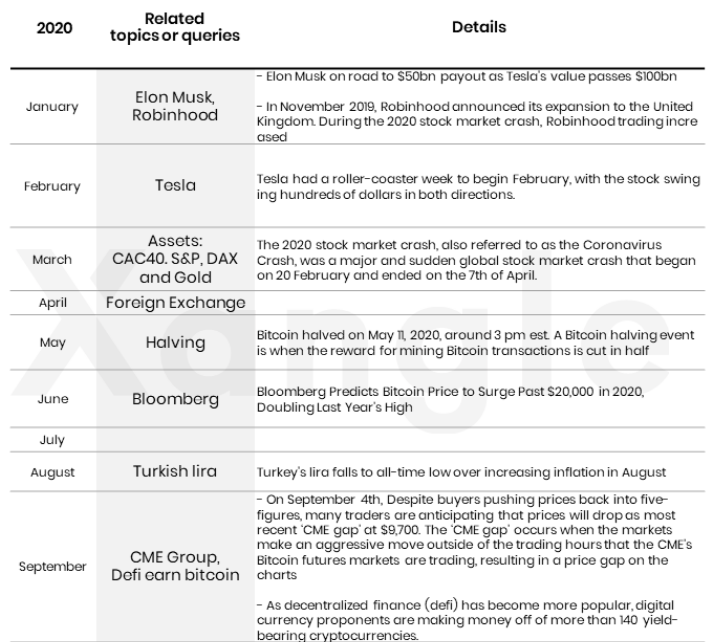 While such developments generally go unnoticed, these are the most telltale signs that help a retail trader in ascertaining the next move in Bitcoin’s price. Comparing this to 2017, when related queries were simply altcoins, Bitcoin has come a long way, possibly far enough to get a regulatory nod for an ETF.

In fact, Bitcoin markets’ maturity and bullish sentiment are evident from its increasing Open Interest and its rising new buyers figures in the space. 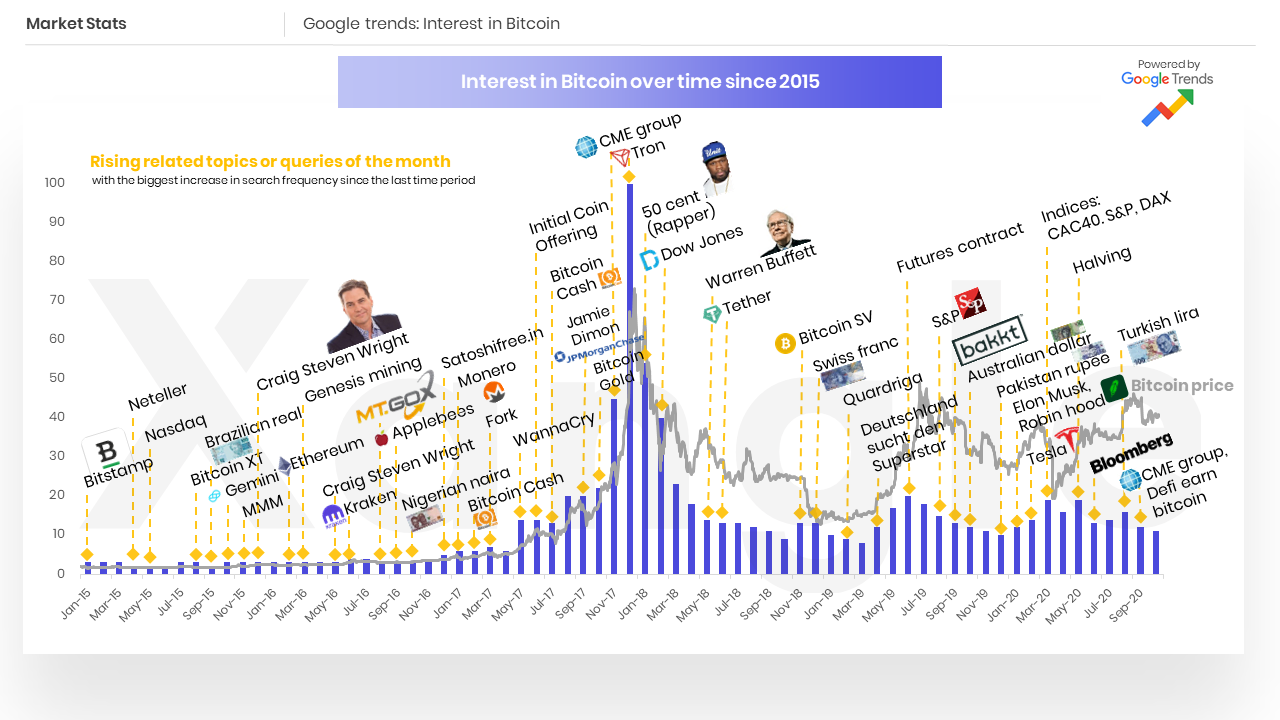 Interest in Bitcoin since 2015 || Source: Xangle

Consider this – The number of active Bitcoin wallets has risen by 6% in YTD, and though modest, this is a realistic development that shows the ‘unbubble-like’ maturity of the asset.

Back in 2017, Bitcoin was dismissed as a get-rich-quick scheme and it didn’t make an impact on regulators and the government. While Bitcoin’s price rallied, the bubble-like sentiment and lack of smart money and interest let the market down. This time, however, there may be an entirely different outcome, one with an increased and steady correlation with the Google Search Index. The next ATH may be here to stay, longer than anticipated, and it may be closer now with smart money pouring in.

Every development is a sign. However, this one stands out. Why? Well, because it has echoes of Bitcoin’s price action from 2017.