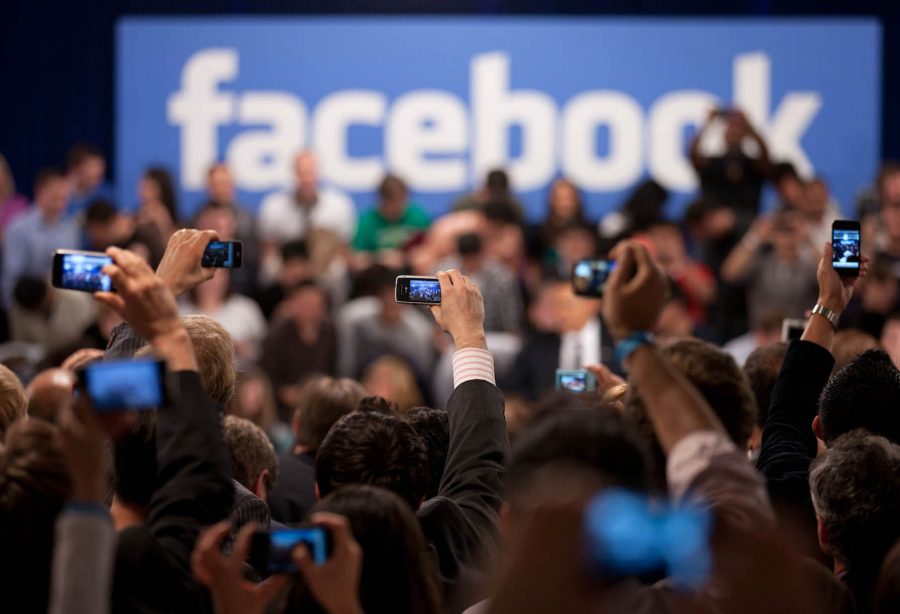 Can the unstoppable force move the immovable object?

These contrasting entities have been manifested by the clash between Facebook and the global regulatory body. Menlo Park and Capitol Hill have been in a tussle since the social media giant unveiled their digital asset, Libra, primed on ‘banking the unbanked,’ but regulators saw it as a move from a company with untrustworthy history launching a ‘sovereign currency-replacing,’ cryptocurrency that could upend the traditional economic order.

Libra isn’t just an issue for the United States, or simply the western nations, but a regulator concern voiced by countries the world over. Facebook, right from the outset positioned Libra as a global digital asset backed by an array of government fiat currencies and deposits, with no fixed ratio. Further, the cryptocurrency project is not meant to be limited to one country or based on one company’s technology, limiting its outreach, it is truly meant to be global.

According to the digital asset’s whitepaper, the Libra coin will be backed by a “collection of low-volatility assets, including bank deposits and government securities in currencies from stable and reputable central banks.” Facebook argues that the reason a multitude of backers are chosen is to mitigate the likelihood and severity of “fluctuations.” This collateral will comprise of “debt from stable governments,” as a “capital preservation point,” as well as “short-dated securities,” to build “liquidity.”

“This allows the size of the reserve to be easily adjusted as the number of Libra in circulation expands or contracts.”

Ergo, Libra, or rather the Libra consortium based in Switzerland, comprising of 29-companies [at this point] tasked with the internal governance of the digital asset, can change the ratio of the backing. Although Facebook has stated that the reserve will only be changed to maintain stability, experts and lawmakers alike have strong doubts over the company’s ability to stick with their word, given their history, and, more importantly, the ripple effect Libra can set about in the global economy.

David Gerard, the author of “Attack of the 50 Foot Blockchain,” and a Foreign Policy contributor told AMBCrypto that the reserve is inconsequential to Libra, the impetus lies on how “confident the end-users are that they can get, say, dollars for their libras.” The basket in his opinion is part of the “sell.”

With the stage set for Libra to send tremors not just within the United States, or the developing world, but throughout the globe, the individual regulatory attacks against Facebook will bear no fruit. If approved, it is unlikely that one government, acting alone, can completely regulate the way Libra will work, especially given its variable reserve, hence cooperation will be sought.

Earlier in the month, Hiromi Yamaoka, the former head of the Fintech division of the Bank of Japan [BoJ] told Reuters that Libra will “discipline,” policymakers, as Facebook could shift the composition of the reserve assets. He voiced the need for a globally coordinated regulatory policy, because of the immense cross-border implications of Libra. Yamaoka stated,

“Any inconsistency in rules among countries creates a loophole that renders the rules ineffective.”

The BoJ executive’s comment bears immense importance to the structure of Libra and how no one independently acting regulatory entity, whether it is based in London, Tokyo, Brussels or even Washington D.C., can upend Facebook’s efforts. Hence, a move from a consortium of governments is required to create a rigid structure around Facebook to make sure they operate in accordance.

No sooner was Libra announced than a swath of lawmakers and central bank chiefs denounced the digital asset project. Jerome Powell, the chair of the Federal Reserve called for a halt to Libra’s developments owing to issues surrounding money laundering, monetary policy manipulation and privacy concerns. The French Finance Minister, Bruno Le Maire, vociferously voiced his opinion against a private currency competing with a “sovereign currency,” adding that such companies should not be given a “regulatory nirvana.”

While some have come out fervently against Libra, loudly opposing Facebook’s cryptocurrency push, the panic is not the same across the board.

Across the pond and the channel, the governor of the Bank of England [BoE], however, did not jump the gun advocating an “open mind but not an open door,” policy to deal with Libra. Jens Weidmann, the president of the Deutsche Bundesbank, Germany’s central bank even came out in favor of Libra. He called for a tone of caution rather than haste, as the digital asset, in his opinion, could be “attractive to consumers.” He calmed lawmakers the world over,

Others have gone for a measured approach, Ravi Menon, the managing director of the Monetary Authority of Singapore stated that more information on the Libra project is required to build a structured regulatory policy. Japan, on the other hand, set up a working group to deal with the Libra issue, rather than engage in cross-talk.

But perhaps, the most implementable of regulatory solutions came from France, under whose presidency the current G7 sits. On June 21, three days after Libra was unveiled Francois Villeroy de Galhau, the governor of France’s central bank created a G7 task force to study “how central banks ensure cryptocurrencies like Facebook’s Libra are governed by regulations.”

Despite Libra having a lot of “bad ideas,” about them David Gerard believes that it does pose a great deal of “systematic risk,” which could “affect the real-world economy,” in negative ways. Hence, in his opinion, regulators should “worry a lot,” when someone as “big as Facebook,” positions themselves in this manner.

Libra is still a year out from its official release, which Facebook has estimated to be somewhere in 2020, but regulation still looks scattered. The G7 task force, which has not begun structuring its agenda just yet, seems to be the only collective effort, at a country level to confront the Facebook cryptocurrency project.

Even the International Monetary Fund [IMF] is not in a rush to regulate Libra, adopting a more long-term measured approach. David Lipton, the acting Managing Director of the fund told Bloomberg that regulators will indeed need to “step up,” in the face of the growing financial innovation but these private attempts shouldn’t be halted immediately either. Moving away from the myopic mindset of most regulators, Lipton stated that this advancement could be far more precedented than initially thought,

“These new instruments may do for payments what the internet has done for information: make transactions secure, instantaneous, and nearly free.”

On the other hand, the modern G7 coalition seems to be loosely functioning given the geopolitical tensions of its member countries spearheaded by the divisive US administration, which has diverted from the group’s collective agenda. The American President, Donald Trump, called statements made by Justin Trudeau, the Prime Minister of Canada, “false,” and said that the US is getting “unfairly clobbered,” on trade issues, despite “protecting Europe.” The German Chancellor, Angela Merkel referred to Trump’s G7 criticism as “a little depressing,” while French President Emmanuel Macron called Trump’s outbursts and “throwaway remarks.”

At the moment, at least, the task force, even if it does get up-and-running soon, will not have a clear set of objectives owing to the divergent nature of the countries that populate it. While the IMF is adopting a more measured approach and will likely not jump into the Libra issue head-first just yet, considering the problem of the US-China trade war that still looms.

The question of a new regulatory body, either independent or under one of the country-blocs does bear impetus, but several experts seem to think this would just be a bureaucratic headache, and regulation is required on a country-to-country level. Speaking to AMBCrypto, Yaya Fanusie, a chief strategist with Cryptocurrency AML Strategies LLC, and a Fellow at the Center on Economic and Financial Power said, outright, “There’s no need for a new regulatory body.”

In the strategist’s opinion, governments at a national level can “handle the enforcement of anti-money laundering and counter-terrorist financing laws.” Organizations like the Financial Action Task Force [FAFT] can set global financing standards while the Egmont Group can help coordinate financial intelligence among countries, hence an independent specific body is not required. Fanusie added that this would be a mere “bureaucratic distraction.”

“The ECB creating some other enforcement body to deal with cryptocurrencies seems redundant and would undermine the enforcement and financial intelligence work happening in individual countries.”

Facebook’s hopes on the launch of Libra are not hopeful, especially after the series of congressional hearings last month. The main source of panic for regulators is not just the size and scale of the project, or Facebook’s massive reach, or even the privacy concerns plaguing the company, it is the possibility of a country’s domestic monetary policy being altered owing to the change in Libra’s varying reserve.

Regulators, in that sense, will need to come up with a new method of dealing with the digital currency project, whether this will be micro-regulation on a fragmented country-by-country level, or united as a ‘one-size-fits-all regulation,’ only time will tell.

Litecoin to break out of the broadening wedge; on course for correction if support holds

Bitcoin worth $180 million transferred between wallets in different transactions