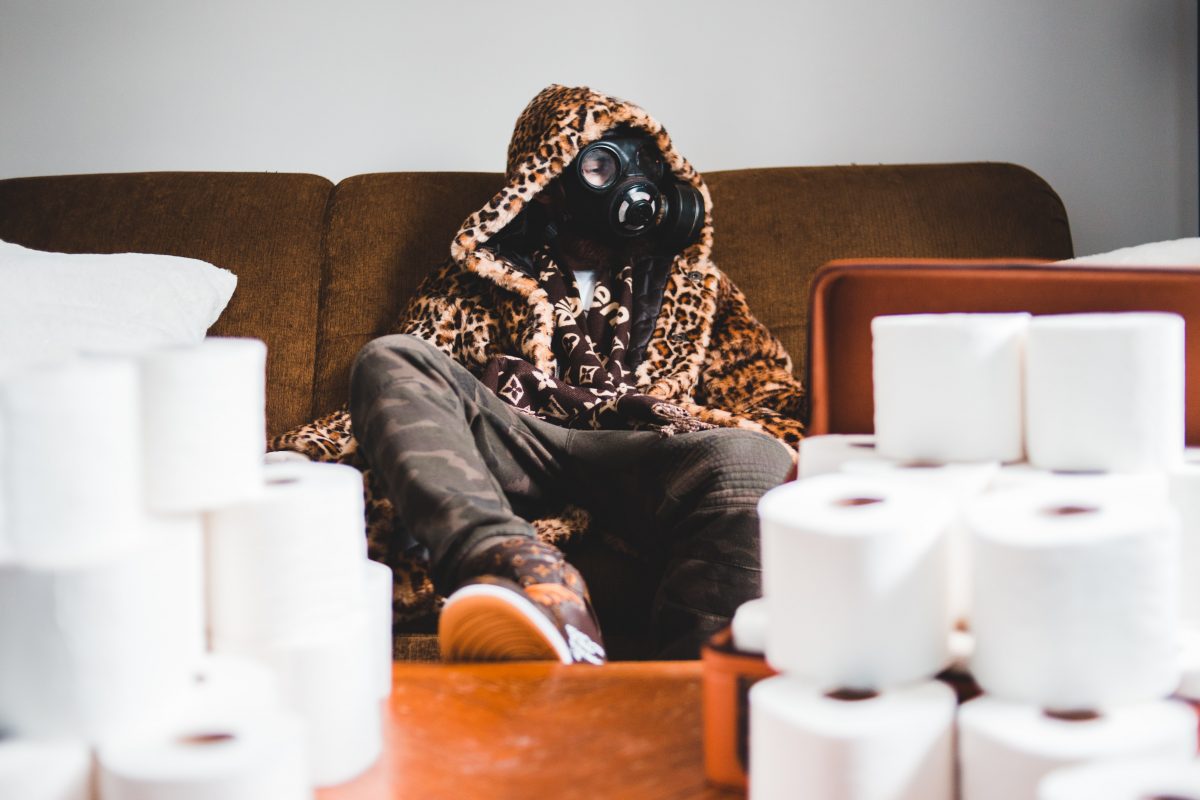 COVID-19 gave the world a shock like no other. In a matter of months, countries closed their borders, enforced lockdowns, and issued stay-at-home orders. With economic consumption dragged down to the bare essentials, the economy was seemingly on the inevitable course of a recession.

As the economic fallout of the virus battered traditional financial instruments, Bitcoin, true to its uncorrelated nature, diverted. While initially buckling to the waves of fellow macro-assets like gold and the S&P500, the cryptocurrency forged its own path after the liquidation infused sell-off on 12 March. Following what was Bitcoin’s biggest single-day drop in over 7 years, its price began to recover.

In less than two months, Bitcoin salvaged the lost value of the sell-off, right before the biggest event in the cryptocurrency calendar. On 11 May, Bitcoin noted its third halving, a change in its block supply effectively decreasing the mining rewards from 12.5 BTC per block to 6.25 BTC per block. This drop in mining incentives did not stop the price rally as Bitcoin broke the $10,000 mark at the beginning of June.

During the period [March 12 to June 1], Bitcoin’s price rose by over 150 percent, while the SPX rose by less than 30 percent – thanks in large part to the Federal Reserve cutting interest rates and the U.S Congress drafting a fiscal stimulus that would put $1,200 in the hands of every citizen. Interestingly, during this period, the number of Covid-19 cases in the US increased from 1,600 to over 1.8 million.

It would seem that both Bitcoin and the U.S stock market rose during the time that America’s domestic cases began skyrocketing. Further, the former did not receive any emergency stimulus and, in fact, saw its supply schedule decrease during this time. Whether this BTC rise was down to FOMO, FUD, the FED, or simply a case of being uncorrelated, it stands in stark contrast to the rise in cases, and to the return on the SPX.

Now, as certain less-hit states in the U.S are opening up for front-facing businesses, a stock market rally is likely in sight. Add to this the recent announcement by the U.S Bureau of Labor Statistics which stated that the US added an estimated 2.5 million jobs in May after April saw unemployment skyrocket to 15 percent.

In fact, the co-founder of Quantum Economics, Mati Greenspan, in his daily newsletter to investors, noted a move in the BTC charts when the announcements about May’s jobs increase was made. Although he was unsure about whether the correlation equaled causation, he said,

“Looking at the short term data, we can see that bitcoin did in fact make an upwards move at the time of the news (purple circle), just as the stocks did. However, bitcoin’s move was well within the range and it’s really difficult to tell if there’s any causation happening here from this graph.” 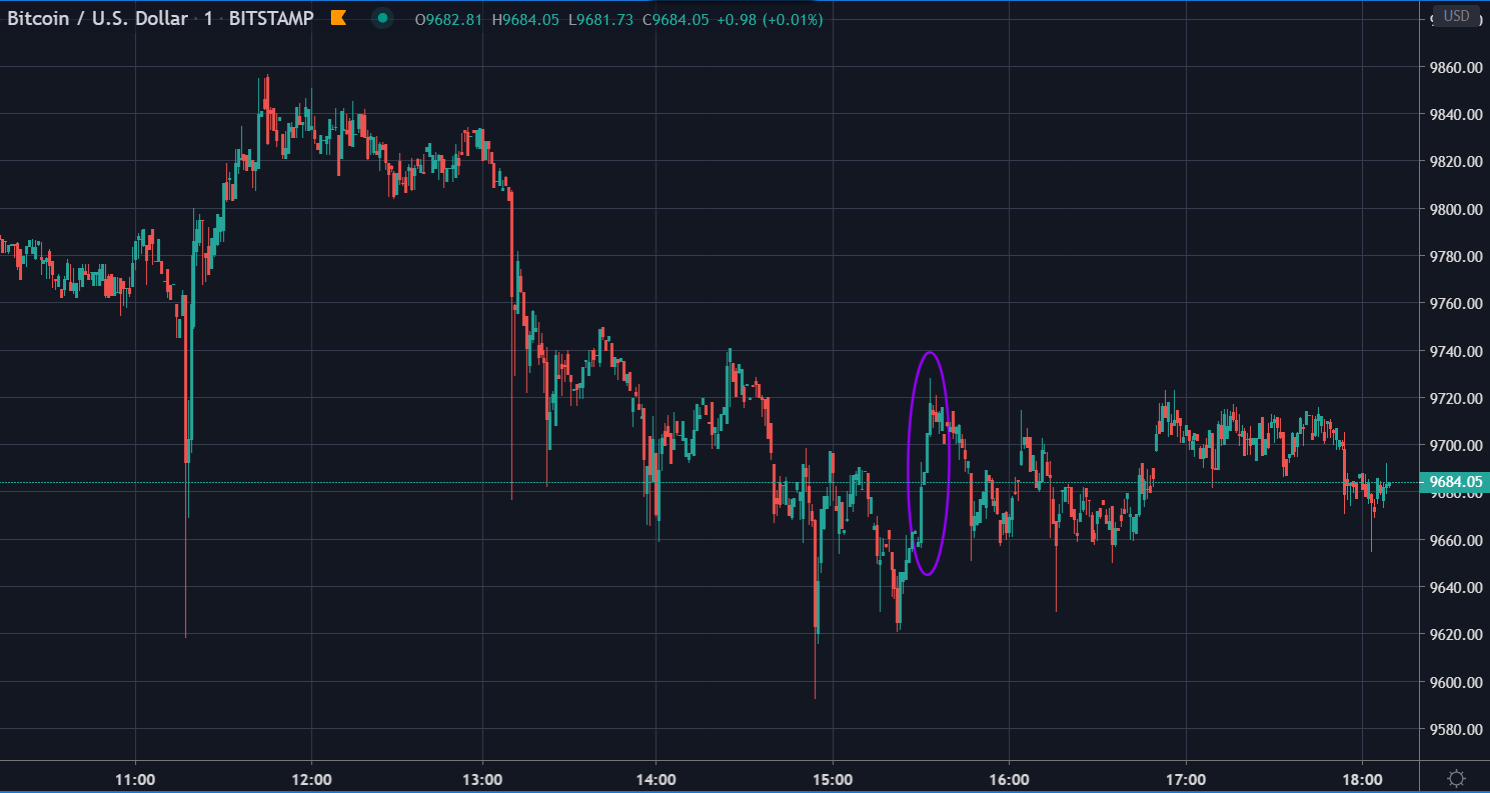 No doubt, as more states begin to open up as the month continues, the stock market will see this as an optimistic sign of recovery, and the excessive dollars in the economy will be fueled into the economy. But, for the cryptocurrency market, could Bitcoin get a boost?

Well, the answer is – its likely. Firstly, Bitcoin clearly outperformed the stock market and gold in the past two months, with a deflationary effect to the Fed’s inflationary injection. Secondly, just this week, Bitcoin tested and broke $10,000, which the market thought was premature, and hence, a dump a few hours later saw the coin drop below to four figures, albeit holding strong over $9,500, at press time. Thirdly, Bitcoin is eyeing the stock market.

According to data from Coinmetrics, the 180-day Spearman correlation between BTC and SPX has been growing since February. In March, the correlation turned positive, and in mid-May, it reached its highest point in over 4 years. Despite the correlation dropping in the past two weeks, an actual financial stimulus like supply chains opening up and consumption increasing will boost the economy and avenues for investing in both stocks and digital assets will surge.