Between 1-2 June, more than $200 million worth BTC positions were liquidated as Bitcoin rose by $700 and collapsed by the same amount. Since then, the price has moved mostly sideways. On the same day, hedge funds aka leveraged funds increased their short positions from 4,500 BTC to 10,300 BTC, while the retail aka non-reportables increased their position from 8,300 BTC to 11,000 BTC. 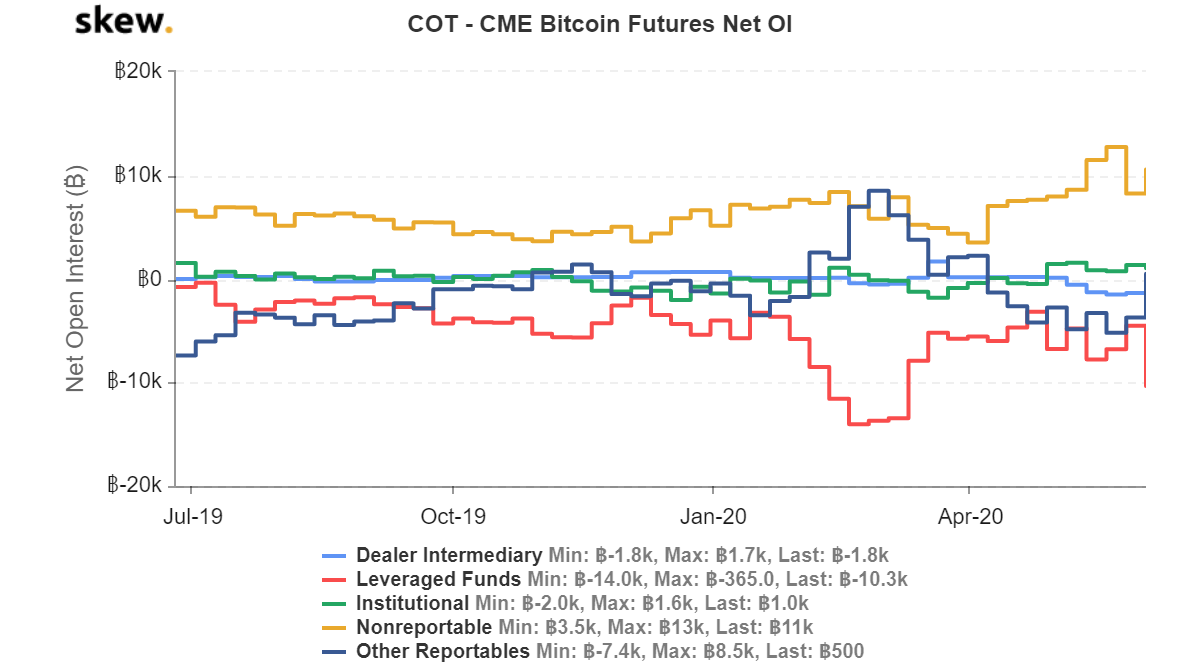 This is not the first time the retail and the leveraged funds are positioned in opposite directions. As mentioned previously, last week’s COT report showed retail’s bullish interest with total investments of around 12,000 BTCs as this level had not been seen since 2018.

For now, there is still a tussle between the leveraged and the non-reportables, with the latter having the most BTC. This divergence will contribute to Bitcoin moving sideways for a few days more. However, considering the price and the up-channel it has formed, the larger picture seems bearish. However, considering how the investors have been positioned, the short-term picture looks slightly bullish and sideways movement can also be expected. 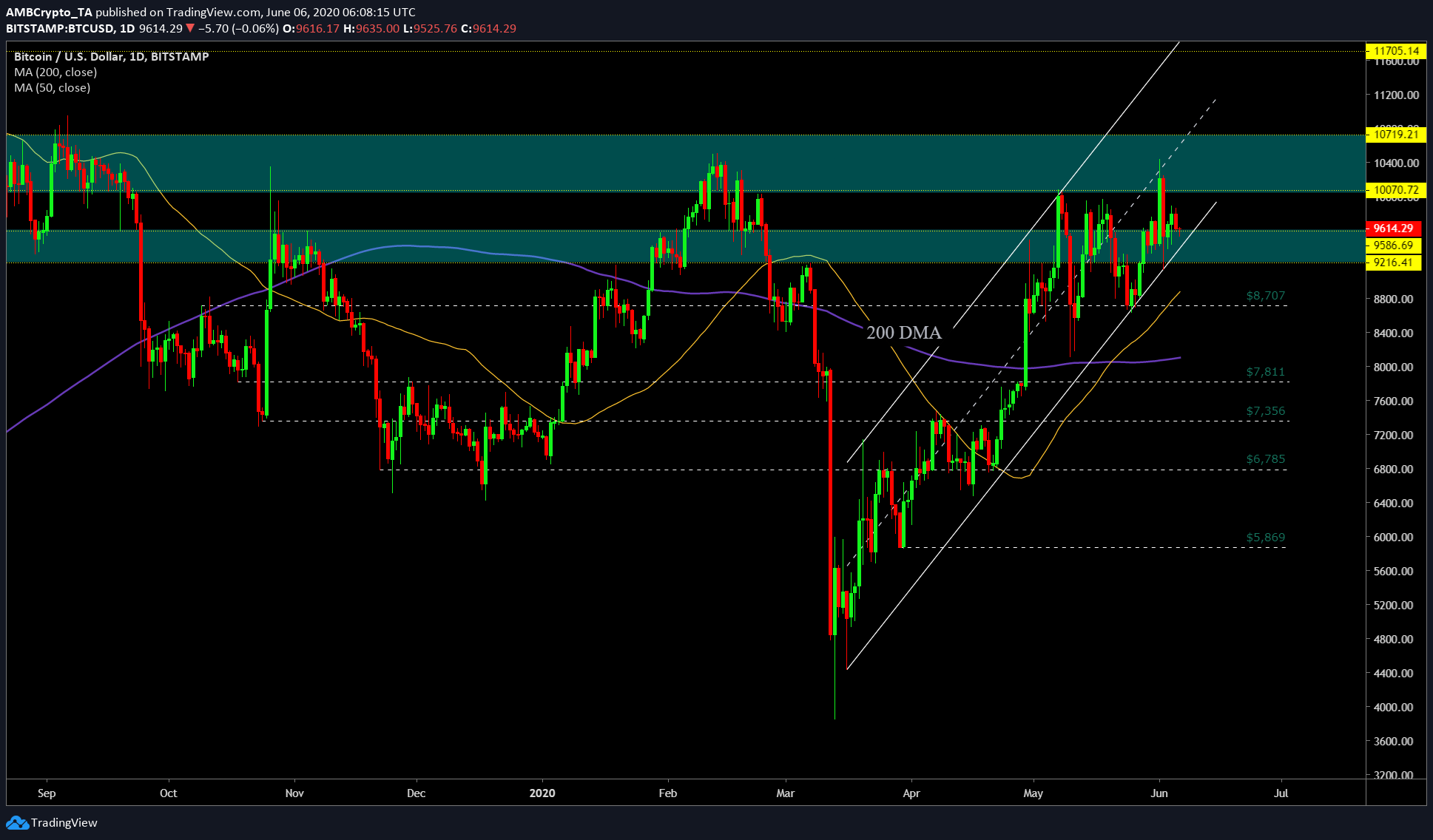 Breaching the $10,000 level is not bullish for Bitcoin as there is an even bigger resistance above it. The zones extending from $9,200 to $9,500 and $10,100 to $ 10,700 are extremely important. At press time, the price was hovering just above the upper limit of the first range; breaching lower and into this range will eventually happen as the price breaks out from the multi-month pattern.

When this happens, the present sideways movement could be a good accumulation zone depending on the position. From the looks of the coin’s technicals, the price favors shorts during the breakout; however, looking at the current CME COT report, investors who are bullish have more positions open, hence favoring the bulls.

The levels to keep an eye out for if the price breaches the up-channel pattern includes $8,700, which was an important level before the Black Thursday drop. Following this will be the 200-DMA [purple], which is at $8,100. If the breakout has high volume supporting the bears, the price could push into the $7,000 territory at $7,800 and $7,350. While it is safe to assume the breakout will not dip below $7,350, an even more important level is at $6,785.

Related Topics:CME COT Reportfeatured
Up Next

Will Bitcoin surge as COVID-19 eases?