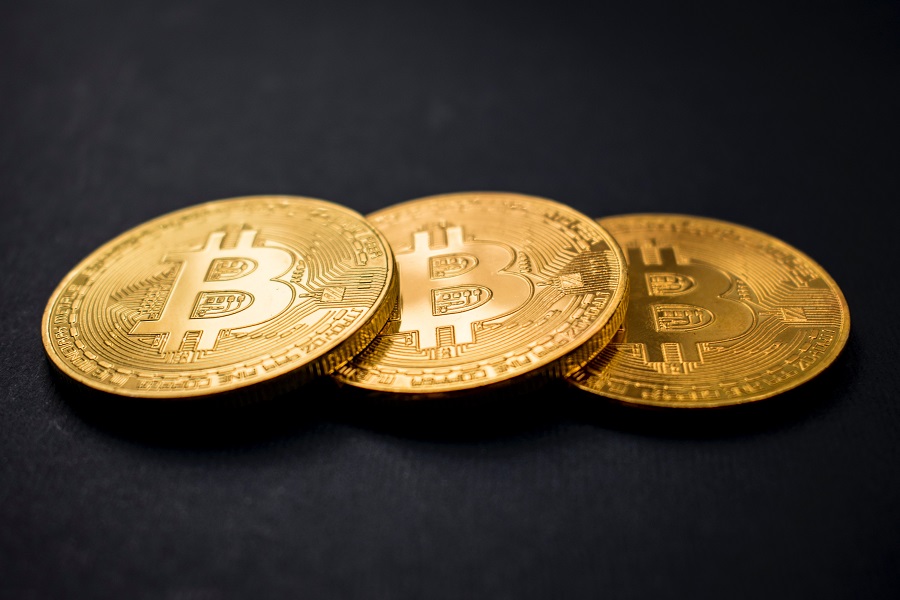 Whenever Bitcoin moves, a stablecoin is never far behind. This time was no different, but that stablecoin surprisingly was not Tether.

TrueUSD (TUSD), the fourth largest stablecoin in the market, with a market capitalization of over $135 million saw a massive pump in its 24-hour trading volume, in the same time period as Bitcoin dropped. 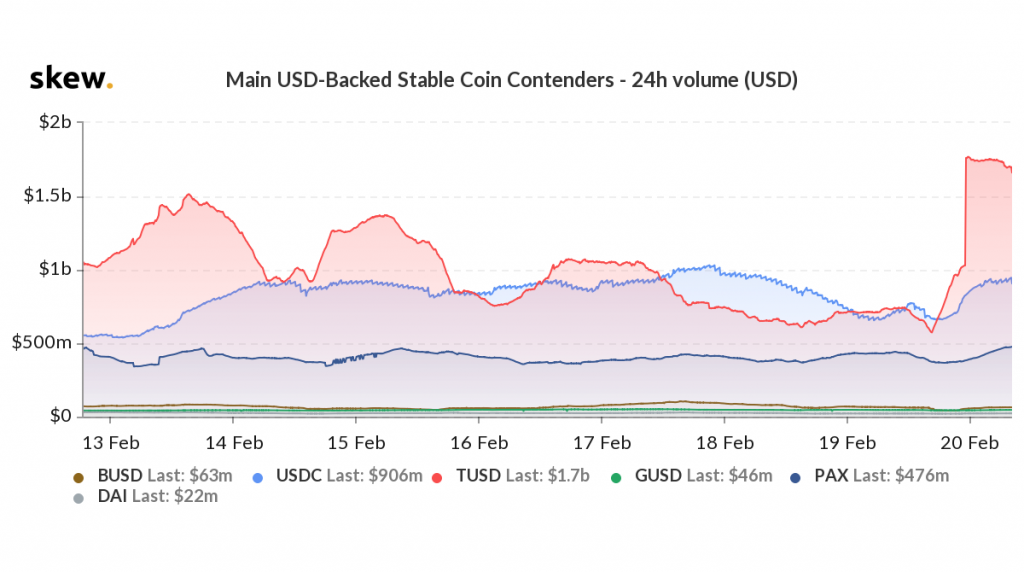 According to data from skew markets, the stablecoin saw its volume increase by over 190 percent from over $550 million to $1.8 billion in an unprecedented move, that has gone under the radar. 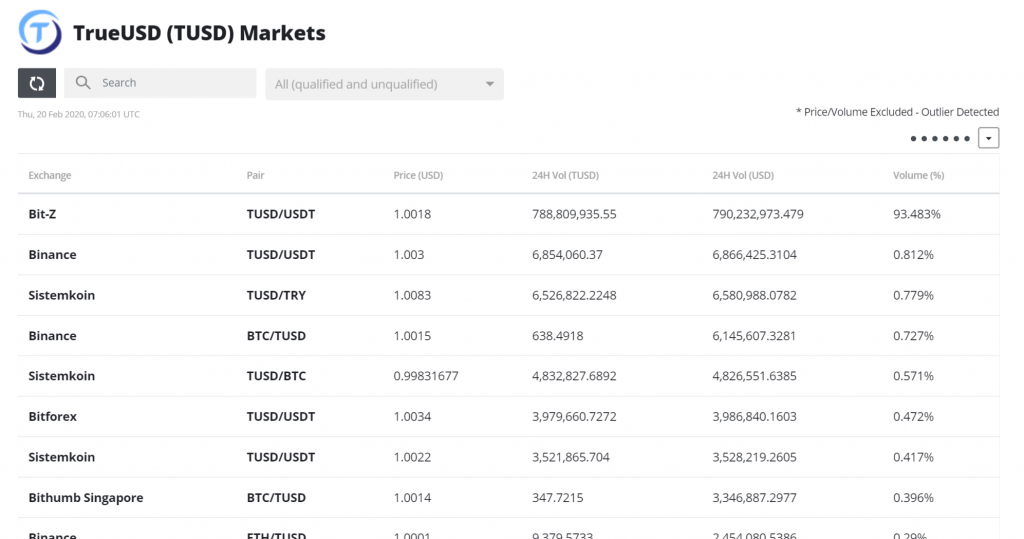 Data by Bravenewcoin suggested that the huge volume came from Hong Kong-based exchange Bit-Z alone; 93.48% of the total TUSD volume was concentrated in this exchange. The table shown above shows a significant difference in the volumes of TUSD concentrated in different exchanges, with less than 1 percent concentrated in the other exchanges.

Additionally, Bit-Z’s exchange volume testified the same. Data from CoinGecko revealed that Bit-Z had 28.48 percent of its total volume come from TUSD. Furthermore, the liquidity of TUSD on Bit-Z is also a mismatch. At press time, TUSD/USDT trading pair had a spread of 1.19 percent, signifcantly higher than the rest of the field. 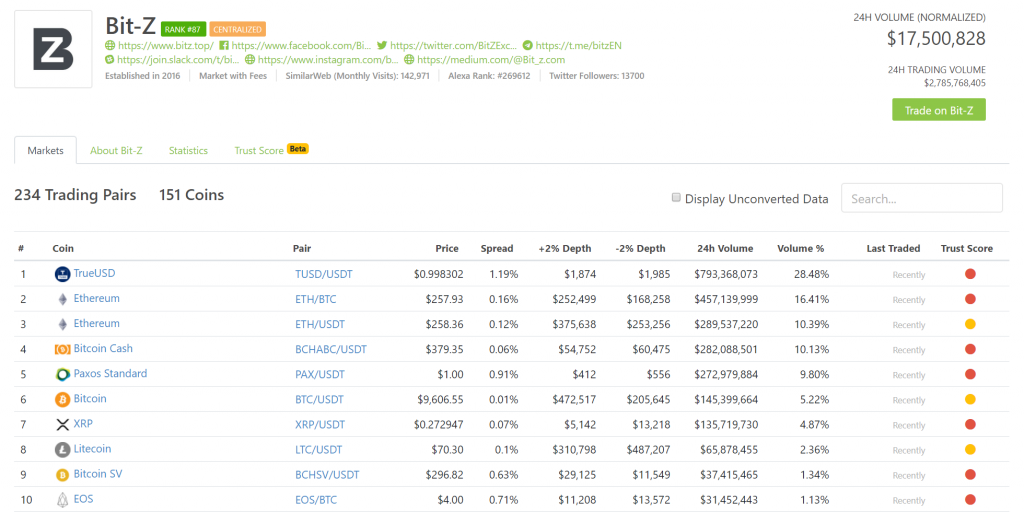 All said, the reason for this hefty concentration of TUSD volume in Bit-Z still remains unknown. Given the TUSD volume increase vis-a-vis Bitcoin’s price, there is more than one stablecoin that has an undue influence on Bitcoin.

Bitcoin’s crash opens door to a tussle between sentiments

Bitcoin’s mining pools reshuffled, ahead of the halving