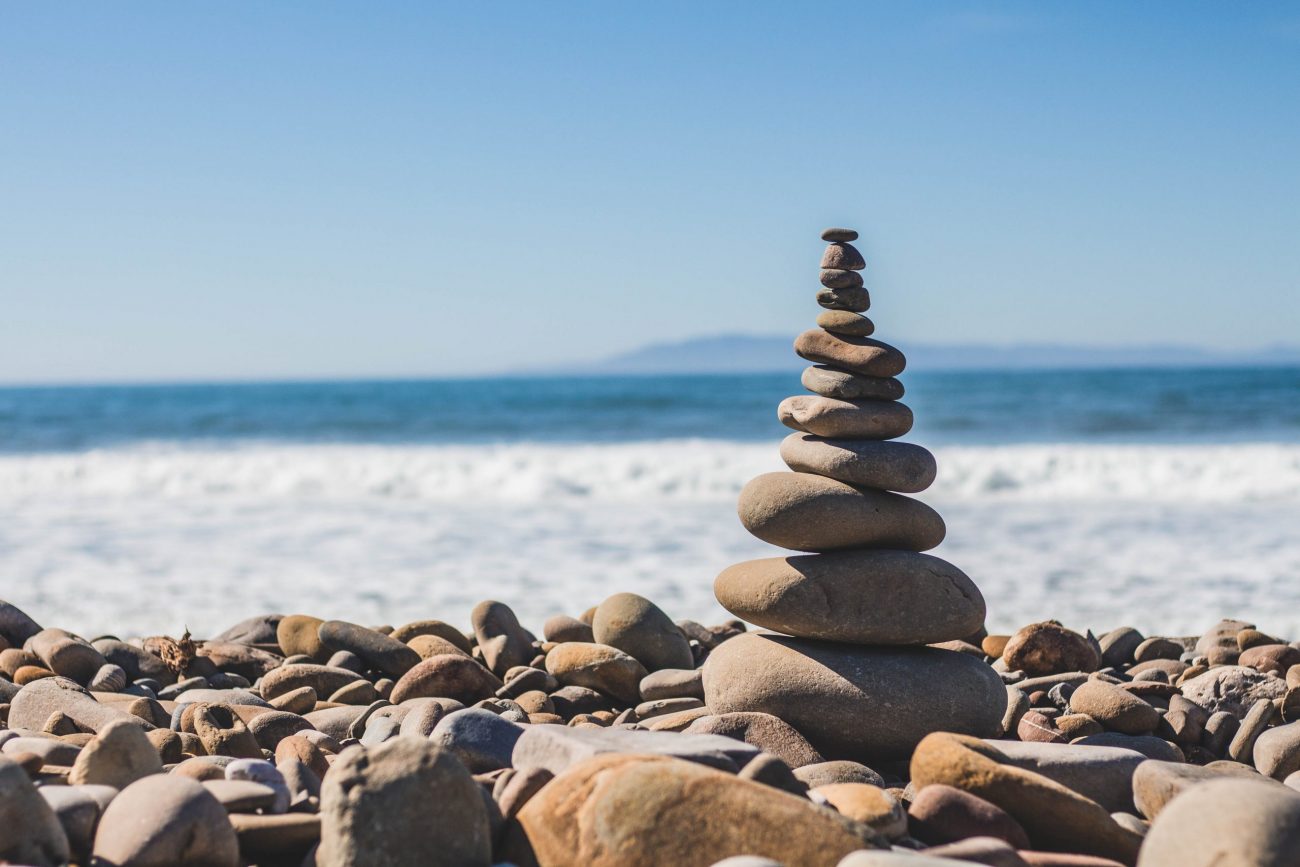 Based on data aggregator sites, it is clear that Tether’s USDt is the most dominant player in terms of the market cap. No other cryptocurrency or stablecoin comes close to being a competition. Even Bitcoin, the world’s largest and the first cryptocurrency’s 24-hour volume shies away in front of USDt’s.

At press time, USDt’s 24-hour trading volume was $22 billion while BTC’s was $16 billion. These figures are such mainly due to the stablecoin being used as a trading pair/base pair for almost every other cryptocurrency that exists. In fact, most cryptocurrencies are valued in USDt and not in USD and very few exchanges like Bitfinex, Kraken, Gemini, etc. offer to trade few cryptocurrencies against the US dollar. 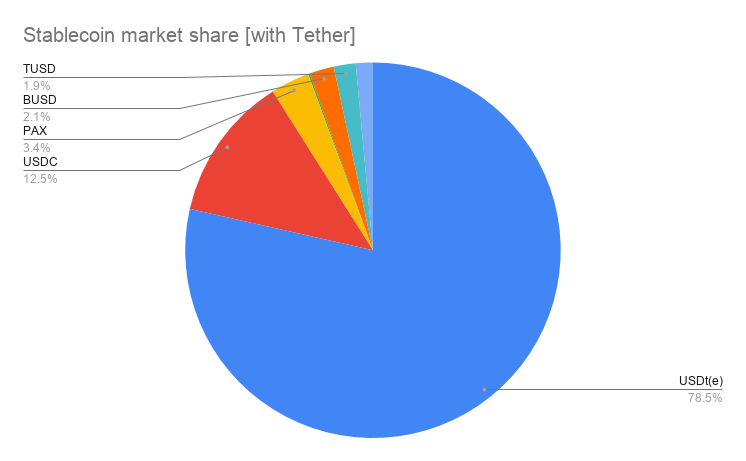 Since Tether overshadows every other stablecoin, looking at the market share without Tether does justice to other stablecoins. Hence, as seen below, without USDt, USDC dominates the stablecoin scene with a 58% share, followed by PAX and others. 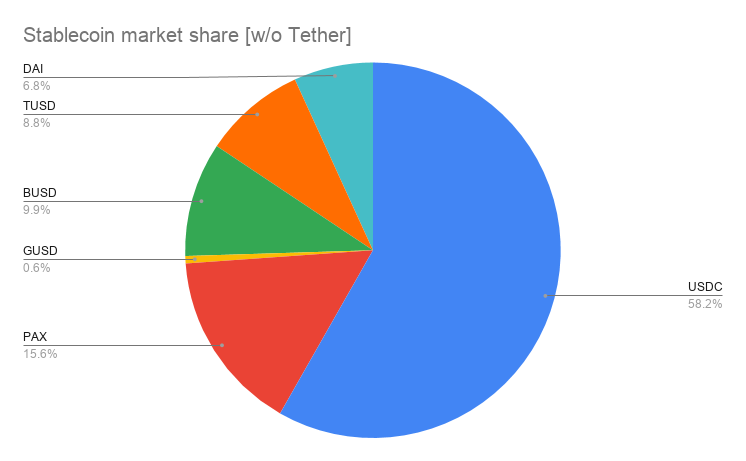 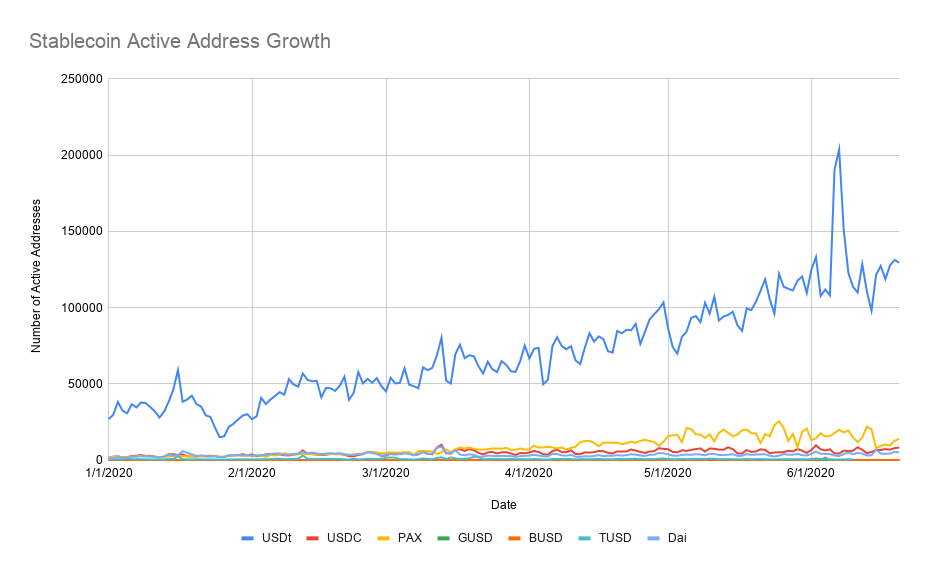 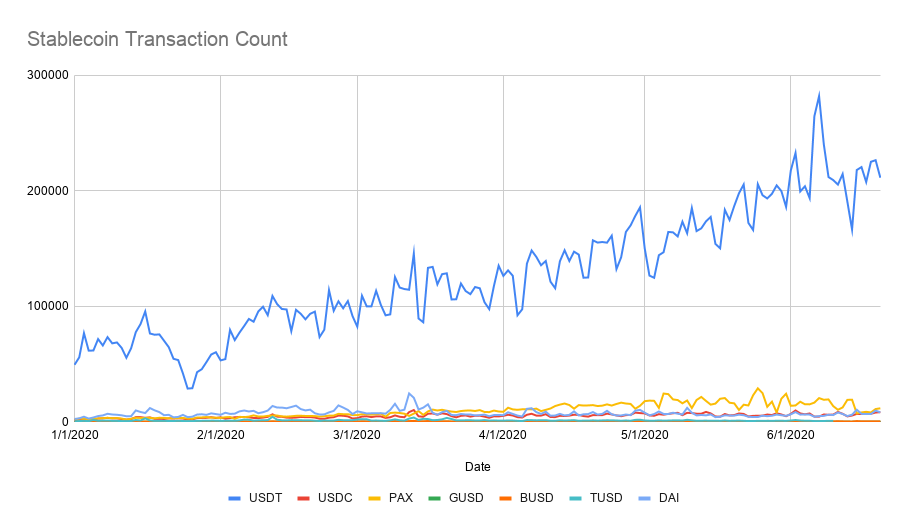 In terms of daily transactions, the count is, yet again, dominated by USDt, with an average daily transaction count of 127,477, while the rest of the stablecoins’ counts are in 2-4 digits. This shows USDt’s dominance over the stablecoin landscape. The main reason for this is the selection of a superior chain – Ethereum, one that allows USDt to be sent and settled in less than a minute. 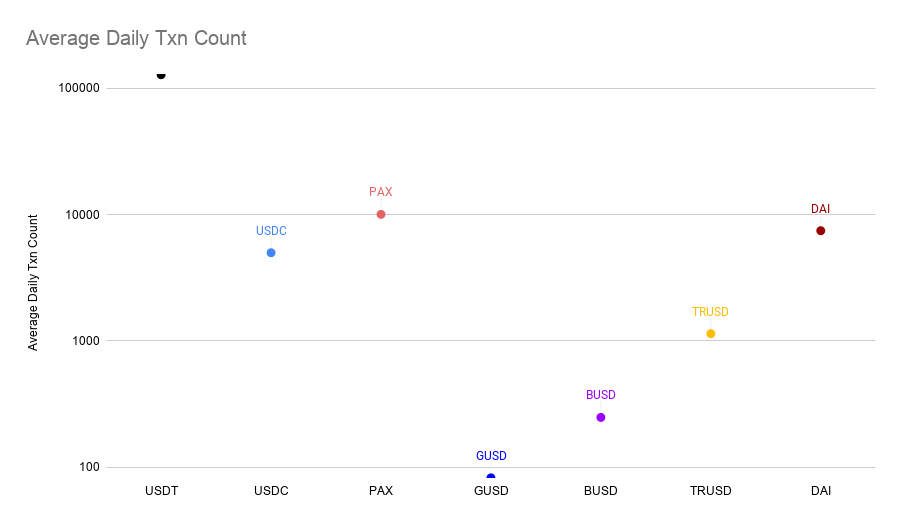 In fact, this can be seen on the Ethereum blockchain; As of 23 June, the total transactions on the ETH blockchain hit 1,092,083, and Tether contributed a whopping 30% [323,192 ] to these transfers. While USDt dominated the landscape, Gemini’s GUSD averaged the least daily transaction count at 82. Surprisingly, a relatively close competitor was Paxos with 10,000 average daily transactions, followed by DAI and USDC. 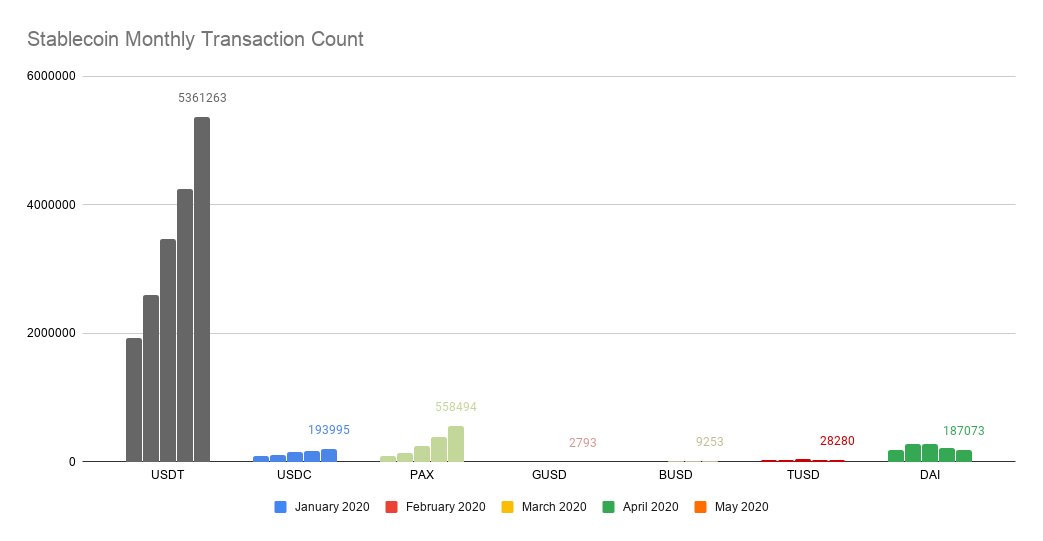 For UDSt, the transaction count has done nothing but increase in 2020, however, not as much of BUSD or PAX. BUSD had the highest increase of 1916% in the number of daily transactions, perhaps, the reason being that it is quite new and hence, any increase seems to be a huge surge.

Therefore, PAX is the winner in terms of an increase in transaction count as it saw a ~600% surge. In the order of percentage increase, BUSD was followed by PAX, TUSD, USDC, DAI, USDt, and GUSD. Although USDt clearly dominated the total transaction count, it didn’t see a huge increase due to its already massive size.

Clearly, BUSD recorded the highest increase in monthly volume of 253%, following which was USDt’s on-chain volume, which increased by 115 %. Although Binance’s BUSD has seen a massive surge in monthly value transferred since the start of 2020, USDt seems to be the go-to stablecoin by boasting an average monthly volume of $29 billion. Tether’s monthly volume was 24 times more than that of BUSD’s. 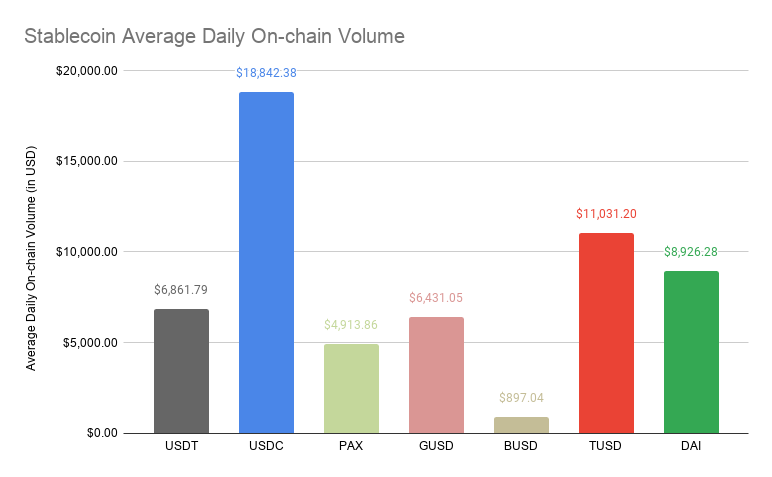 With DeFi turning all the spotlights on it, stablecoins seem to have gained equal prominence. With the launch of governance tokens and yield farming, stablecoins have truly become the staple food for DeFi. With USDt being the largest in terms of market share and popularity, it will gain mainstream attraction from DeFi users.

Additionally, people trying to escape government regulations will also stick to USDt due to the ominous and a semi-transparent nature of the stablecoin. While Circle’s USDC managed to blacklist an address to help law enforcement, there is now an active lookout for a stablecoin that is, perhaps, more decentralized and is free from the prying eyes of the government.

Can Bitcoin get in on the gold rush?