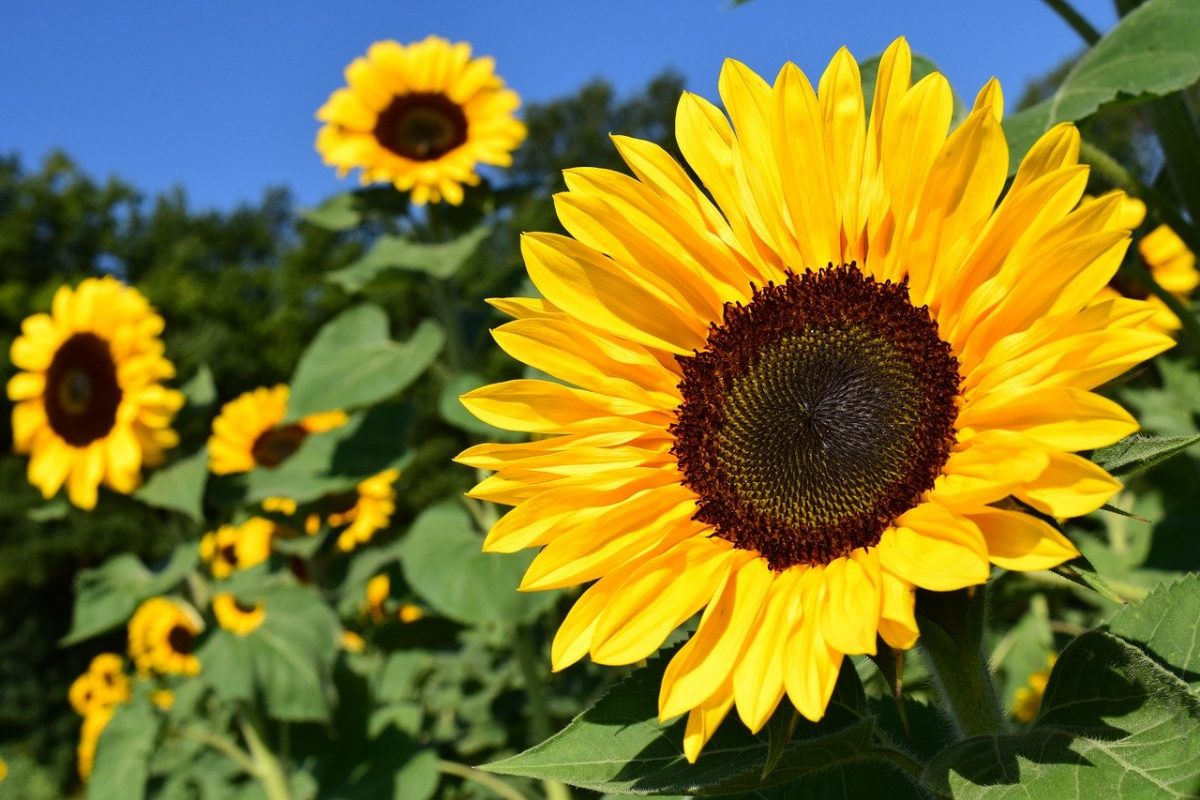 Bitcoin Dominance continued to plummet on the charts, with the same noting a figure of 64.94%, at press time, down from 67.91% a few days ago. Further down the crypto-ladder, while Tezos enjoyed a breakout and tested a level of resistance, Verge posted gains and flipped a level of resistance to support, indicating that it could rise further. Finally, Enjin possessed bullish momentum but it remains to be seen if a bearish divergence would play out. 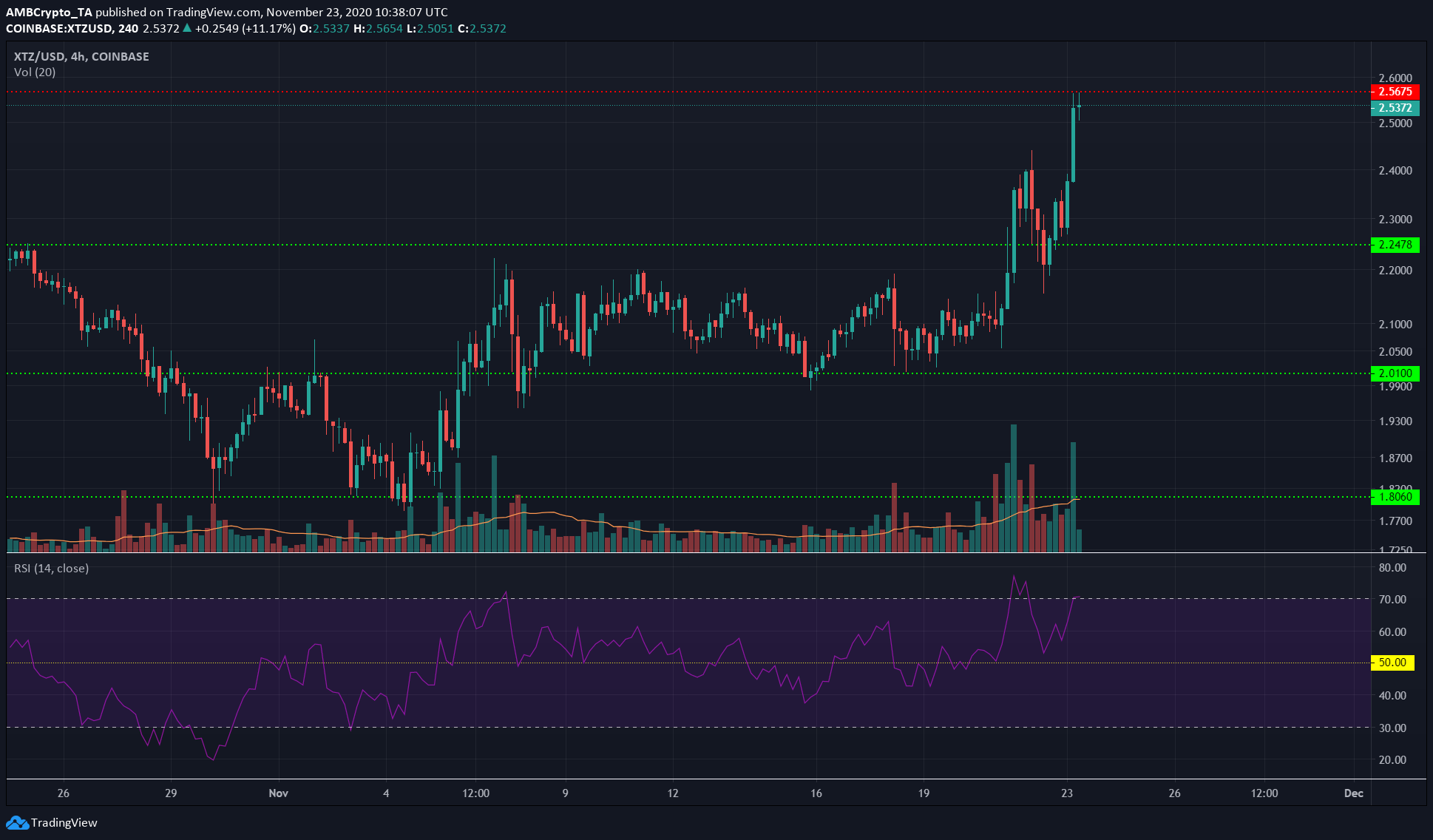 Tezos surged past the $2.24-level of resistance that had been holding the bulls at bay since late-September and flipped it to support on a re-test. The trading volume was far above average and indicated a legitimate breakout.

The RSI appeared to form a lower high and could point to a bearish divergence in the next few hours. While that doesn’t mean an immediate drop in price, it could see the bears seize the initiative at the $2.56-level to push the price down a bit, a development that could also see traders take profit.

In either scenario, the outlook for XTZ in the short-term was bullish and it can be expected to ascend past $2.56 and flip it to support in the coming days.

A close below $2.4 over the next few trading sessions was unlikely, but it can offer a good entry for a long position. 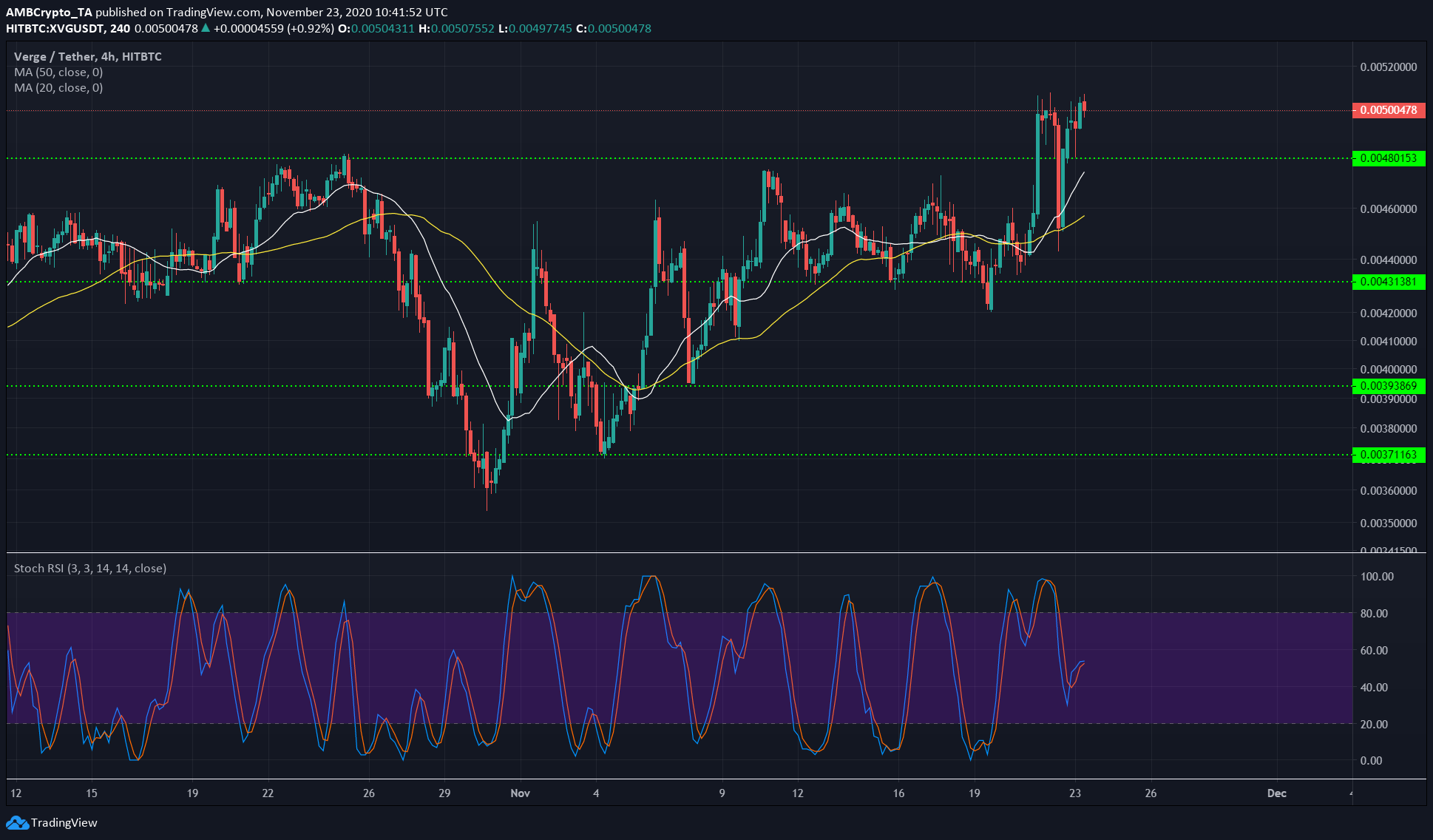 XVG rose past the $0.0048-level a couple of days ago and saw some indecision, and subsequently, a bearish candle pushed the price down to $0.0045 to register an 8% loss in a single trading session.

However, XVG found support at the 50 SMA (yellow) and the bulls pushed the price back above $0.0048. The Stochastic RSI did not indicate overbought for XVG yet, so its bullish momentum could take the price further north.

The 20 SMA (white) crossed above the 50 SMA to highlight the recent spike in price. $0.005 has been a liquidity pocket in the past and could serve as a region of supply.

A close above $0.005 could see XVG continue its ascent. 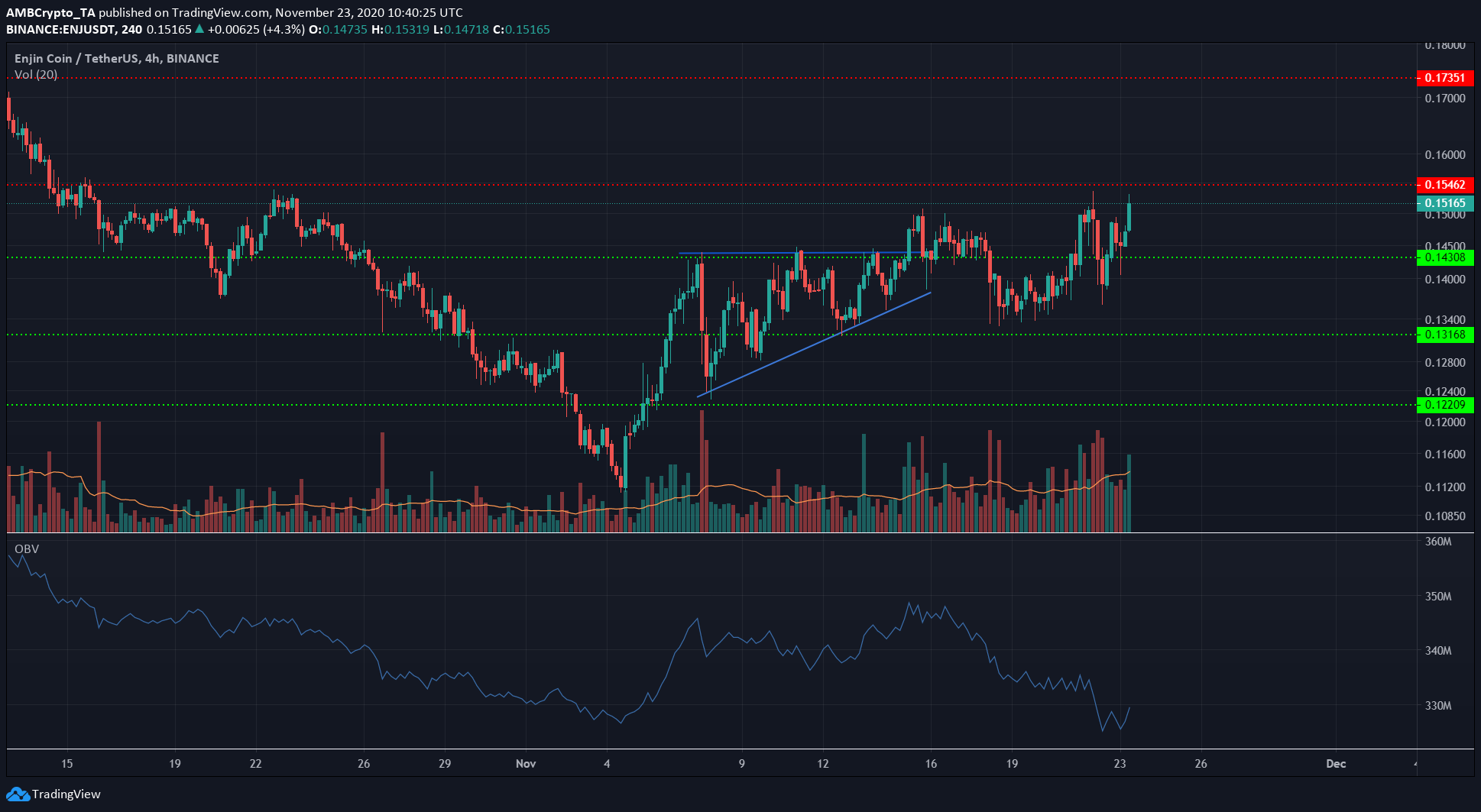 Enjin has been posting gains over the past few days, but the OBV highlighted that selling volume far outweighed buying volume. While the momentum remained in favor of the bears, sellers could stifle attempts to rise past $0.154-resistance.

This divergence between the price and the OBV could see a correction in price that could take it to the $0.141 and $0.131-supports in the coming days.

Litecoin will fall, and that’s the way the cookie crumbles