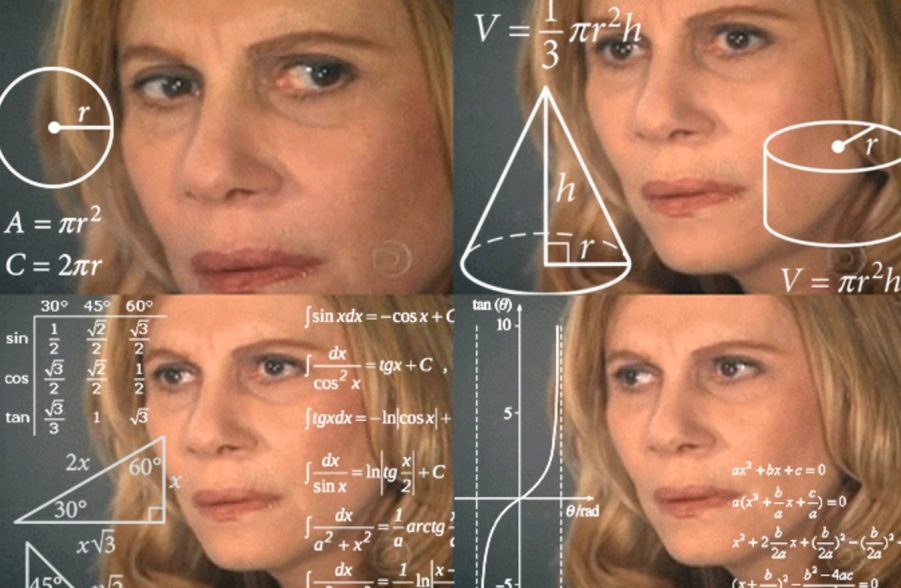 Bitcoin crashed by 15% over the last 3 days. However, the crash on 26 February was brutal as it pulled down the price from $9,369 to $8,627, triggering liquidations worth millions. The price continued its crash onto the next candle, pushing even lower [$8,520]. At press time, Bitcoin was hovering at the $8,804 level, with the bleeding showing no signs of stopping.

As Bitcoin tries to resuscitate itself from the collapse, it is important to look at what to expect next from Bitcoin.

A deeper collapse or a surge to mitigate losses? 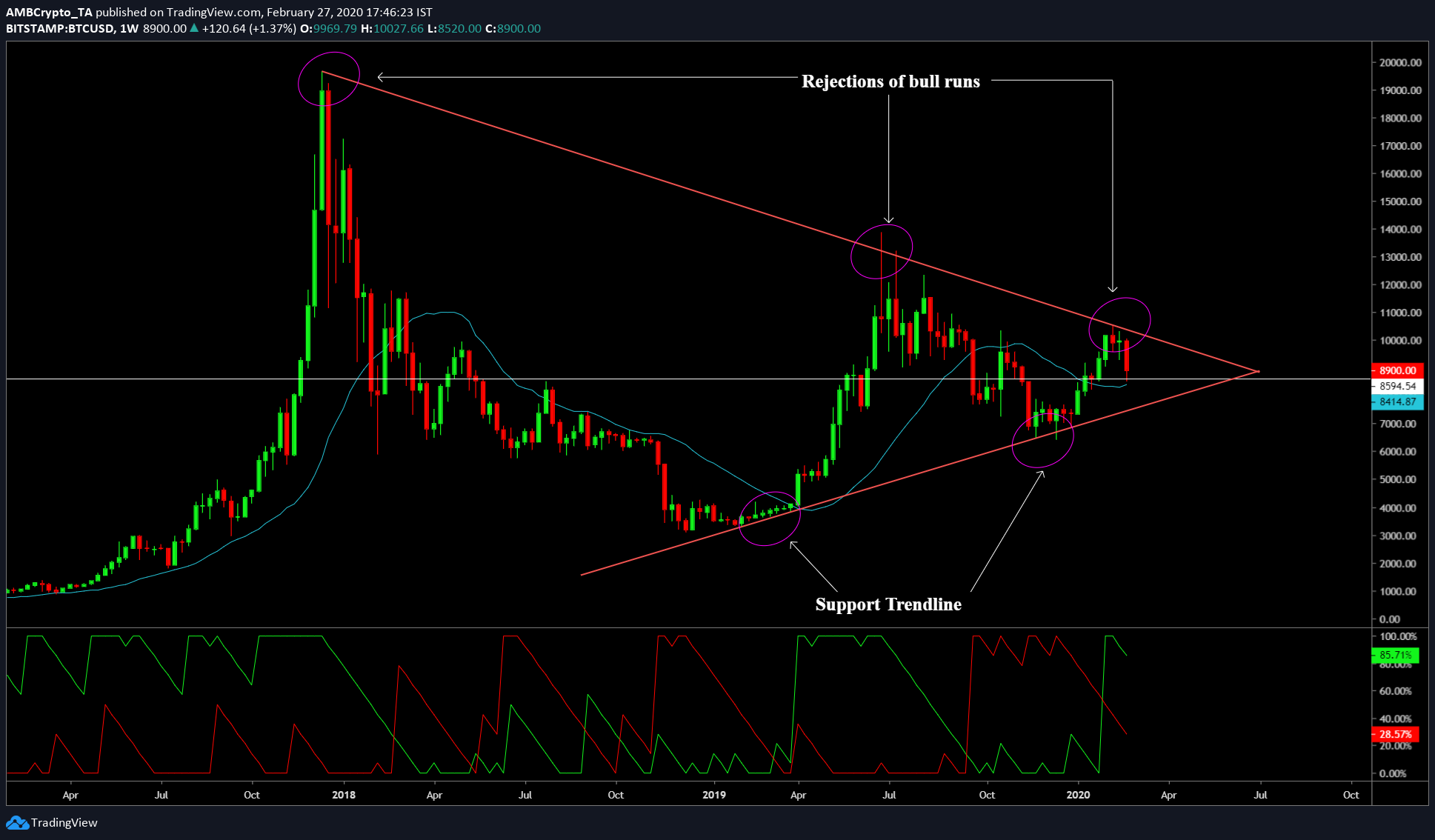 The weekly chart for Bitcoin showed important levels to keep an eye out for. Right off the bat, Bitcoin is stuck bouncing between the two trendlines, one extending all the way back to December 2017.

The June 2019 rally and the February 2020 rally were both successfully prevented from happening by this downtrend. Further, the uptrend extending from early 2019 to press time has prevented the price from collapsing lower. Together, these lines form a symmetrical triangle and perhaps, the biggest pattern in Bitcoin’s history.

As it stands, Bitcoin’s important level would be $8,594; following this is the 21 weekly moving average [WMA] which is at $8,414 [blue]. Breaching these levels would be an absolute catastrophe for Bitcoin’s rally.

Unfortunately, things do not look good for Bitcoin. The Aroon indicator showed that the uptrend hit a peak and had started its retracement. However, the bearish aspect of the Aroon indicator is its downtrend, which showed that there is more room to move downward, indicating further bearish presence. Hence, a drop to the 21 WMA i.e., $8,414 can be expected. A further drop would take Bitcoin to $8,059.

The 3 remaining days for the weekly candle to close will fit this drop, which makes this week’s close an important one. 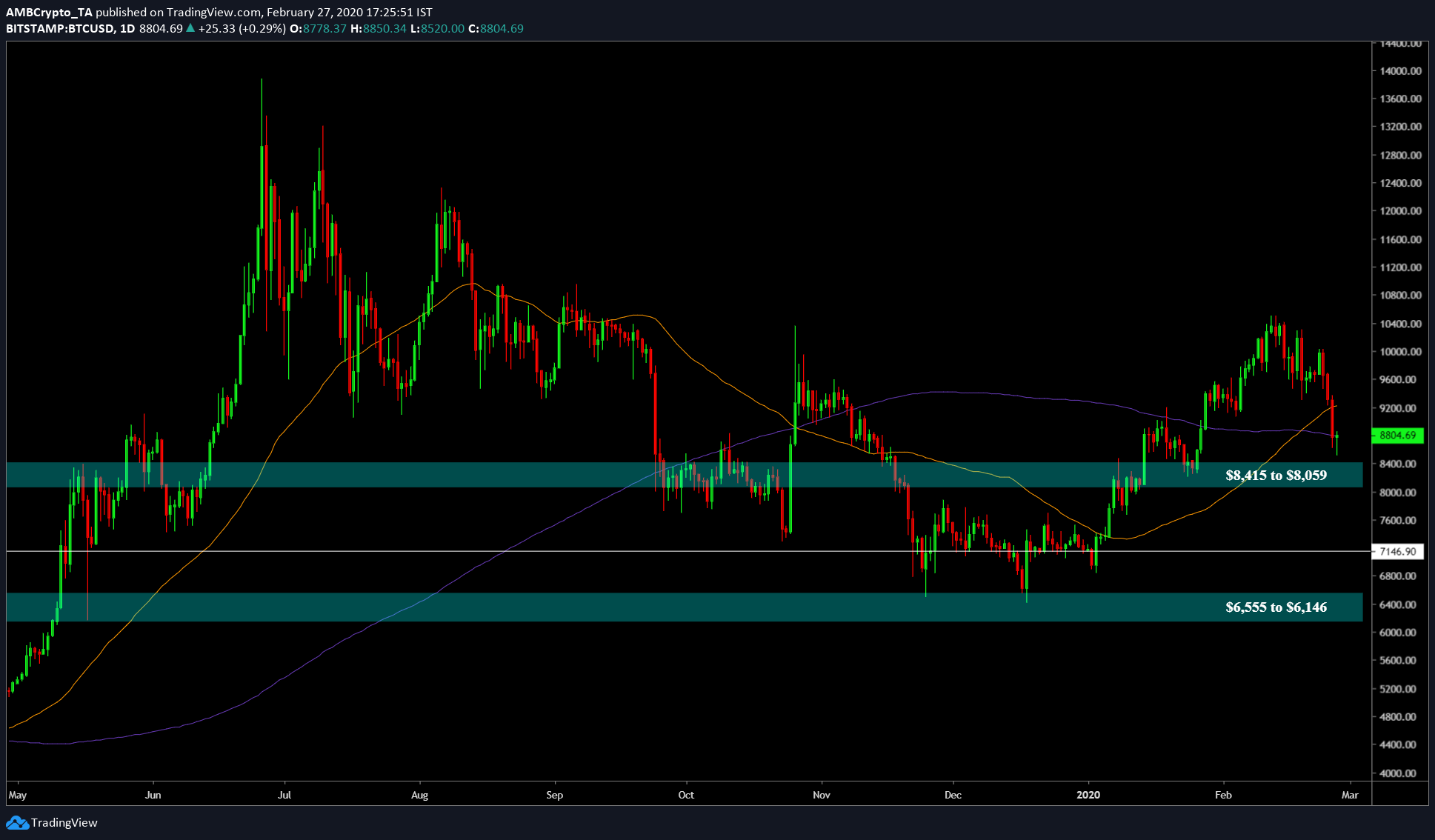 Unless the price doesn’t drop into the immediate resistance zone extending from $8,415 to $8,059, BTC will be fine. The retracement from here would take the price above the 200-day moving average [DMA] and perhaps, towards the 50-DMA, which is comfortably above $9,200.

Bitcoin is building a nation on the foundation of maximalism