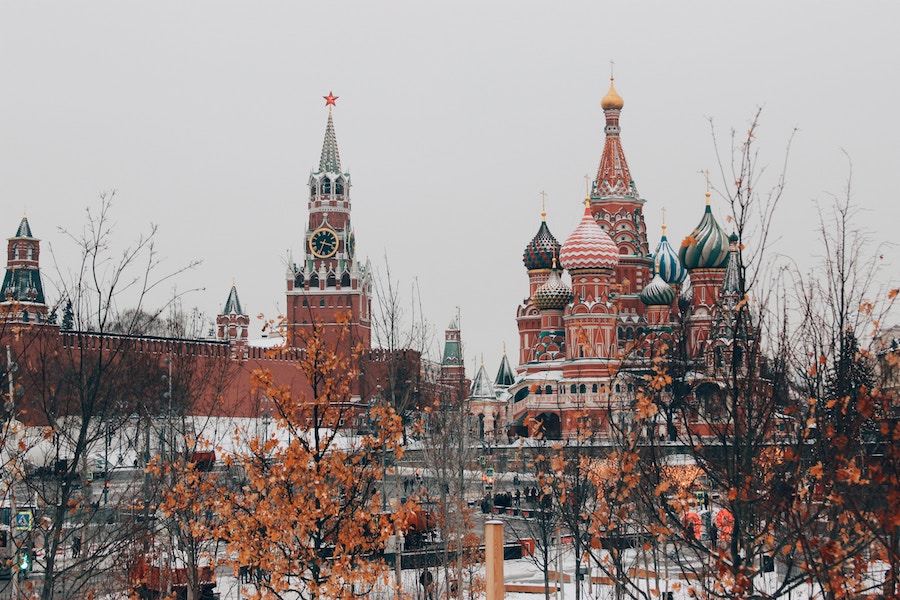 The key fundamentals of Bitcoin are security, and its characteristics of being borderless and ‘un-confiscatable’. Time and again, several influencers and leaders of the crypto-space have emphasized on these fundamentals, hailing that they were the pillars that make Bitcoin unstoppable.

However, Russia, is attempting to break one of Bitcoin’s fundamentals – the tenet of being ‘un-confiscatable’. The country’s Ministry of Internal Affairs is planning on rolling out a “legal mechanism for the seizure of virtual assets for their confiscation” reported local media, RBC. This would allow the local police authorities to confiscate users’ Bitcoin and other cryptocurrencies.

Additionally, the ministry along with Rosfinmonitoring [Federal Financial Monitoring Service], Prosecutors General’s Office, the Investigative Committee, the Justice Ministry, the FSB, the Federal’s Customs Service, and the Federal Security Service will be making “the relevant proposals” to execute the plan by the end of 2021, with the deadline set for December 31.

Alena Zelenovskaya was quoted highlighting the use of cryptocurrencies for criminal and illegal activities. Zelenovskaya said {translated from Russian},

“The trend of a constant increase in the number of crimes using virtual assets, the insecurity of individuals from this type of criminal encroachment, of course, dictate the need to develop mechanisms for legal regulation and control over the circulation of virtual assets”

However, this “legal mechanism” would still find it challenging to confiscate Bitcoins that will be held by users in their private wallets, thereby, leaving only cryptocurrencies stored in exchanges at risk of police seizure. As Andreas Antonopoulos would say, ‘Proof of Keys: Not your keys, not your Bitcoin.”

The details of how the government would be moving ahead with confiscating cryptocurrencies if the “legal mechanism” are yet to be released. Nikita Golikov, a member of State Duma’s Expert Council, explained options the ministry could opt in order to confiscate virtual assets. 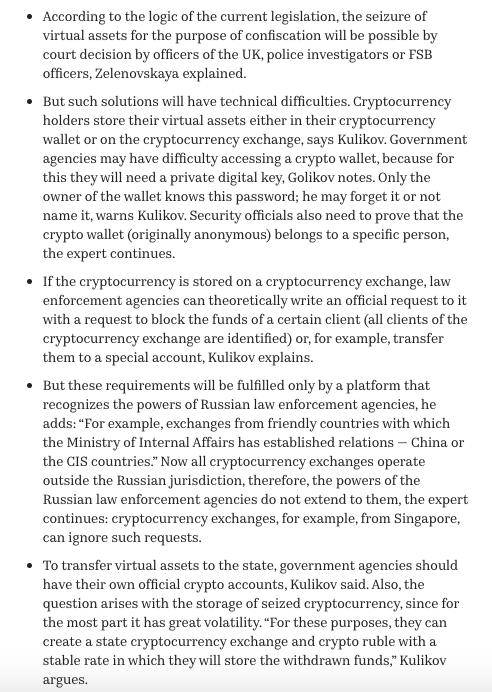 This aside, Konstantin Golikov was also quoted speaking about the issues concerning the classification of cryptocurrencies that could arise problems for this “legal mechanism,” adding that the Bank of Russia could intervene and even oppose it. Golikov stated,

“[…] in oder to confiscate, they [cryptocurrencies] must be recognized at the legislative level either as a commodity or a cash equivalent.”

Those formulations that exist in the bill currently being developed for the cryptosphere are not suitable for these purposes.”

Bitcoin’s spiraling price may bounce back with descending channel breach

Bitcoin worth $6 billion sold annually by miners to break even