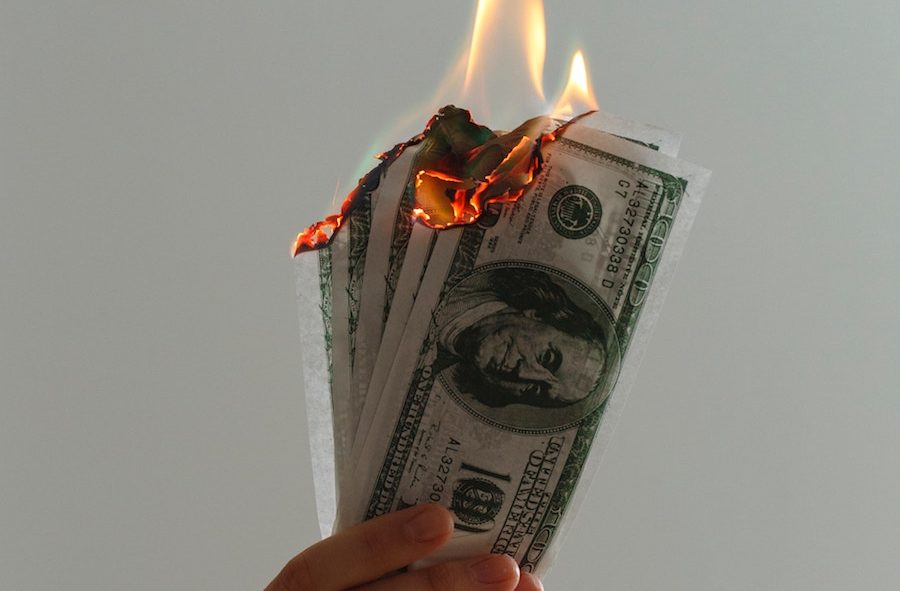 Bitcoin has been labeled as a store-of-value ever since its price skyrocketed to almost surge past $20,000. The king coin has since been hailed as a hedge against not just political unrest, but also against a possible economic collapse in the near future. The recent tensions between the United States, Iran, and Iraq have been attributed by many as a reason for Bitcoin’s uprising.

This topic was discussed recently by Morgan Creek Digital’s Anthony Paompliano, a well-known Bitcoin influencer, in a recent blog post titled, ‘The United States Is Increasing The Likelihood of Bitcoin’s Adoption by Foreign Governments.’ In the post, Pomp highlighted a recent development wherein the U.S threatened to withdraw banking support for Iraq if its troops were asked to leave the country. Pomp went on to say that the Central Bank of Iraq “has an account at the Federal Reserve Bank of New York,” adding that this is common for foreign nations to do.

“The United States continues to weaponize the US dollar, along with the dollar-denominated financial system, which is a form of censorship. We normally don’t use the word censorship when these actions are being talked about, but ultimately that is exactly what they are.”

He further highlighted that the United States government has so far been able to impose sanctions on other countries because it “controls the global reserve currency” that other countries rely on. While the U.S has weaponized the dollar, Pomp pointed out that it has resulted in “unintended consequences.” This includes other countries such as Russia and China finding an alternative to the U.S dollar, and countries like Venezuela creating new currencies.

“This is where Bitcoin comes in. It definitely isn’t perfect as a currency yet. There is price volatility in the short term. There is much less liquidity in the market than other global currencies. The decentralized, digital currency isn’t accepted as pervasively as the US dollar […] [it has a] specific advantage — it is non-censorable and non-seizable.”

Regardless, considering the ongoing situation, Pomp claimed that more countries and people will end up learning about Bitcoin because of the “United States’ continued weaponization of the U.S dollar” as a means to avoid censorship.

“At first the intention is educational. Eventually people start to get more interested. They fall down the rabbit hole. The light goes off. And it becomes obvious that Bitcoin’s non-censorship and non-seizability is the exact solution that you need to non-violently fight back. Bitcoin can actually help your country remain solvent”