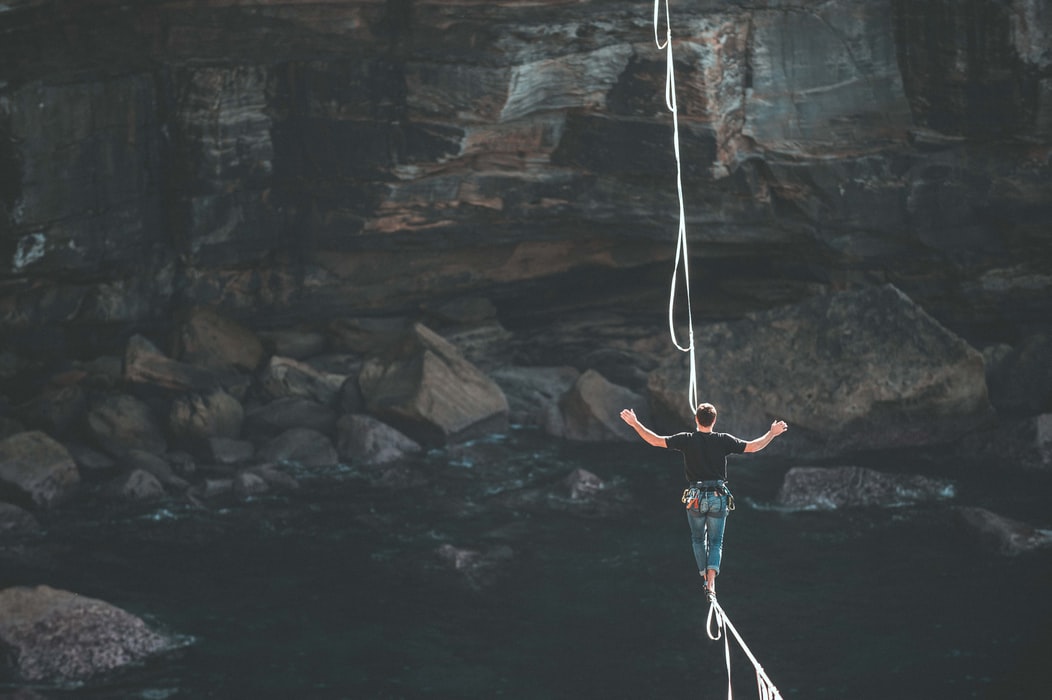 “The essence of investment management,” said legendary investor Benjamin Graham, “is the management of risks, not the management of returns.” Indeed the 2018 crash that followed the historic bull run and the accompanying price drop served as a reminder that a strategy to protect crypto investments from a fall is essential. The crash led traders to reexamine some of the key assumptions that lie at the heart of their crypto portfolio: the notion that cryptocurrency markets are efficient and have enough liquidity; the belief that an investment in Bitcoin can provide shelter in the crisis; and even the idea that Bitcoin is a “store of value”.

However, on-chain analysts would argue that Bitcoin is more an asymmetric bet than a store of value at this point based on 200 weeks MA. 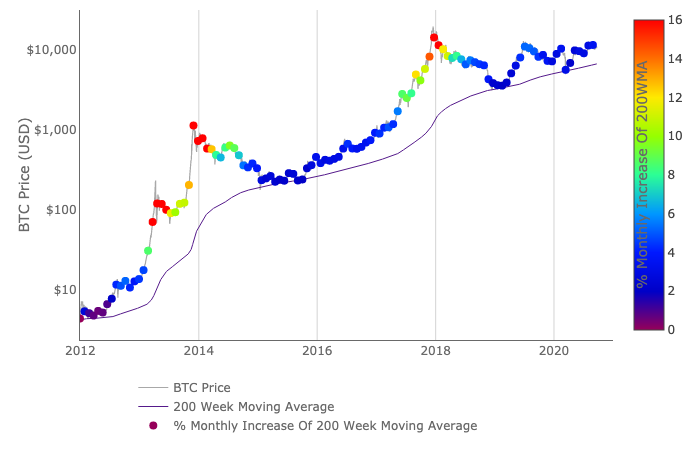 This chart was created by PlanB, and in 2020, so far we have blue dots that represent an increase of 2-6% of 200 WMA. The red points in the chart represent the best time to book profits, and it is evident from the chart that there have been a handful of such points 16% above 200 WMA. The bet that a trader takes on Bitcoin gets more and more asymmetric every year. In the current phase of the market cycle, 135 days post third halving, we have an ROI of 24.92 percent from the post halving drop.

While, there is scope for improvement in Bitcoin’s price, like hitting the 2017 level, comparing it to other financial assets highlights the fact that Bitcoin’s ROI has dwindled if you consider purchasing at different prices. If a trader bought 1 Bitcoin on January 1, 2017, and sold it during the end of year rally, ROI was upwards of 1800%. However, for a trader who entered post this drop in February 2018, and sold in December 2018 ROI was -60%. The best was asymmetric only in the first case, it also applies to traders who purchased Bitcoin in January/ February of 2020. The store of value and asymmetric bet narratives apply in a handful of cases with several assumptions.

In his podcast, popular Bitcoin Influencer A Pompliano is quoted saying, “Bitcoin is not only a store of value but also an asymmetric bet. The upside is massive while at this point the risk seems low”, this applies to specific cases and it may not be the ideal lens under which traders examine Bitcoin. It makes a bullish case for Bitcoin, but at the same time it raises key questions like – What is the reasoning for entering into Bitcoin traders or HODLing Bitcoin?

If a trader knew what outcome to expect, the trading strategy would be more efficient. Putting cash reserves to work, as Pomp mentioned, is important. However, ascertaining risk and relevance is equally important. Back in 2017, the asymmetric bet would be an ideal narrative, however, Bitcoin’s growth is more sideways than vertical in the past 3 years. 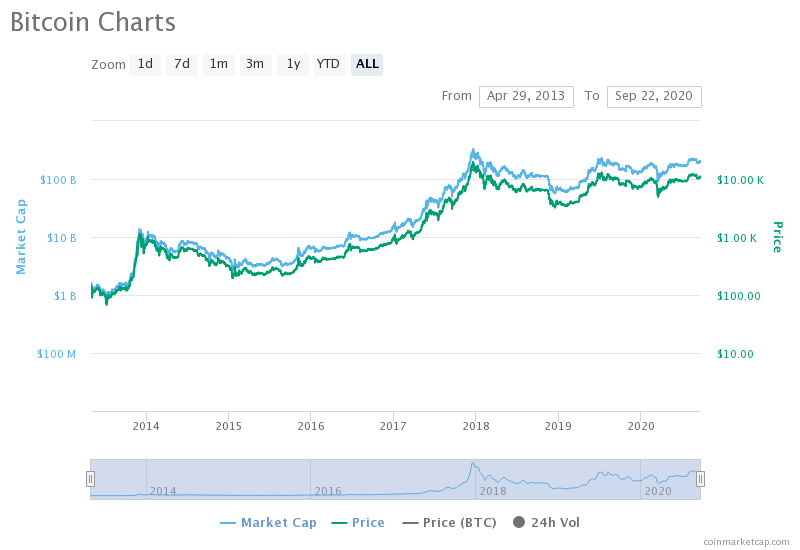 Other assets that were introduced more recently like TRX, XRP, or DeFi, have outperformed Bitcoin in short-term ROI. For instance, returns on several DeFi projects are upwards of 100% and this is clearly an asymmetric bet. However, this is time sensitive.

When buying Bitcoin or any other project, traders are buying the narrative and not the asset, most times. And this is like walking a tightrope. Price movement is heavily influenced by whale movements and miners, since the market capitalization of Bitcoin is still low compared to assets in traditional finance, price movement is sensitive to small changes. 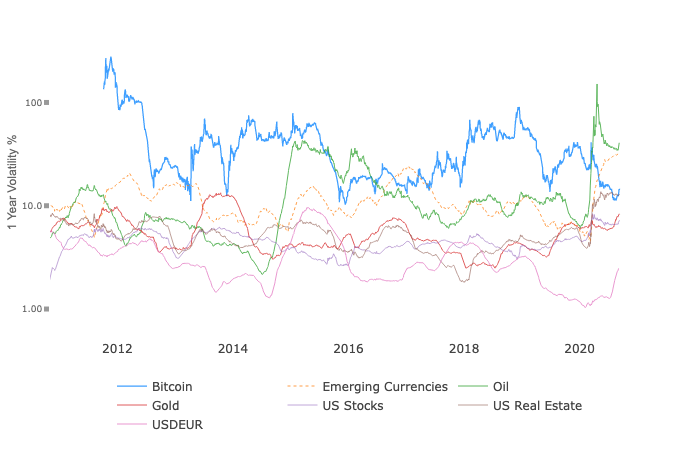 Buying the narrative doesn’t guarantee returns on the asset, however, in light of the fact that narratives are time-sensitive, traders can use market cycle positions before making a call.

Related Topics:featuredPlanBStore of value
Up Next

Stablecoins receiving SEC, OCC’s approval; will there be Ripples?