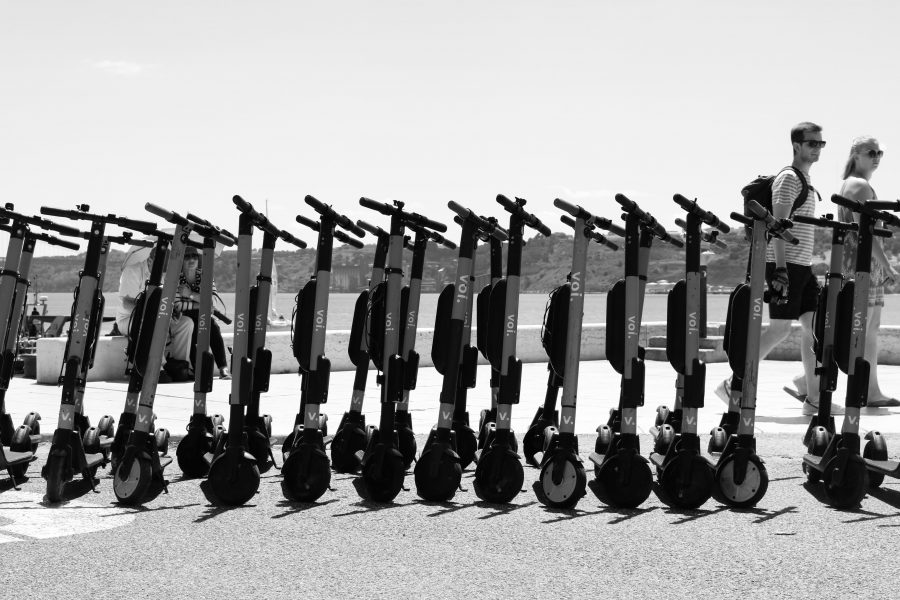 “All warfare is based on deception,” Sun Tzu, The Art of War.

In the midst of a ceremonious battle, it so often happens that two opposing forces find one common ally. An entity that for better or for worse, inextricably ties the two sides together, either giving them a cause to fight for or fight against or in the most unlikely of cases, to unite. We see this trichotomy of warfare playing out before our eyes.

Facebook is on the verge of revolutionizing the way we look at messaging systems altogether. Less from a way to stay socially connected and more to remain financially connected. With their unveiling of Libra, the digital assets project, Facebook put a name on their charge into the payments world. But because of Libra’s operational intricacies, its introduction has been met with less fanfare and more alarm bells.

Libra, as Facebook would have it, would be backed by a basket of fiat currencies and other government securities, built on its own blockchain, and native wallet, Calibra, channelized through the Facebook messaging applications of WhatsApp and Messenger. It will be internally governed by a Switzerland-based 29 member consortium housing the likes of MasterCard, Visa, Uber, and PayPal. This operational and geographical independence, lack of a single government link and a billion-strong customer base, are all elements of a global economic earthquake, and the regulators didn’t like it one bit.

Within days of Facebook’s plan ringing in the regulators’ ears and offices, there were calls to halt its development. Leaving aside the global outrage, what really brought Libra to its knees was the barrage of attacks coming out of Washington D.C. In a week, the Federal Reserve Chairman, the US Treasury Secretary, both houses of Congress and the President himself spoke out against Libra, highlighting aspects which could find its away into the Libra network, including money laundering, terror financing, monetary policy manipulation, and the leak of customer data, with the digital assets project likened to a ‘national security issue.’

On the back of this onslaught, Libra, humanized by Calibra’s David Marcus, had little to say. Post the congressional hearings, Marcus looked to have taken a beating, confiding in the statement, “We will take time to get this right.” Facebook, on the other hand, was not so optimistic in its quarterly report filed with the US Securities and Exchange Commission [SEC]. The Menlo Park giant suggested that due to the regulatory backlash, Libra would never see the light of day.

“In addition, market acceptance of such currency is subject to significant uncertainty. As such, there can be no assurance that Libra or our associated products and services will be made available in a timely manner, or at all.”

In what was thought of as just another fit of jitters by the regulators over a private company’s innovative business practice, if Libra, a project with objectives far greater than the United States, succumbs under the regulator’s thumb, it could set a precedent for the ages.

Facebook have maintained a pro-regulatory stance, voicing support for ‘necessary regulation’ and willing to hold back Libra until a green light is obtained. It could perhaps change or rather optimize its inner workings to satisfy regulators, but at a cost to another chunk of the market, one that could hurt sentiments, but not value.

Since the beginnings of the Facebook cryptocurrency project, the company has diverged from seeking the backing of one fiat currency, mimicking a stablecoin, opting instead for a basket. The ‘Libra whitepaper’ stated that the digital asset would be backed by a basket of short-term government securities and bank deposits, which will include among others, the US dollar [USD], the Great British pound [GBP], the Euro [EUR], the Swiss franc [CHF], and the Japanese yen [JPY].  The mix of fiat currencies gives the Libra Association the leeway to change composition during currency fluctuations, allowing the digital asset to remain, for the most part, stable.

The need for this ‘global mix’ of currencies and securities linked to strong governments allowed Facebook to create a stable digital asset for the retail payments world, which proved to be a double-edged sword. US regulators, eyeing their lack of control on this very ‘global mix,’ coupled with the widespread consequences of Libra, saw it as a threat to their own control of the financial world. Hence, their opposition to the project.

Facebook has not yet put a target market on the Libra project. Initially, the social media giant primed the remittance market as its main aim, fronting India as the maiden Libra market, given the objective relevance. However, its authorities didn’t comply. Some even suggested that Libra could be a stablecoin-killer. However, given the latter’s crypto-specific use, Libra could spread its wings wider. Hence, the use of the digital asset in the retail world was seen as paramount. Rumors suggested that Facebook had secured a partnership with Mercado Libre, the South American e-commerce platform. The social media giant’s sell as being a solution to the unbanked also furthers this objective.

The regulatory backlash, coupled with the retail-rush could be used by Facebook to ‘re-optimize’ the internal dynamics of Libra in order to satisfy both parties, with the dollar enjoying the positive externality.

Facebook, given the simplistic retail objectives, could alter the reserve of Libra; less from a ‘global mix’ and more to a ‘US-focused base.’ This would shift the entire premise of what the digital asset’s base is, but with positive, if not myopic, benefits.

Instead of backing Libra with a basket of fiat currencies and a multitude of government securities, it could sway the degree more to US securities and the dollar. Given this would result in the ‘stable’ tag being destabilized, the hopes of retail-led payment phenomenon would not be altered. Small-scale retail customers and business owners outside the United States, for whom the complexities of reserve backing and fractional banking do not matter, will use the payments for their everyday needs, regardless of how much dollar is behind one unit of Libra.

From an external standpoint, a retail player would not see dollars being traded on a blockchain via a native wallet. They will just look at the surface level transaction, of ‘money’ entering or leaving via WhatsApp. Further, this coming from a behemoth like Facebook, which is common on their ‘device of transfer,’ would add to the sell of Libra and not deter from it.

Some would argue that Facebook’s privacy debacle of 2018 would put it in bad light and company to front a payments project. However, that reputational black mark does not extend beyond the West. Secondly, with reputation-intact and MasterCard, Visa, Uber, and Spotify already on roll call, retail customers would not think beyond Libra.

Now, what does this do from a regulatory standpoint? US regulators would presumably be patting themselves on the back if Facebook does go down, taking credit as they always do. A change from a less US-centric backing to one that favors Washington D.C. would result in adulation in the halls of the Congress and the Twitter feed of Donald Trump. “Facebook did what I told them to do,” the US President would probably tweet.

Another winner in such a scenario would be the US dollar. The fiat currency would find itself in good stead when channelized via Facebook into markets that it otherwise would have missed out. In the midst of the currency and trade wars of our time, US regulators could weaponize Libra as a trade tool to oust the power of the Chinese yuan [RMB].

Many political strategists linked to the Trump Administration have suggested that the question of the infamous ‘Trade war with China’ is paramount to other issues, and the tussle between the dollar and the yuan is essential to that. Facebook, by creating a foundation for the dollar, could enter untouched retail markets in several countries, using Libra as a facade. From the consumption point of view, these retail customers would look at this transaction as one being done with a private company from the United States, rather than with the US itself.

The two questions of regulation and implementation could be answered by altering the reserves of Libra. David Marcus and his team could manage this sell to Congressional lawmakers, and if satisfied, the regulatory roadblocks for Facebook could be dismissed. The predisposition of lawmakers is based on control, one that Facebook could allow them to buy, causing the floodgates of Libra to open and the dollar to rise.

An undeniable fork in the road for Facebook has got to be the privacy debacle of 2018, as voiced by many Senators during the recent hearing. Senior markets analyst at eToro, Mati Greenspan, told AMBCrypto that “Lawmakers simply don’t trust Facebook,” and hence, Libra could be halted not because of the message, but because of the messenger. However, some respite can be offered by the fact that Facebook is “open to suggestions and willing to work with the relevant authorities,” Greenspan added.

By the looks of it, Facebook is losing its tussle with regulators, so much so that Libra could be shelved before hitting the market. A change in the Libra’s reserve will do little to stop its retail payments hope, but will alter its functionality as a ‘stable currency’ and the ‘cryptocurrency’ tag will certainly be wiped clean.

Something has got to give. And the question will remain, how far will Facebook go to get Congress’ nod?