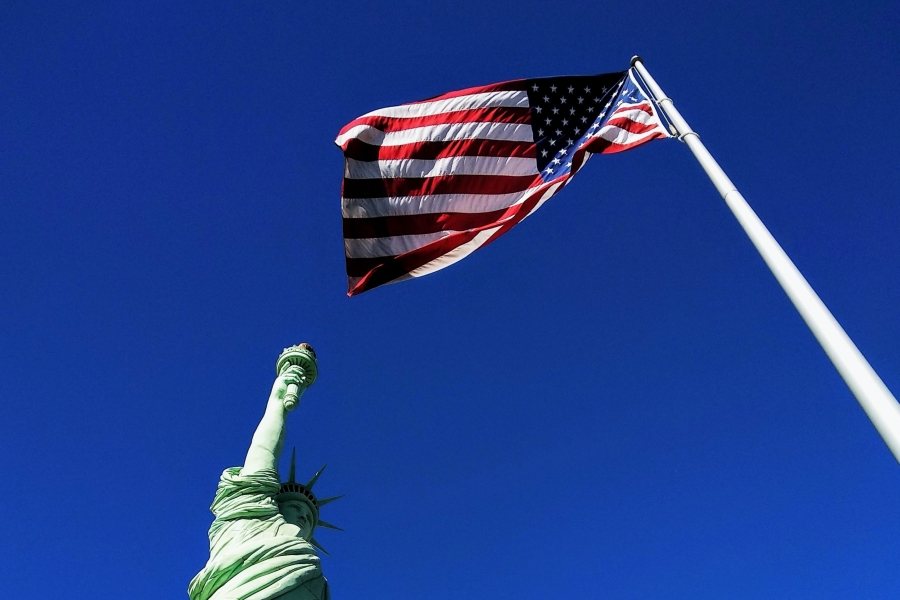 The International Monetary Fund’s Gita Gopinath has joined the list of financial personalities that have opined on digital currencies, via an article written for the Financial Times. The article titled ‘Digital currencies will not displace the dominant dollar’ expanded on the flurry of activity spurred by social media giant Facebook’s announcement of its plans to launch a global stablecoin, Libra.

According to the IMF’s Chief Economist, while Libra’s prospects have faded over the last few months, major central banks have started to consider whether public digital currencies are required to “fill a gap in retail payment needs.”

While some analysts claim the addition of private and public central bank-backed digital currencies could provide the “elusive shock that finally dislodges the U.S dollar from its decades-long dominance in global trade and finance” and become the ingredients for a “synthetic hegemonic currency,” Gopinath insisted that these intriguing possibilities are improbable in the near term.

“Improvements in payment technology may have lowered the cost of switching from cash to digital payments, but there is little evidence they have done much to reduce the expense of moving among currencies.”

“Such costs are non-pecuniary,” she said, mentioning how the widely-held perceptions of safety and stability of the dollar have maintained its dominance in the international monetary system for decades. She also said that advances in payment technologies do not address the fundamental issues of what it takes to be a global reserve currency, comparing it to the leading dollar replacement contender over the last twenty years — the Euro.

Gopinath pointed out how its impact on the U.S Dollar’s dominance has been modest at best due to financial fragmentation, inadequate fiscal risk-sharing, and uncertainty about the long-term stability of the Eurozone.

“It is difficult to imagine how technology would address these issues.”

She also spoke about how simply raising the supply of an alternative currency will not be enough to surmount considerations around the U.S dollar, whose status is bolstered by institutions, rule of law, and credible investor protections. Subsequently, Gopinath said that China’s efforts to internationalize the renminbi have been met with only limited success, despite a policy push and liquidity support through bilateral swaps with over 30 central banks.

“When sovereign governments, investors, and traders are confronted with digital currency choices,” she said, “their choice will be based on liquidity, stability, convertibility — but also new concerns such as technological superiority of the issuing country.” Gopinath also said that this could become a decisive factor, given legitimate concerns surrounding privacy and security, with regard to digital currencies.

“For such a public synthetic alternative to work, central banks, whose currencies underlay it, would have to co-ordinate to ensure its stability and reduce perceived risks.”

“Even so, the likelihood that one would give rise to a distinct unit of account disconnected from a fiat currency is remote, not least due to the complex regulatory and jurisdictional issues involved.”

The Chief Economist of the IMF went on to declare that the world needs cheaper and faster cross-border payments, which are currently slow, costly and, “burdensome to those least able to afford it.” She also said that technology can bring quick gains here in improving financial inclusion. Recognizing this potential, she revealed, the G20 has asked the IMF to look into the macroeconomic implications of global stablecoins.

In closing, Gopinath said that the world would benefit from a more balanced system in which the Euro and the renminbi have a bigger role, but that technology alone would not be able to solve the problem.

“It takes old-fashioned development of institutions to improve the area’s architecture and resilience, and stronger domestic institutions and further liberalisation of markets in China.”

Related Topics:ChinaEurofeaturedIMFRenminbiStablecoinsUnited States
Up Next

Blockstream’s marketing director: No ‘turning off the Internet’ on Bitcoin