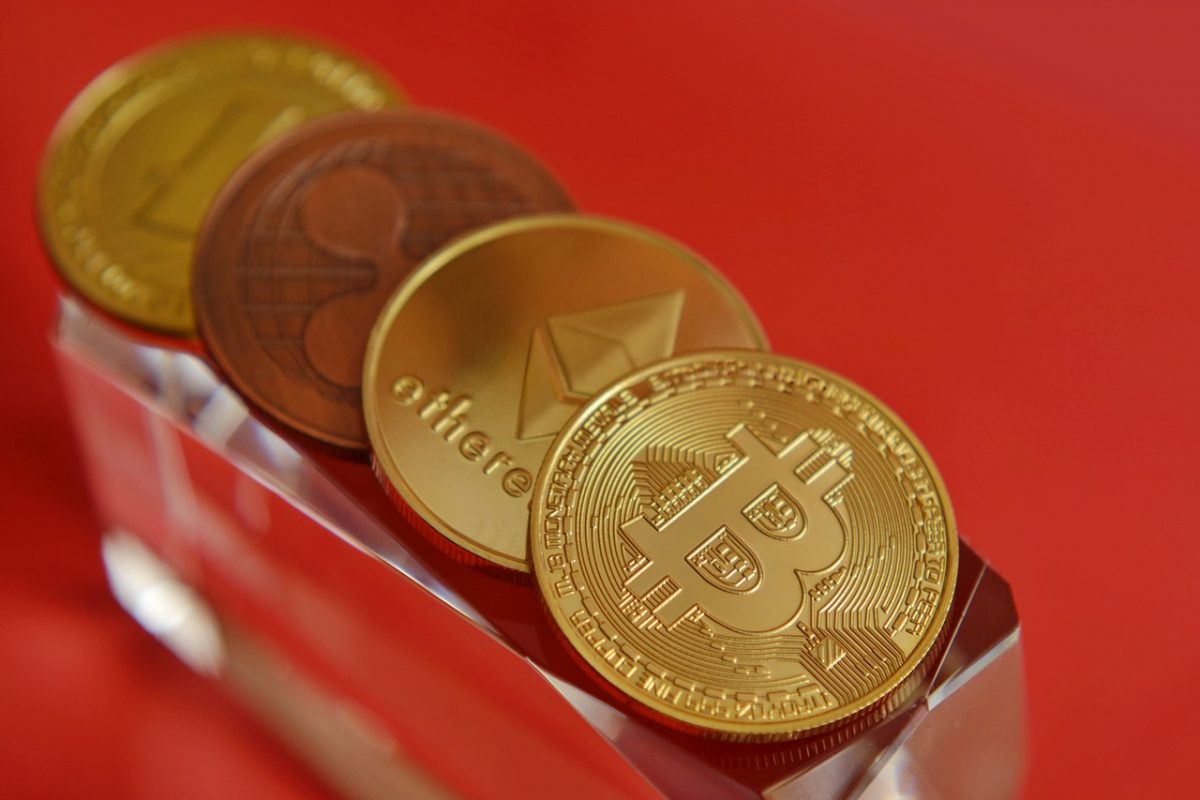 The month of March has been chaotic for most crypto-assets after they faced devaluation, followed by a sudden pump, followed by more prices getting slashed. The world’s largest altcoin, Ethereum, has also been trying to stay away from the market’s bearish sentiment, but has not been successful. However, the correlation between Bitcoin and Ethereum has been moving up and is now close to its previous all-time high in 2018. 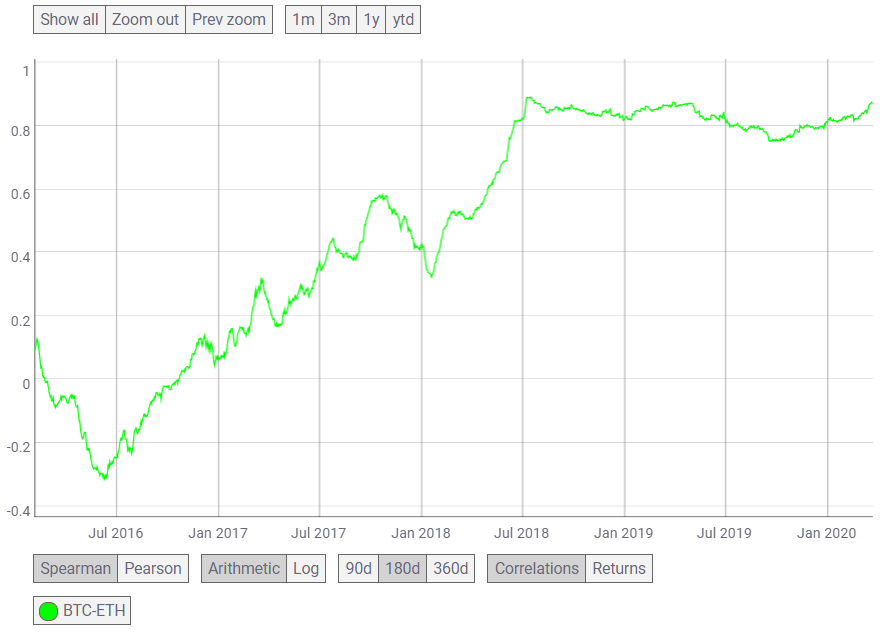 As the correlation grows, the implied volatility for ETH–BTC spread has retraced, according to Skew. The ETH-BTC 1 month ATM spread had noted rising volatility in February, a time when the price of BTC was rising and the alts followed. The peak of this volatile market was noted at 45%, however, the volatility fell after 21 February. 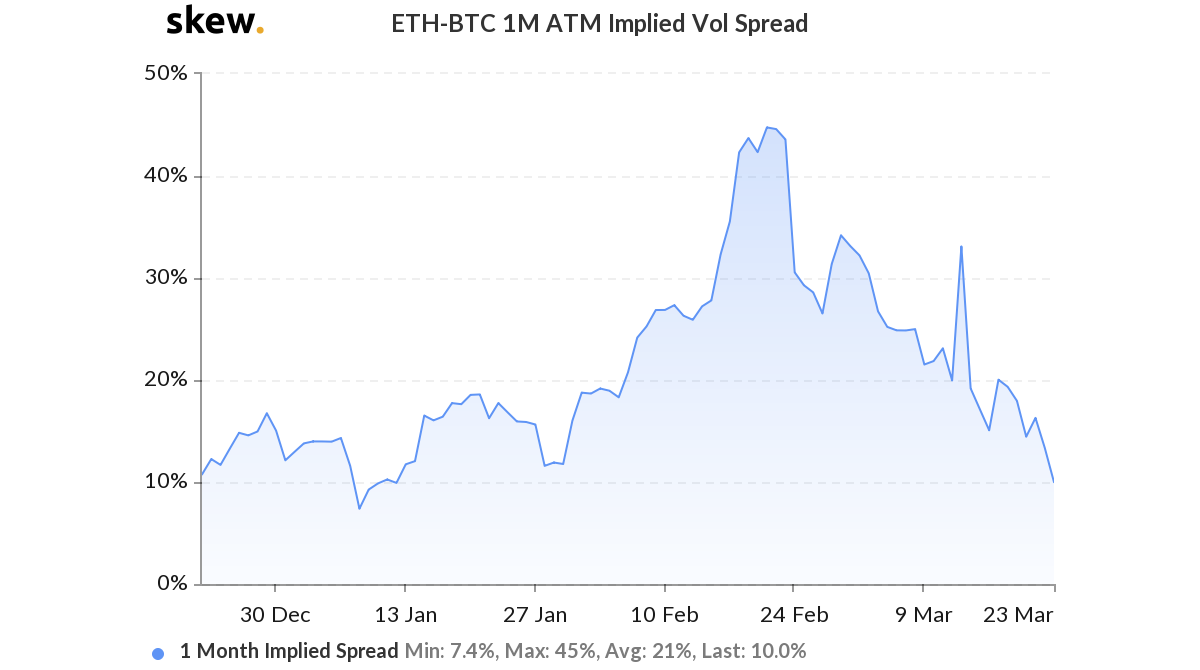 The implied volatility had noted a spike on 12 March when Bitcoin’s price went down crashing; however, since then, it has been moving downwards. On 23 March, the 1-month ATM Implied volatility of ETH-BTC was at 10%, indicating that the market expected the price of the assets to not move much.

Meanwhile, Ethereum’s correlation has gotten stronger with stocks like S&P. According to Coin Metrics’ data, ETH and S&P’s correlation is higher than that of BTC, at 0.50. While BTC-S&P points downwards, ETH-S&P points upwards.