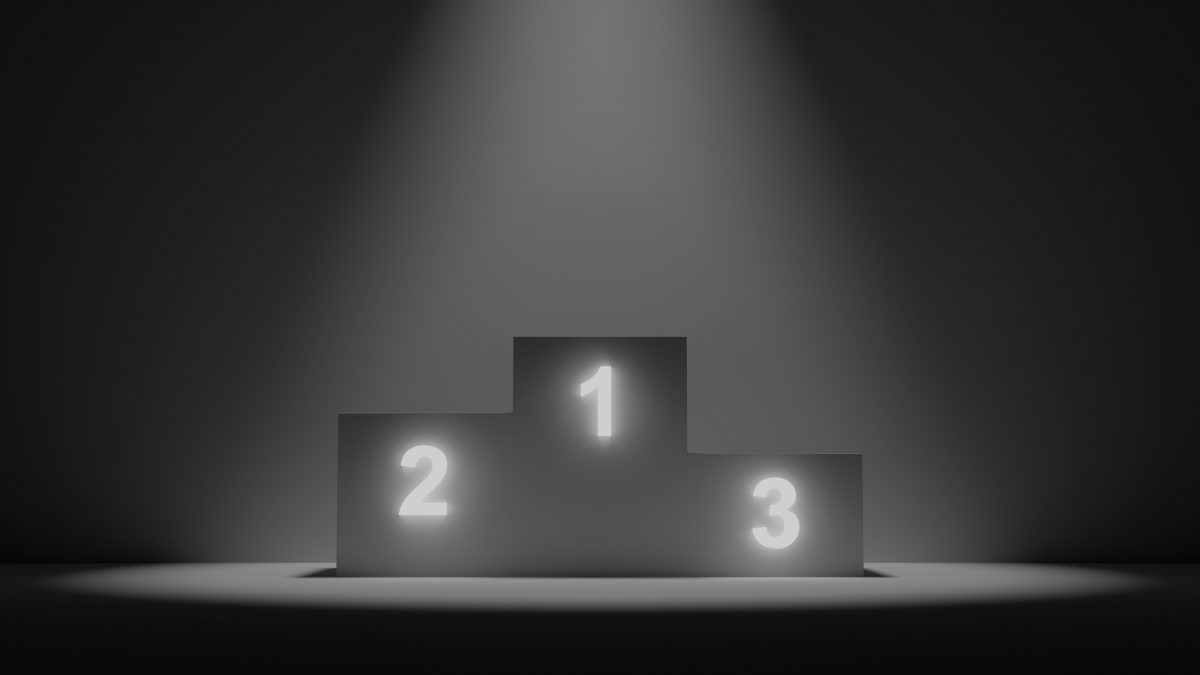 The need to catalog, organize, and rank stems from basic human tendencies wired into our collective consciousness. Relative strengths and weaknesses are on display in such efforts on the basis of certain pre-defined criteria. This form of thinking has been gaining traction across all industries, even in the crypto-space, over the past few years.

While there is just one Bitcoin, there are countless other altcoins being introduced into the crypto-ecosystem every day. Crypto-rankings seem to be the latest trend/effort towards bringing order to an otherwise ever-expanding industry.

Consider this – Just this month, The Center for Information and Industry Development (CCID) under China’s Ministry of Industry and Information Technology published the Global Public Chain Index which ranked 37 blockchain-powered projects and cryptocurrencies. Further, even blockchain technology company, TokenInsight, also periodically updates its ratings and rankings, given to a much larger set of cryptocurrencies based on select criteria.

Do ratings matter and are they reflective of the ecosystem?

How relevant these rating systems are, regardless of whether it is TokenInsight or the CCID ranking them, purely depends on the cryptocurrency. Take Bitcoin, the world’s largest cryptocurrency, for instance. Bitcoin has been in existence for over a decade now, with the crypto now well-cemented in public consciousness. However, for all its popularity and utility, the CCID doesn’t seem to think so.

Regardless of it being the oldest and largest cryptocurrency which has made crypto synonymous to its existence, the 14th ranked Bitcoin’s only impressive quality, according to the CCID, is its creativity. Should Bitcoin care about this? No.

On the contrary, the coin’s poor performance on the rankings raises more questions about the CCID’s rationale and rankings criteria, than Bitcoin’s ecosystem and performance.

Consider an example – According to the latest rankings, EOS and Tron have been listed as the top two crypto-projects on the basis of its ‘technical dimension,’ a criterion under which CCID considers technological infrastructure, creativity, and applicability. In fact, according to CCID, Tron is placed slightly above the world’s second-largest cryptocurrency, Ethereum, owing to its higher score in the tech category.

According to the index, basic tech looks at,

“In 2019, we recorded a total of 1,445 new dapps launched on the 6 largest smart contract platforms, of which 690 are Ethereum-based and 411 are built on TRON, which is far ahead. The amount of active dapp users for Ethereum and TRON has also started to form a sharp gap with EOS.”

While Tron may soon be the next best ecosystem for the decentralized world to take advantage of, Ethereum seems to be the go-to destination for many owing to the technical developments that are constantly being tested and tried on its platform. In light of these observations, it is confounding to see the CCID rank the likes of Tron above Ethereum on the rankings.

Now let’s consider another rating agency. TokenInsight’s ratings proved to be a bit more familiar, with Bitcoin and Ethereum scoring the grades AA and A, respectively. According to its criterion, one of the main features of TokenInsights’ rating model is based on “risk and qualification ratings, with an emphasis on the “project’s ability and application,” while combining “current status with the long-term outlook, and provide regular updates to achieve dynamic ratings.”

In terms of methodology, it would seem that Tokeninsights data seem to be more transparent in terms of its rating model, taking into account many dynamic changes in the market.

However, these ratings aren’t without a few question marks, however. Consider Tether’s case. Under the aforementioned rankings, Tether hasn’t been rated under the ‘Team,’ ‘Project,’ and ‘Ecosystem’ criteria. In fact, TokenInsight’s own report on Tether clearly states that,

“Tether is a centralized business entity and lacks sufficient transparency. The price support of USDT fundamentally comes from its full dollar reserve, which has NOT been convincingly proven for a very long time.”

And yet, despite these questions marks, Tether is still ranked so well. Interesting. Maybe it has to do with how popular the world’s largest stablecoin has emerged to be over the past 6 months.

Have the ratings affected crypto-performance?

CCID’s latest index was published on 13 April, just a month after the crypto-market crashed. And it was interesting to note that while the 9th largest crypto EOS was given the top spot and 16th largest cryptocurrency Tron (both in terms of market cap) was given the second spot, no real difference was made to the coin’s price overnight.

It must be noted, however, that the cryptocurrencies did note a hike over a longer timeframe. In fact, in the week following the index’s publication, Tron saw an 11 percent price rise, while EOS registered a 16 percent hike in price.

This was true of other coins as well because while other cryptocurrencies such as Bitcoin did note a brief fall or a small hike before and after these ratings, there were larger macroeconomic factors at play, with these ratings unlikely to have had any influence. In fact, for most altcoins, their correlation with Bitcoin is more crucial to their price performance than some ranking with an obscure methodology.

Has Bitcoin been relegated to honorary status in the crypto-industry or have the altcoins emerged to perfect all the areas Bitcoin seemed to lag behind in? Well, whatever the answer, it certainly won’t be determined by rankings and ratings such as these.

In the current environment, markets have adjusted to Bitcoin’s strengths and not necessarily the other way around. While crypto-rankings are an interesting way to make sense of an otherwise chaotic domain, investor confidence, price stability, and price action seem to be more sought-after than such rankings for stakeholders at the moment.

Traveling light with only cryptocurrencies may not be possible just yet