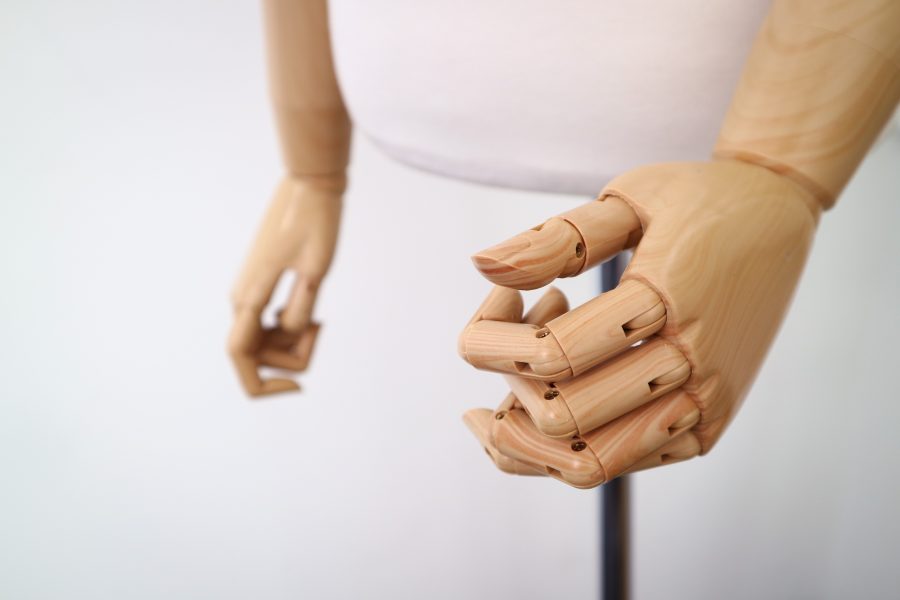 You’ve probably heard of the Pareto principle, or the 80/20 rule. To put it briefly, it suggests that 80 percent of the effects come from 20 percent of the causes. For cryptocurrency trading, the principle should be redefined as the 95/5 rule, or the Bitwise principle.

The crypto-asset management fund made headlines in the crypto-world and in mainstream-finance through its March 2019 report. Presented before the US Securities and Exchange Commission [SEC] the report stated that over 95 percent of the volume reported by cryptocurrency exchanges was “fake or non-economic in nature.”

For the most part, this wasn’t a surprise to veterans of the field. However, for it to be put down in print, presented to a regulator, and have the number stare back at them, was a reality check.

While Bitwise’s report brought exchanges to a standstill, that wasn’t its primary intention. The firm wanted to detail, to the regulators, the market was “significantly smaller, more orderly and more regulated,” which would build their case for a Bitcoin Exchange Traded Fund [ETF].

Despite their ETF application being shot down six months later, its report made major headway in the perception of exchange-volume. While exchanges are still running-around with flawed volume data, most investors are not looking at exchange order books to determine coin volume, price. Rather, their bookmarks are data-aggregator websites.

How volume is recorded on these websites is as important, if not more, than how an exchange determines it. Aggregators that consolidate the price and volume should act as data-integrity gatekeepers, rather than engage in a mere copy-paste work. In this regard, there has been an evolution in crypto-analytics, with companies taking a whole new approach to assessing an exchange’s performance.

Change for the Better

It should be noted that when Bitwise stated that 95 percent of the volume is fake, it was specifically referring to the data presented on CoinMarketCap [CMC], the premier crypto-data aggregator. The report highlighted the citation of CMC’s data in a number of premier financial journals, and outrightly stated that “CoinMarketCap.com data is wrong.”

Skepticism around Bitwise’s claims was visibly absent, with many in the industry acknowledging CMC’s failure to provide appropriate metrics to judge performance. Less than a week after the release of the report, CMC’s then Global Head of Marketing, Carylyne Chan, told Bloomberg that new metrics would be introduced. Going with the principle of “the more data the better,” Chan stated,

“We want to state that our philosophy is to provide as much information as possible to our users, so that they can form their own conclusions and interpretations.”

CMC also rolled out an alliance – Data Accountability & Transparency Alliance [DATA] consisting of top-cryptocurrency exchanges to provide suggestions combating fake volumes. The aggregator also “mandated” the provision of live trading and order book data, with a failure to report the same, within 45 days, resulting in its elimination from the calculation of adjusted volume.

Other market aggregators looked at this as a ‘red-light’ and made amends. Messari launched “Real 10 volumes” on its OnChain FX dashboard, which recorded the volume of cryptos from the “Real 10 exchanges,” listed by Bitwise, which were – Binance, Kraken, Bitfinex, Gemini, Coinbase, Poloneix, Bittrex, bitFlyer, Bitstamp, and itBit.

While data-market aggregators collectively tipped their hat to Bitwise and vowed to change, exchanges amplified their manipulation. This is the equivalent of dressing up a corpse; you can’t hide the dead, even in a suit, or airbrushed charts for that matter.

In a later report, Bitwise stated that despite media coverage, the response from exchanges was bleak. Only 3 of the 73 exchanges named in the report responded to Bitwise’s queries. In the quarter following the publication of the March report, 9 exchanges saw a 90 percent drop in volume. Some exchanges even tweaked their volume to match the trade-histograms of “real exchanges.” Given below are changes to the volume of a little-known exchange, Coinsuper, with their periodic-volume-change,

While Bitwise admitted that”fake volume in reported Bitcoin trading data,” was “understood,” the emphasis of this to many investors, especially the uninitiated, was absent. With exchanges not living up to the “change” in their name, the onus shifted to the avenues bridging the gap between investors and the exchanges.

The Case for Liquidity

While many criticized CMC for not doing enough to combat exchanges faking their volume, others stated, the incentives for reporting inflated numbers were too high. Gerald Chee, Head of Research at CoinMarketCap, told AMBCrypto that exchanges used a process called “transaction mining” to benefit from inflated volumes. CMC noticed this as it was rising and attributed it to exchanges “rewarding” users with tokens, incentivizing the number of trades from a single user.

“The problem started there and soon, other exchanges realized that by having higher volumes, they would rank higher on CoinMarketCap, which was probably the biggest marketing tool available to them.”

One way to combat this, as CMC stated after the publication of the report, was to introduce liquidity rankings. On 11 November, six months after Chan’s conversation with Bloomberg, she unveiled the liquidity metrics which would be difficult to “game,” as adding an order will be weighted based on their proximity to current market prices.

Liquidity stemming from a single exchange is the “root cause” of the usage of volume as a metric and hence, CMC decided to “design and adopt a Liquidity metric instead,” said Chee. Since market players decided to look at volume emanating from “real exchanges,” Chee clarified that if CMC would adopt this, it would give an impression of bias. Dividing the playing field between regulations and de-regulated exchanges, he stated that CMC does not want to single-handedly decide which exchanges lie in which category. He stated,

Rather than poking the process of price discovery, the motivation behind this metric was to point out the origin of liquidity. Furthermore, Chee stated that several cryptocurrencies listed on CMC do not trade on these exchanges and hence, it is “moot” for the website to have such a metric.

If not Liquidity, then what?

While liquidity is a key factor in assessing performance, other key metrics can add to the perception of an exchange’s health and the safety of investor funds. Two metrics mentioned by Chan, in the immediate aftermath of the report, were web-traffic data and wallet reserves.

Two months after CMC was called out by Bitwise, aggregator-rival CoinGecko released “Trust Score,” a rating algorithm to “combat fake trading volume.” CoinGecko’s Co-founder Bobby Ong told AMBCrypto that the aim with Trust Score was to “determine the exchange with the best real liquidity for users to best trade at,” looking at the order book and web-traffic data.

In September, CoinGecko upgraded Trust Score with a few additions. The aim of this upgrade was for the rankings to be “much more independent of an exchange’s reported volume.”

While platforms are veering towards incorporating a slew of metrics to better analyze exchanges, CMC is sticking with liquidity. Chee stated that the premiere data aggregator does not want to “discount volumes.” In his words,

“We felt that the use of our Liquidity metric substitutes the biggest “use-case” for Volumes perfectly, using other secondary metrics to “discount” volumes is unnecessary.”

On the necessity or lack thereof of web-traffic data, Chee is unconvinced of a strong correlation between the two. He added that most volumes come from “professional users,” while web-traffic is only inflated by “retail traders.” The latter might bring in the traffic, but not volume and hence is “erroneous from a statistical perspective.”

An audit of wallet reserves, rather than merely stating coins-held-on-address, will prove beneficial as an exchange-metric. This system would not compromise exchange security, and would not result in a “who’s richer contest.”

Liquidity is quite clearly the most important metric to judge an exchange’s performance and health, but surrounding metrics help build the case. CMC, while admitting this is an “uphill battle,” said that it is one they want to solve, but by focusing on the end of the information cycle, the consumption by customers.

Chee stated that the platform is in the midst of creating “infographics” to “understand this message,” which presumably, will look at liquidity above everything else. He added,

“At the end of the day, we firmly believe that liquidity is the single most important variable for any financial market, crypto or otherwise. The job is to get everyone to understand this, not just the sophisticated traders and investors.”

Speaking on the notion of ‘sophistication,’ it does matter if the consumer of said information is an average Joe diversifying his portfolio, or a pre-2017 veteran trader. Furthermore, the notion of “the more data the better” for investors will serve insofar as their ability to understand it.

Chee pointed out that the investor-mindset-shift from volume to liquidity will take time, and according to Mati Greenspan, Founder of Quantum Economics, it will take 3 months to be exact and it will cost €10,000. In his 11 December newsletter, Greenspan questioned if the liquidity metric could be ‘gamed.’

This would result in a “cat and mouse” problem, with CMC focusing on educating investors on the new metric, while exchanges figure out a way around it. Greenspan took the “hard-line stance,” but a sensible one according to many.

“The only real way to solve the issue is to fix it at the root. Make sure the exchanges are reporting honestly. This can be done in a number of ways and would no doubt be hastened if CMC were to take a hard line stance and delist exchanges who are caught in the act of false reporting.”

Highlighting no specific metric in particular, Greenspan told AMBCrypto that the simple principle of “the more data the better” always works, and this “greater transparency” would result in “the survival of the industry.” A few tips laid out by the veteran trader were – do your own research [DYOR], verify immediate results on search-engines/SimilarWeb and check leverage – “any site that offers too much leverage is probably not a great place as you’re more than likely to lose your money.”

Whether its liquidity, order book data, or web-traffic, data-aggregators are simply running pillar-to-post to vet exchanges. Given the incentives of faking volume – to attract gullible investors and receive free-marketing on websites like CMC and CoinGecko, exchanges will continue to game the system.

Delisting exchanges, or coins for that matter, was a heated debate back in April following Bitcoin SV’s ousting on Binance and Kraken, given the de-centrality ethos of the market. In this matter, delisting exchanges that continually purport fake volume and misrepresent facts to mislead investors seems to be the only option. CMC is no stranger to this method; in 2018, the website delisted several South Korean exchanges due to “extreme divergence in prices” and even removed Bitfinex from the calculation of BTC’s price during its legal trouble with the NYAG.

Aggregators can continue to craft efficient metrics to provide a clear picture of an exchange’s health, but until the root cause is not done away with, it’s one step forward, two steps back.