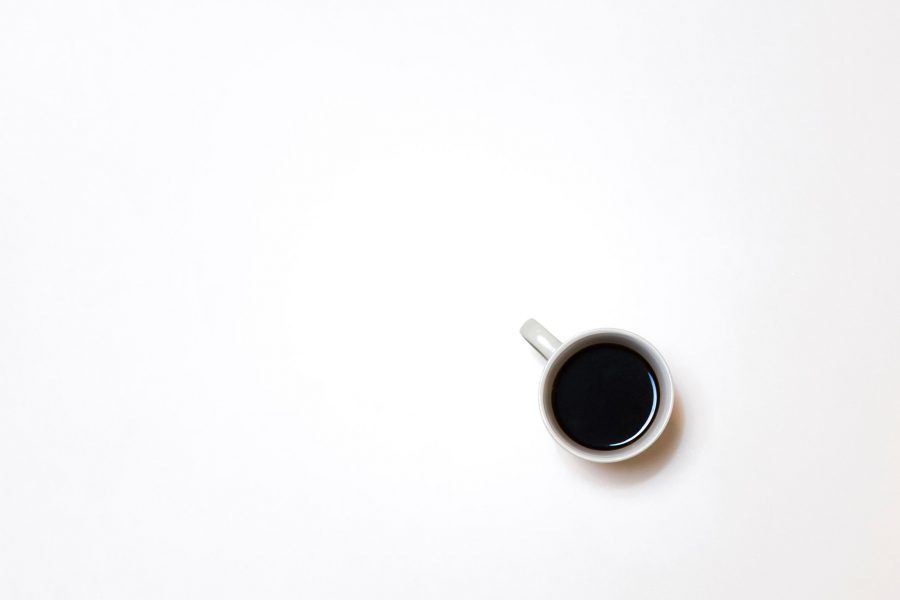 Every once in a while, the cryptocurrency industry needs a wake-up call. And for 2019, it was the Bitwise report to the SEC.

Presented by the crypto-centric asset management firm back in March in lieu of their Bitcoin ETF application, the report set off ripple effects beyond their application process. Bitwise aimed to convey to the SEC that concerns about the cryptocurrency market being prone to manipulation and immature were well-founded, in general, but when looking at the formal, structured crypto-environment, it was not compelling.

With the final deadline for their ETF decision scheduled for October 13, Bitwise submitted yet another 31-page report to the financial regulator to indicate where the industry stood now. Covering everything from market arbitrage, spot versus futures, and volume manipulation, the report also laid out the aftereffects of their previous report, and the response was groundbreaking.

Bitwise, in their March report, laid out a number that was presented in bold headlines by publications from the Wall Street Journal to the underwebs of crypto-media. The report stated that over 95 percent of trade volume data on crypto-exchanges was “fake or non-economic in nature.” Also included in the report was what Bitwise called “Real 10 volume,” the aggregate of Bitcoin trading volume from ten exchanges which they deemed to have “real volume,” according to organic trade, regulatory licenses, and a proven record.

The report highlighted that media coverage of the report was “extensive,” owing to mainstream media houses like The Economist, Barrons, and CNBC giving it airtime and column inches. Market aggregators spoke out in action, with CoinMarketCap calling the concerns “valid,” while Messari Crypto launched a tool called ‘OnChainFX’ which allowed users to sort the top cryptocurrencies based on volume from the “Real 10 exchanges.”

CoinGecko, the data markets aggregator, in light of the trading fiasco of cryptocurrency exchanges, developed a tool called the ‘Trust Score’ which ranked and provided a score for exchanges based on web traffic data and orderbook activity. The web traffic data would be taken by stats from Similar Web and trade volume would be a median from the 10 exchanges that Bitwise contends have “real volume.”

What was quite remarkable however, was the immediate drop in the trading volume of nine exchanges by over 90 percent, immediately following the Bitwise report. Exchanges on the list had volumes as high as $360 million to as low as $2.75 million, which is a drop in the bucket compared to any exchange in the “real 10,” but still poses an extensive amount of ‘fake trade data.”

The 9 exchanges that saw a drop in volume were, OEX, OOOBTC, Xena Exchange, UEX, Trade by Trade, Cashierest, GDAC, Bitbu, and CPDX. 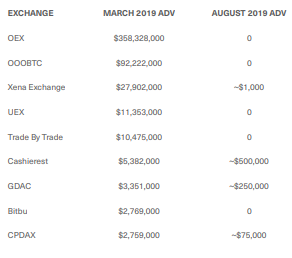 Bitwise added that out of 73 “named exchanges,” only three responded to their research namely, HitBTC, Huobi, and OKEx, which the asset management firm stated were skirting the line between “real” and “fake” volume. The recent report added that incorporating volumes from these exchange will not “impact out conclusion.”

In its March report, Bitwise drew a line in the sand and divided cryptocurrency exchanges into “real” and “fake.” Peculiar trading patterns, among others, were evidence. Exchanges like Coinbase Pro saw organic trading patterns, not following a specific pattern which indicated rehearsed injections and leakages.

Whether this helps its Bitcoin ETF case or not, the Bitwise reports have certainly cleared a lot of the untold and unquantified clutter in the cryptocurrency space. Exchanges that report fake volume are phasing out, while others are beginning to move towards cleaning themselves up, and incorporating the standard of the “real 10.” Bitwise, in closing, stated in its report,