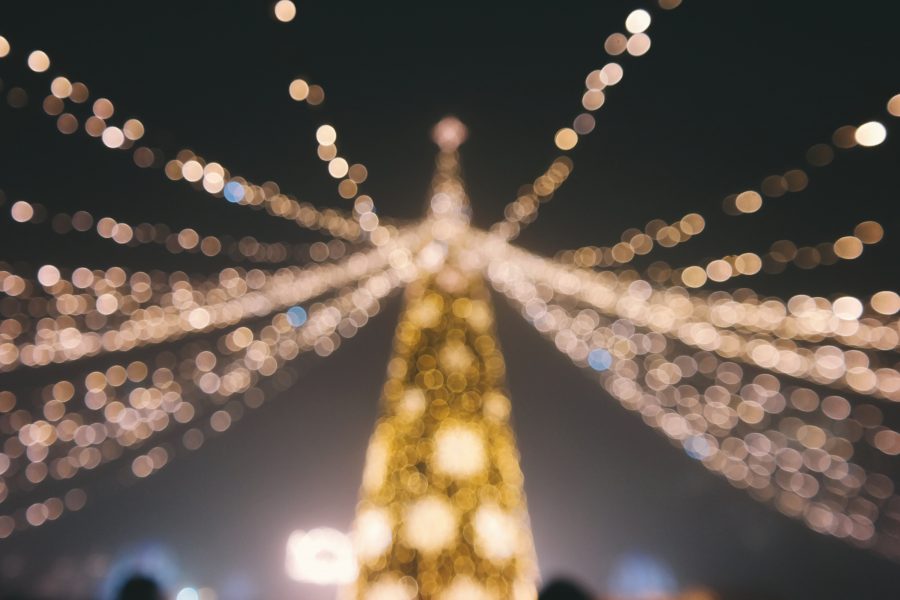 When volatility picks up, Bakkt is never too far.

Institutional investors are gearing up for an early-Christmas party, one which will see more positions in Bitcoin Futures contracts than ever before. Bakkt saw yet another high in its open interest [OI] on 16 December as the underlying cryptocurrency, Bitcoin, dipped below $7,000.

According to Skew Markets, the total number of outstanding contracts on the Intercontinental Exchange rose to $35 million following a relatively volatile trading day, with Bitcoin exhibiting a stark drop in price after hovering at $7,400 for the past few weeks. On a daily scale, the OI reached as high as $7 million after money inflow into the partly physically-backed Bitcoin Futures platform continued to rise. 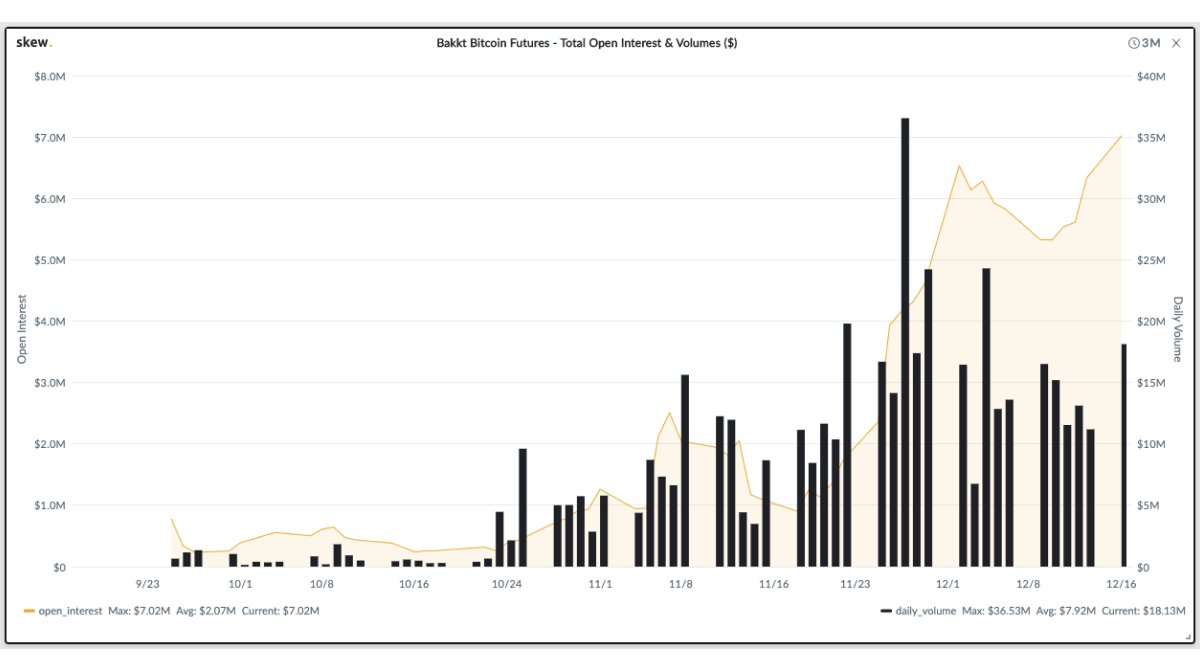 Volume, on the other hand, is still stuck around $10 million – $15 million, a range which has been persisting for the past few weeks now. Since the beginning of the month, the highest volume recorded on Bakkt was $27.8 million on 4 December, owing to Bitcoin’s week-long drop, at the time, taking the king coin from $7,900 to $7,100 in a matter of days.

To date, Bakkt’s highest single-day volume has been $42.5 million seen on 27 November, as Bitcoin dropped to its lowest levels in 6 months. Even with OI rising to over $35 million, the daily volume is likely to rest at $13 million – $14 million, with an estimate of just under 2,000 BTC traded, according to Bakkt Volume Bot, a tracker of daily volume on the digital assets platform. 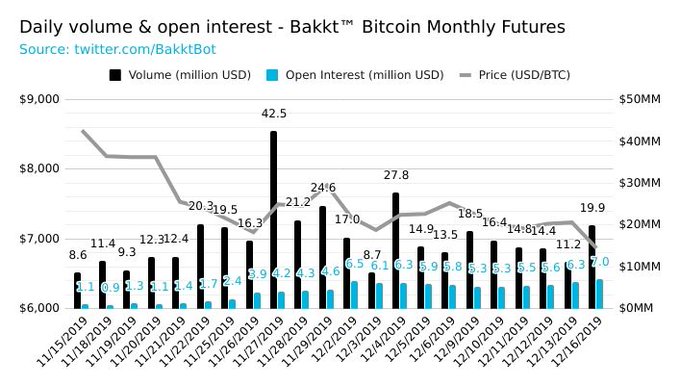 The new positions being created on Bakkt are a consequence of the massive price drop of Bitcoin. On 16 December from 1800 – 1900 UTC, the cryptocurrency shaved 2.71 percent, dropping below $7,000, a major support level, for the first time in almost a month. The last time Bitcoin was below $7,000 was when China resumed a cryptocurrency crackdown and a rumor of Binance’s Shanghai office being ‘raided’ began circulating on Crypto-Twitter.

Bakkt isn’t the only Futures platform to see a surge during times of volatility; the Chicago Mercantile Exchange [CME] is also joining the party. On 16 December, the total number of BTC Futures contracts traded on the CME rose to 8,223, The highest number of contracts traded since the aforementioned drop encapsulated on 4 December was 4,699. This 74 percent increase is no surprise given the stagnant nature of Bitcoin’s spot price, and the Futures market lying in wait for a movement. The chart below depicts the BTC Futures daily volume on the CME from 11 November to 16 December.

It is interesting to note that these two digital platform behemoths will battle it out in the Options market as well. Bakkt went live with Options trading earlier in the month, while the CME is waiting on approval from the US Securities and Exchange Commission [SEC] to launch its Option contracts which is slated for January 2020.

Cryptocurrency analytics has improved; so have the manipulators

Bitcoin liquidation worth $185 million may have depreciated coin’s value