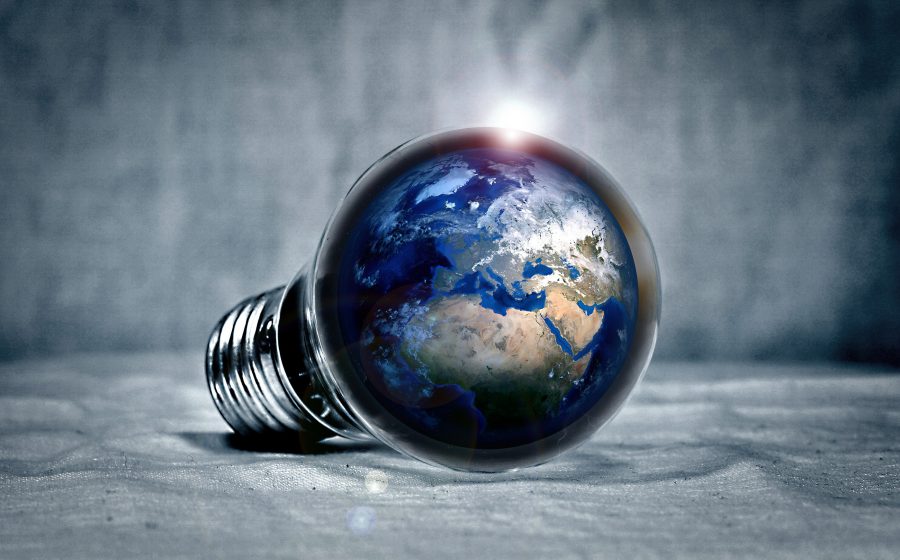 From the lens of the mainstream financial world, the regulatory centre of the digital currency market is the US Securities and Exchange Commission [SEC]. Well, cryptocurrencies do not play to the same tune as the rest, especially in terms of control.

While the SEC is an important part of the overall regulatory paradigm (And price movements attest to it), given the geographical diversity of the market, regulations the world over have a significant impact. During its heydays in the early 2010s, Bitcoin saw far more Asian adoption than American, and to the outside world, cryptocurrencies were seen as an eastern invention, rather than a western innovation.

Always at the Centre

The glitz and glamour of the West have enchanted the cryptocurrency community, particularly since investors flocked to regulated Bitcoin Futures. But from the inside, non-US markets have had a more intrinsic effect on Bitcoin’s price, and there are several cases in 2019 that attest to it.

Take for instance the first major price rally of 2019. On 2 April, Bitcoin surged by over 17 percent in a day, with fingers pointed to several sources within both the retail and institutional markets. While the CME saw a massive increase in daily Futures volume coinciding with a CFTC report which stated that long positions on Bitcoin contracts surged a week prior, many suspected this to be a Wall Street “insider.”

These rumors were put to rest by Mati Greenspan, Founder of Quantum Economics. In an exclusive interview with AMBCrypto, Greenspan said that the Wall Street move was “after the fact,” adding that the source lay in Asia, based on trading hours.

“Just based on that timing, my assumption is that this move originated in the Asian market and certainly not on Wall Street.”

Price movements throughout the year have also seen elasticity to Asian news, particularly Chinese. In October, as China began embracing blockchain technology, Bitcoin rallied, moving by 42 percent in a day. A few weeks later, as the CCP government resumed a crypto-crackdown with the rumour of exchanges’ offices being targeted, Bitcoin dropped to its lowest point since May 2019.

Cryptocurrency regulation is often divided between regions. While some have embraced the notion and rebranded themselves as blockchain and crypto-paradises like Malta and Seychelles, others like India have drafted laws to imprison citizens caught even holding cryptocurrencies. Therefore, a broad brush cannot be used to paint regulations. However, certain key Asian markets should be analyzed with greater impetus.

From the outside, looking in, Asia might seem like a crypto-adoption-abode, with the tech, projects, and exchanges springing from the east. However, the reality is far from it. Bobby Ong, Co-founder of Malaysia-based crypto-analytics firm CoinGecko, described the overall Asian-regulatory atmosphere as “murky.” He added,

“Certain countries in Asia has given out licenses to crypto exchanges such as Japan, Malaysia, Thailand. However, it remains murky for many countries. Hopefully things will improve in 2020.” 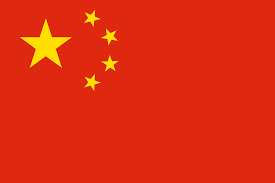 The old-guard of crypto-havens, the Asian giant is now looking to go all-in on digital currencies, with a centralized focus and a custom-made cryptocurrency. Despite the digital yuan’s prospects, China has been forthright with its regulation on cryptocurrencies.

Mining was always China’s forte, but this year the CCP decided to add another layer to its cryptocurrency crackdown. In April, Reuters reported that China’s industry planner determined cryptocurrency mining to be too energy-intensive. The report added that it had decided to go on and ban Bitcoin mining. Although it wasn’t an outright ban, such a proposal by the macroeconomic planning board was thought to have spelled the end for Bitcoin mining.

In the months since China began mulling the Bitcoin mining ban, a lot has happened. From revealing development on the digital yuan to beginning a national embrace of blockchain, China left out the crypto-mining industry in its updated list of industries that should be eliminated. Jerry Chan, the regional manager of the Bitcoin Association, speaking to AMBCrypto, despite the confusion, expects China’s role in crypto-mining to remain significant.

“On the mining sector, we expect China to play a major role in 2020, as worldwide freezing orders in order to recover or freeze proceeds of crime are expected to come to crypto assets.”

Xi Jinping, the Chinese President, on 25 October, at a meeting of the Central Political Bureau, stated that blockchain technology should be made a priority for China going forward. Steve Tsou, CEO of RRMine, a Bitcoin Hashrate service provider, told AMBCrypto that blockchain is a “national strategy” for China while labeling other crypto-projects that “disrupt the financial order” “frauds.”

A report on Xinhua Net, a media company under a state-run press agency of the government, stated,

Tailwinds for pro-blockchain regulation in China were initiated, even to the extent of a cryptography law that will debut on 1 January 2020. While many market participants interpreted the regulatory move as “Bitcoin, not blockchain,” the market rallied massively during early-November, momentum which was then halted by the PBoC.

The Shanghai Bureau of the PBoC issued a notice commencing an inspection into platforms that offer the exchange of cryptocurrencies, confirmed Caixin Global. In the crackdown that followed, the domestic market began feeling the heat. Top crypto companies like Binance and Tron had their Weibo accounts suspended and several exchanges halted operations in what Bloomberg called “the biggest cleanup of the sector since an initial Chinese clampdown in September 2017.”

China also began issuing foundational regulations for its CBDC. Infrastructure for the digital yuan was laid out on two fronts – Phase 1 is the implementation of capital controls for large private transactions in three provinces, and phase 2 is the digitization of the National Identity Card with WeChat integration, which could further be used to supply the digital currency. 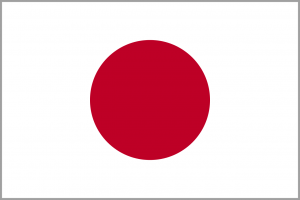 Japan’s history with cryptocurrency regulations is tainted by the memory of Mt. Gox and the Coincheck hack, but there’s more going on in the country. In May 2019, the House of Representatives amended two key laws for the cryptocurrency industry. It rebranded the asset class under the term “crypto-assets,” owing to the term’s use in G20 meetings and to signal to the public that “cryptocurrencies,” are not “currencies” at all.

Not just crypto-exchanges, but custodians will have to seek registration from the Financial Services Authority [FSA]. To prevent losses from hacks, exchanges have to manage their cash-flows separate from their users’, while also using cold-wallets or hot-wallets with the “same quantities of crypto-assets.” Lastly, anonymous coins would see further scrutiny owing to the increase in domestic money laundering.

Even “tokens” issued through ICOs and STOs will be under the new law if they arise from an asset-based investment [cash or otherwise], are invested directly in the business, and allow for dividends. These assets will be classified under “Electronically Recorded Transferable Rights [ERTR]” and according to law firm Anderson Mori and Tomotsune, they represent “proprietary value transferrable by means of an electronic data processing system.”

Chan stated that this regulation would go as far as to give “legal status” to security tokens. He stated,

“The [Japanese] laws will give legal status to security tokens, which are digitisations of real registered securities, and also reign in the rampant illegal fundraising activities that many ICO start-ups have been engaging in which mostly serve to proliferate fraud and harm the general public.”

In September, the FSA issued the draft supervision guidelines for investing in crypto-assets, a document that etched its stance on the market. Expecting crypto-assets to be “formed in the future,” it cautioned that many are “encouraging speculation.” Hence, investment in them should be done “carefully.” 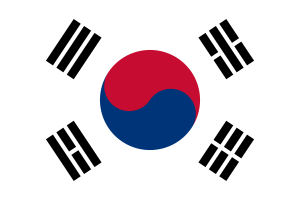 Taking a leaf from Japan’s playbook, South Korea strengthened its reporting requirements in 2019, despite the Bithumb and Upbit hack. According to the Ministry of Justice, between July 2017 and June 2019, frauds and scams involving cryptocurrencies notched $220 million [2.6 trillion Korean won], with 132 criminals indicted and detained.

Business Korea reported that blockchain projects in Korea were migrating in search of foreign exchanges. The report read,

The main motivator for this exodus was the stringent domestic regulatory environment, wherein investors are unable to transact the won on domestic exchanges. Excluding the Big 4 Korean exchanges, Bithumb, Upbit, Coinone and Korbit, other exchanges are unable to open “real-name virtual accounts,” resulting in a depleted transaction volume for the country.

For better AML requirements, South Korea also banned anonymous transactions last year, a development precipitated by the G20-issued FATF guidelines. Briefly, the FATF guidelines stated that any digital-currency transaction over $1,000 should reveal the identities of the parties involved, in direct opposition to the privacy-coin ethos.

During the FATF crypto-regulation announcement, representatives from Europol told Reuters that digital assets had been used in cross-border money laundering and the breakdown-distribution of funds, concerning national authorities. The report called the FATF decision the “first attempt to establish a global approach in regulating the $300 billion coin trading market.”

While the FATF provides a global standard for crypto-regulations for much of the world, some countries are still going ahead with regulating the sector as they see fit.

Russia has probably come out with the most oppositional stance. In December, TASS reported that the Ministry of Internal Affairs planned to develop a “legal mechanism” to seize cryptocurrencies. Earlier in the year, representatives from the Bank of Russia stated that Russia is firmly against private money-turned-currency and if a legislative decision on the ban of cryptocurrencies is taken, the central bank would support it. Enigma Securities’ Alina Kiselevich told AMBCrypto that this move by Russia is explained by the “popularity of virtual assets,” coupled with the “increase in financial crimes.”

Hong Kong, while being embroiled in their own political tensions through 2019, has seen little developments in the crypto-space. In 2018, the Securities and Futures Commission [SFC] of HK began an ambitious licensing requirement for crypto-fund managers, which, in the year since, has seen little-to-no approvals. Reuters, citing participants in the domestic crypto-industry, had reported that “very few fund managers have been approved to invest in cryptocurrencies,” owing to the stringent rules, leading to funds being registered off-shore while providing services to domestic investors.

A “notable” recipient of the SFC’s licensing requirement according to Alma Angotti, Navigant’s managing director of Investigation and Compliance and former US SEC and CFTC enforcement attorney, was Diginex for their “cryptocurrency fund of funds.”

Singapore, seen as a FinTECH giant due to the abundance of crypto and blockchain firms, is still facing regulatory scrutiny. The Monetary Authority of Singapore [MAS] issued warnings against the use of virtual currencies in money-laundering and terror-financing. Earlier in the year, the government passed the ‘Payment Services Act 2019’ addressing licensing requirements. Addressing token-issuers and digital-payment providers, the law stated that if the service provided was the issuance of “digital payment token service,” the issuer should obtain either a “standard payment institution license” or a “major payment institution license.”

Regulators, at least in the cryptocurrency world, are not playing to the same tune. Japan and Singapore actively participate in the digital currency space, licensing trading platforms and token issuers. Others, however, paint it with a broad brush. Russia will begin crypto-seizures soon while India is on the verge of crypto-imprisonment, China too has long engaged in a crypto-crackdown, while the United States is still in a state of crypto-confusion.