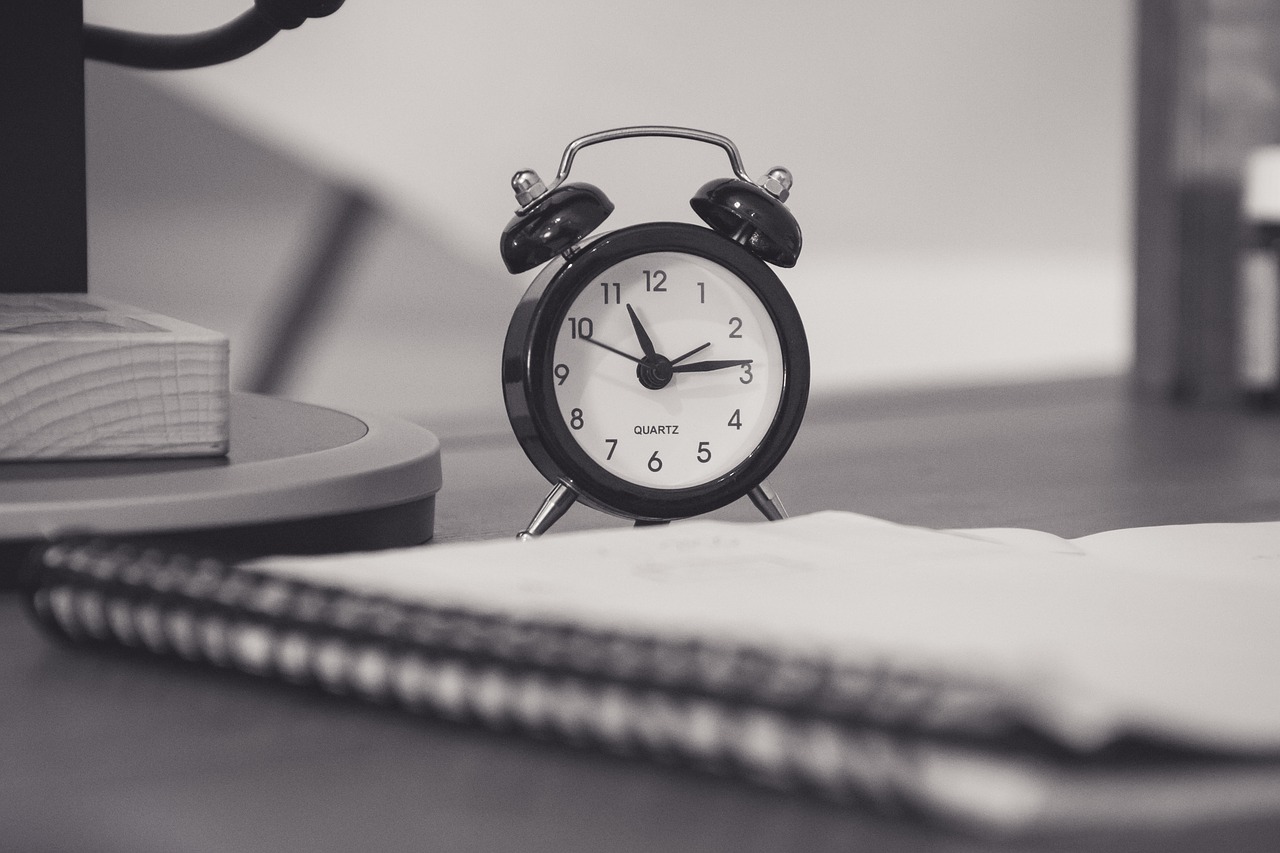 With less than a month to go for the third Bitcoin halving, volatility is looking to take a break. Despite 2020 marking a five-figure price and dropping to a 12-month low, the volatility of the past is unlikely to manifest in the future.

According to data from skew markets the Bitcoin at the money [ATM] implied volatility has been dropping since early March on all time scales. Post the events of ‘Black Thursday’ when Bitcoin lost nearly half of its price in less than a day’s time, the expected fluctuation of the coin has been falling precipitously. 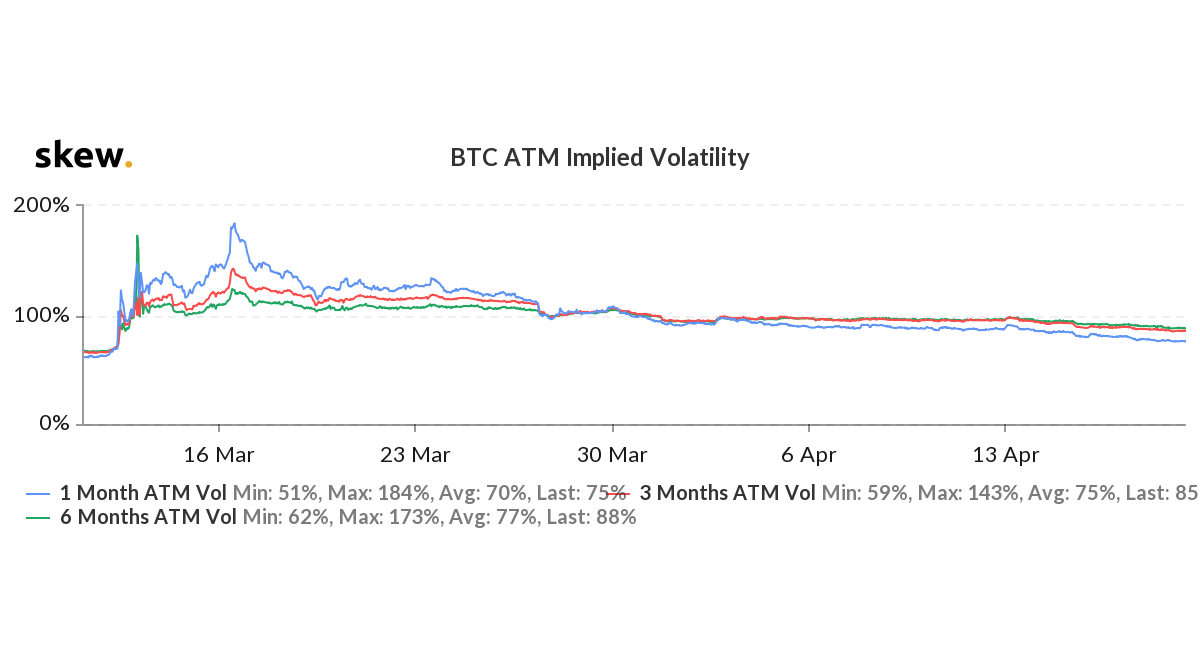 On the shortest time frame, the 1-month ATM volatility reached a high of 183 percent, after evaluating the events of the price plummet, the highest expected volatility in the past 6 months. At this time, the more forward-looking time scales showed volatility of  143 and 120 percent for the 3-months and 6-month periods.

However, since then all three scales are dropping. The 1-month IV has dropped by 56 percent to 76 percent, the 3-month IV to 85 percent and the 6-month IV to 88 percent. This is indicative of an expectation of less and not more volatility the closer we get to the halving, and an even further decline after the halving.

The implied volatility metrics are based on the pricing of Bitcoin Options contracts’ strike prices, depending on the periods of expiry. Given the dropping volatility, trades are expecting an inversely proportional relationship between volatility and time, meaning that the further you get from the halving, the less the volatility is expected to be. 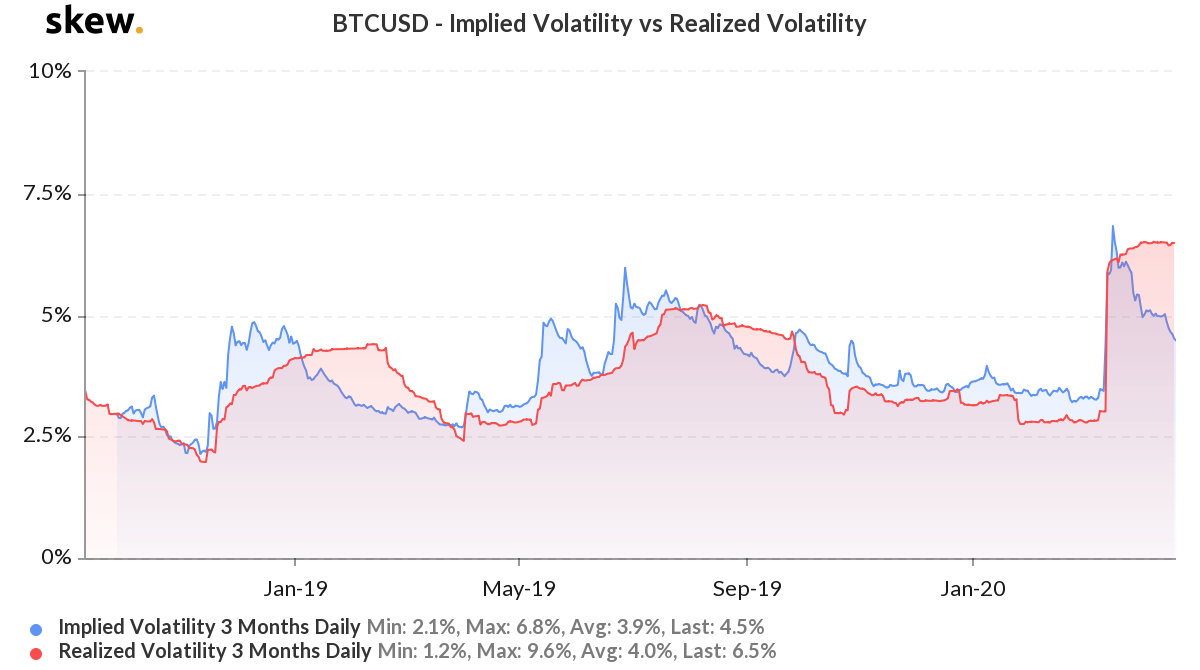 Compared to what’s transpired, the expected movement is even more stable. The difference between the realized or historic volatility of Bitcoin’s price to its expected volatility is now the highest its ever been since before 2019.

Traders are hence expecting a relative decrease in volatility going forward and even more post the halving, once the price balances out the change in mining revenues.

How Bitcoin became the most sought currency in Argentina after USD crackdown?