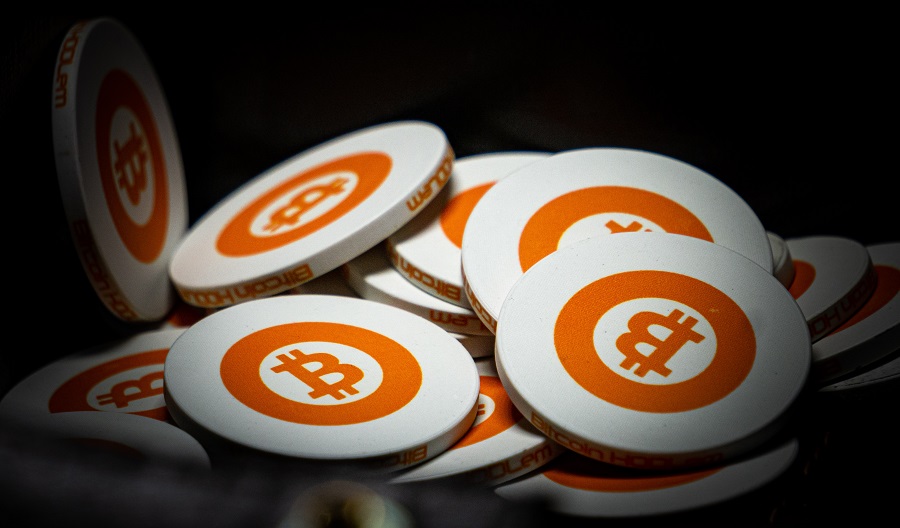 While few attribute the king coin’s intense volatility to Bitcoin’s fixed supply, many have highlighted the speculative demand from investors as a reason. However, since the start of 2020, Bitcoin’s price has recorded too many fluctuations. From breaching the $10,000 mark, twice, to falling below $9,000, Bitcoin has had a wild run in the last two months. Inevitably, the coin’s volatility is also on the rise and will continue to be, owing to its never-predictable price movement. 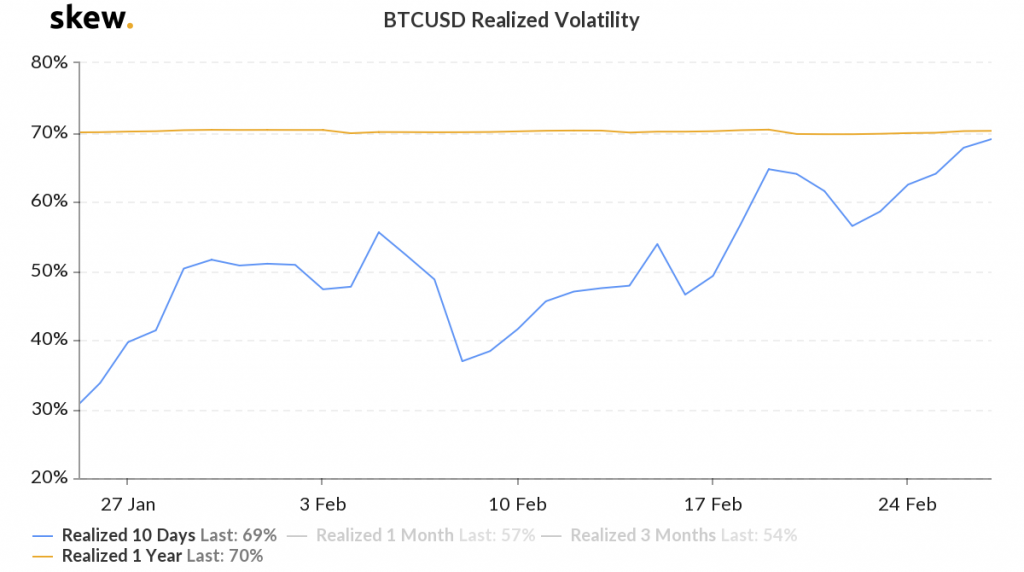 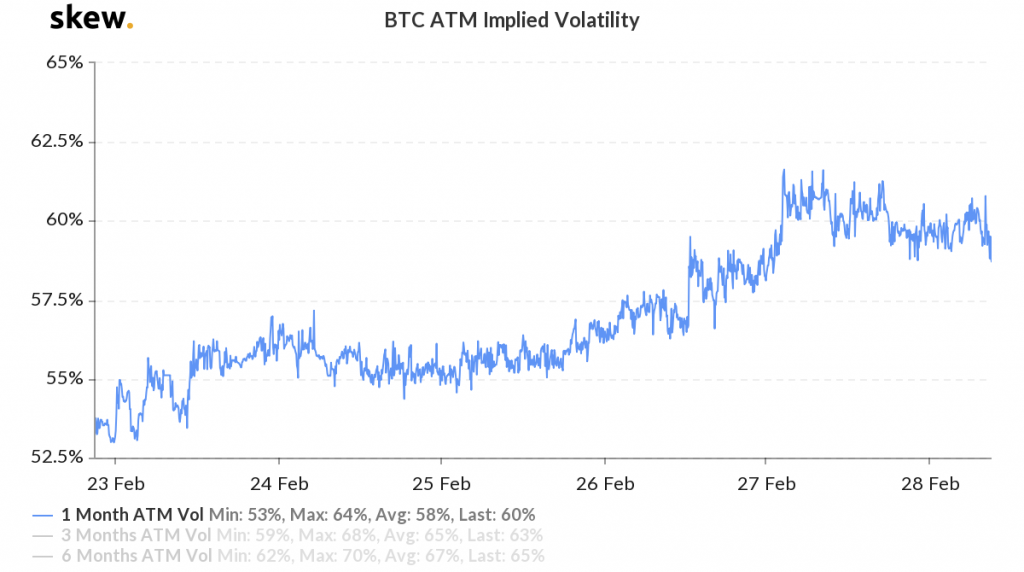 On the other hand, data from Skew markets also revealed that the implied volatility [IV] of Bitcoin is rising. This comes after just a few weeks ago, the IV for 3 months had dropped from a high of 3.5 percent, during the $10,000 pullback, to 3.2 percent.

The implied volatility [IV] takes into consideration the supply and demand representing the expected fluctuations of an underlying stock or index over a specific time frame. Simply put, the IV is a forward-looking metric that captures the possible changes in the coin’s price. Investors often employ it to price Options contracts. 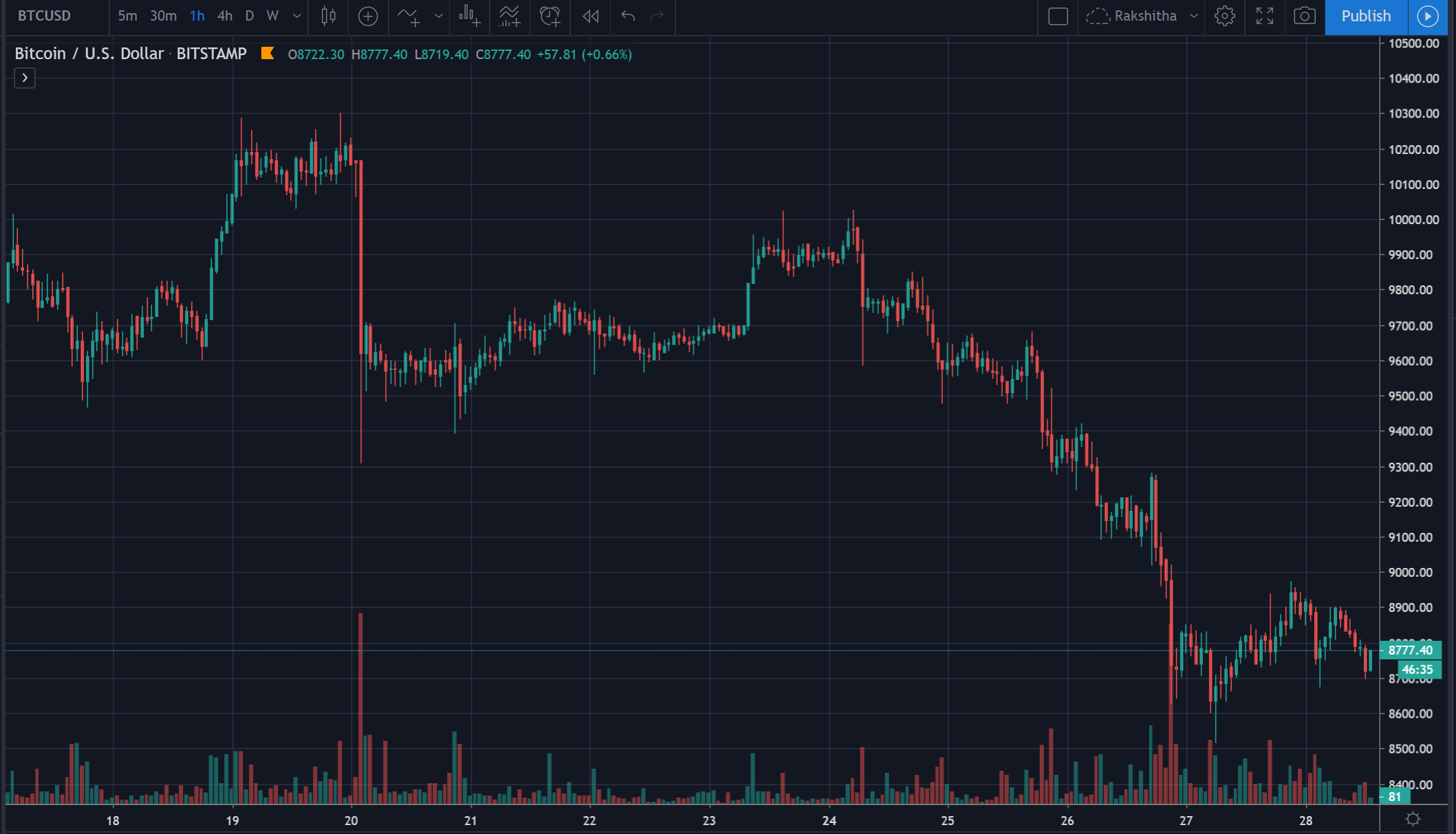 Comparing the above two charts [time frame: February 18- 28], the price drop on February 18 to 19 wasn’t very significant and hence, it can be seen on the Implied Volatility chart that there’s not much variation in the volatility.

Analyzing the above data, it can be predicted that the king coin’s price will continue to fluctuate in the near future and as Bitcoin’s third halving is right around the corner, owing to the market’s performance, the coin might experience even more volatility moving ahead.

Related Topics:Bitcoin volatilitySkew
Up Next