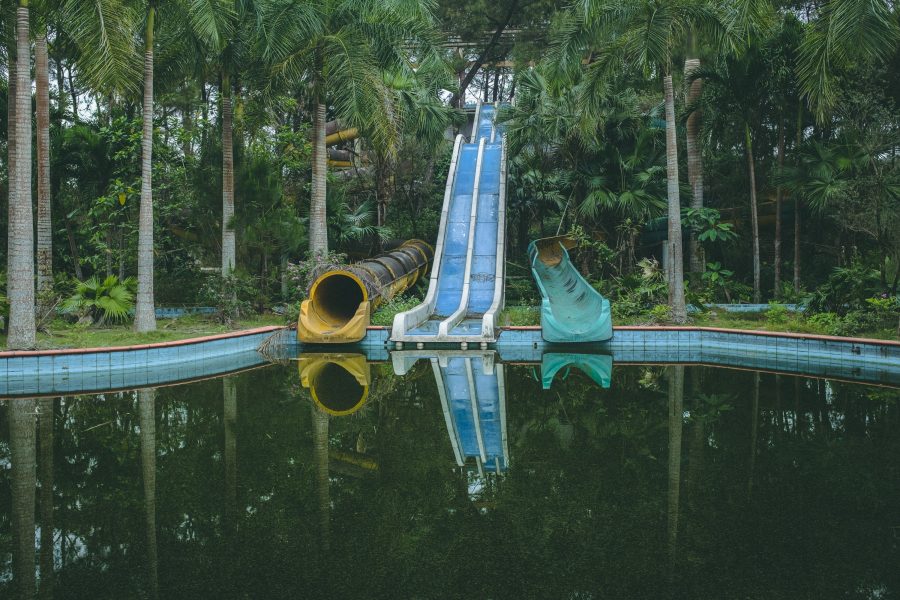 Riding high on volatility is a short ride; just look at the Bitcoin Options market.

Over the past few months, Bitcoin Options have been all the rage. In December, Bakkt launched Bitcoin Option contracts, with the CME following suit in January. Further, Deribit, the most popular unregulated Options exchange, introduced daily BTC Options at the beginning of the month. 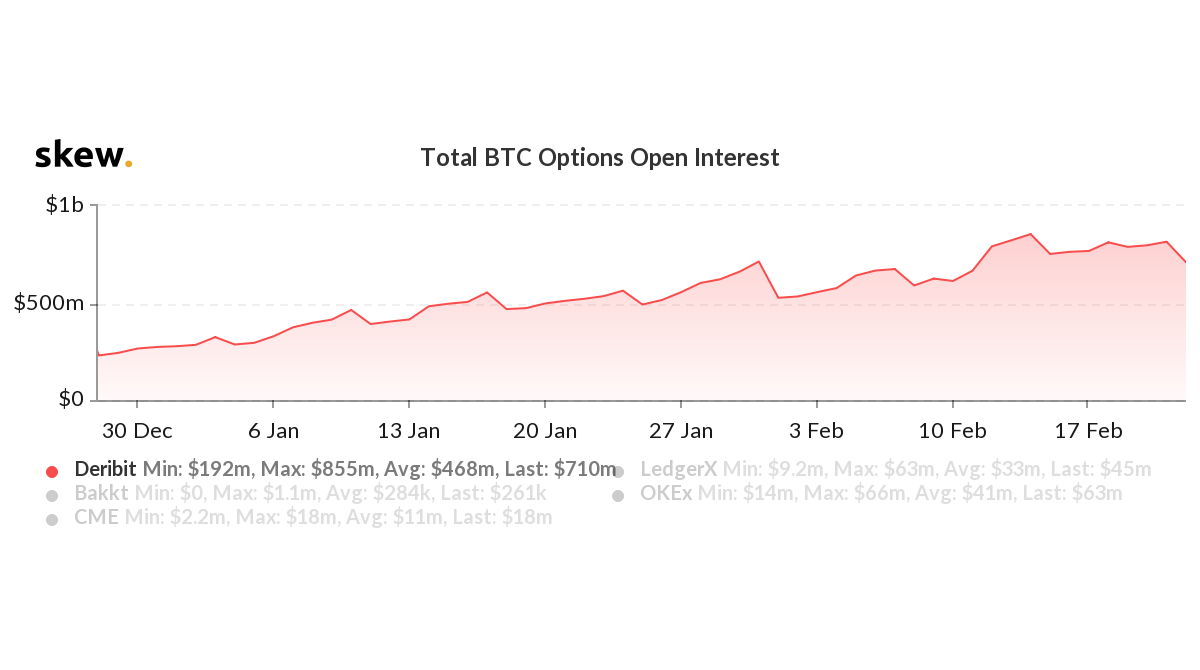 Viewing this massive increase in Bitcoin Options interest among investors, coupled with Bitcoin’s bullish movements off-late, the market has been heating up. On 14 February, the Open Interest on Deribit, which accounts for [on average] over 80 percent of the BTC Options market, reached its highest point at $855 million. However, the volatility drop is causing trouble.

As the price is muddled in a rut, the outstanding positions on the exchange have dropped by over 16 percent from the ATH, down to $710 million. 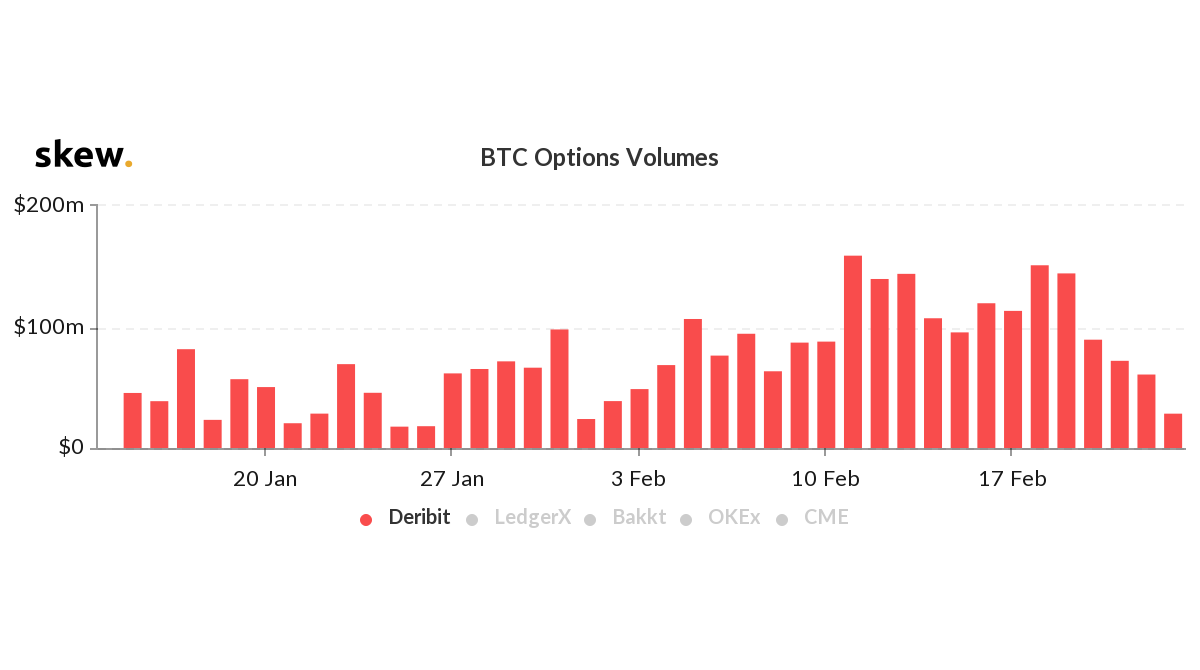 Trading on the exchange is quite frantic as there is a pull-back after every move, seen quite frequently since the beginning of the year when trading stepped up. On a YTD time-frame, the OI is up by a whopping 208 percent, showing healthy signs. However, the recent and continuing 16 percent drop is the second most severe pullback in 2020.

Furthermore, the volume throughout the week has been in a free-fall, unlike the price which has seen drops to $9,300 and is now prepping for another resurgence back over the $10,000 mark. On 18 February, the BTC Options volume on Deribit was as high as $113 million, with the same later dropping to $28 million, a 75 percent drop.

Unlike the OI, which saw waves of acceleration and deceleration, the volume has been steadily dropping. 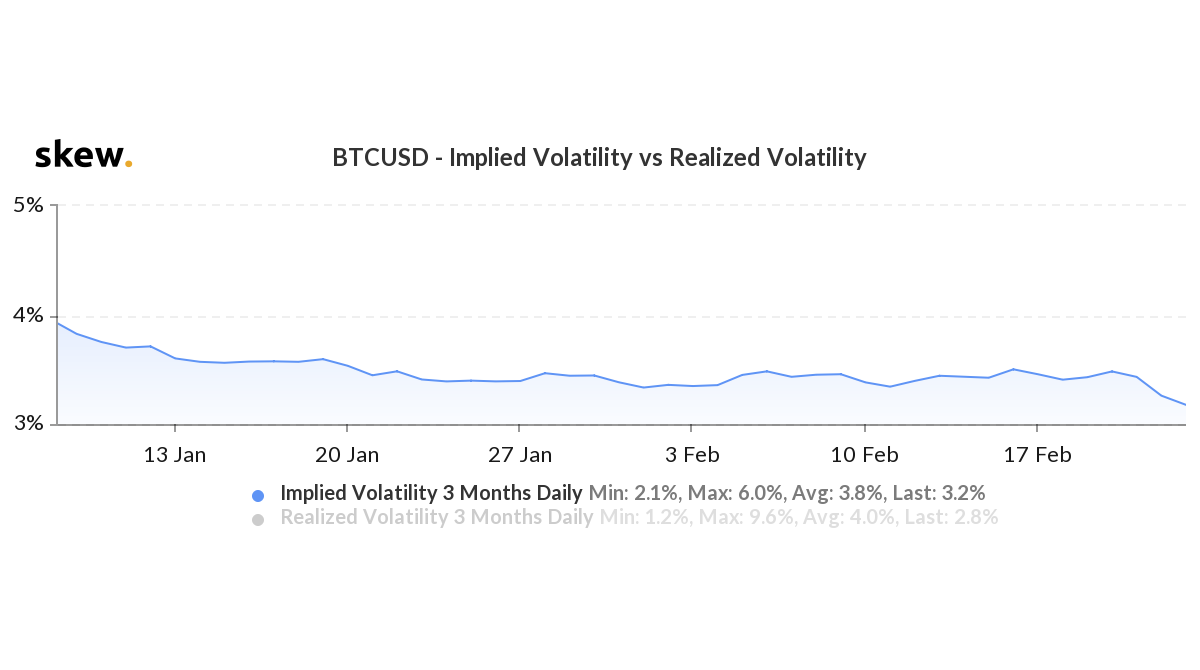 Based on the BTC Options pricing, the implied volatility of the crypto-asset can be measured, and it does not look good. Over the past week alone, the IV for a 3-month period has dropped from a high of 3.5 percent, during the $10,000 pullback, to 3.2 percent. While this trend is short, it does show the larger picture of Option traders’ expectation of a swing in the price of Bitcoin over the coming months

Can blockchain be a good canvas for Art?