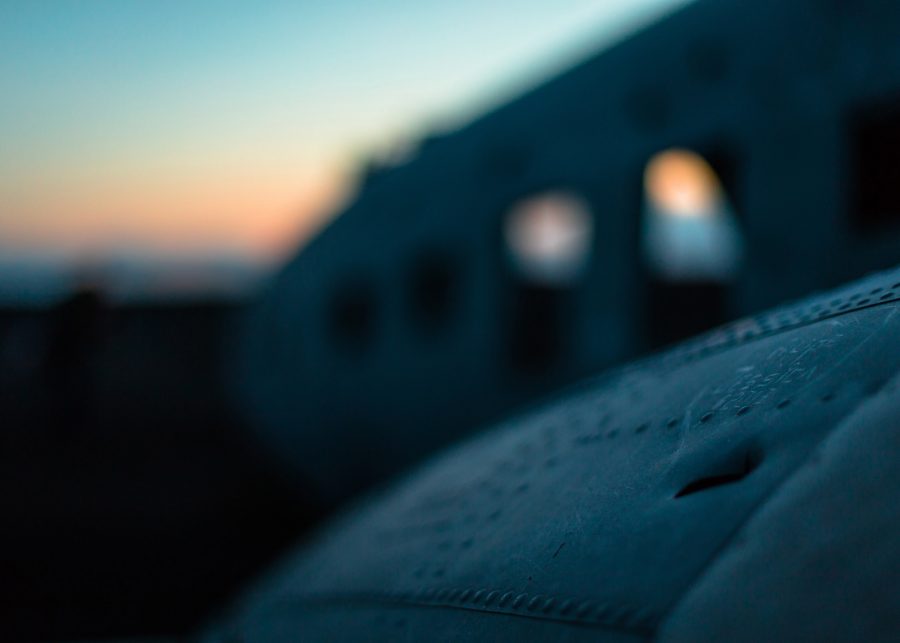 A stark reminder of the fickle nature of the Bitcoin derivatives market was seen with the recent $9,000 pull back. After bouncing in and around the $9,000 to $9,200 range consolidating a price rise beginning at the start of the month, liquidations swept the market as the price teetered off.

According to data from skew markets, the severity and speed of the price drop saw liquidations in two phases for the XBTUSD contracts traded on BitMEX. First, between 1600 – 1900 UTC on 7 March, the $7.6 million, $6 million [including two single trades of $2 million and $2.3 million  respectively] and $7 million worth of Bitcoin Futures were liquidated as long positions were ‘REKT.’

The second phase occurred at midnight. Between 0000 to 0100 UTC on the following day, in one hour alone, $18 million longs were liquidated, with a single trade amounting to $5.5 million.

BitMEX’s recent liquidations are at its highest since the 28 February price drop which took Bitcoin from $8,800 to $8,400. According to datamish, the long positions that were liquidated as a result of the previous day’s price drop was valued at $20.84 million. 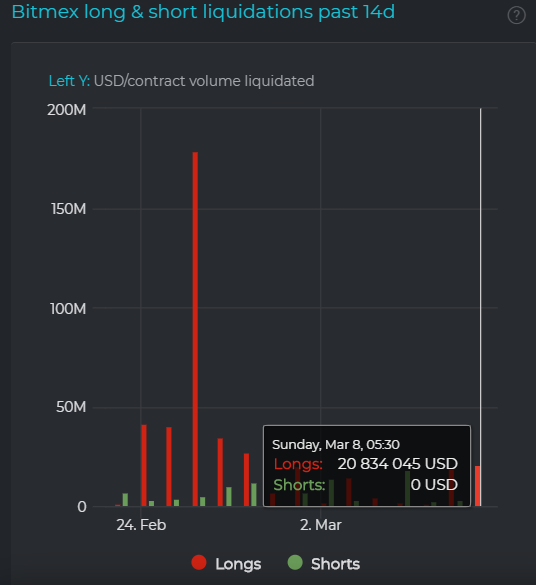 As a result of the price movement, the volume has moved up, but not in a commensurate fashion. On March 7, a total of $9.47 billion was traded in Bitcoin futures across the major 9 derivatives exchanges, excluding the CME and Bakkt.

This volume uptick was a change from the trend in the first week of March which saw continuously decreasing marginal change in volume. 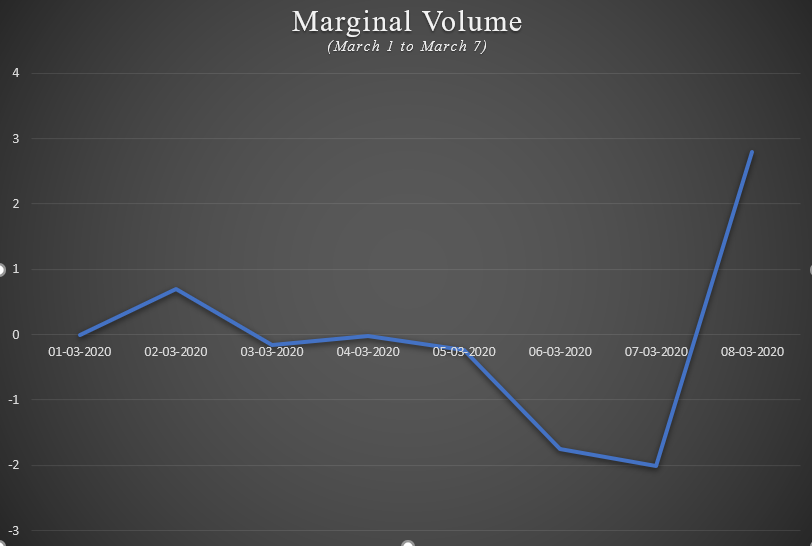 As can be seen in the chart above, the volume has been decreasing day-on-day from March 2 to March 6, owing to Bitcoin’s sideways movement. Yesterday’s price movement down below $9,000 triggered a volume move up, with a marginal increase of $2.8 billion on March 7 compared to a day earlier.

However, price movements in February indicate that a price drop of the extent seen yesterday should cause more trading action than it did. Interestingly, as the volume rose, the total market OI dropped by $40 million, with BitMEX’s open and active positions remaining the same, showing liquidated positions being taken up by new ones.

Related Topics:Bitcoin FuturesbitmexfeaturedLiquidations
Up Next

Bitcoin shorts are not finished yet, dip below $8,600 incoming?

When it comes to Bitcoin ETFs, market surveillance isn’t the only solution