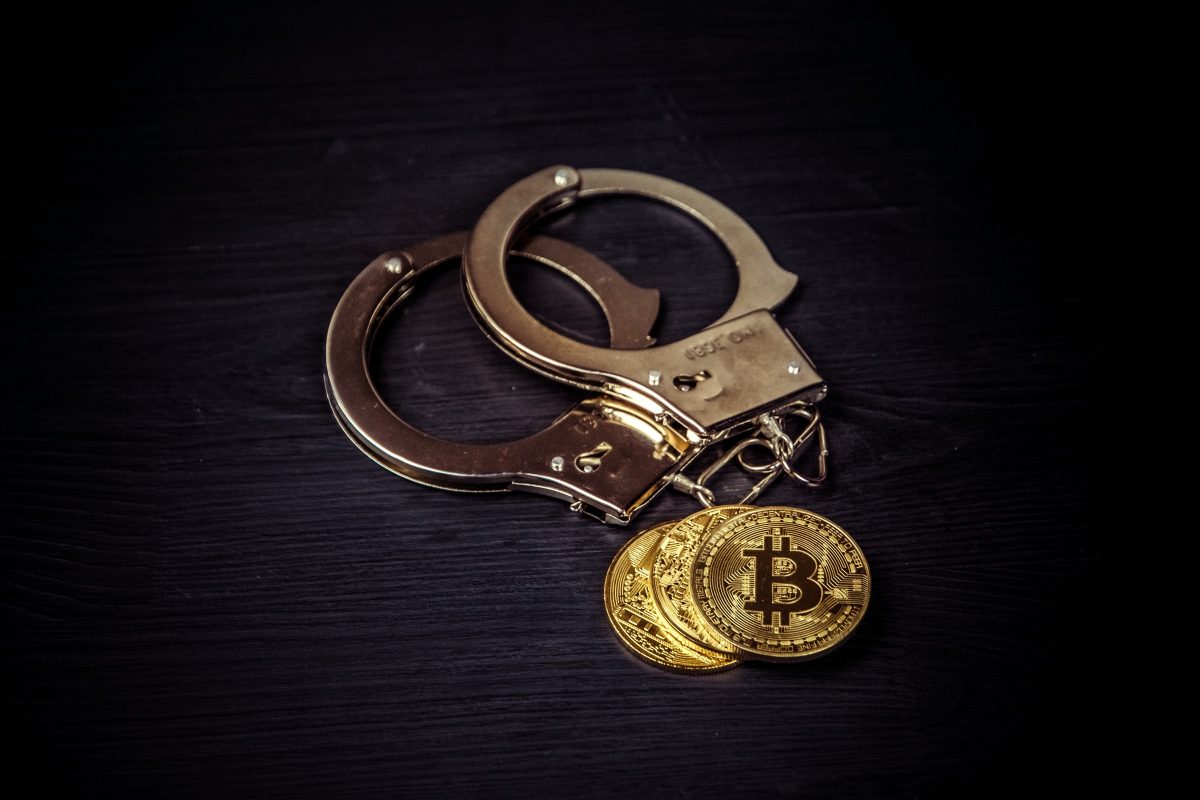 In the midst of an eventful week, several developments in the cryptocurrency space, a Chinese media outlet has reported the arrest of Huobi’s COO Robin Zhu Jiawei. The resultant surge in the volume of Bitcoin withdrawals from Huobi is signaling a change in the price trend.

Two media sources in China, Colin Wu, and Deep Chain Financial have independently reported that Robin is taken into custody by the Chinese police. A month ago, there was news of OKEx owner XuMingXing being arrested, though OKEx denied all claims, and withdrawals remained suspended for 20 days.

Exchanges in East Asia have played a pivotal role in Bitcoin’s price, and with the arrest of Huobi’s COO it is a time of uncertainty. The rule of thumb is that investors and traders do not like uncertainty. In this case, uncertainty is massive as the combined Bitcoin balance on Huobi and OKEx is over 460,000 BTC, worth $3.5 billion. A crackdown by regulatory authorities on one exchange after the other may drive more Bitcoin to private wallets than previously seen.

Unusual outflows of Bitcoin were recorded, on Huobi for the past 5 hours. 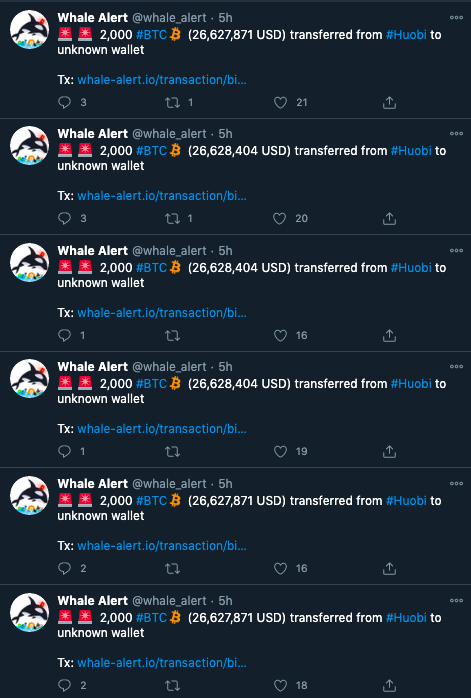 Unusual outflows suggest that whales are gearing up for a shift. Though events of the recent past have failed to make a significant impact on Bitcoin, and there is a shift from the FUD narrative, Huobi’s news may have an impact due to the timing of the incident. In the backdrop of several events of global significance, Bitcoin’s rally may be hit by a shift in sentiment now. If the Bitcoin being pulled out of Huobi hits exchanges anytime soon, the sell-side pressure may increase, just as the volatility goes up. Retail traders need to test waters on derivatives exchanges before opening new positions in such a volatile market, as 20000 BTC pulled out of Huobi is a significant change.

A shift in mining hardware in East Asia, where mining pools are concentrated could add to the withdrawal of Bitcoin from exchange wallets. Either way, this unusual activity in spot markets has an impact on the derivatives markets as well. There is a flurry of activity on derivatives exchanges and the aggregate trade volume has jumped up from $11 Billion to $20 Billion in less than 24 hours. 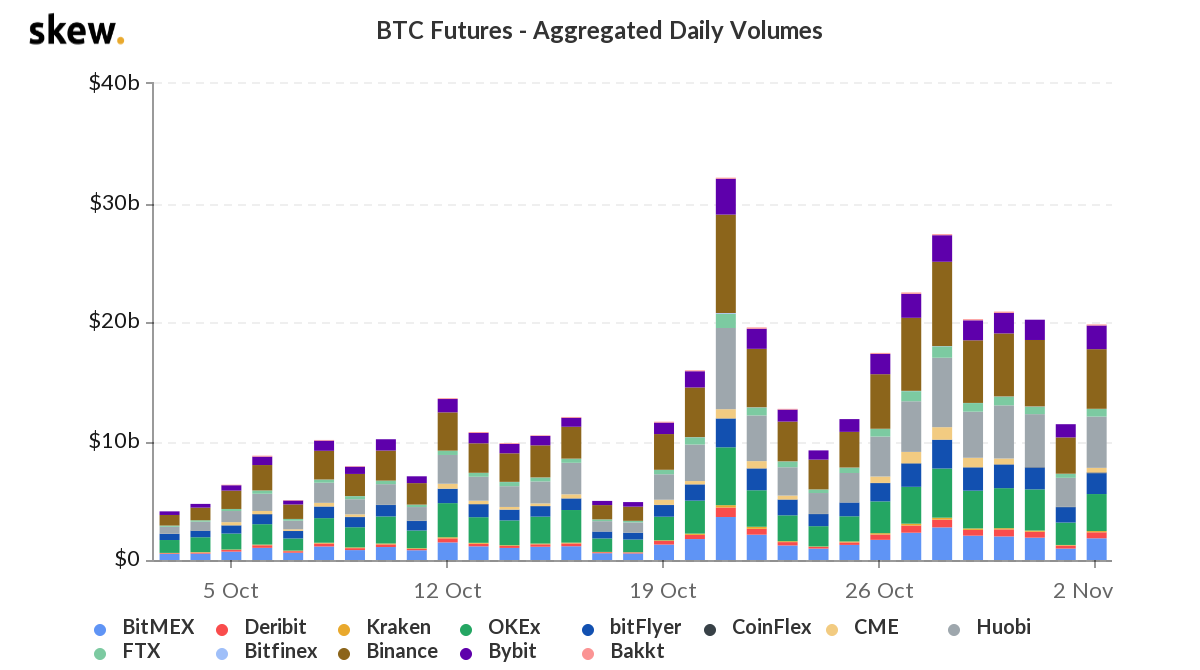 The leverage on Bitcoin may increase further in anticipation of a price rally driven by demand met with scarcity. Positions on both sides are getting liquidated, as seen on BitMEX’s liquidation charts from Skew. 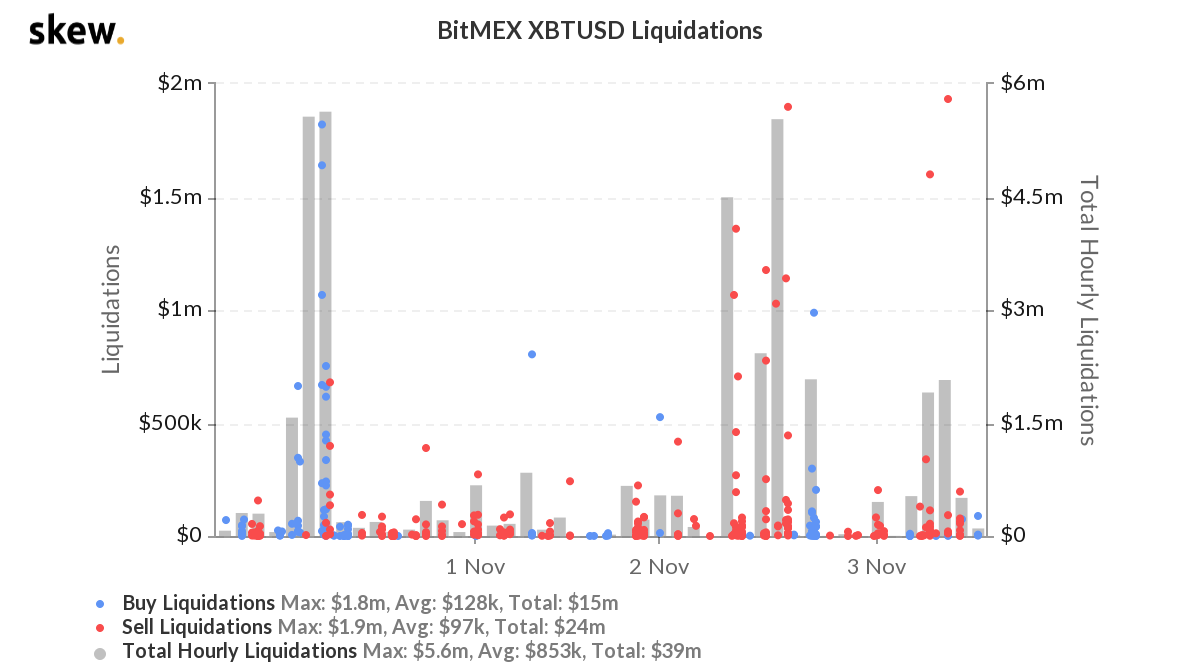 There were $24 Million sell liquidations, against $15 Million buys, the sentiment is mixed, however, in the next few hours, the change in BitMEX liquidations will suggest which direction the market is skewed in.

Related Topics:Bitcoin FuturesHuobiOKEx
Up Next

Bitcoin: What to expect 24 hours vs 24 weeks after U.S Elections