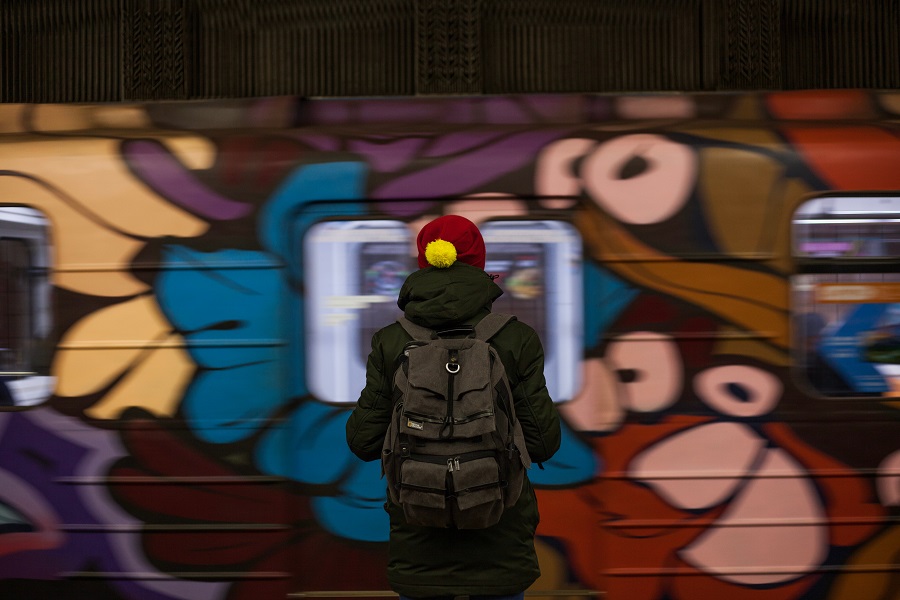 The prophecized golden cross is clearly taking its time to kickstart the rally. At press time, BTC was worth $9,670, slightly higher than last week’s close [$9598]. On the weekly time frame, Bitcoin’s rally hinges on how February ends. For now, the rally to $10,500 looks like the local top and a correction is underway.

The question is, ‘correction to what level?’ 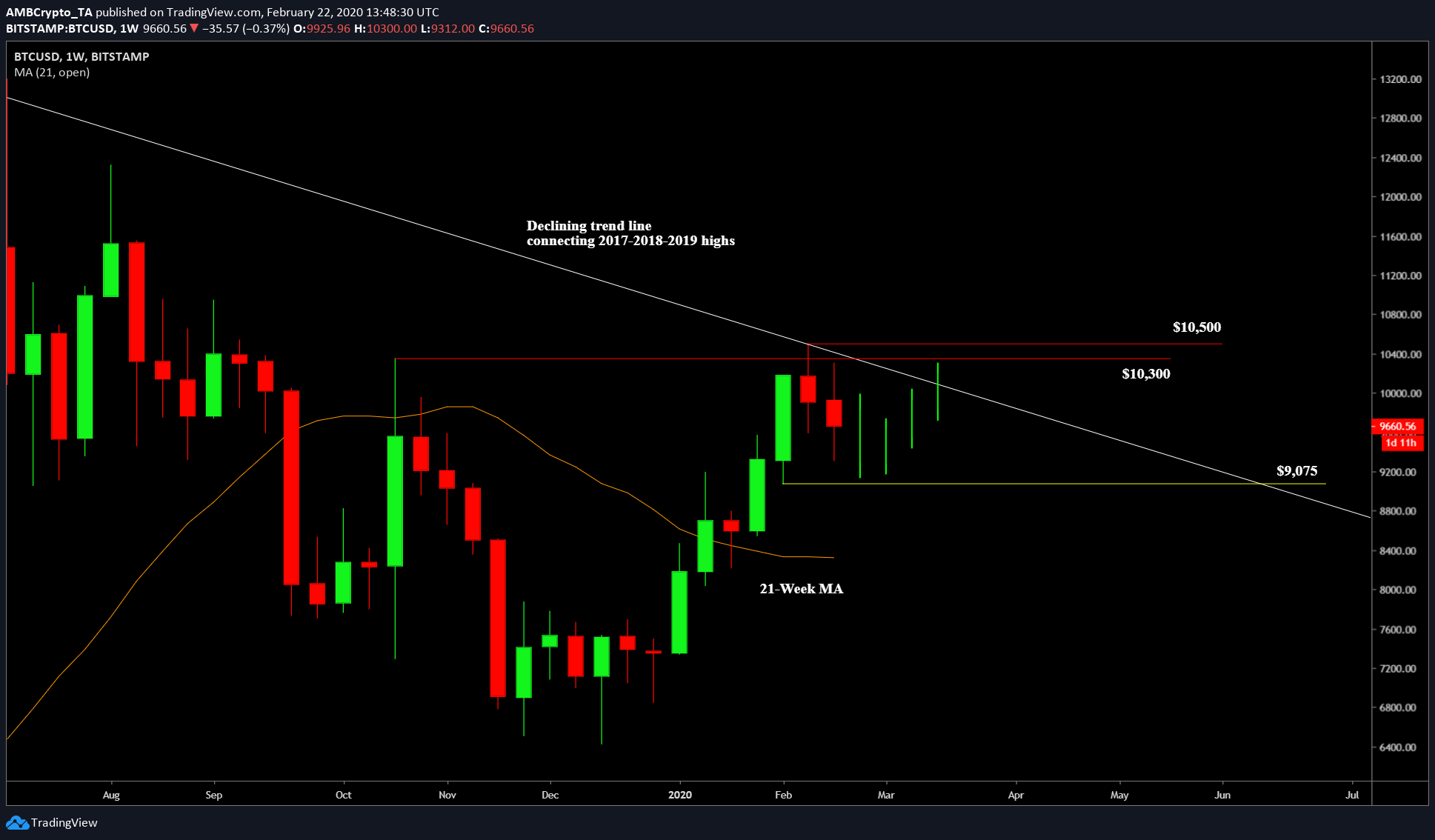 On a weekly time frame, the price has a leeway to drop to $9,075; this has a higher chance of catching the price’s correction. Moreover, this could also be the level the price might rebound off before starting its rally. However, even a rally from this local bottom would cause major resistance at $10,300 and $10,500, both of which are prior weekly highs.

Further, the declining trendline extending from 2017’s highs connect the mid-2019 highs and the current high at $10,500. Hence, a confluence of all these levels will be a hindrance to the rally.

Contrary to all of the above, the price looks overly bullish considering the 21-weekly moving average. 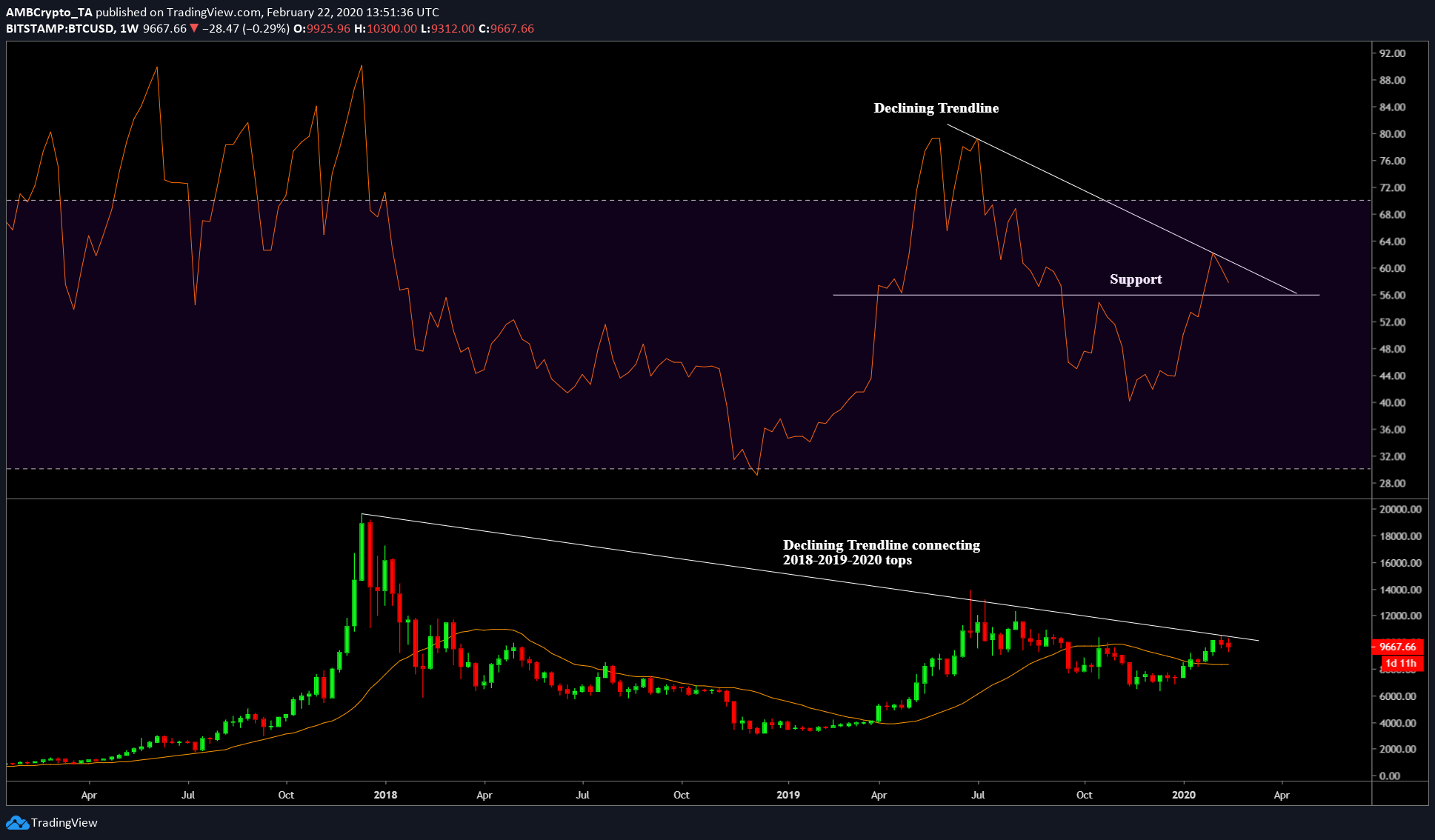 The Weekly RSI indicator showed a decline, similar to the price, indicating a bullish future for Bitcoin. However, as seen, RSI’s downtrend might face some small support. Therefore, the RSI’s descent to that support might take Bitcoin to the aforementioned level at $9,075. This could be the last pullback below $9,000, before the rally commences. 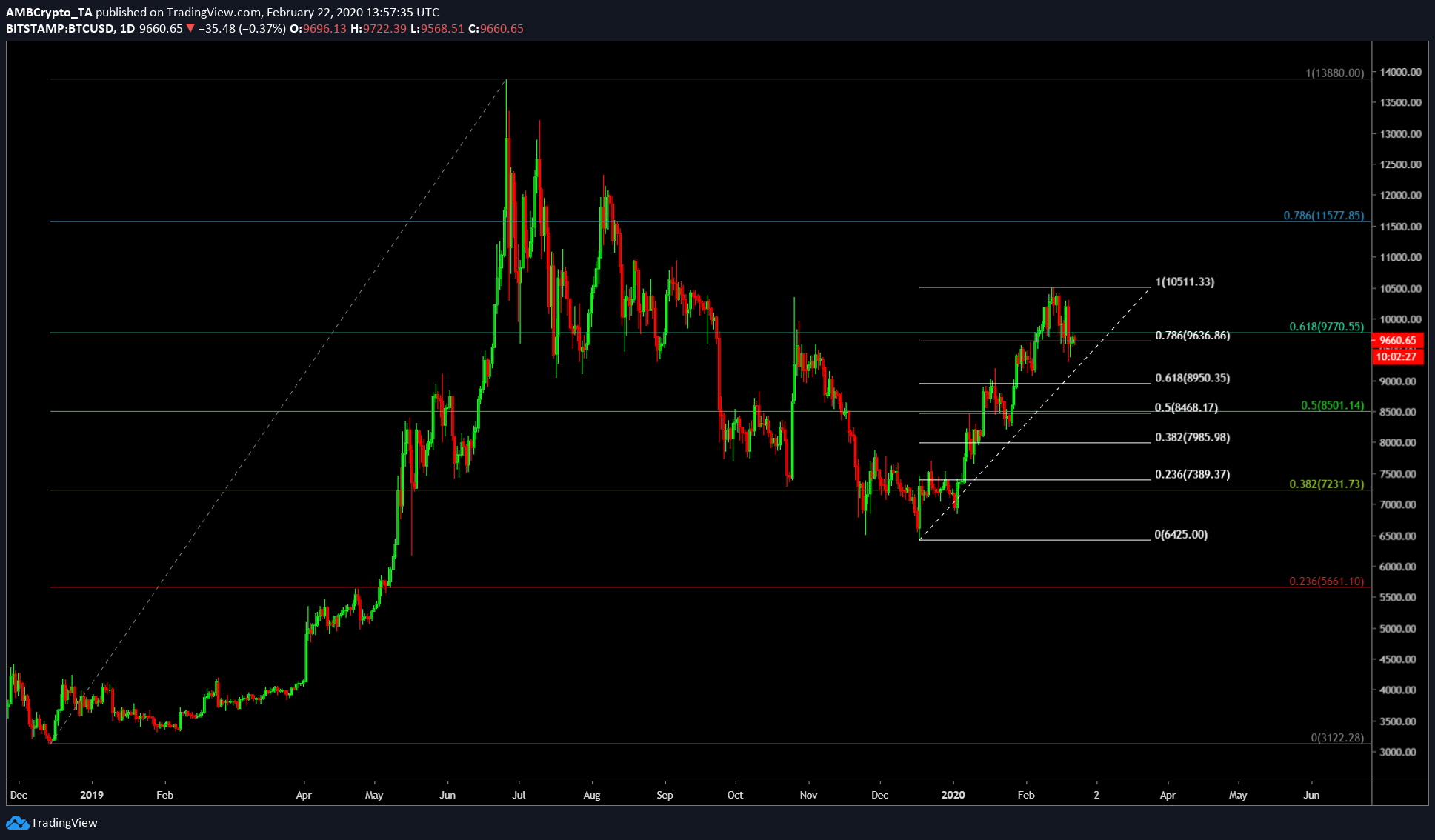 The daily chart provided an alternative view of Bitcoin’s future. As seen in the daily chart, the price level between $9,636 to $9,770 is a deciding level. For the price to rally higher or go lower, it needs to bounce or breach the said range.

Hence, the daily chart presents a whole set of opportunities, but over a much smaller time scale.