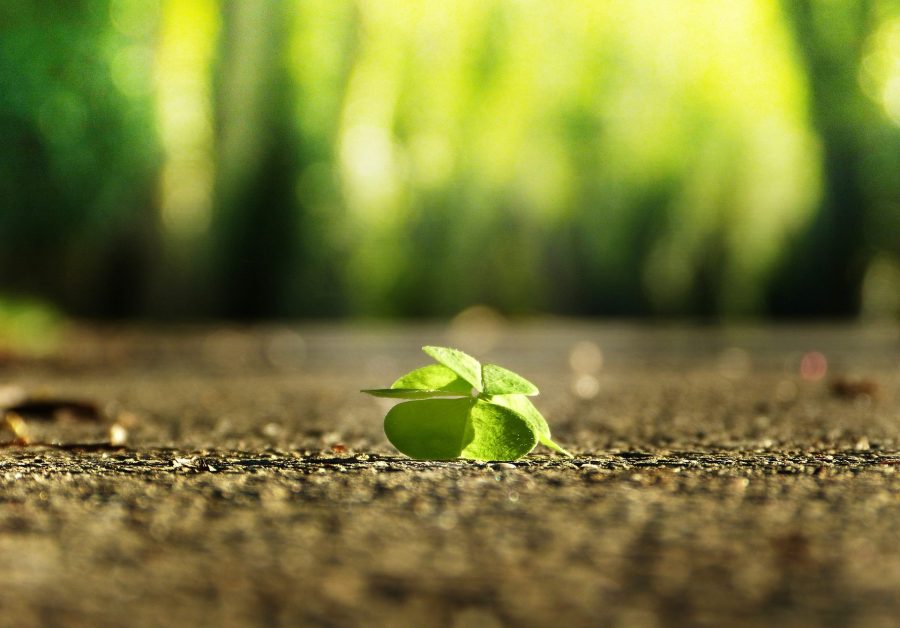 Despite the fact that there are over 5,000 altcoins in existence, Bitcoin has continued to rule the space. As the king coin became more popular in the cryptocurrency market, so have the instruments to trade it, with Bitcoin Options being just one of the many that have continued to evolve. This instrument trades with the basic call or put option.

The Open Interest [OI] figures for Bitcoin’s Options market exploded on 14 February to surge to a yearly high. Deribit has been dominating these figures, heading the field with a volume of $850 million. This is due to the fact that the total contracts that remained open in the market on that day remained higher than the days prior to it. 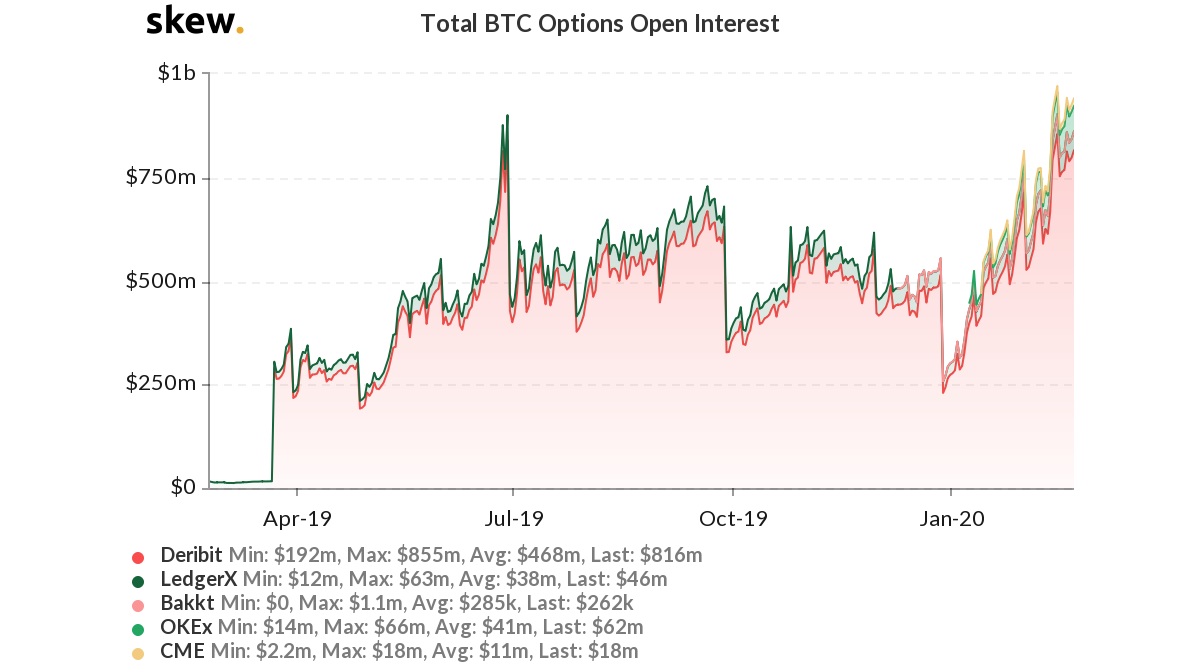 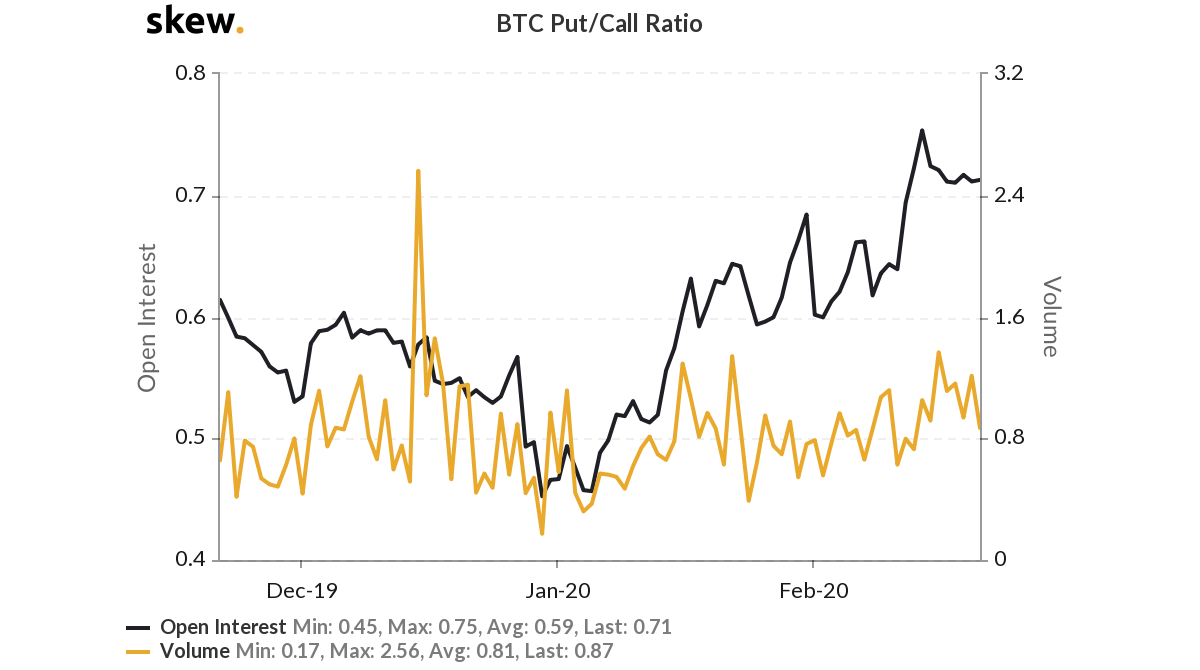 According to data provider Skew Analytics’ chart, Put consisted of nearly $470 million while Calls stood at $385 million on Deribit on 14 February [Put constituted 52% and 48% were Calls of the total volume]. Hence, Put trades on BTC Options were more than that of Calls, something that indicated that buyers were not optimistic. 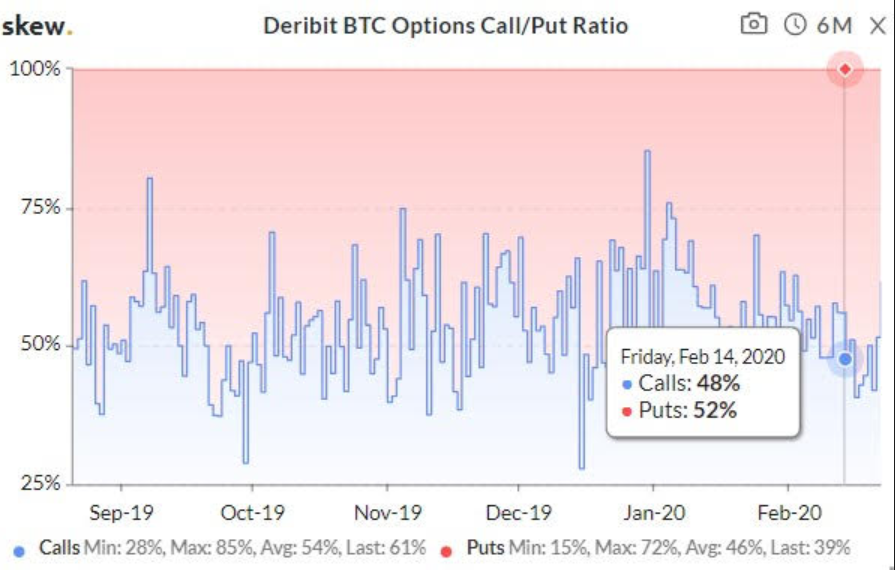 Put domination signaled a rise in bearish sentiment in the market. And the fact that this trend appears to have continued on Deribit further suggested that investors were either speculating that the market will move lower or were hedging their portfolios in case there was a sell-off or a price downturn quite contrary to the expectation of higher prices. This would explain why the Puts/Calls ratio was more than 1.

This is an interesting development because as Skew noted a few weeks ago, in terms of Bitcoin Options Open Interest, the Put/Call ratio was “structurally less than 1.” The present scenario would suggest that there has been a potential trend reversal.

To top that, Bitcoin’s price shot up above $10,350 on the same day. However, its price fell shortly after and has been on a decline since, despite a brief respite on 18 February.

Bitcoin halving effect: Mining revenue may fall by $3.1B