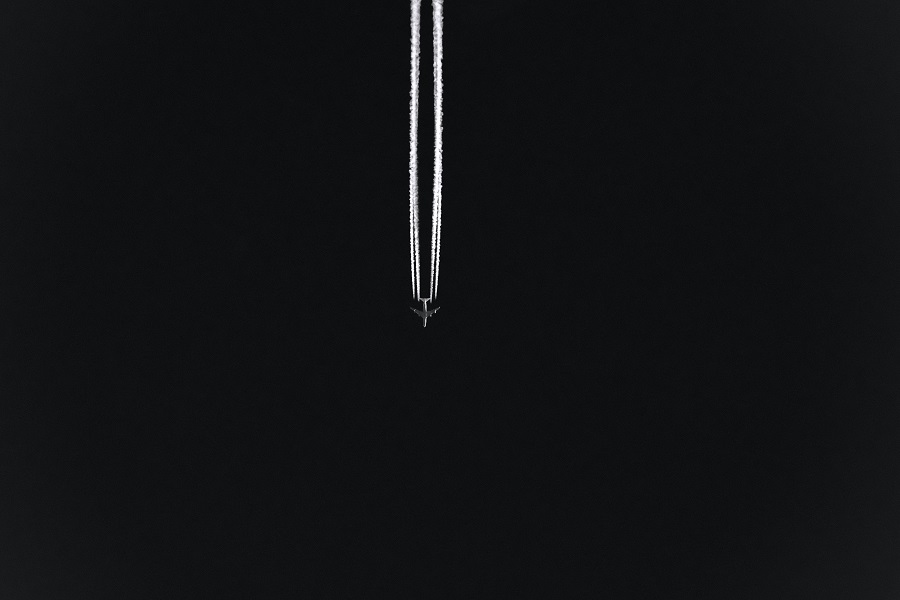 Bitcoin’s price has been under the $7,600 range for over a month now. Even with 3 major retests of the resistance at $7,660, Bitcoin’s price hasn’t managed to breach it. With the formation of a double bottom in a medium time frame, this was supposed to change. However, it hasn’t so far. 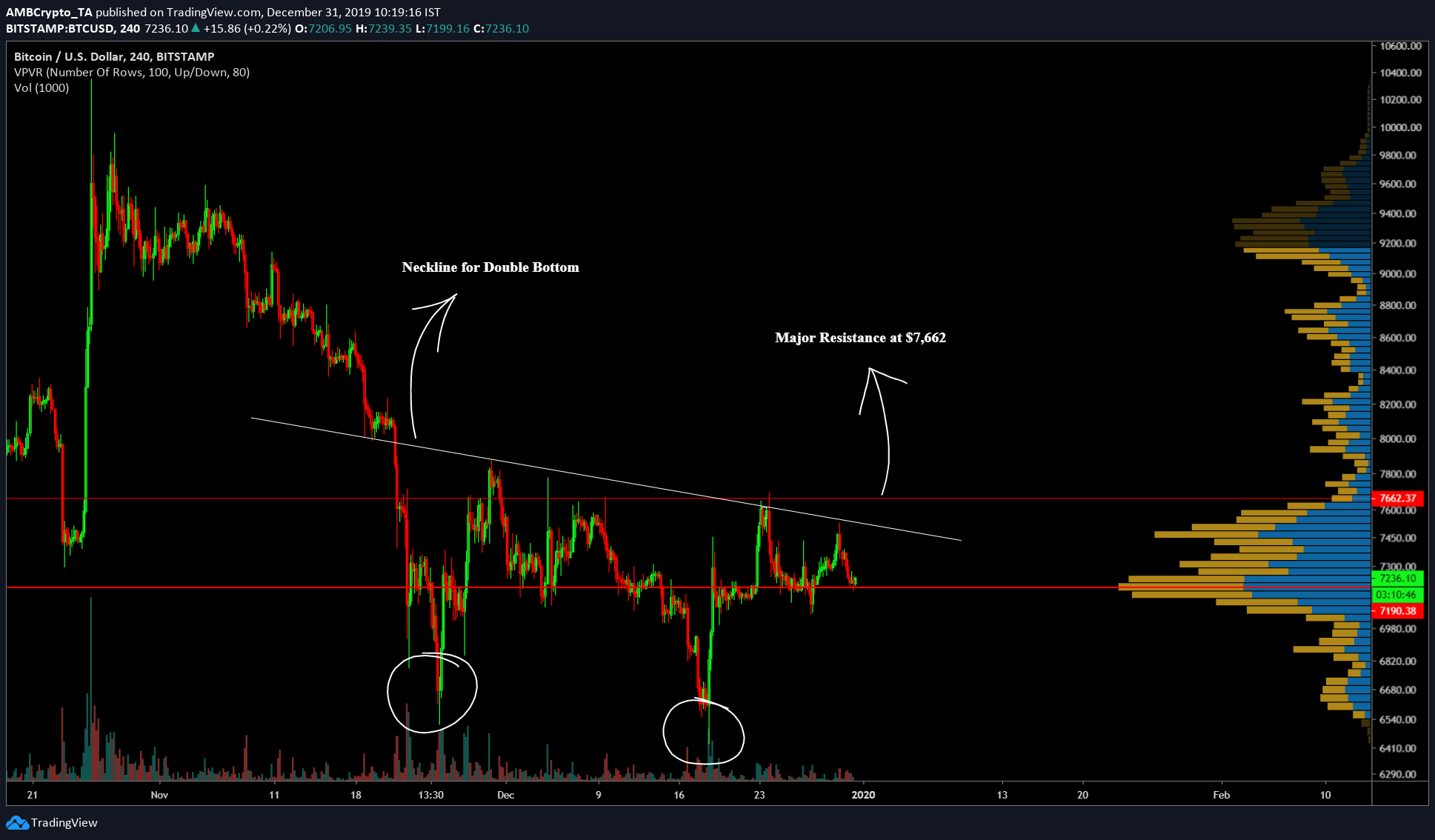 The double bottom is a bullish pattern, provided the price breaks above the neckline with sufficient volume to continue the bullish momentum. Although there is a decreasing volume trend, there hasn’t been any breach above the neckline. As Bitcoin fails to reconquer the strong resistance at $7,600, its collapse is also strong support at $7,236. Moreover, the VPVR indicator showed a point of contact at this support [$7,236].

Perhaps, the reason why Bitcoin would fail to fully evolve into a double bottom pattern would be a major overhead resistance. The 2-year daily moving average has not been breached since 26 September. For over 32 days, Bitcoin has constantly tried to breach this resistance and failed. 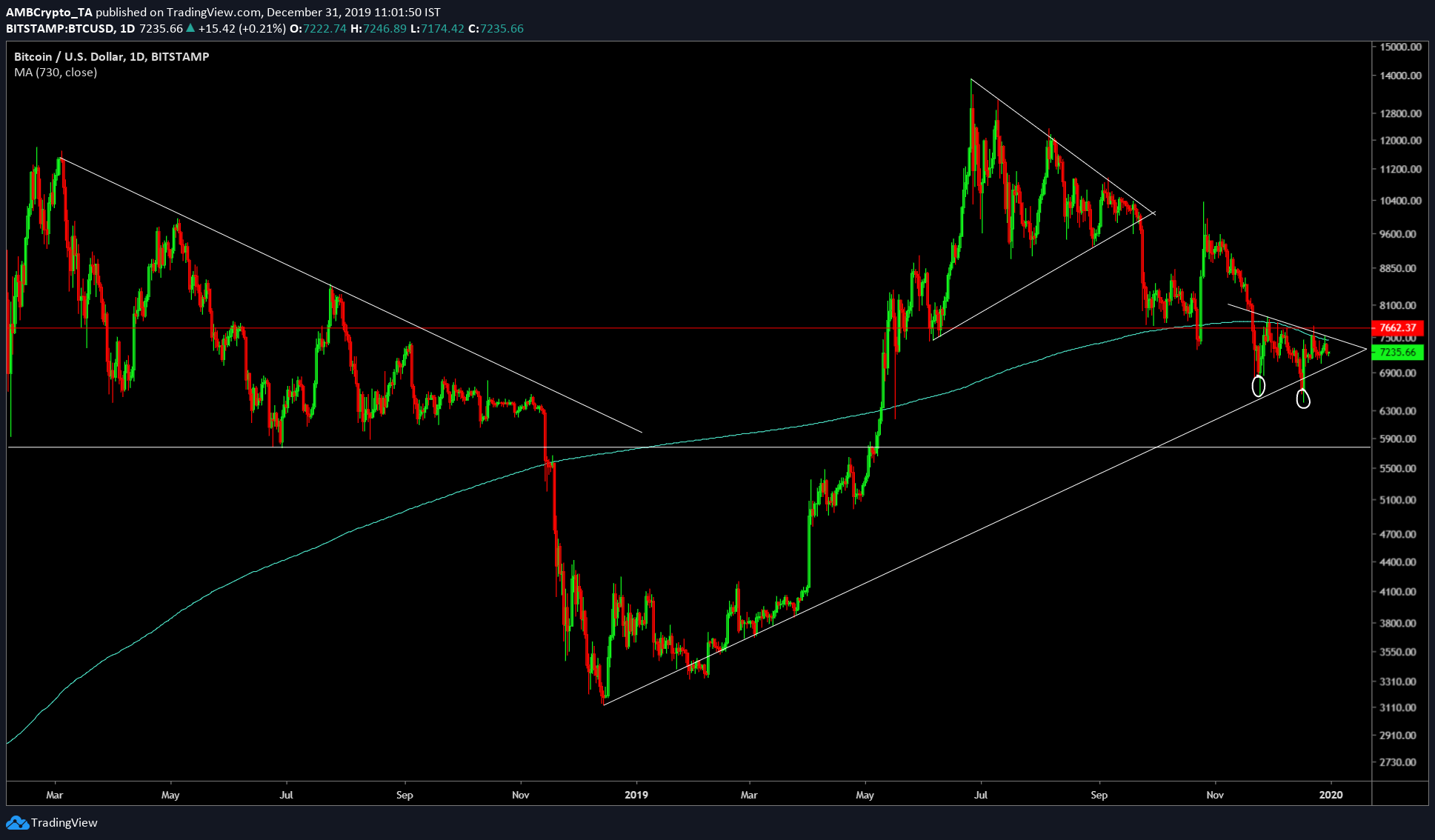 The daily chart showed another narrative for Bitcoin, a rather bearish narrative for things yet to unfold. As seen in the attached chart, the retest of the 2-year DMA has failed and the price is retreating.

Additionally, an interesting observation here is that the December 2018 bottom and the current price action are acting as support for the price, at press time. However, the worst will happen when BTC breaks this support. Bitcoin is known for triangle patterns and a bearish breakout. Take for example the bear rally in 2018, one where Bitcoin broke down from $6,000 to $3,000 or the $9,000 to $7,500 drop in September 2019.

Since the overall trend for Bitcoin is bearish and the formation of death cross personifies the bearish momentum, the chances that Bitcoin will break to the bottom are higher than usual.

The drop from the daily time frame could take BTC below the $6,400 level, one which is the current lowest local support. However, the drop would be much more brutal and could take BTC below $6,000. Moreover, BTC dominance has also peaked at 70 and has started to collapse. This would also pave the way for altcoins to perform since they haven’t had an alt-season in a while.

US Regulators should balance [financial] legacy with [digital] disruption

Africa might be the first market China’s CBDC expands to