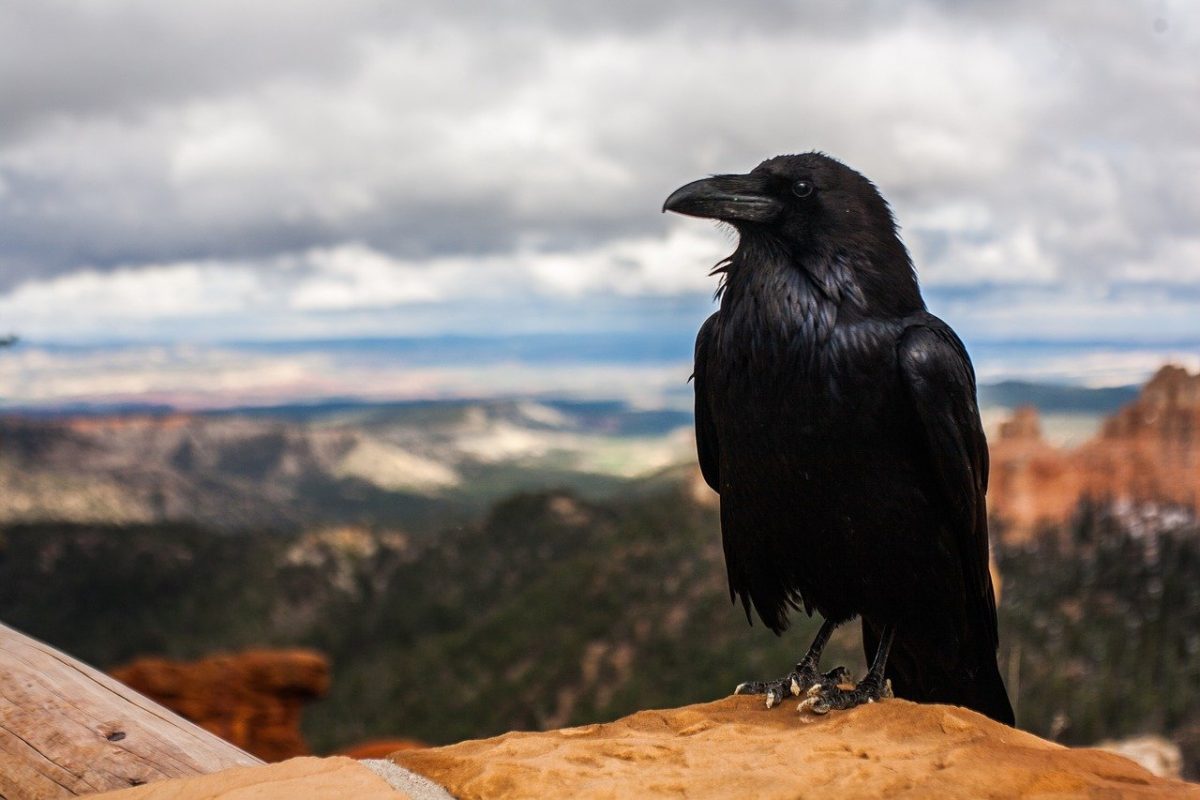 Bitcoin SV has noted quite a lot of volatility in its valuation over the past few weeks. Although it failed to note a trend in the short-term, it might be forced lower on the charts in the coming weeks, unless the bulls stepped in. Augur was trading within a price range, but might be able to break out over the next few weeks. Finally, Crypto.com Coin sank lower and lower while the exchange behind the crypto-asset grew its userbase. 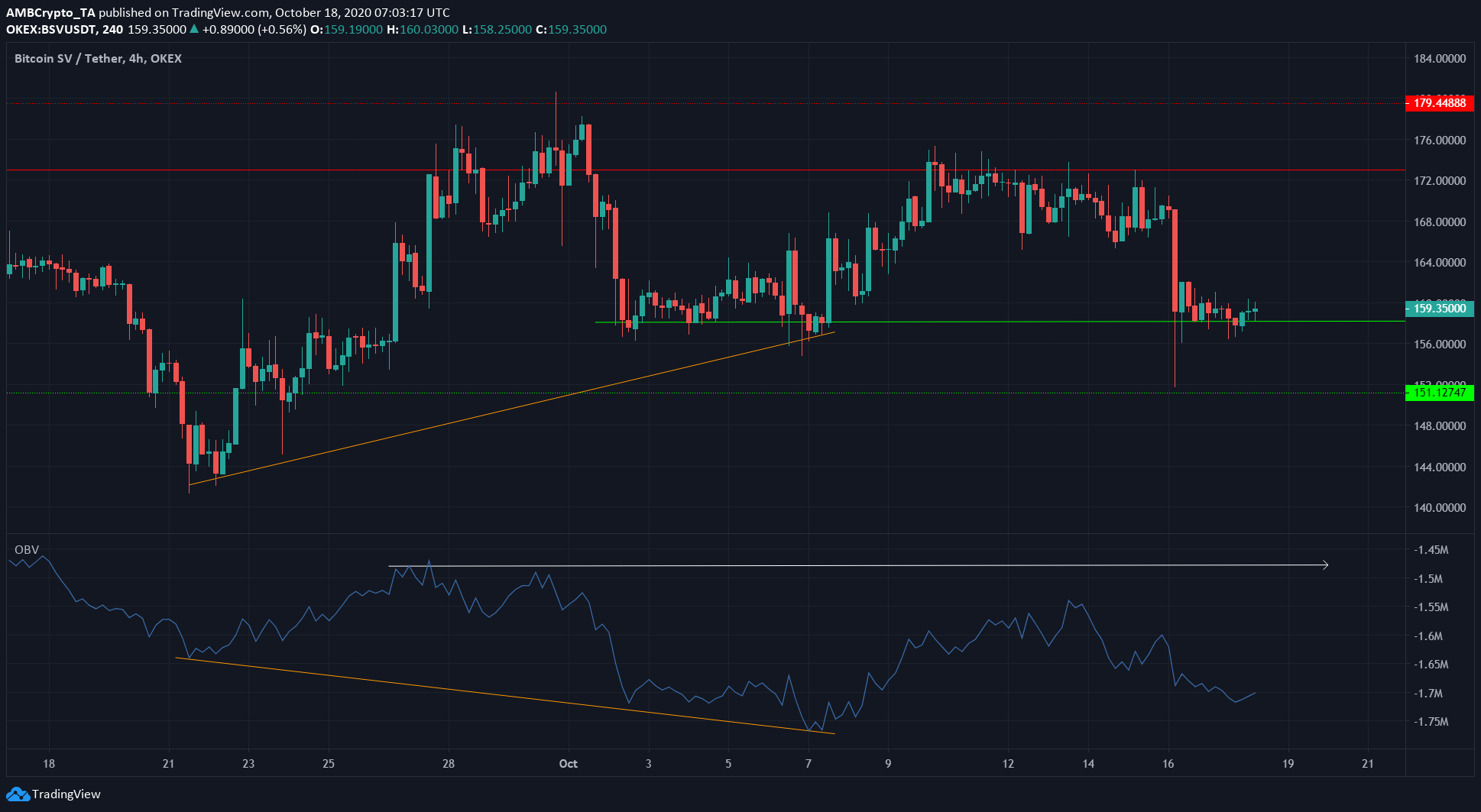 Bitcoin SV has been quite volatile over the past month, registering a 23% rise and two drops of nearly 10% each.

In fact, the crypto-asset failed to go past either its support at $151, or its resistance at $179. Further, over the past few trading sessions, the crypto-asset has continued to trade within the $158-$173 range.

The OBV underlined heightened selling volumes for the crypto-asset as it made a lower low (orange) while the price made a higher low. This suggested that the recent hikes were not a result of trend reversal and overwhelming buying interest.

The price would have to close above $180, and the OBV must break past its previous high (white) to confirm a change in trend to bullish. 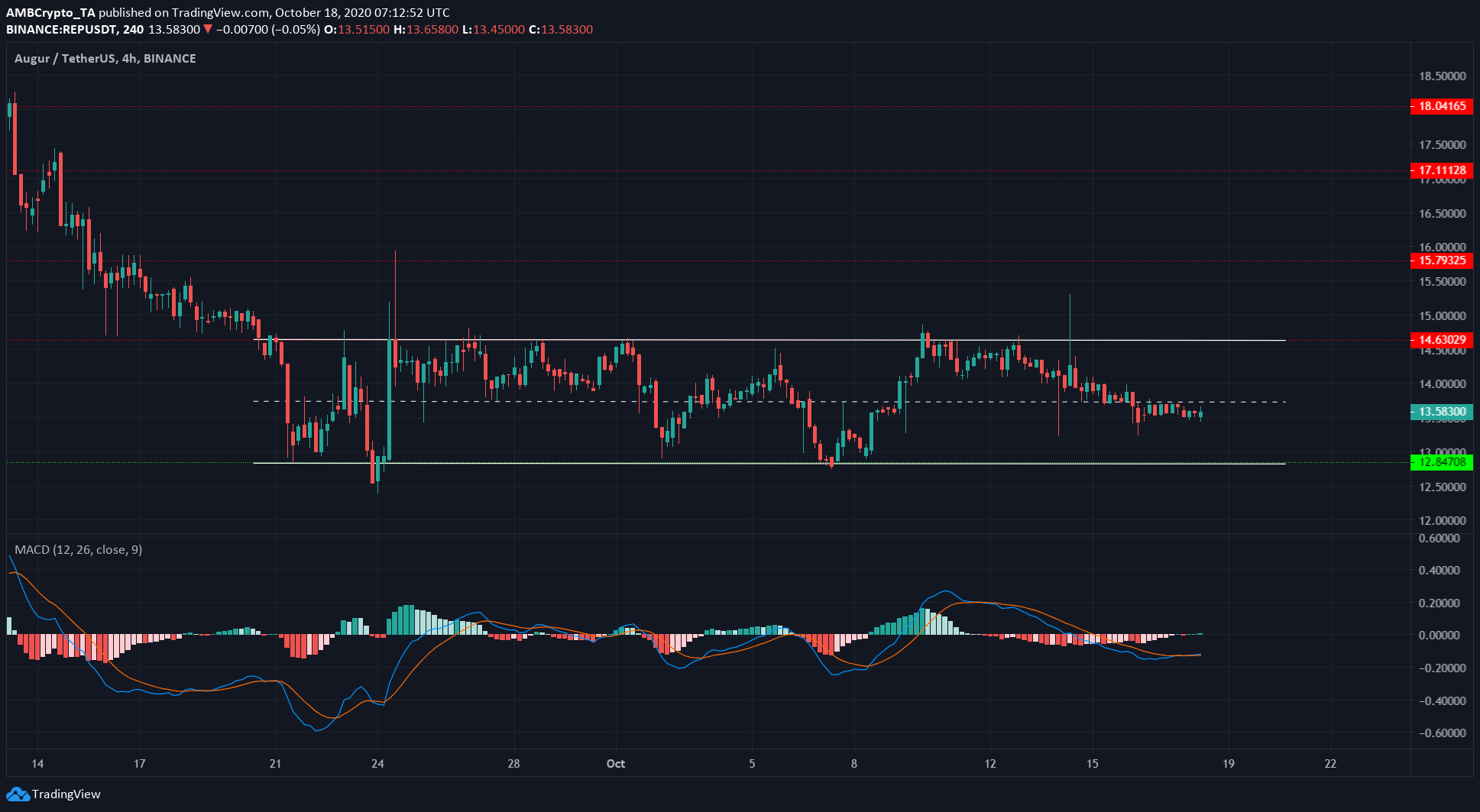 REP formed a rectangle bottom pattern (white), where the price ranged between the two boundaries after entering the formation from above (Hence, called a bottom). This pattern generally sees an asset break to the upside.

In the near-term, REP could be headed south as it slid under the mid-point. The MACD further suggested that market momentum has been with the bears lately.

A break out above $14.6 on good trading volume, ideally followed by a retest of the same level, could indicate further gains for the crypto-asset. 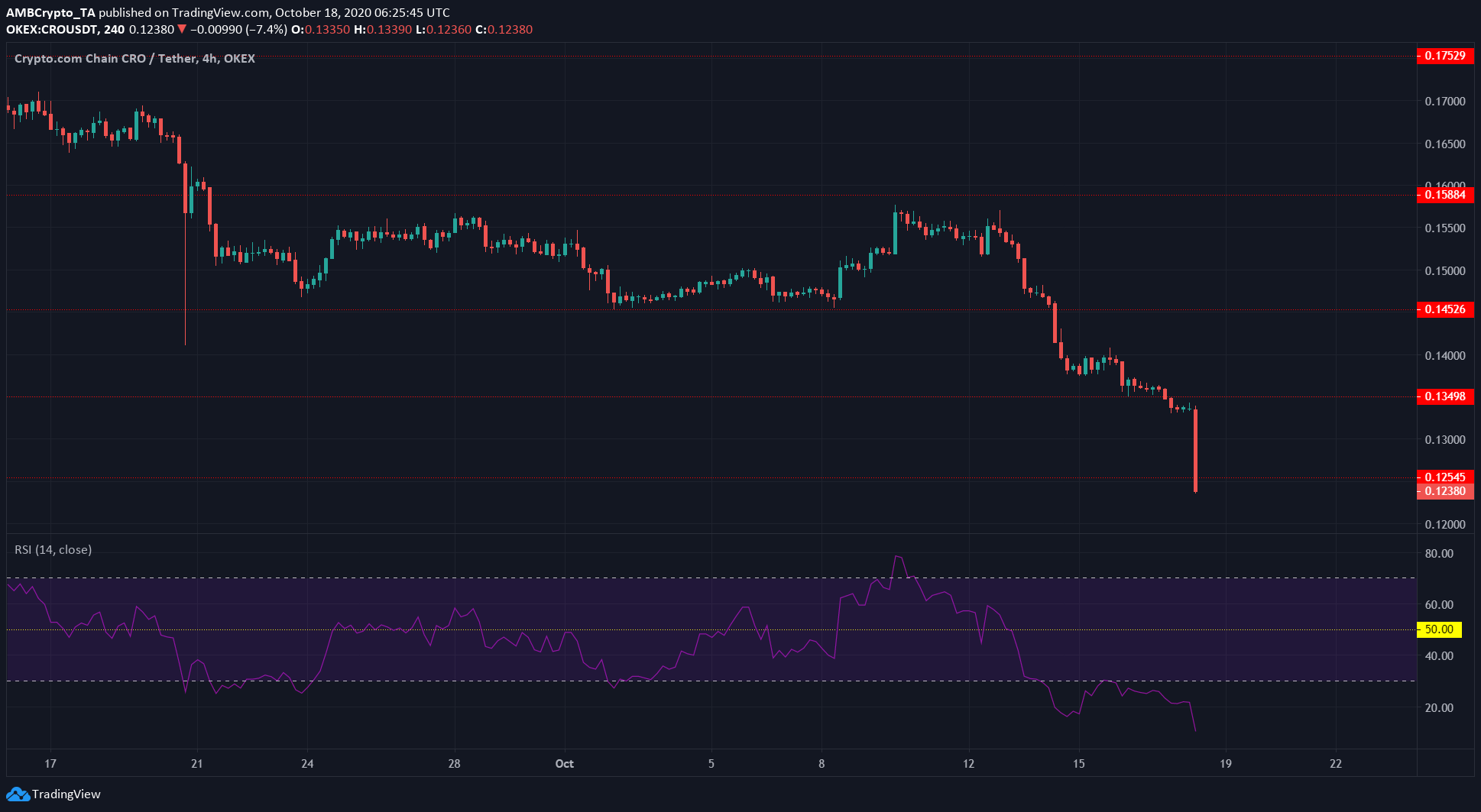 The crypto-asset might be under duress because its staking rewards were drastically reduced.

A few days ago, Crypto.com slashed staking rewards from 20% per annum to 6% per annum for users who held more than $5000 worth of CRO, after the exchange surpassed 5 million users for the first time.

These Bitcoin signals are similar to its 2017 glory days

KuCoin hacker on the move; Stolen funds worth $665K transferred