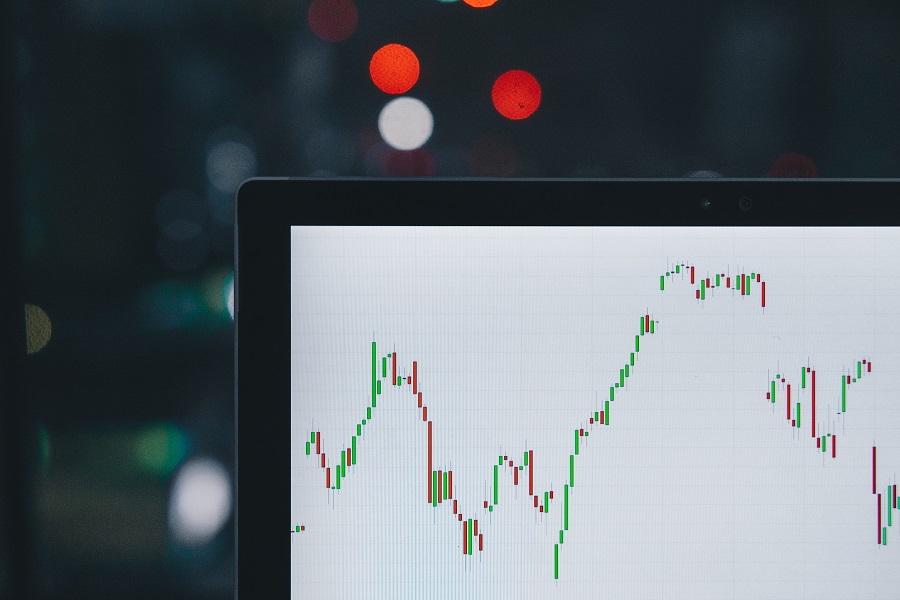 With Bitcoin‘s recent free fall, a lot of speculations are being made by several crypto-enthusiasts regarding the coin’s future price movement. While some predict that the price wouldn’t see a further fall, many others are not so optimistic.

In fact, BTC Trader and analyst Josh Roger has predicted that he does not see money flowing back into Bitcoin soon.

So unless stocks rally, or you convince your entire town to buy Bitcoin

‘PenarthUdi,’ a pseudonymous TradingView user also published an analysis and predicted that in his “personal opinion,” Bitcoin would never see such low numbers again. He added that this “impressive fall” was Bitcoin’s “surrender” phase and that the coin is all set to rise to new highs now.

Veteran Wall Street trader and cryptocurrency analyst Tone Vays is the latest to comment on this. In a recent video, Vays stated that Bitcoin would undergo a major pullback again, before gearing up for its next long-term bull run.

“The daily chart is only on a red 6. Now, in order for us to get a red 9, we would need the price of Bitcoin to fall in three days from now to fall below $4,800. I honestly think that has a chance to happen but the stock market also has to continue to have problems.”

Vays made the video on 13 March, so we’ll have to wait for two more days to see if he gets it right. Interestingly, Vays had also stated back in November 2019 that Bitcoin would go below $7,000 before May of 2020. He asserted that he wasn’t expecting a bull market to take off until 2022. Reiterating his stand that Bitcoin will fall below $5,000, Vays said,

Bitcoin not out of the woods yet 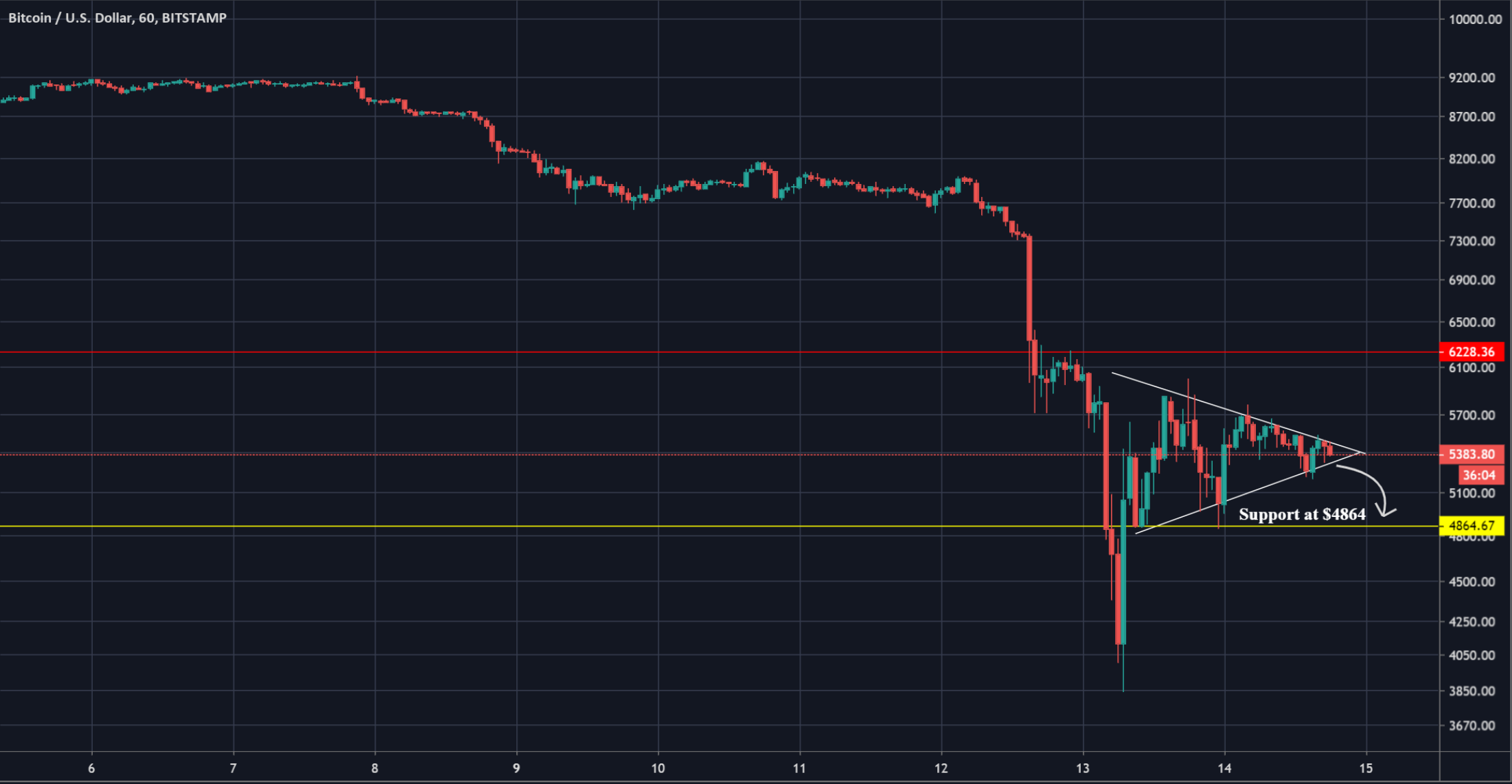 Bitcoin, at press time, was trading at $5383.80. From the attached chart, it can be seen that the price has entered the symmetrical triangle, which indicates an upward breakout 60% of the time. Considering the other 40% probability, if the price falls again, it might find support at $4864. On close consideration, the bulls may not be able to sustain longer, so the King coin is not out of the woods yet.

Was the sell-off initiated by institutions?

Bitcoin developer Jimmy Song also took to Twitter and claimed that the sell-off was initiated by financial institutions. However, Mike Novogratz, the CEO of Galaxy Digital, was of a contrary opinion.

He stated that institutions had nothing to do with Bitcoin’s price drop, adding that in his view, the sell-off was made by leverage traders since institutions cannot sell that fast. Novogratz referred to it as “panic selling.”

That wasn’t institutions. That was a leveraged washout. Institutions aren’t fast enough to sell like that. That wa panic selling from people who bought on margin.

Related Topics:Bitcoin halvingTone Vays
Up Next

Monero, like Bitcoin, may be benefiting from maturity, name recognition