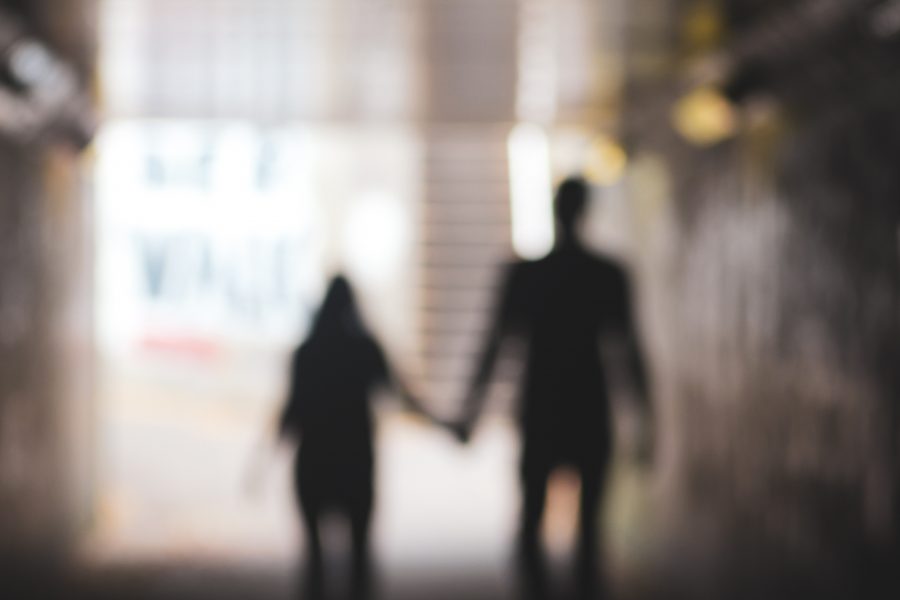 Yup, we’re back to the safe-haven days.

Digital gold and tangible gold are mounting a partnership as the global stock markets take a massive beating. The correlation between Bitcoin and gold has jumped to a massive 14-month high as tensions regarding Covid-19 raise questions about both assets’ “safe-haven” claims.

According to data from skew markets, the 1-month correlation between Bitcoin and Gold is now at +40.7 percent, an increase of over 200 percent since the beginning of the year when the correlation was as low as -37 percent, according to the scale. 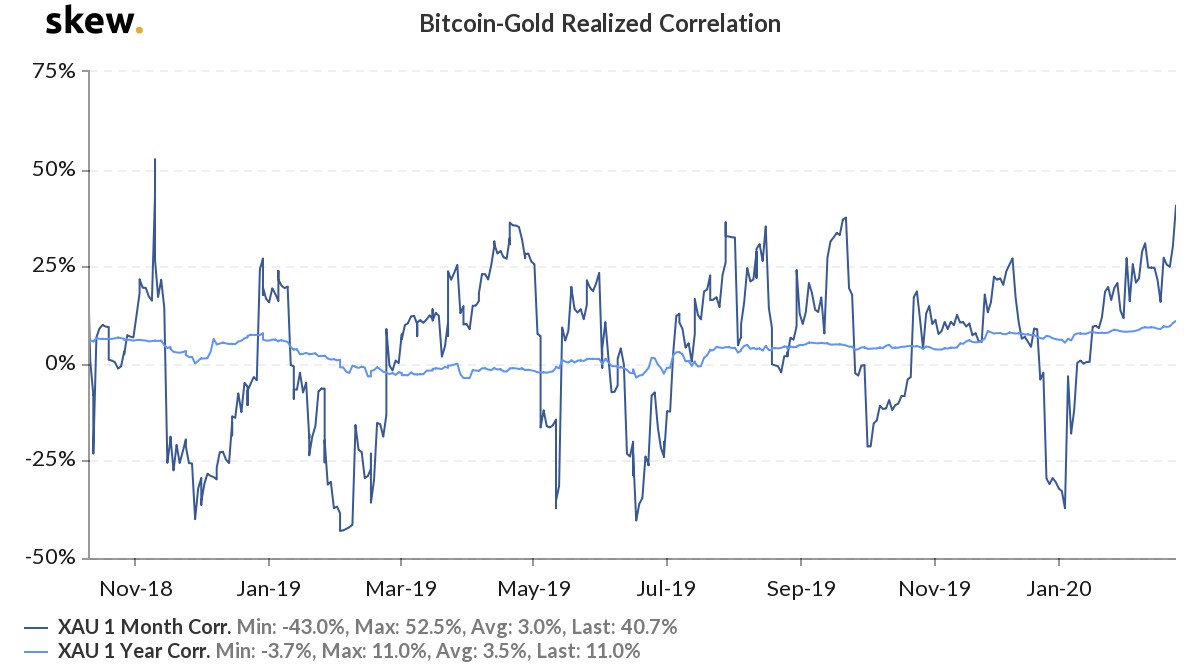 Here, what’s notable is that this correlation came after the two assets had a similar macroeconomic year in 2019. As political and economic tensions engulfed Hong Kong, Argentina, and Venezuela, among other nations, and global markets bore the brunt of the US-China trade war externalities, the two assets saw like-for-like movement, with the safe-haven argument surfacing.

From June to September of last year, the correlation between the two jumped from -40 percent to +37.6 percent.

While gold has been taking off as overseas COVID-19 cases began piling up, Bitcoin’s movement was less straightforward. The cryptocurrency, over the past month, broke and sank below the $10,000 mark. At press time, it continued to drop further, trading at $9,100, culminating in a series of bearish drops.

Gold, despite being at a YTD high of 8.63 percent, saw a massive pullback on 25 February, its price dropping by 1.4 percent over the day. This XAU drop was right in the middle of Bitcoin falling from $9,900 to $9,100 over the past few days and hence, the correlation peaking.

Amid the pandemic tensions, the equity markets saw its worst day all year, dropping by 3.42 percent on 25 February.

Industry sentiments around the risk-on or safe-haven claim of the two assets varied. “It’s all about context,” said Mati Greenspan, Founder of Quantum Economics, in a letter to investors. Traders on Wall Street, speculating on Bitcoin, among other volatile assets, see it as a “risk asset,” while citizens in economically-shaky countries see it as “undoubtedly a sage haven.”

“The declines so far this week have mainly been focused on profits and earnings. The realization that if the risks do end up growing free money might not be enough to get us where we need. So we see some declines.”

Differentiating the safe-haven argument between safety against declining profits and safety against monetary policy-based issues, Greenspan stated that Bitcoin provides the latter. “So far, the stocks don’t seem to have realized any of these threats,” he closed.

That is not what I said.

How is gold doing?