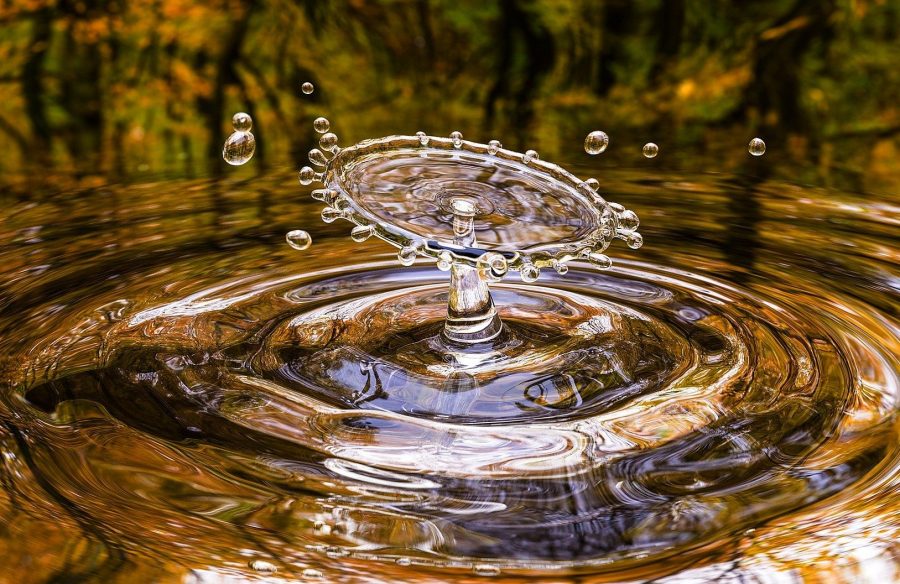 Derivatives took center stage in 2019, a year when Bitcoin rose from under $4,000k and rallied above $13,000. Unfazed by the volatility was BitMEX, a crypto-trading and derivatives platform that recorded a significant number of institutional investors flocking in with their capital.

A solid 50% drop from its year high, press time, Bitcoin’s largest fall of 2020 has impacted the derivatives realm as well. The ripple effects were felt on one of the most dominant derivatives players in the scene – BitMEX. However, its dominance has appeared to dwindle in the last couple of months.

BitMEX’s Open Interest for Bitcoin has fallen by a solid 40% since 12 March, a day when the figure was registered to be $122k, whereas on 17 March, it was down to 72k. According to the BTC Futures chart on Skew markets, Open Interest did spike on 13 March, on the same day as when Bitcoin’s price bounced back from $4.2k to $5.1k in less than an hour.

Another spike was noted on 16 March, with Open Interest figures surging to $94k, around the same time when Bitcoin went to up $5.5k. However, the king coin’s price has been declining ever since and so has the OI figure on BitMEX. 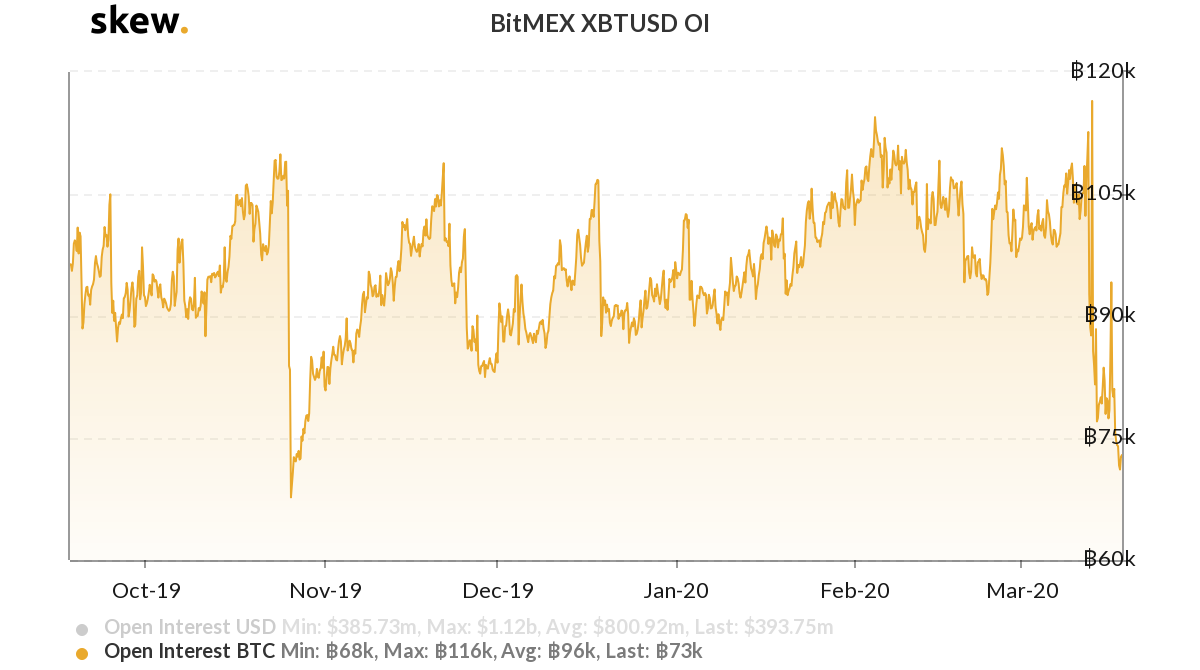 The Open Interest for Bitcoin Futures on BitMEX’s long-time rival, OKEx, fell sharply by over 50% from 11 March to 13 March, with the same continuing to decline since.

With respect to the Bitcoin Futures exchange volume, BitMEX’s value has taken a tumble. OKEx has outperformed and risen in volume numerous times in March. However, all the previous stints have ben brief and with a small margin. But, the latest drop has driven OKEx’s volume to post twice the volume to that of BitMEX in terms of BTC Futures.

This finding has been consistent for a while now and at press time, OKEx had recorded a 24-hour BTC Futures exchange volume of $4.0 billion, while that of BitMEX stood at $2.31 billion. 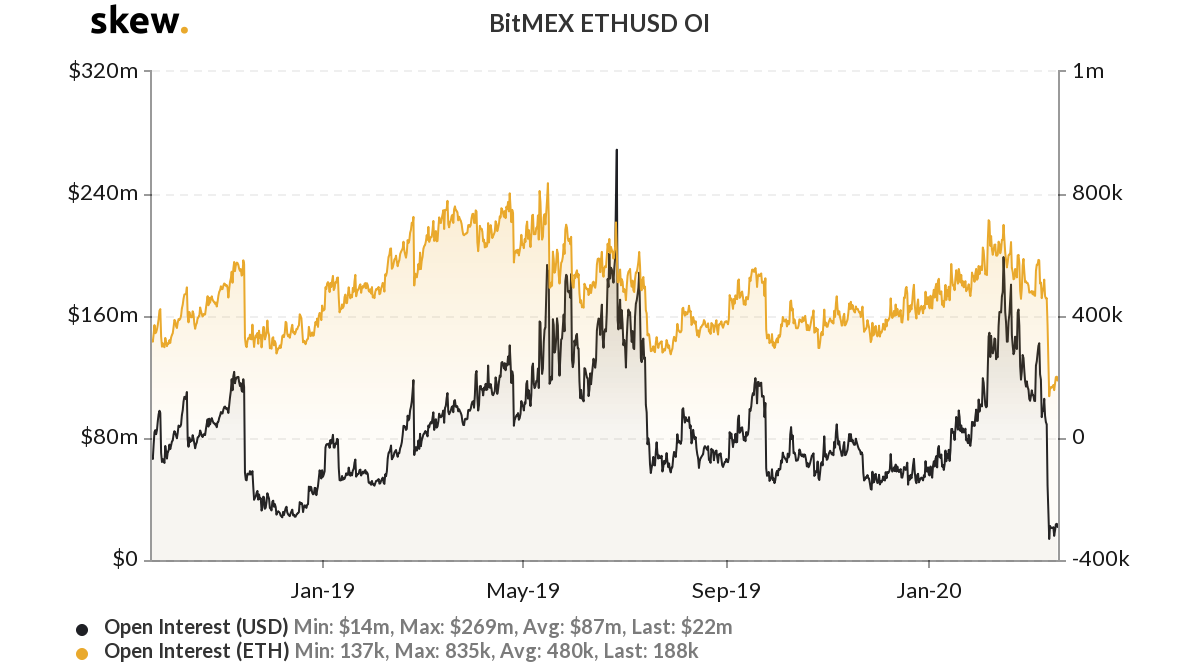 The decline in Open Interest was not restricted to BTC Futures alone BitMEX’s Open Interest for Ether Options also took a plunge to a new low of $165k on 14 March from $458k on 12 March, meaning a depreciation of nearly 64% in just two days. The figures on 17 March stood at $184k.

The declining Open Interest, buoyed by lower price level coupled with lower volumes in terms of price, has exhibited the weak underlying momentum of the Bitcoin market, something that suggests that the price movement of the king coin may be treading uncertain territory in the future.

Is India’s Wipro joining Hedera’s Governing Council a sign of things to come?