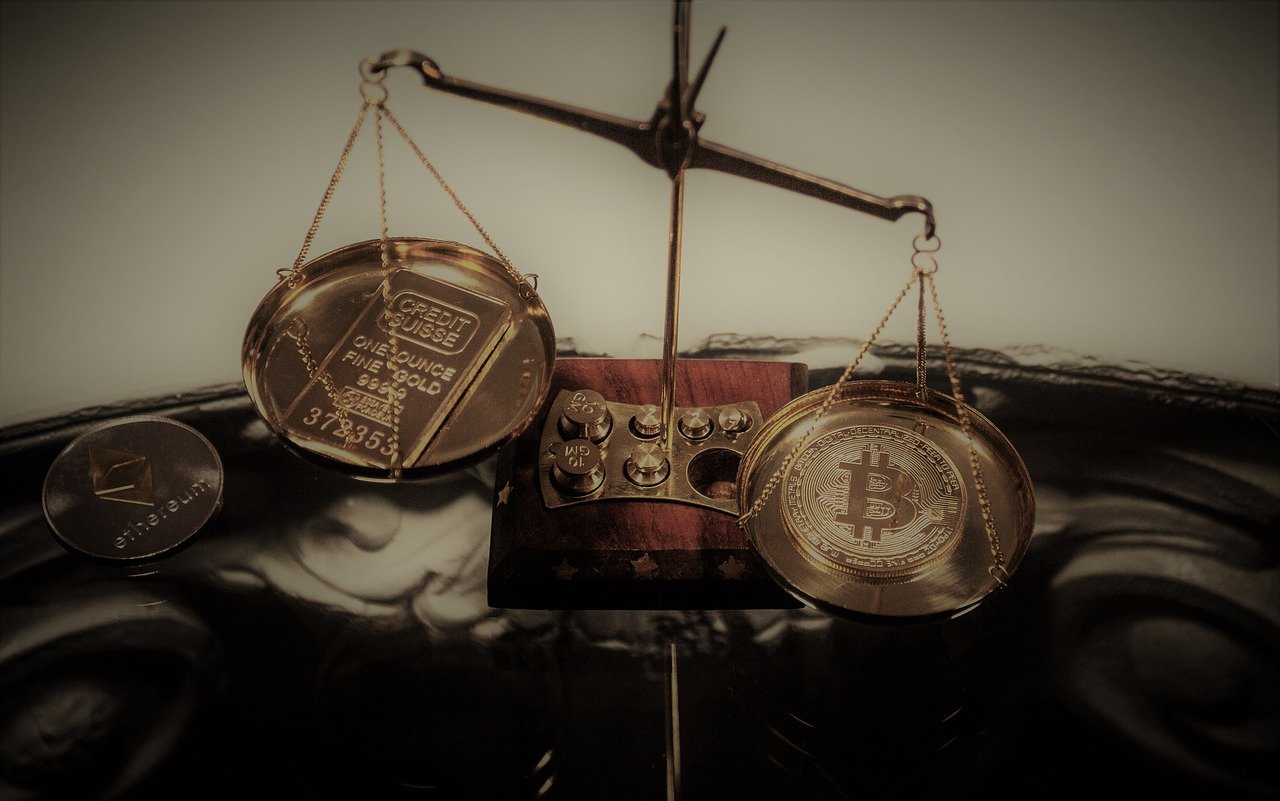 Bitcoin and Gold, just a few weeks ago, were noting what some would call “unnaturally high” levels of correlation– a figure of 73.6%. However, the said correlation soon dipped on the charts, with the BTC-Gold correlation registering a figure of -28%, at the time of writing. 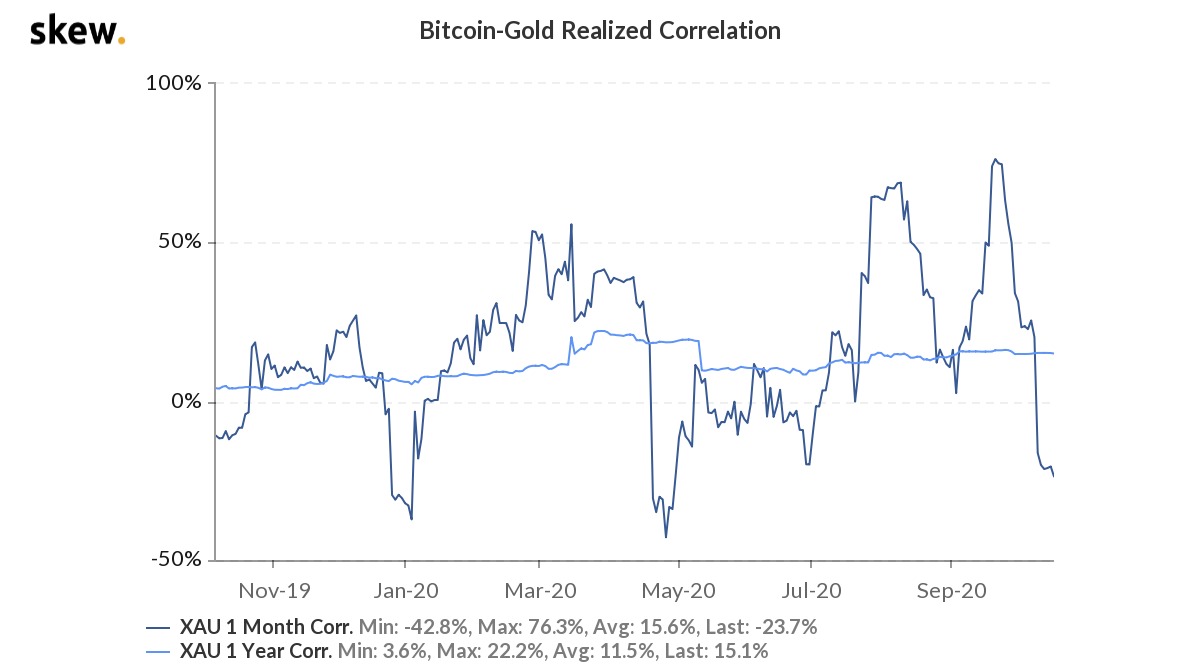 That’s not all, either, since at the same time, BTC was sharing a very high degree of correlation with the stock market too. 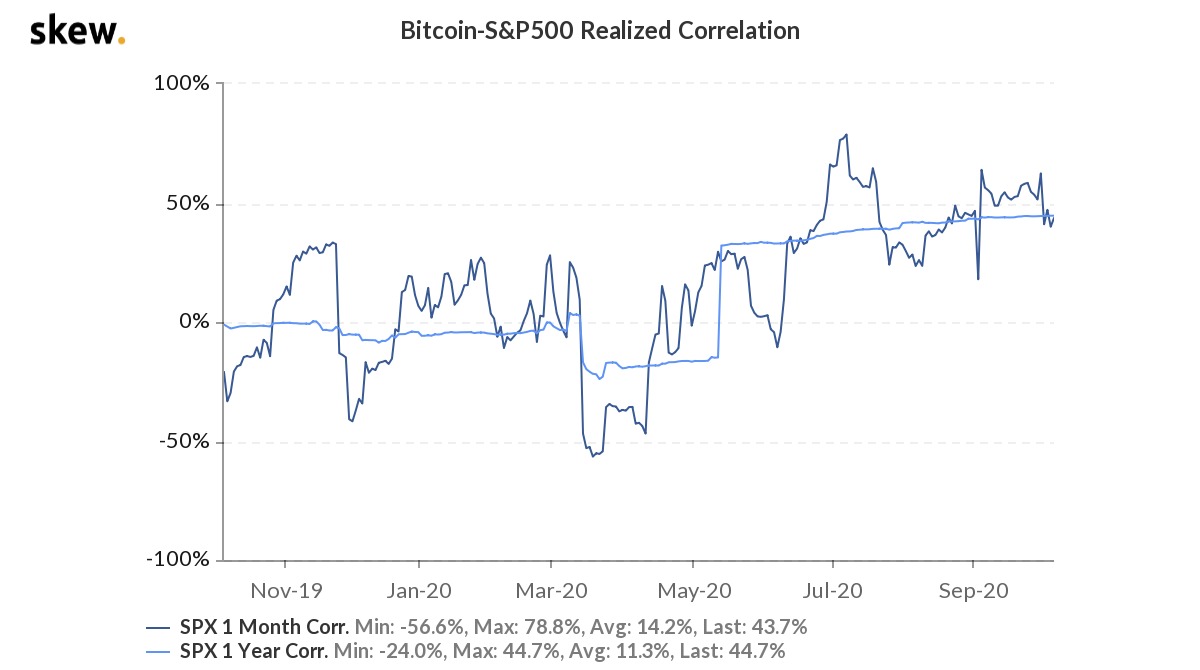 Interestingly, many people have perceived the previously observed correlation of BTC and Gold to be evidence of the ‘store of value’ narrative for Bitcoin. However, another argument is that this recent data may suggest that it behaves more like a growth asset, especially during inflationary times.

The report went on to further examine this assertion by using bond yields as an approximation for economic growth. The same yielded some important revelations that are worth noting. 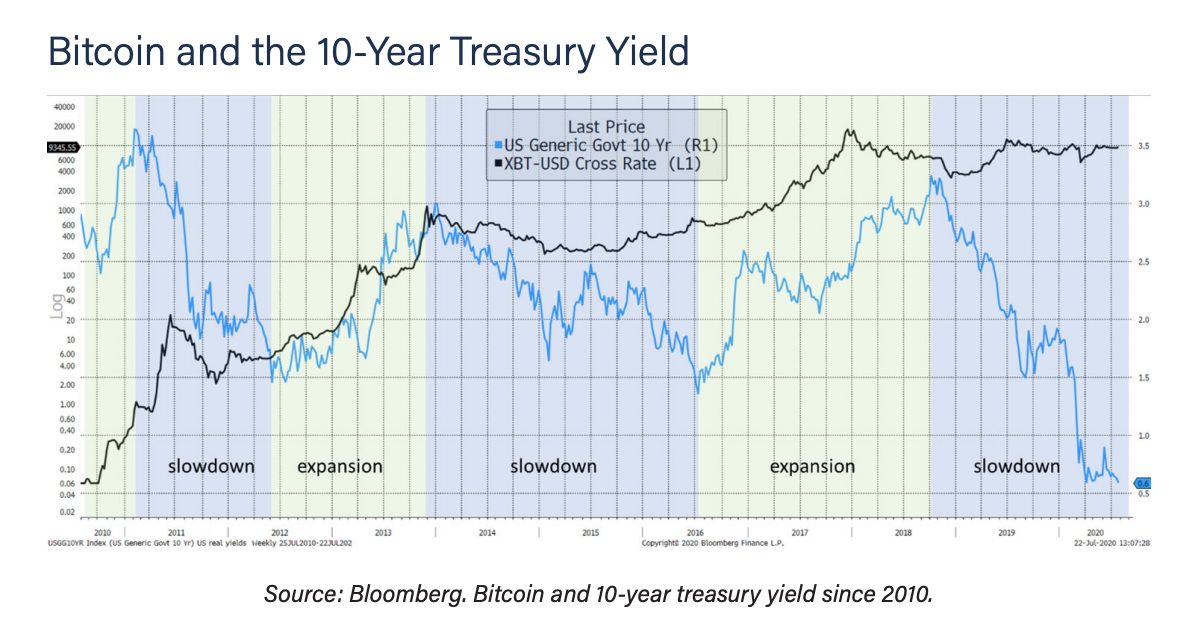 Owning Bitcoin during times of rising yields or economic expansion has resulted in better returns than when the economy has been contracting. Additionally, rising inflation, which reflects higher demand, has also coincided with some of Bitcoin’s best years.

It seems that Bitcoin likes the real yield to rise, but is more sensitive to economic strength than the deteriorating value of money. This is evidence that Bitcoin is not just economically sensitive, but also inflation-sensitive, and is an asset class that behaves exactly as financial stocks do.

While Gold likes real rates to fall, Bitcoin likes rising real rates, which allows it to be reasonably classified as a growth asset. However, its high performance during periods of rising bond yields and inflation grant it status as an asset with value credentials.

Although it is still early days as we attempt to classify Bitcoin into a particular type of asset class with any available data, perhaps we should re-imagine it as a complementary asset to Gold, instead of an alternative store of value. A portfolio that rebalances them according to the prevailing state of the macro-market can generate exceedingly high returns.