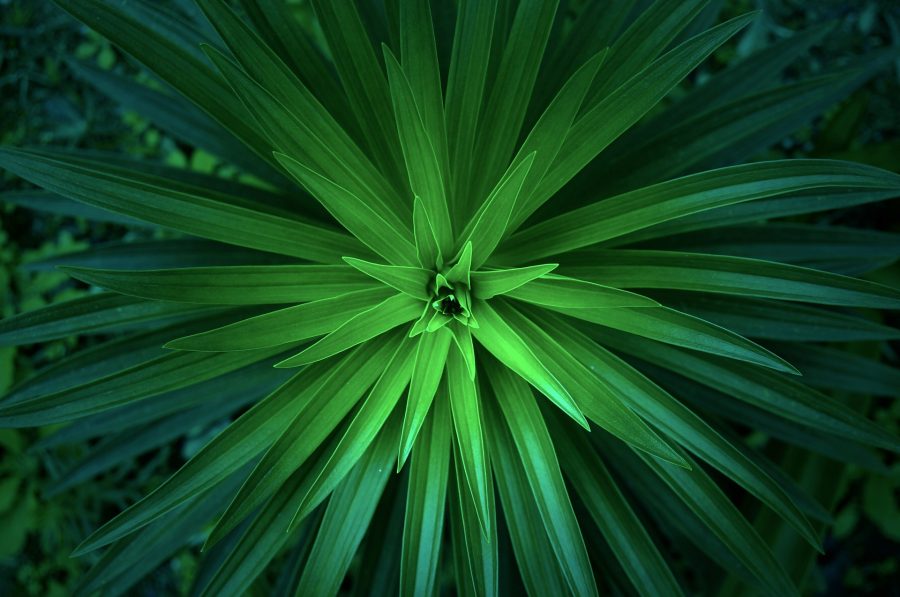 Bitcoin has endured a turbulent few days, with the price of the king coin dropping to a price of $8,736, at press time. Derivatives are a crucial element towards determining market sentiment and at press time, the derivatives market was suggesting that market makers are anticipating another bearish pull as the Bitcoin halving nears. It would seem now that the traders are clearly hedging their bets.

The latest tweet from the data analytics platform Skew suggested something similar. The platform tweeted,

Skew further noted that the Bid/Offer [B/O] spread to trade $10 million worth of XBTUSD contracts on BitMEX, a platform which has been a dominating force in terms of Bitcoin perpetual Futures for a long time, was nearing to 10 bps this week.

Looking at the Skew chart, the B/O spread for trading $10 million worth XBTUSD contracts on BitMEX’s platform spiked from 0.20% on 23 February to 0.29% on 29 February. The spread touched 0.30% briefly on 28 February. The latest trend in the B/O spread is indicative of a decline in terms of liquidity on the platform. 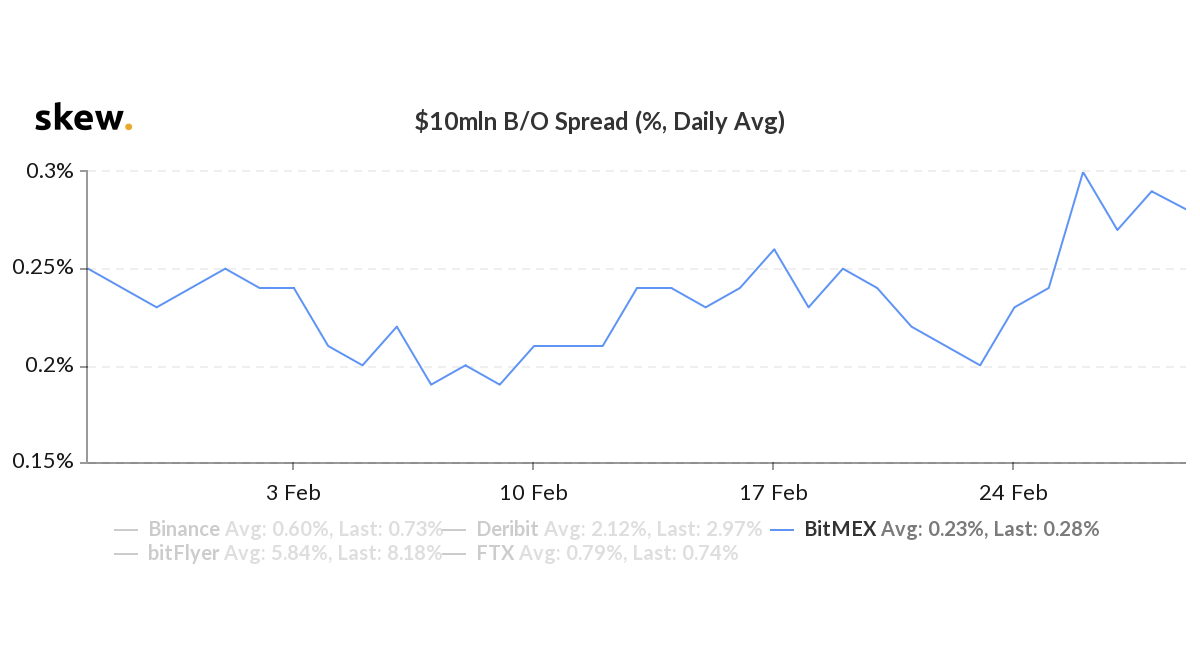 Over the past three months, Bitcoin has recorded a roller-coaster price movement. However, the latest trend reversal coincided with the price drop. In terms of its price, Bitcoin sustained losses of 13.91% after a drop from trading at a valuation of $10,145 on 20 February to $8,736 on 29 February.

The Bid and Offer spread is an important indicator for determining the liquidity of the platform, meaning, higher the spread, lower the liquidity. Besides, the B/O spread of contracts worth $10 million on BitMEX also spiked briefly to a whopping 0.53% on 18 December when the price of the king coin dropped from $7,156 on 16 December to a low of $6,622 just two days later.

According to popular crypto-platform CoinGecko, XBT/USD accounted for 79.17% of BitMEX’s total trading volume, a metric that fell to $4.431 billion, at press time.

BitMEX’s Open Interest [OI], a measure of market activity, has also witnessed a significant drop. The OI on BitMEX as registered by CoinGecko’s chart was found to be at $1.768 billion on 26 February and after declining over the latter part of the week, the figures stood at $1.540, at press time.

This plummet suggested a bearish sign with numerous long positions, either closed or liquidated, during that time. The retail investors were on hold with their trades.

Additionally, Deribit also witnessed a spike in the Bid and Offer spread of Bitcoin for a $10 million quote size. The B/O spread on the platform showed a decline over the last 3 months, indicating a steady increase in its liquidity. However, it spiked from 1.9% on 27 February and was nearing 3% two days later.

Binance, on the other hand, dropped to 0.72% after a parabolic increase in the spread following the price decline.

Related Topics:bitmexSkew Markets
Up Next