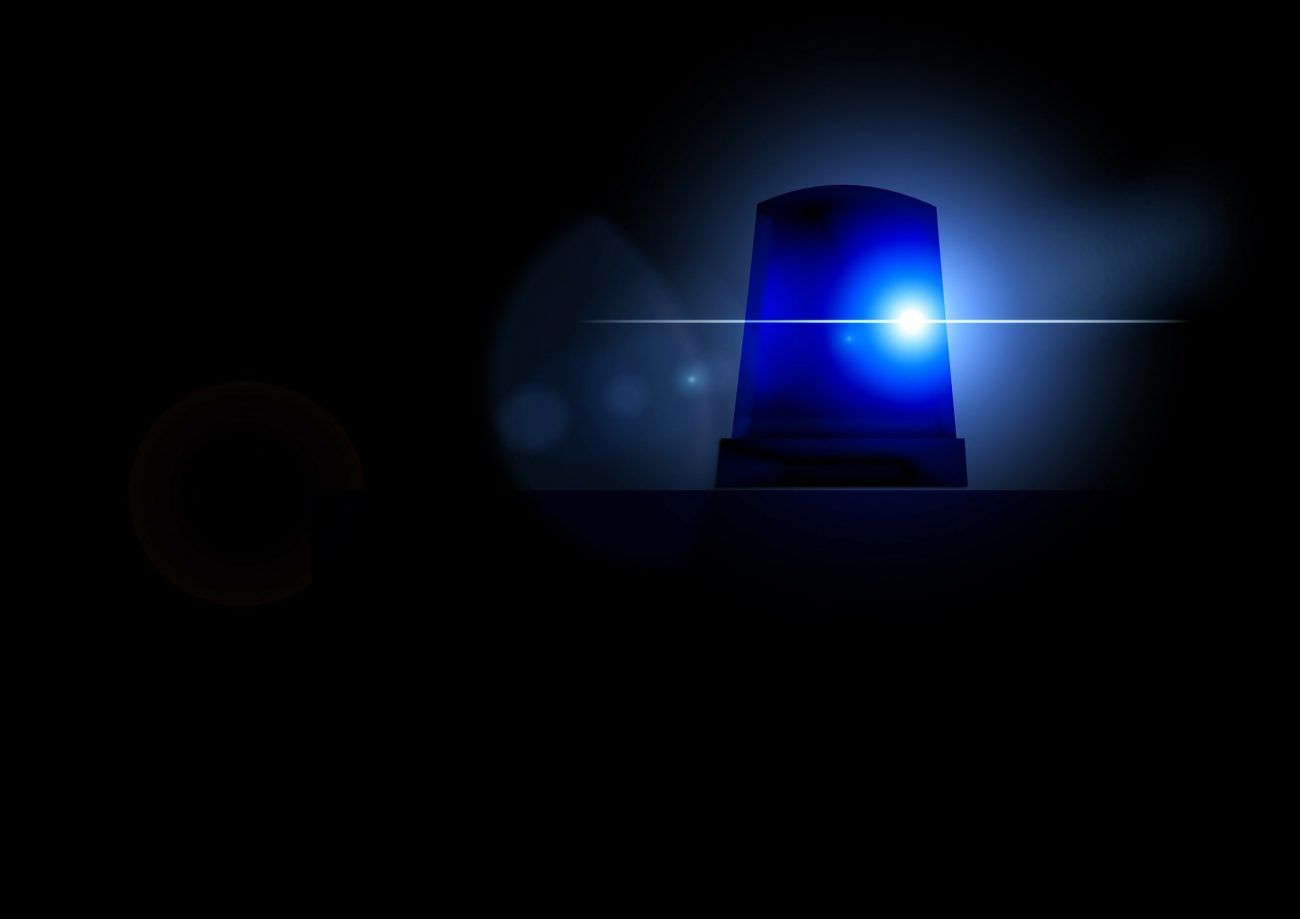 Bitcoin difficulty saw one of the largest resets recently and this was a result of a 50% plunge in price. However, the statement is not as simple as it seems as the drop in price contributed to a lot of miners operating at a loss, causing them to shut off mining rigs. This would eventually lead to a decrease in hash rate, leading to the difficulty adjusting accordingly.

Even with the above explanation, there is more to it than what meets the eye to the recent difficulty adjustment. In fact, difficulty drops like these have happened often in Bitcoin’s lifespan. A total of 52 drops in difficulty have been witnessed in Bitcoin’s lifespan; off these, there were some that were minor adjustments, while others were major. The following chart shows the three-largest drops, with all the other drops to put things in perspective. 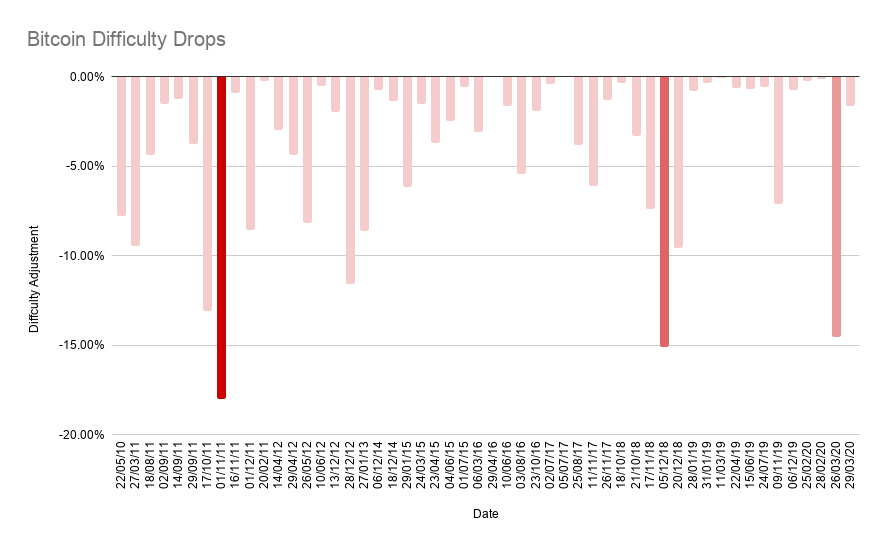 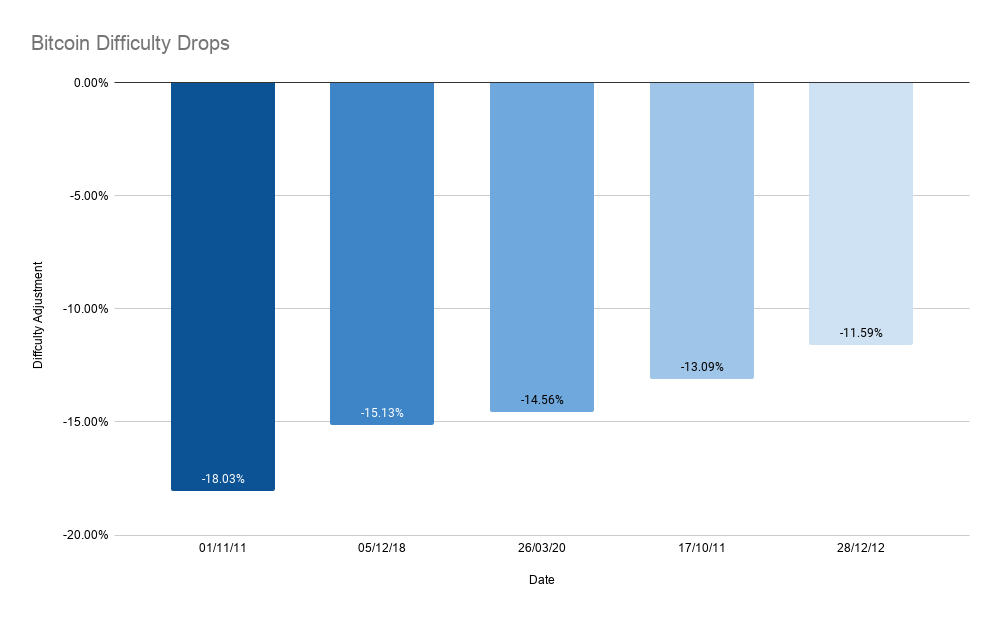 Hence, out of a total of 52 negative drops, only 5 were substantial enough to matter or affect the price of Bitcoin. All of these 5 drops in difficulty ranged higher than 10%. Arranging them based on the extent of the drop, -18.03% was the steepest drop in difficulty. This took place on 1 November 2011; however, this was not the first drop. On 17 October, the same year, a drop of -13.09% was observed, which, when compared, was the 4th largest drop in difficulty.

What lies beneath the difficulty and price correlation? 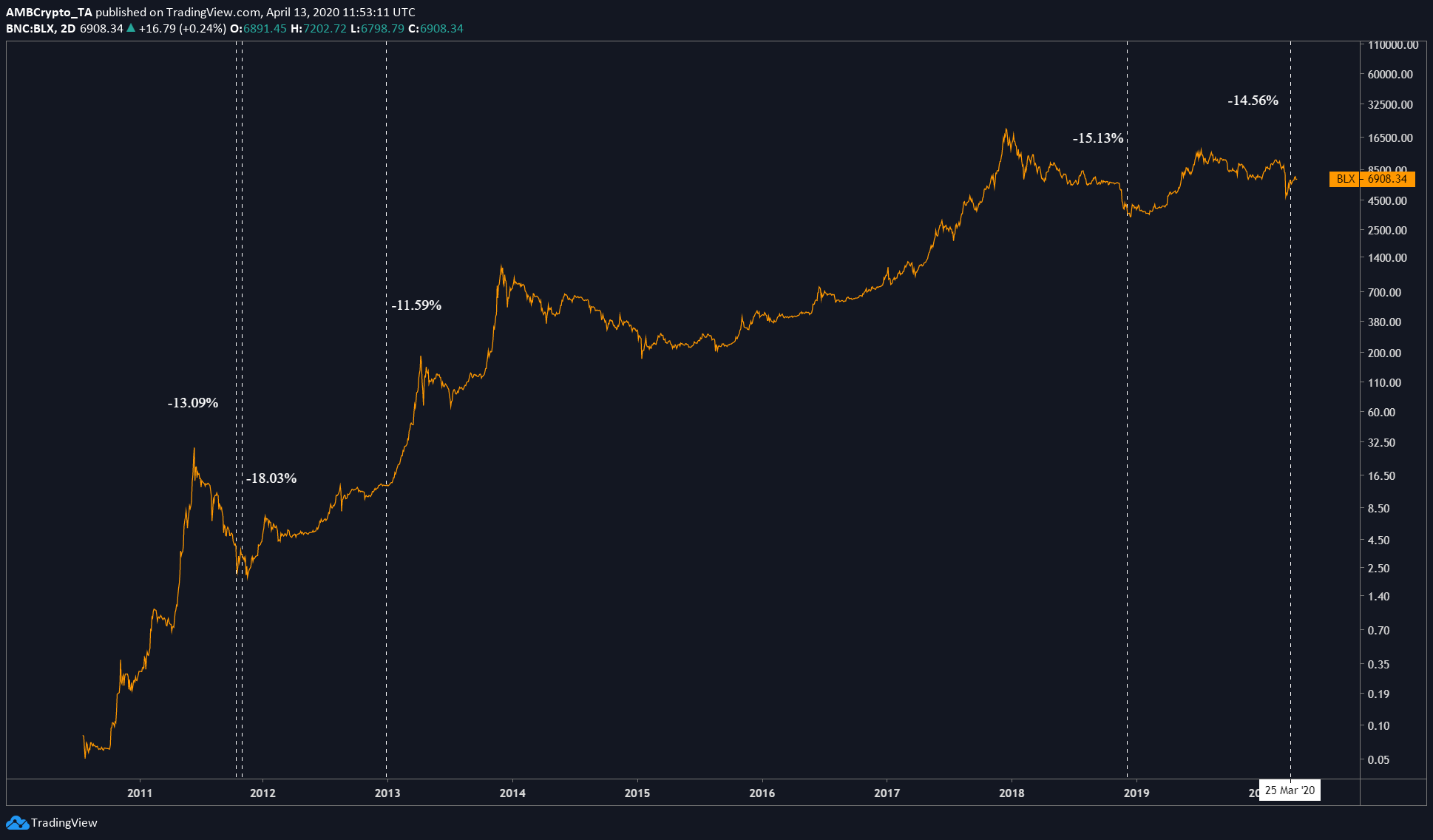 The 28 December 2012 difficulty drop [-11.59%] was an anomaly in that the price did not drop with it. However, like the ones before it, this adjustment paved way for a rally, one that pushed Bitcoin from $13 to $268, a 1953% surge. The “anomaly” of this difficulty drop could most likely be due to the large-scale introduction of ASIC miners.

In early 2011, CPU and GPU miners were starting to upgrade their rigs and in June 2011, FPGA [Field Programmable gate arrays were born] were all the rage. Butterfly Labs [BFL] were the first to announce an ASIC product at the time. However, the drop in difficulty could be due to the launch of a purpose-built mining rig by a company “ASICminer,” one that raised funds online and produced chips by 31 January 2013.

Perhaps, the shift from GPU mining into ASIC mining caused a drop in difficulty because from 2012 to 2013, the hash rate rose exponentially. 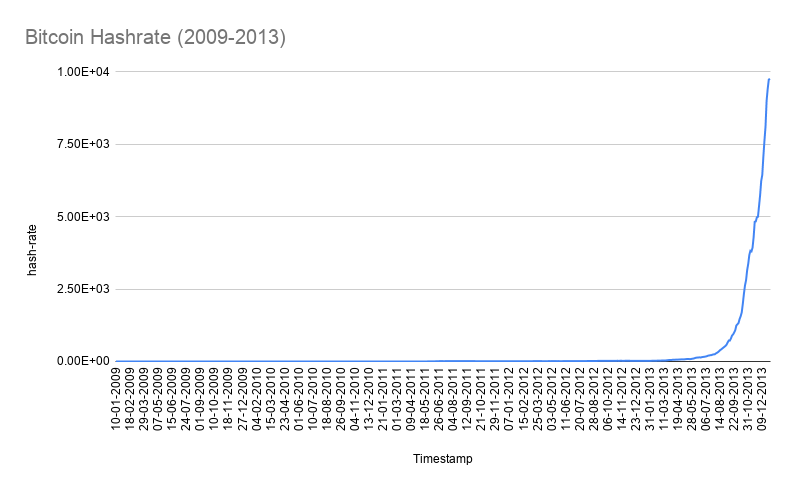 The next difficulty drop [-15.13%] took place on 5 December 2018, during the “hash wars” when Bitcoin Cash split into Bitcoin ABC and Bitcoin SV. It was when Roger Ver of the Bitcoin Cash camp disagreed with Craig Wright, the self-proclaimed Satoshi Nakamoto. This caused both camps to relocate their hash power from Bitcoin to their respective coins.

“Those who do not learn from history are bound to repeat it” or do they?

The last 4 drops in difficulty have suggested one thing – a temporary bottom for Bitcoin, which is followed by a surge of different proportions. So, if the surge were to take place now, this would be the best time to buy Bitcoin.

So, to sum it all up, Bitcoin difficulty and price have a deeper connection than previously anticipated. If anything, the latest drop will prove that drops in difficulty [greater than -10%] are usually indicators of local cycle bottoms.