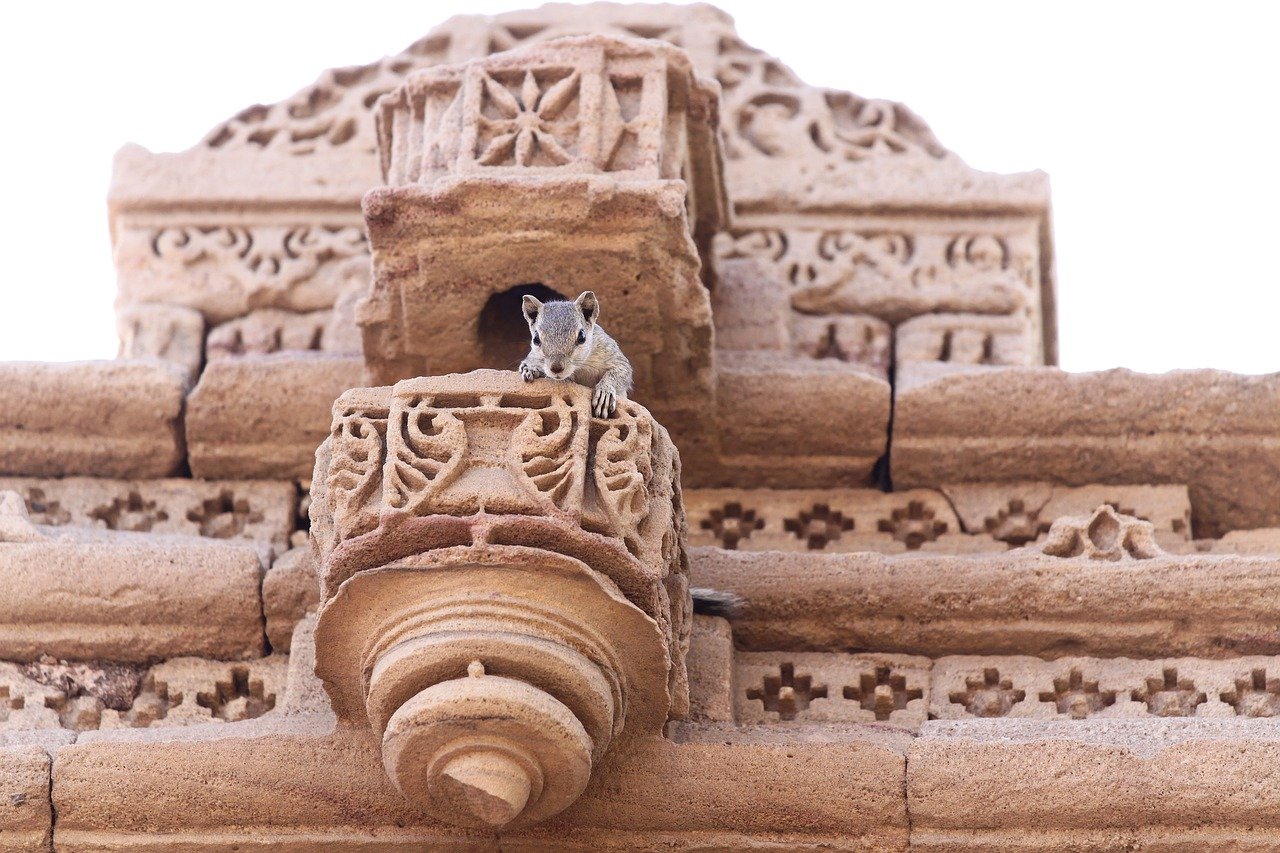 At press time, Bitcoin Cash was slightly down compared to the previous day by close to a percent, coinciding with weakening buying pressure in the digital asset. The Bitcoin cash market could thus be expected to record losses for a few more trading sessions until the bulls manage to solidify the buying momentum.

Further down the crypto-ladder, the privacy coin Monero was witnessing some volatility swings that might help in achieving a bullish reversal. Finally, the bears in Basic Attention Token were able to push the digital asset back to its immediate support level. 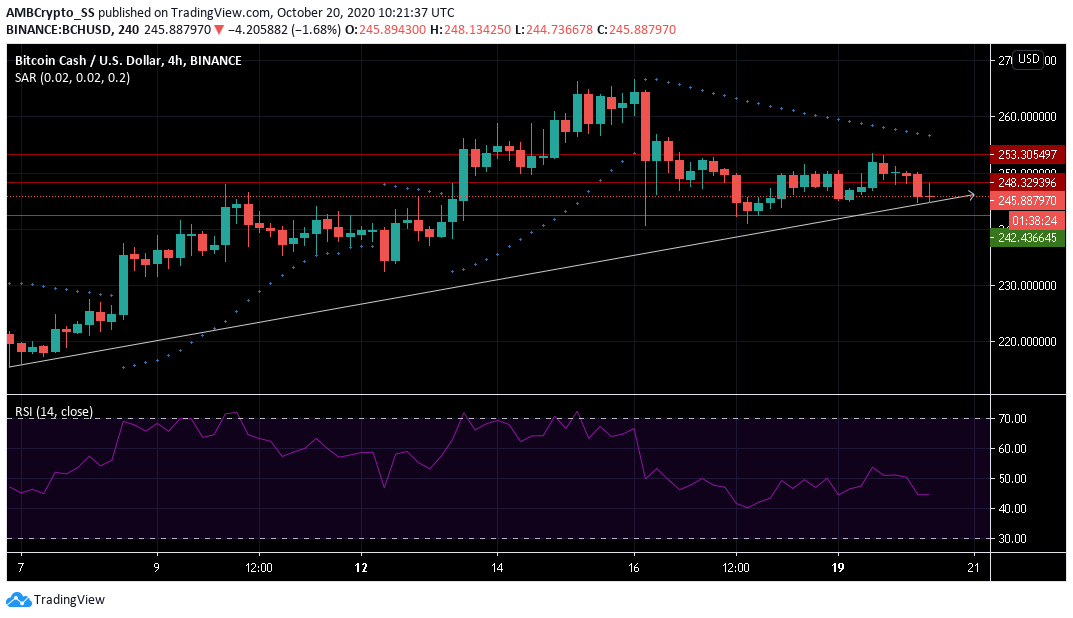 Through the second half of this month, Bitcoin Cash prices were drawing out a bearish triangle pattern after dropping down from the $266.6 level.

The formation of such a pattern was indicative of a potential downtrend, as can be seen from the charts. At the time of writing, the Relative Strength Index, noted weak buying pressure, and RSI dived below the neutral 50 zone.

The dotted lines of the Parabolic SAR above the candles were signaling a downward price trend for the cryptocurrency.

Price levels were further seen diving towards the $242.43 level of support, as the bears continued to maintain a selling pressure. 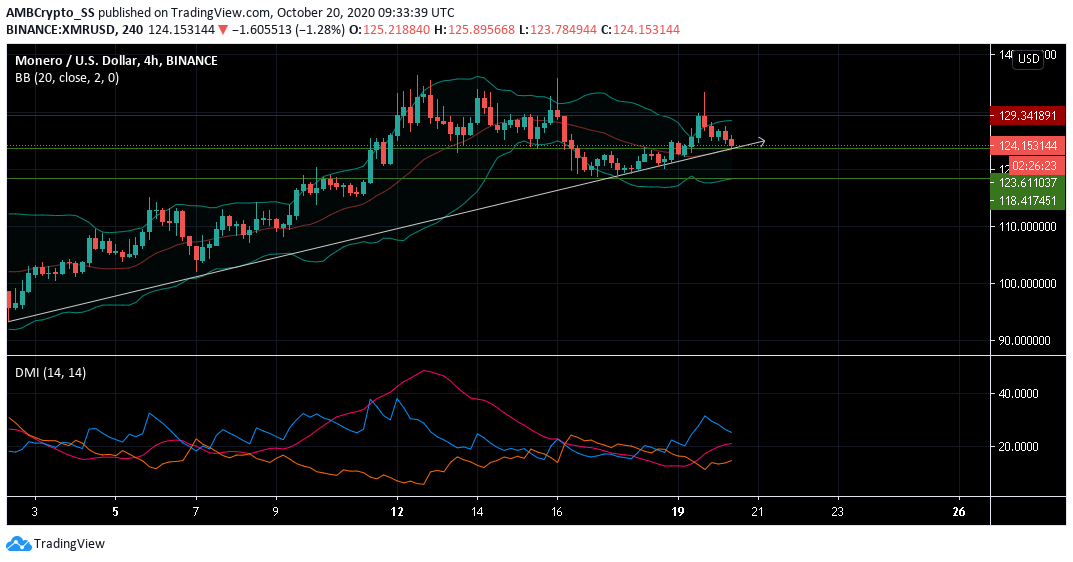 Monero over the past few trading sessions, broke out upwards after it had continued to trade within the $123.61 and $118.41 range.

The Directional Movement Index underlined an upward price trend for the digital asset as the +DMI lay above the -DMI.

This hinted towards the presence of an overwhelming buying interest, despite the recent price dip witnessed at press time.

A price action favoring the bulls could also push the prices back up, given the high volatility levels observed due to the diverging Bollinger bands. A bounce above the $123.61 support level, could confirm a change in trend to bullish. 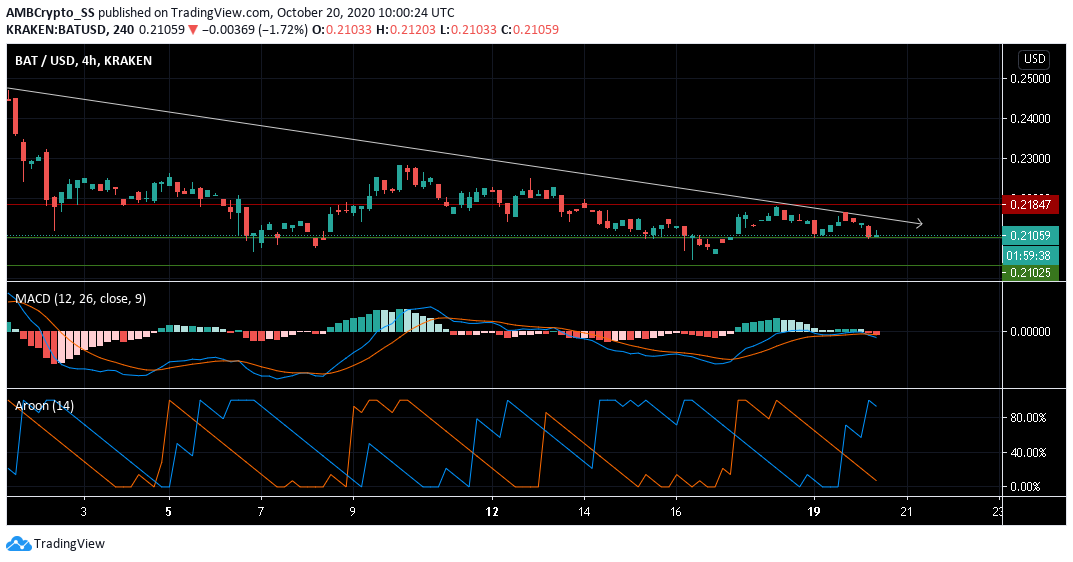 The Basic Attention token during the last few days displayed price oscillation between the $0.210 and $0.218 support and resistance levels.

In fact, failure of the bulls to claim the immediate resistance showed that the BAT market was likely to record losses over the next few trading sessions. The level of selling pressure was further visible from the bearish MACD crossover seen at the time of writing.

Aroon Indicator too confirmed the presence of a downtrend, with the Aroon Down (blue) shooting above the Aroon Up (orange). Such movements suggested that more bearish sessions for the digital asset may be ahead.

Investing in Bitcoin: When is it too risky?