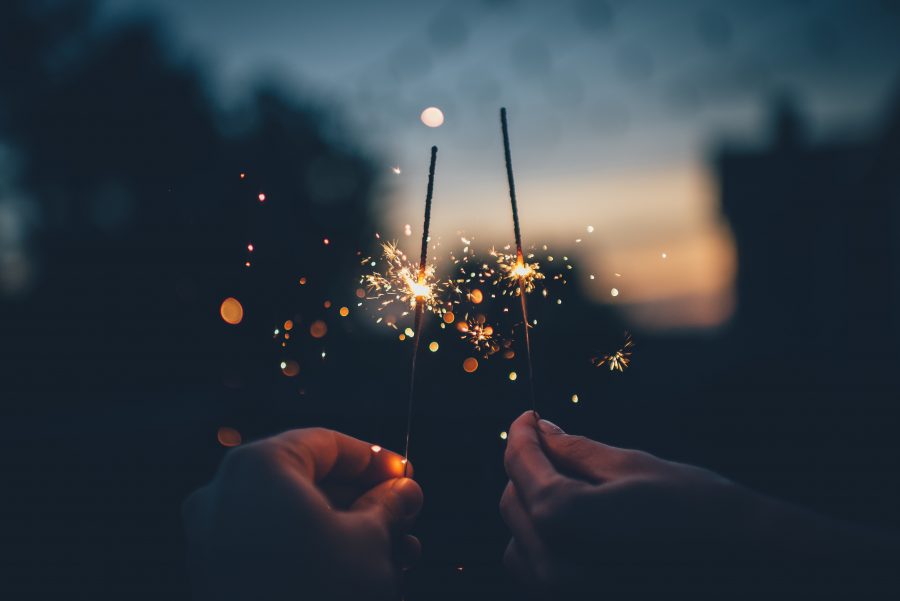 Bakkt is back in the game.

After a disappointing start, the Intercontinental Exchange’s digital asset platform is making its presence known. The Bitcoin Futures volume on Bakkt soared past its all-time-high of $10.8 million and is now poised to break the $16 million mark.

On November 8 and November 9, as Bitcoin dropped by over 5 percent on the daily, moving below the $9,000 mark, the price volatility has sparked an institutional rush, it would seem. According to the ICE’s official website at 2130 GMT, the volume was placed at 1660 contracts, and the last recorded spot price of Bitcoin was $8,990, which would place the volume at $14.75 million, well over its previous high of $10.3 million that was seen on October 25, following Xi Jinping’s Blockchain comment.

Estimation put the volume, at the close of trading, at well over $16 million. According to data from Bakkt Volume Bot, a tracker of the Bitcoin Futures volume on Bakkt, at 0300 UTC on November 9, 1741 Bitcoin worth of contracts were traded, putting the volume at $15.48 million at 83 percent progress. Based on this trend, the volume at the close of trading day, would be equivalent to 1891 Bitcoins, trading at $8,895, and placing the final, end of day, volume at $16.87 million.

The significant surge in the number of contracts traded could be down to the volatility of the underlying asset. Bitcoin, between 0300 GMT to 1400 GMT on November 8 saw a 5.11 percent decline in price, leading to a drop below the short-term support placed at $9,100. At press time, Bitcoin was trading below $9,000 for the first time since the massive 40 percent pump seen last month following China’s embrace of blockchain technology.

Bakkt’s massive breakout, to some, is no surprise given the recent trend. After breaking past the $4 million mark on October 23, the volume has consistently been rising. The average volume has been well over $8 million over the past few weeks. Between November 5 to November 7, the volume was recorded at $10 million, $8.4 million and $7.7 million, respectively. 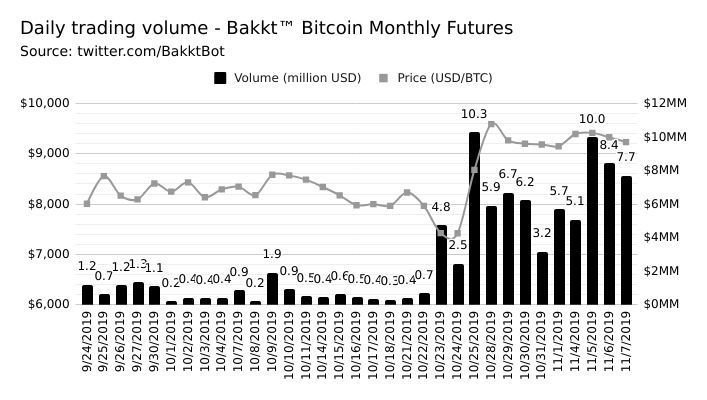 However, it should be noted that the initial weeks of Bakkt’s launch were not so fruitful. Deemed a “failure,” by many, between September 24 to October 22, the highest recorded volume for the platform was $1.9 million, a mere 11 percent of the total volume seen on November 9 alone.

XRP could rise through broadening wedge to $0.31 next week