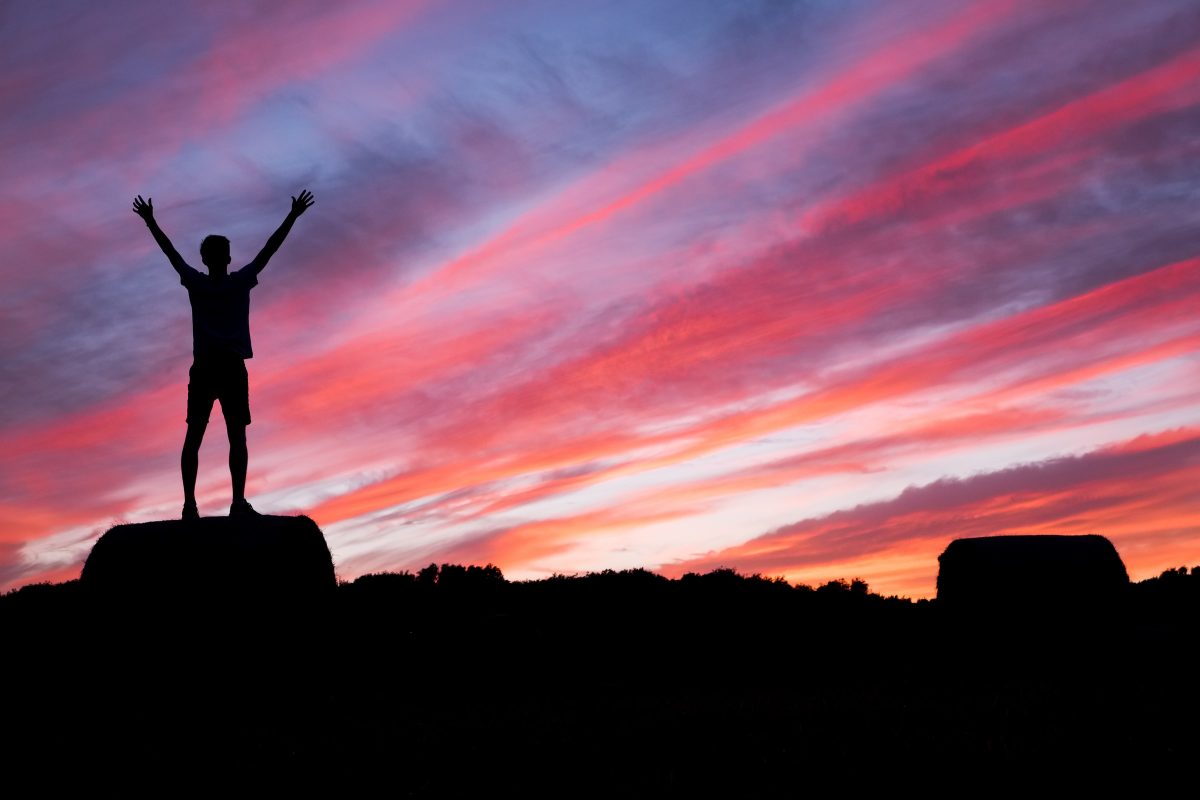 With a press time price of just over $11,300, Bitcoin was attempting to head towards its next high on the charts. In fact, at the time, BTC’s price was nearly 8% higher, when compared to the same a week ago, with 88% HODLers sitting on unrealized profits.

With the price climbing, HODLers are spending their Bitcoin and retail traders are torn between closing longs and waiting patiently. In fact, retail traders who chose the former are now possibly shying from too much risk exposure, because of which, Options are the ideal choice. This could be an exciting and possibly rewarding time for Options traders on CME and Bakkt as both these derivatives exchanges have registered growth in Open Interest over the past 30 days.

On the CME, the Open Interest, at the time of writing, was noted to be $534 Million, with the same on Bakkt reading a figure of $15 Million. While the OI on the CME grew by single digits, Bakkt recorded double-digit growth of 36% in the past 30 days. 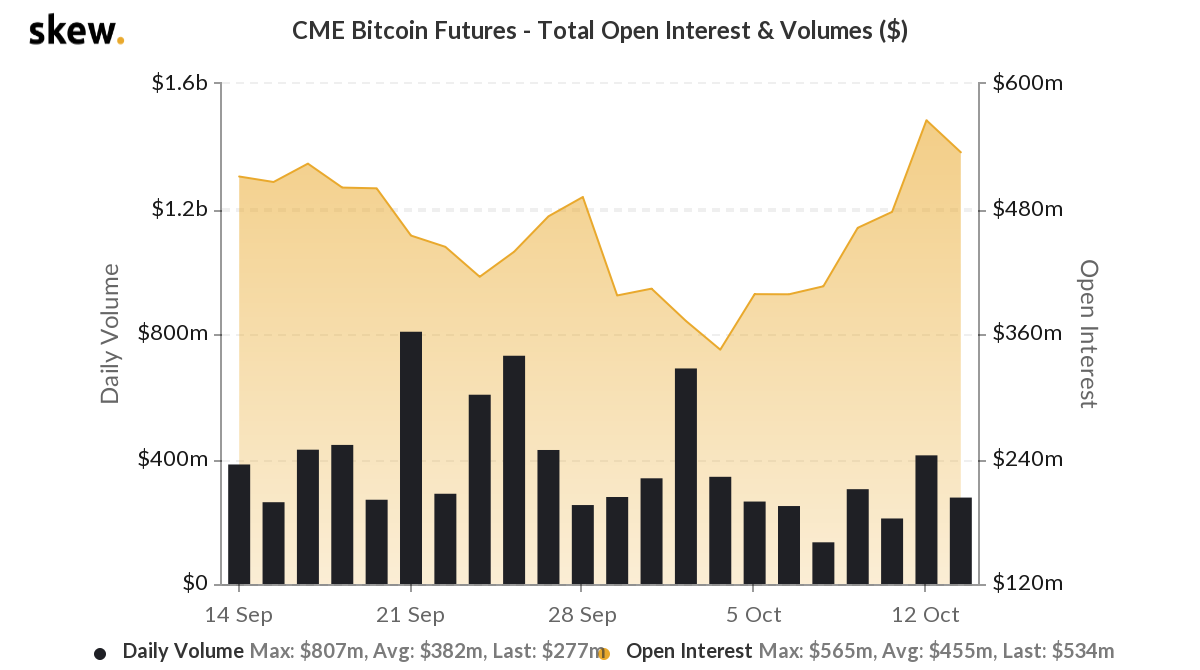 Though Open Interest is up, trade volume was still recovering on Bakkt. Complete recovery can only be expected possibly when the price records double-digit growth. Until then, trade volumes may be at the same level as at the start of the month.

With increasing Bitcoins inflow to exchanges, there is a fear that the price may not sustain itself above $11,000. Yesterday, BTC flows to exchanges recorded the biggest one-day percentage hike in 169 days, based on data from Chainalysis. HODLers’ Bitcoin was hitting exchanges after all. 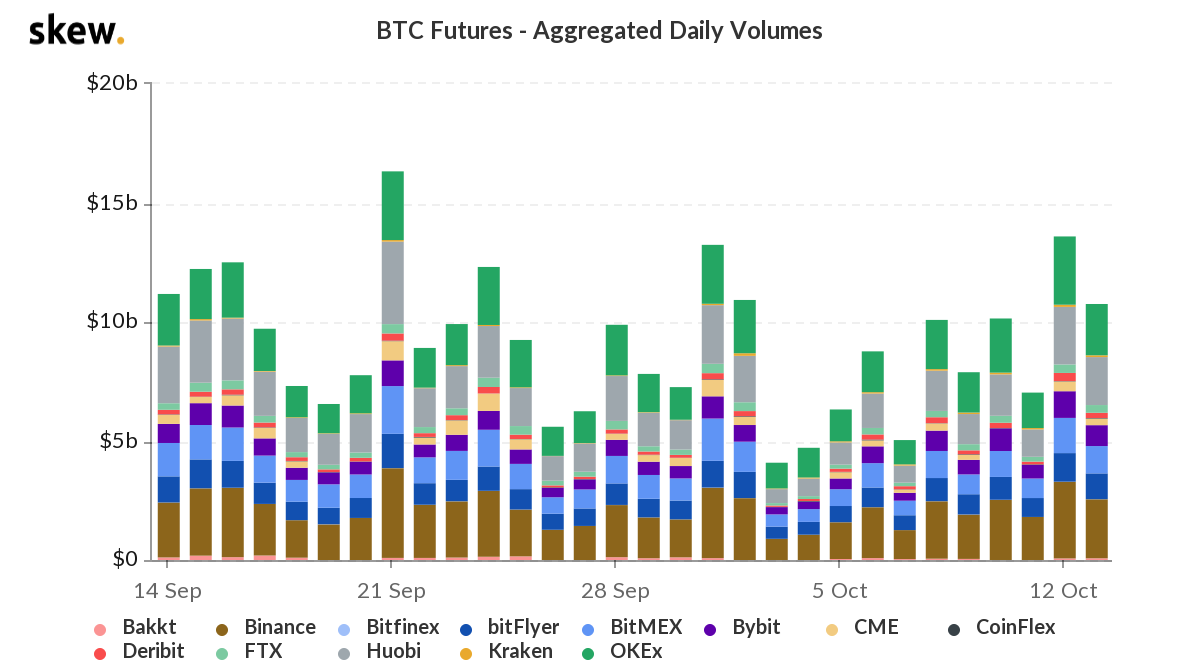 Recovery of trade volumes took nearly a month since the price dropped below $11,000. Now, with the Open Interest rising on the charts, aggregate trade volume may target the August level of $20 Million.